Another week of Dreadtober down and we are swiftly running out of the month. Check back on our progress so far:

Now on to the models themselves:

Well here we are, another week down. Doesn’t look like much but I’ve finished the sponsons and the removal of the mouldings on the original leopard model.

As I don’t like buying stuff to model with and get a real kick from using everyday odds and sods I’ve plugged the gaps it left with bits cut from a takeaway container lid. I’ve filled round the edges which I’ve yet to sand and shape. They’ll be mostly hidden by the turret section anyways.

Plan for the next week is to get it to the point I can start to paint. So I’ll be removing the detailing from the turret , fitting GW side skirts from the Baneblade sponson kit, a few panels on the top of the main sections from the Baneblade sponson kit too and making a brace for the volcano canon. Then maybe a few bits and bobs like search lights, aerials and imperial eagles etc.

Hope your projects are all going well!

Next step is tidying up the GS and plastic and spraying prior to painting. Basing will come last. 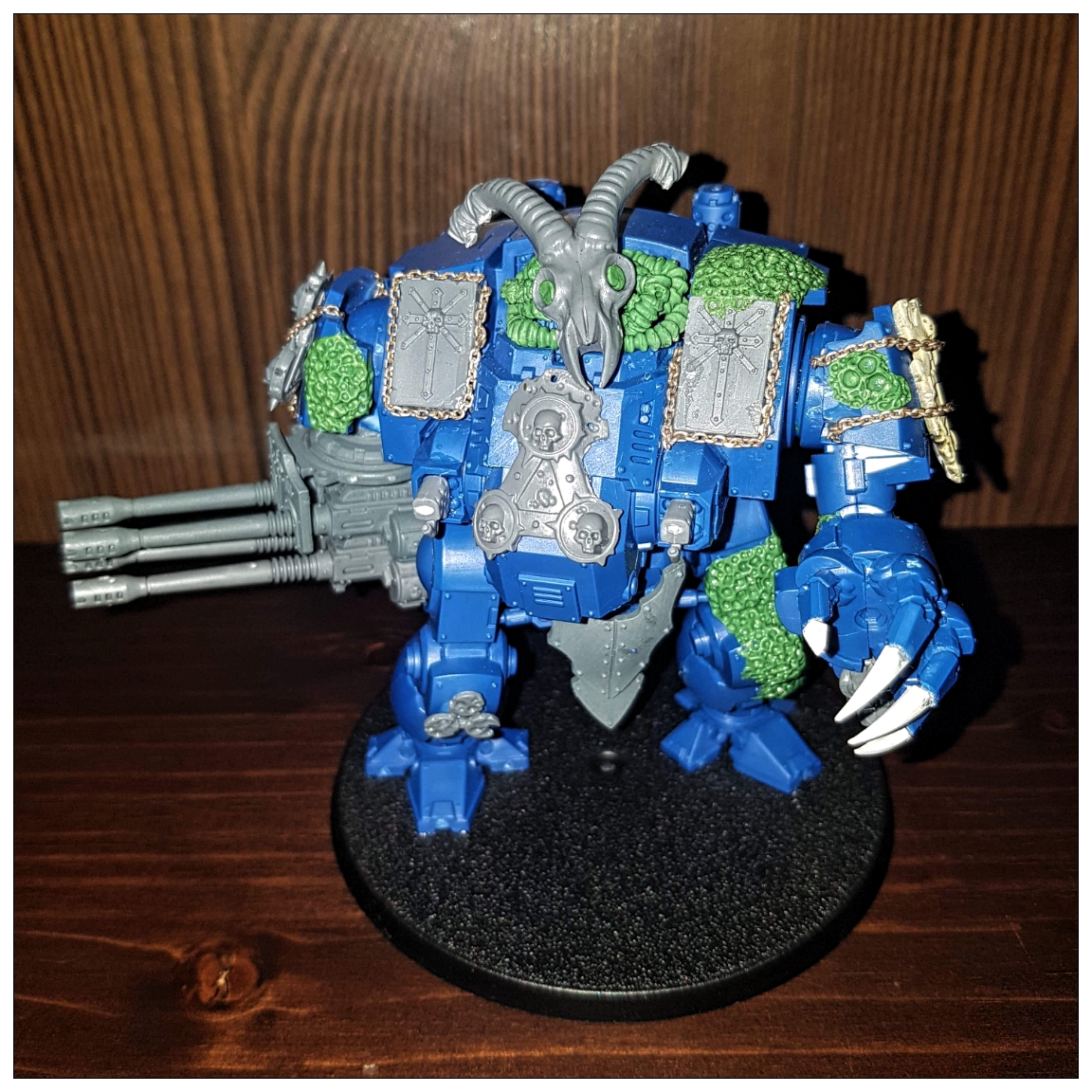 Happy so far with it. Nurgle’s traditional grime will add more depth to it once it’s painted as it’s very flat atm. Still a lovely kit. 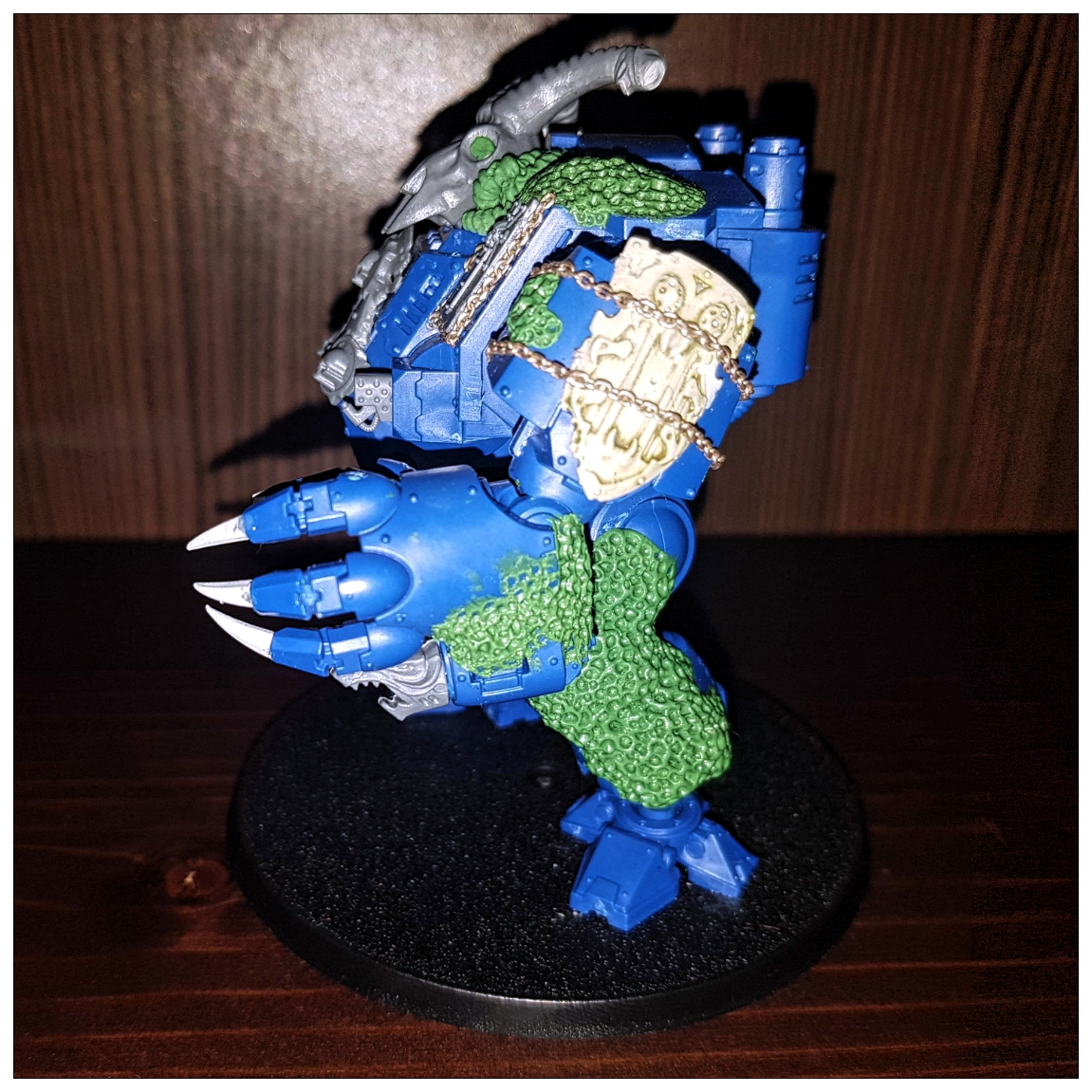 Wheels, sponson weapons and cupola done; pretty much down to the painting now. 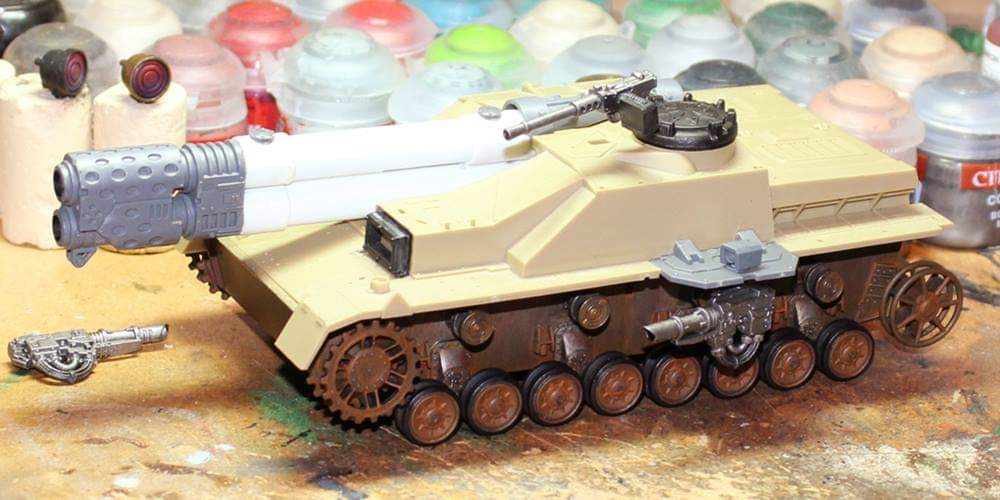 Decided against the hazard stripes for now, calling this done until the rest of the army is done then will match up the bases and weathering. 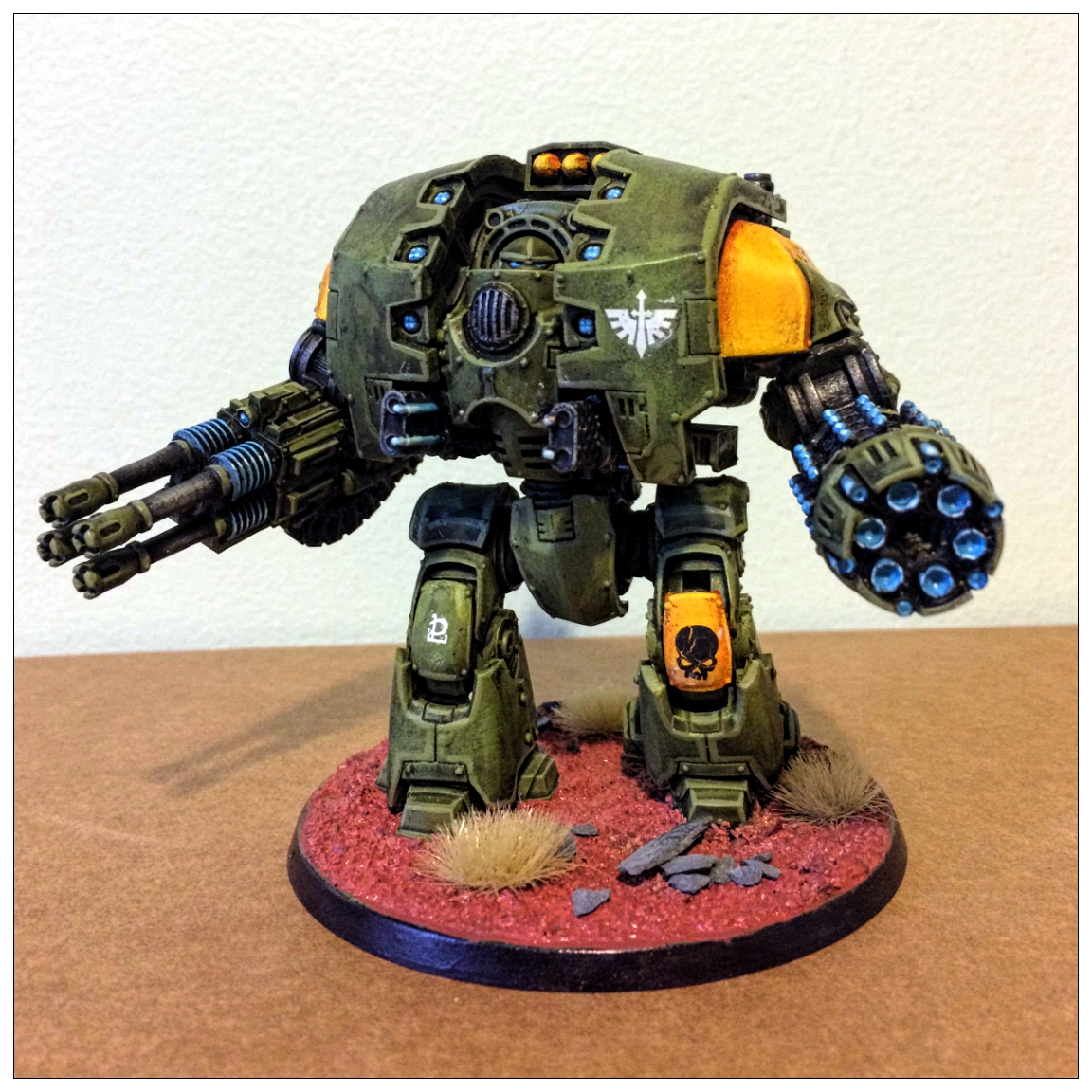 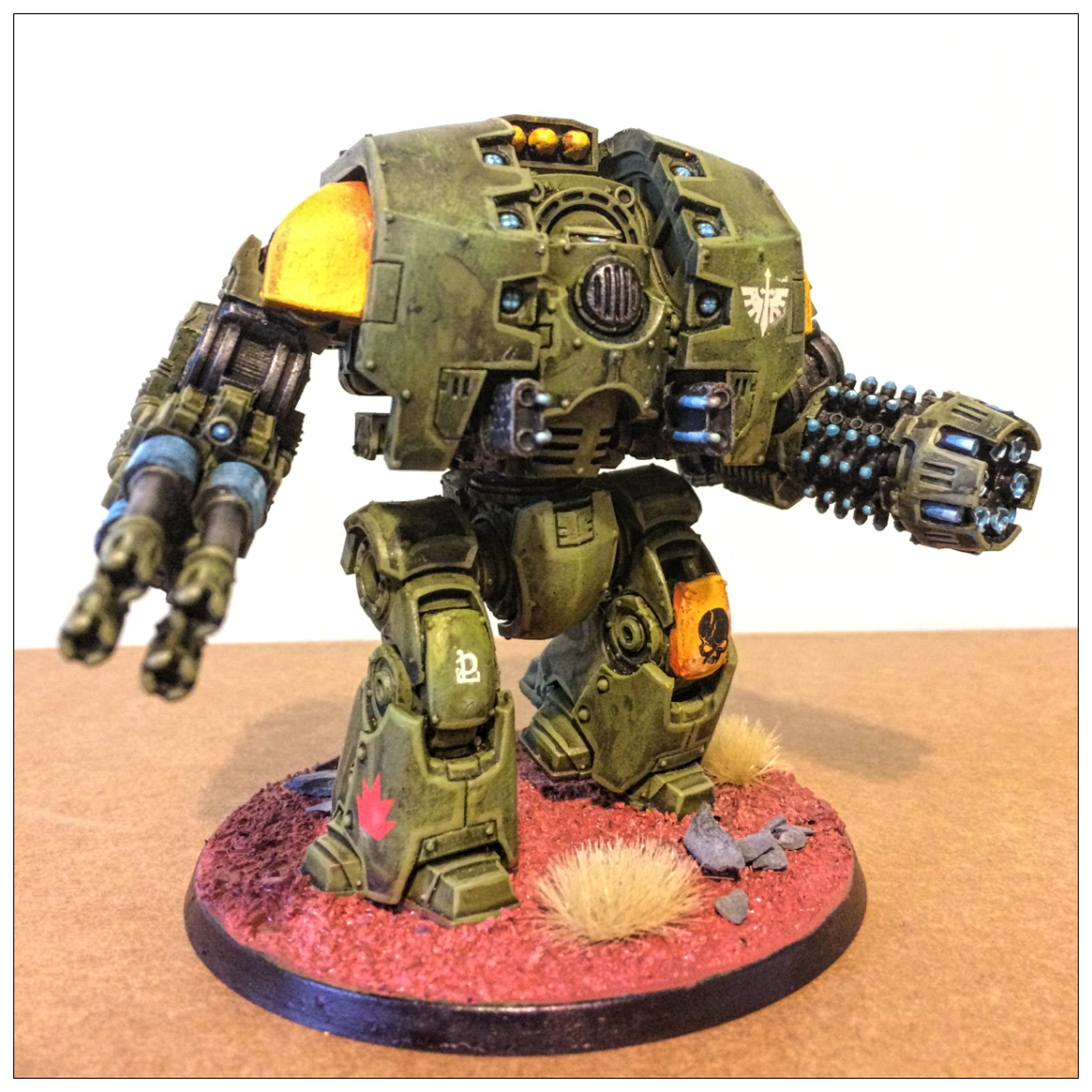 This week we managed to get a good bit of paint on the Gallant. Laid down the greens that my knights wear, as seen on my Knight Valiant – Boundless Rage. My partner suggested a Punisher style faceplate so that was that decided. The blue cowl and white mask work well together I think. 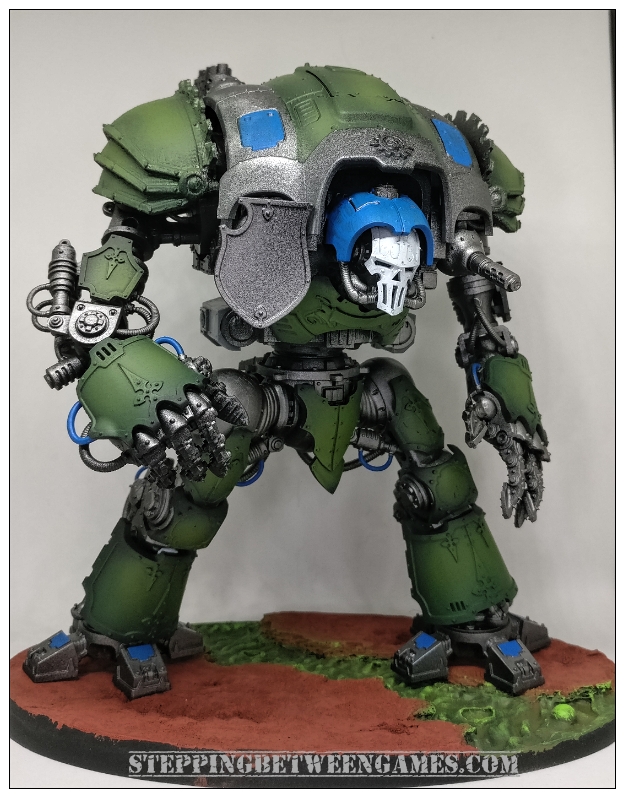 So much trim to paint

How is everyone else getting on with their hobby projects?