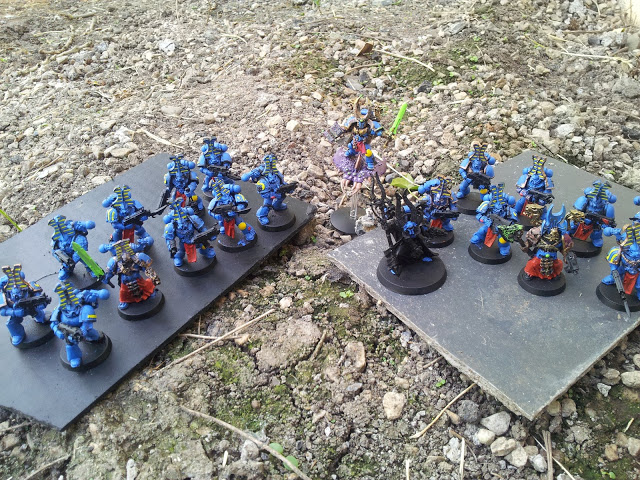 This is the first squad, doing all that yellow took a long time! Even with that it will still need to be touched up, a number of them will need a touch up of Ultramines Blue to cover things. The armour itself still needs shading and high lighting, ditto with the red tabards. As much as I stole the idea from Lord Finchs Fateweaver I do really like the colour it adds. Lots of bronze to do and then high light with gold to really bring out the colour. I am still wonder what to do with the colour of the guns and bayonets though. Any thoughts folks? 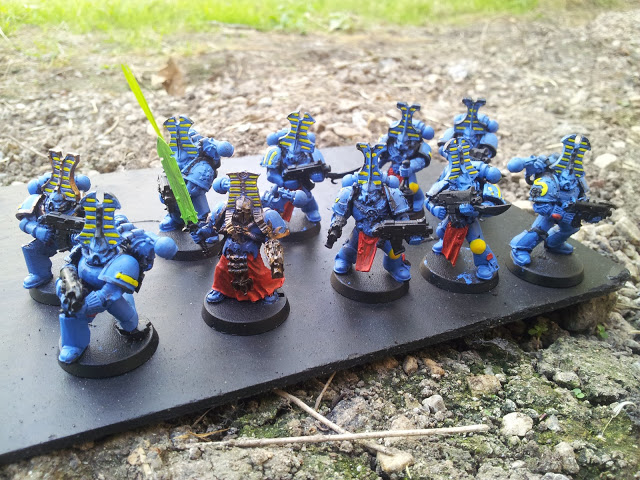 A nice picture of the second squad with a cameo from Ahirman, whose head isn’t glued on to enable me to actually paint half the mini. Again the yellow and red here really help the models stand out. 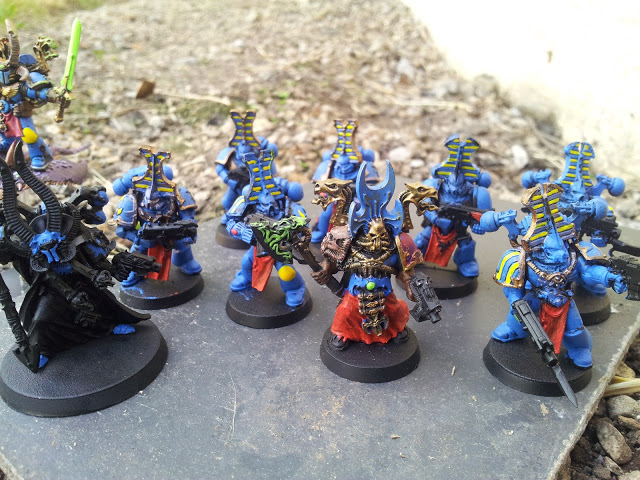 The final shot is just for my sorcerer on  his disc, just because I really like it. 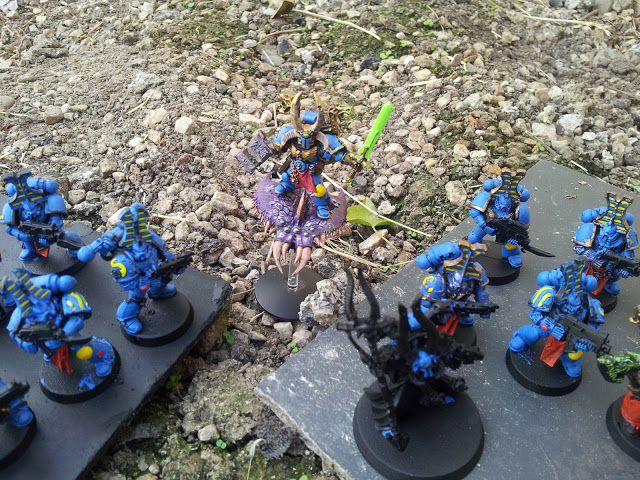 Take care folks, keeping gaming, painting and modelling and if you get real lucky we might fight it out across the table some day.
Rory aka Thousand Eyes