We are off to war with the first day of Squaduary 2018!

Here we are on the first post of Squaduary 2018. I know I will have missed a few people from the list below but hopefully they can let me know on this post or Twitter. I am delighted to see so many people joining in already. Last year there was a total of 349 models last year, I hope we can beat that this year. Of note I do want to say this is not just a GW or 40K event, all systems are accepted. Lets jump right in with the start of the pledges.

“Put me in for 3 Chaos Spawn. ‘A Spawn of Nurgle, a Spawn of Khorne, and a Spawn of Regretting His Recent Life Choices…'”

“Got a lot of part painted stuff I’d like to finish but I may go with the 40 Poxwalkers who mock me daily with the sheer number of unpainted models. It’s technically 2 squads but hey, who’s counting….”

“The soon to be 1859th Cadian armoured division “squatling” snipers. I’ve stripped them as much as I can and am happy to go over what’s left after rescuing the detail from teenage humbrol . Not sure on colour scheme yet. I have some original squat arms for them, but will probably need to use some standard IG bits too to finish them.

So I’m renaming the month “Squatuary.” 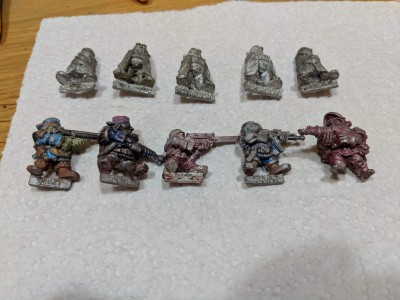 “So this is my first Squaduary – I’ve only done Dreadtobers in the past and I decided to do something a wee bit different – well different for me.
If you’ve seen any of my previous entries before they’ve always been Imperial forces.

Well, this Squaduary I’m dumping the Corpse God for the Speedy, Hi-octane, thrill of a bunch of sadomasochistic space elf pirates.

That’s right, we’re playing with Dark Eldar (or Drukhari if you prefer the more copyrightable name).

The Start Collecting Drukhari box set is cracking value for money – £50 from GW – and contains £75 worth of model. I may have picked one up about 2 hours ago (at time of writing)

I was torn between whether to build a squad of Kabalite Warriors, or a squad of Reaver Jet Bikes; however the inestimable Rory sealed that decision with the declaration of “Bikes all the way!” – Who am I to argue?

So – with that we will have a squad of 3 x Reaver Jet Bikes.

Nonetheless it’s time to build these bad boys and girls, and send them off to pillage, loot, raid, ransack, and myriad other depravities before flying atop a foaming sea of other people’s viscera (what a charming bunch).

“This squad was put together as a backup for last year’s Squaduary, but never got painted. This year I’m hoping to get them a tad more done than just ‘based’…”

“I’ll be doing some Wolf Guard terminators. Is it overly cheating if they’ve been built and basecoated prior to February? They’ve been sat in the pile since November but I’ve just not had the inclination to paint since then…”

“This pile of boxes and sprues will become a WH30K Alpha Legion squad, as befits the 20th legion I have no idea what squad yet. Maybe a 10 man Veteran Tactical, maybe a 20 man Tactical squad, maybe 5 man headhunters if I find that blister or 7 man seekers if I order them as I couldn’t make WHW on Sunday.” 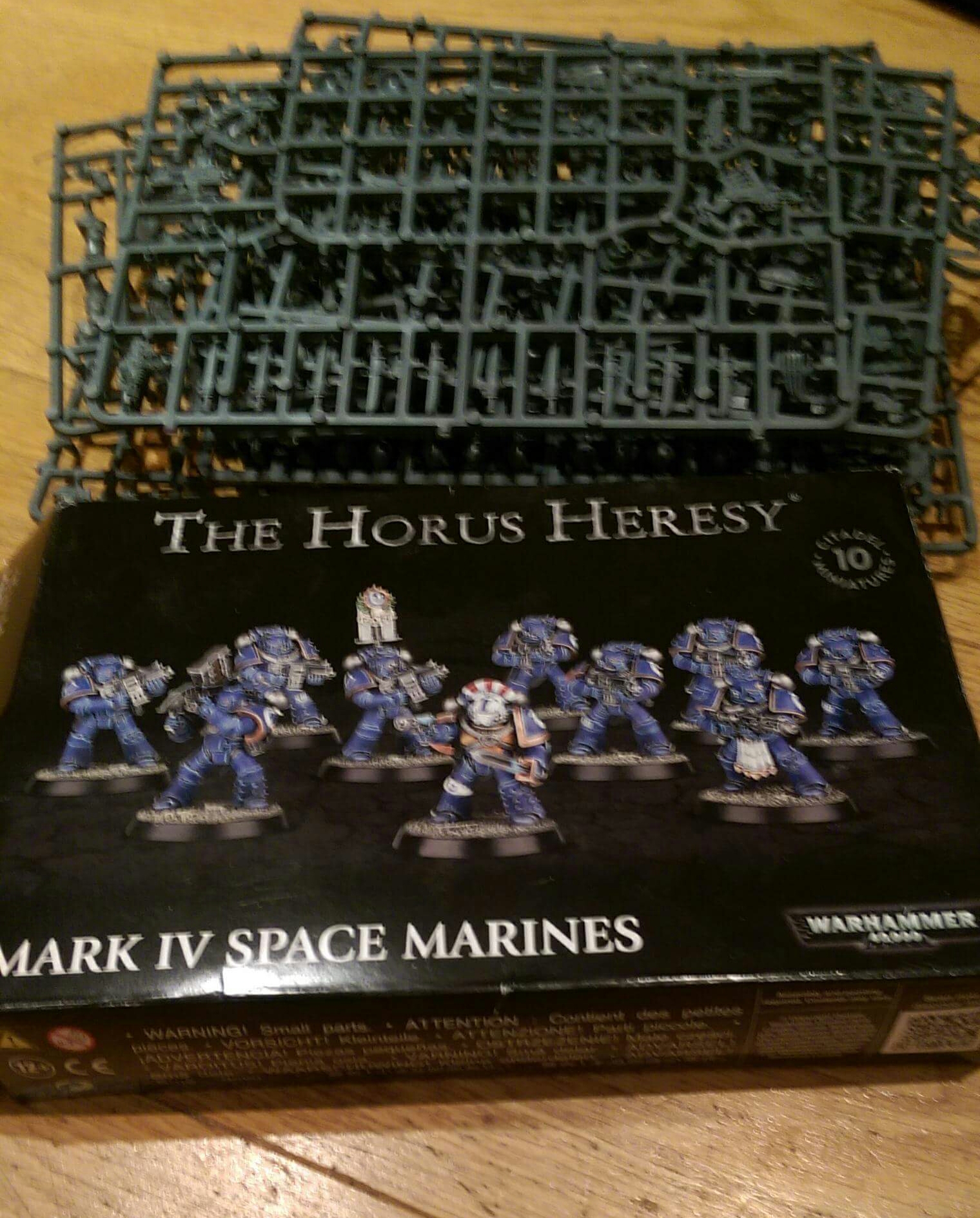 “With the new Dark Angels codex out with support for the Primaris marines, I’ll likely turn to a squad of Hellblasters. However, I have squads of Deathwatch and Grey Knights also waiting in the wings so I’m a little on the fence still. I just finished building and basing a 5-man DA hellblaster squad so it’s front-of-mind and desk at the moment…”

“Here we go again. Think i will go with an space marine assault squad.”

“Count me in Rory! One Squad of Kataphron Destroyers coming up!”

“For this year’s event, I’m pledging a unit of 10 Skaven equipped as Skitarii Vanguard. I’m also going to try to complete a Skaven Dominus to lead the force as a stretch goal if I can make good progress on the infantry. I think the rules for Adeptus Mechanicus will line up well with what I have envisioned for Skaven in the future; kind of tech-oriented with a lot of pyrotechnically impressive weapons!”

“I decided that for my pledge for Squaduary will be a brood of fourteen genestealers.”

“Given how awful this time of year tends to be for priming, and how that messed me up last time, I think I’m going to vary things a bit by building one Squad, and then painting another from my already primed selection.”

“Hmm……Daylight is slowly returning to the north of England so put me down for this. It will give me the incentive I need to get going on my Escher gang the Voodoo Dolls :-)”

“I haven’t done much for a while looking at this to put me back in the saddle.”

“I’m in! Need to get some units for my White Scars painted up for a tournament at the end of the month, so this is perfect. I pledge a few units; a unit of Scouts, a unit of Vanguard Veterans and a unit of Assault Marines.”

“Ok, I’m convinced! count me in for this challenge too! As I have another painting challenge going on for the month of February, for which i was thinking of building a baneblade, I think i will committed myself to paint up some Catachans infantry for this Squaduary. Wish me luck! This should be fun!”

“Is it too late to sign up? I’ve just built and primed my Sepulchral Guard (technically on the 31st Jan) and I paint very haphazardly (i.e. I might do nothing for 3 weeks and then finish in 2 days). But its still a squad. Kind of.”

“#squaduary goal: command squad 1 of 2. Didn’t get enough finished and cleared off the desk, so I’m keeping it to a small squad. Will be finishing up my heavies, baneblade, and ruins… so hopefully that’s all done by the end of February. Please get me through these pewter monstrosities.”

“On board for my converted Aggressor squad, which I built one of already I admit! The other five – plus paint – should be a solid pledge though I think.”

“I’ve decided to switch to do a hellblaster squad instead I’m afraid. Need them painted up for a tournament later in Feb.”