We are on the final week of Dreadtober. So lets see who made it across the finish line for 2017. As ever it has been a hell of a ride with people sprinting for the finish line, while others fade into the darkness. Well it wouldn’t be the Grim Dark without a few lost souls. We started with Sentinels, Carnifexs and a Hellbrute. So on Halloween itself, lets see who made it: 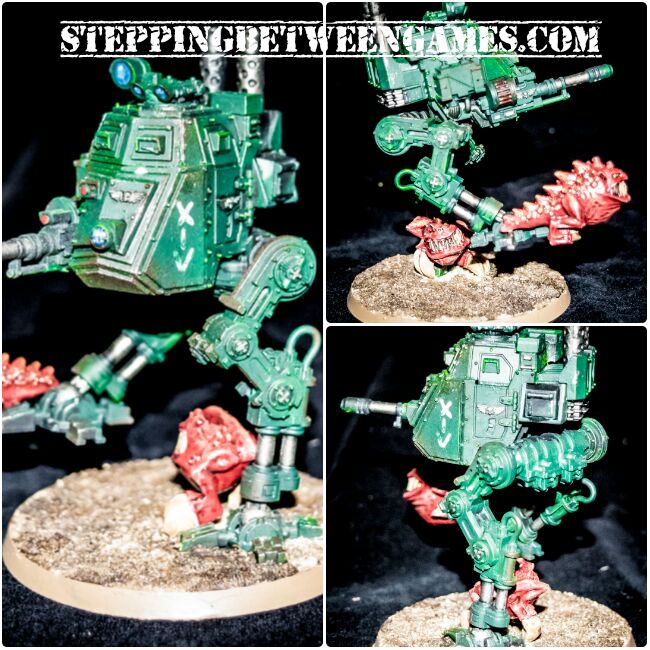 GRUCK! and UCK! have finally stopped trying to eat me long enough for this to be written up.

It’s the end of October and the Sentinel is finally finished. All that I’ve done this week is based it.  GRUCK! decided to get in the Sentinel’s way and is currently being kicked up into the stratosphere somewhere – UCK! on other hand (uncouth fellow that he is) has elected to attend to his ablutions upon the Sentinel’s foot.

(honestly, you can’t take them anywhere…. not that  I think you’d really want to anyways… they smell awful)

Anyway – here it is.

The latest addition to the Borealis 14th – finest Guard division in the whole damned Imperium!

Think that’s about it. Same time next year? 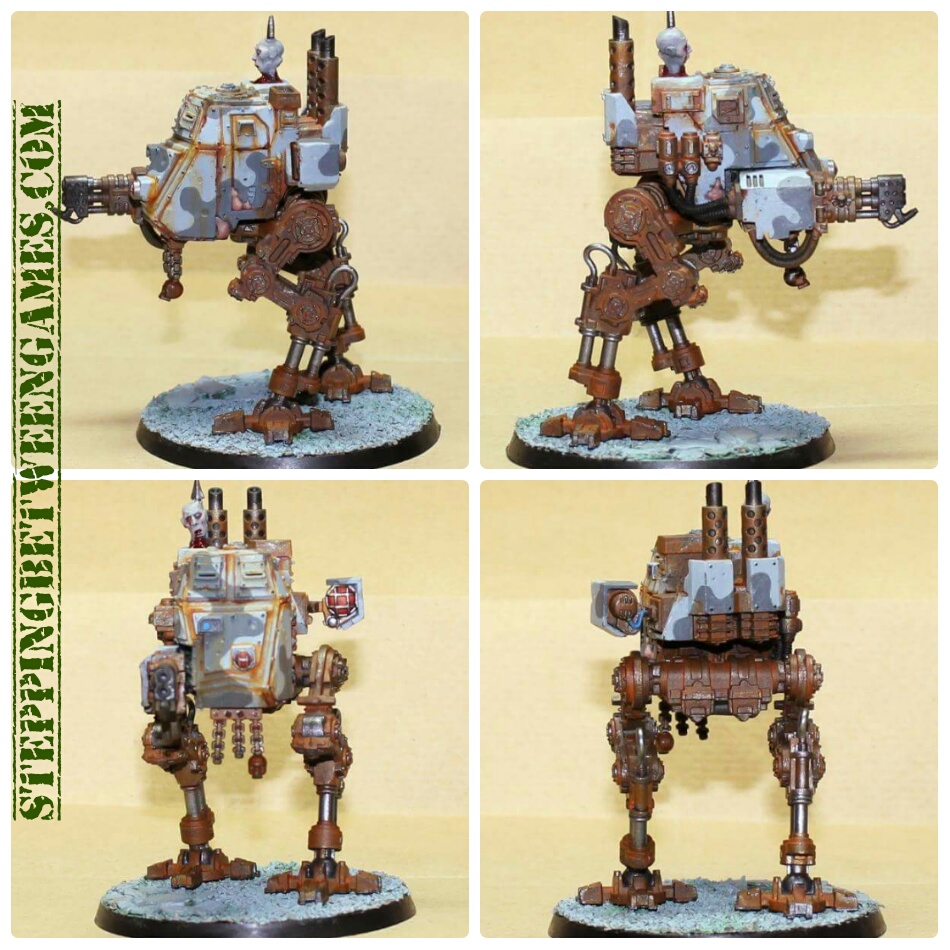 “First Sentinel for my Militarum Pestilens warband, the ‘Disciples of Decay’…”

Starting to be at least vaguely happy (although nothing like satisified, don’t think that will ever happen) with my painting in the last six months or so. I don’t think it looks like an amateurish mess any more. 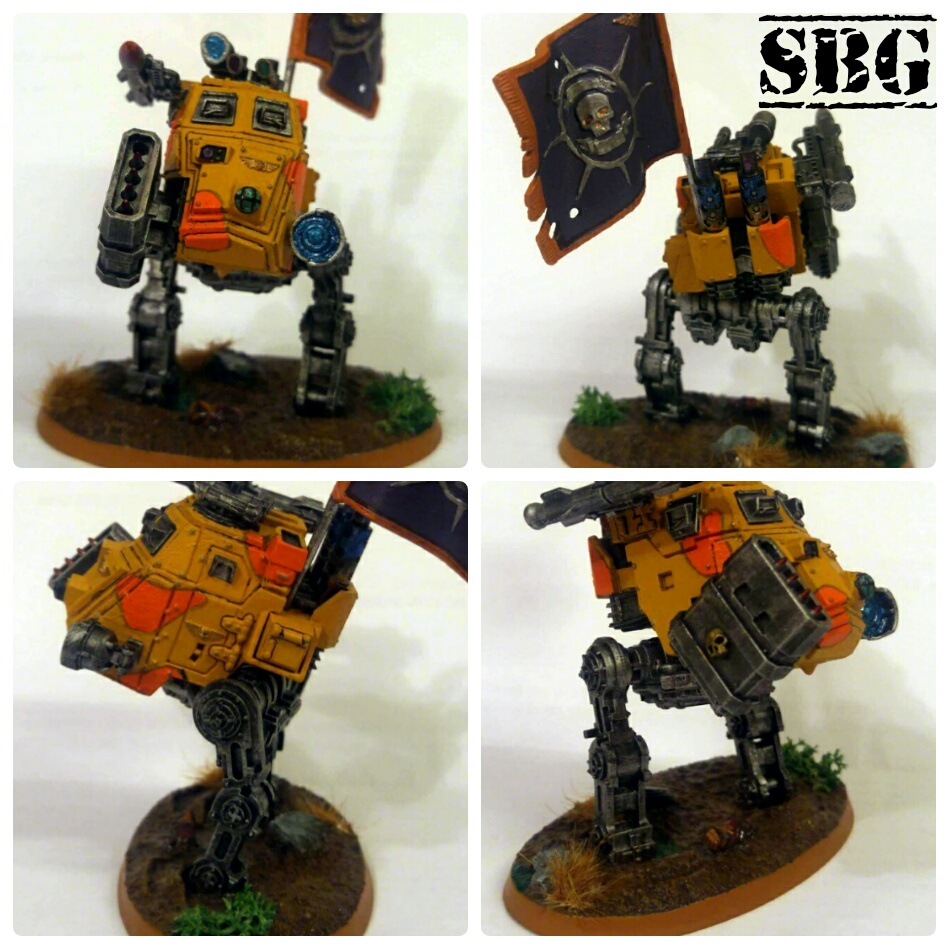 Done. Happy with it, espcially the base and the heat marks on the exhausts. The lights and lamps came out well too. 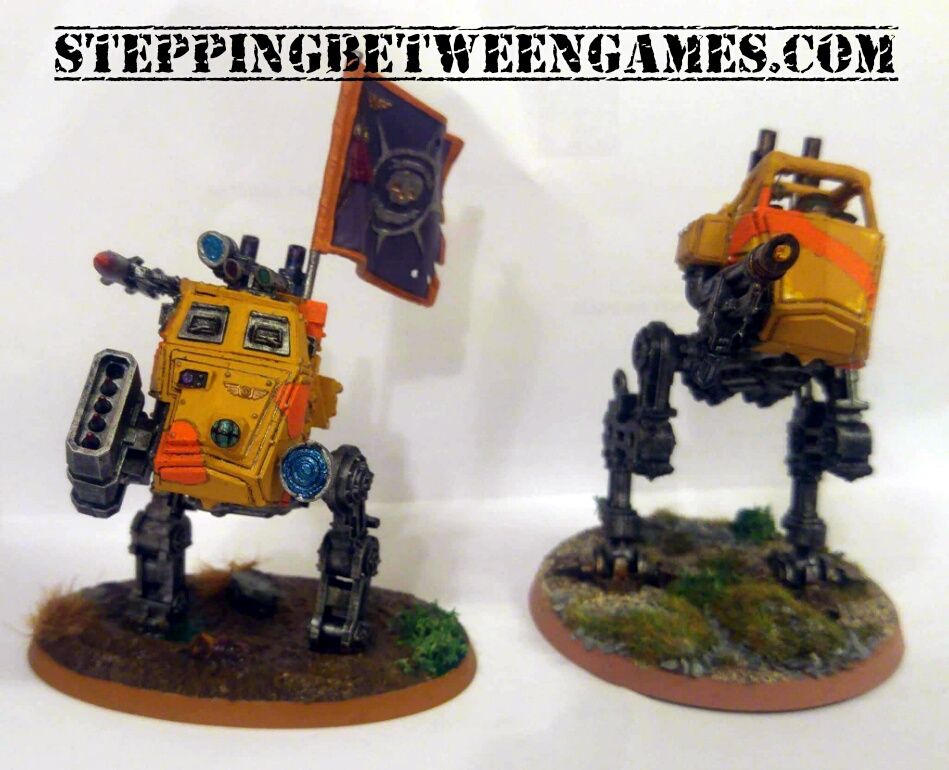 Compares well for size against a full sentinel. In hindsight I probably should have built the base up higher, as it’s hard to instantly grab the fact that it’s supposed to be wading through mud and the lower legs are sunken 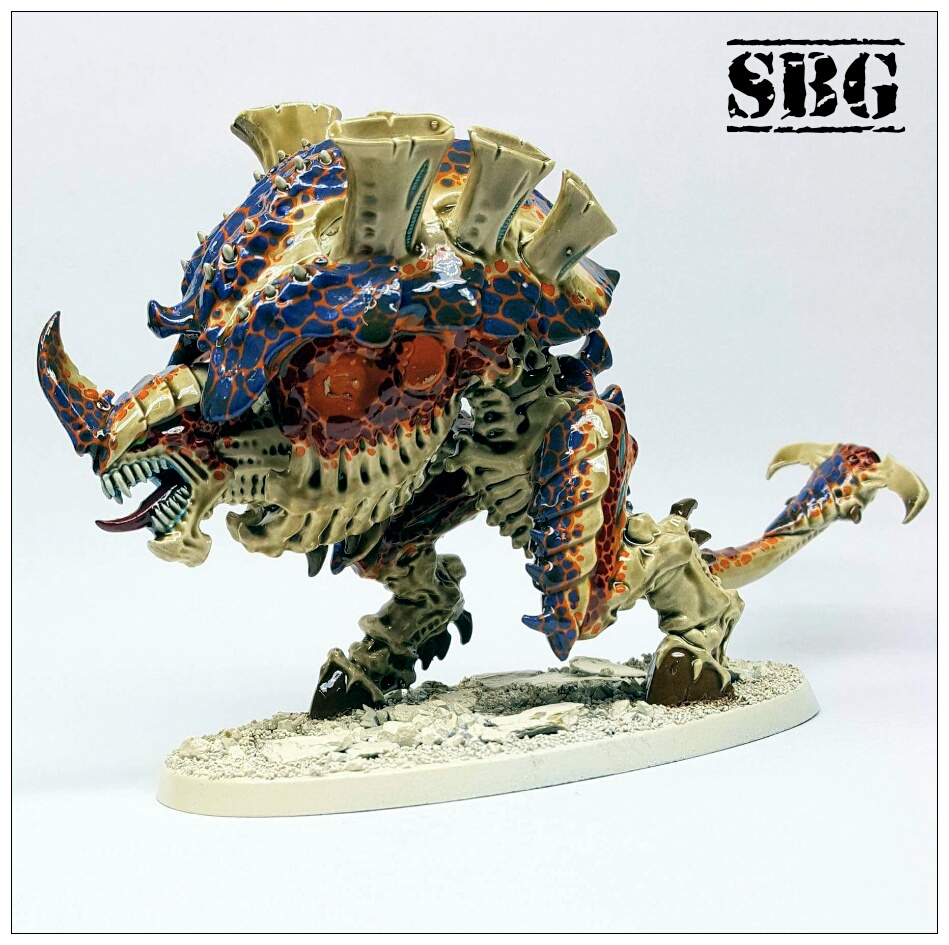 The carnifex is dipped and drying, but I shall don the hat of shame and admit I shall not be done before the beginning of November. Dreadtober has got me off my backside and painting my Nids again though, so thank you to Rory for the inspiration! 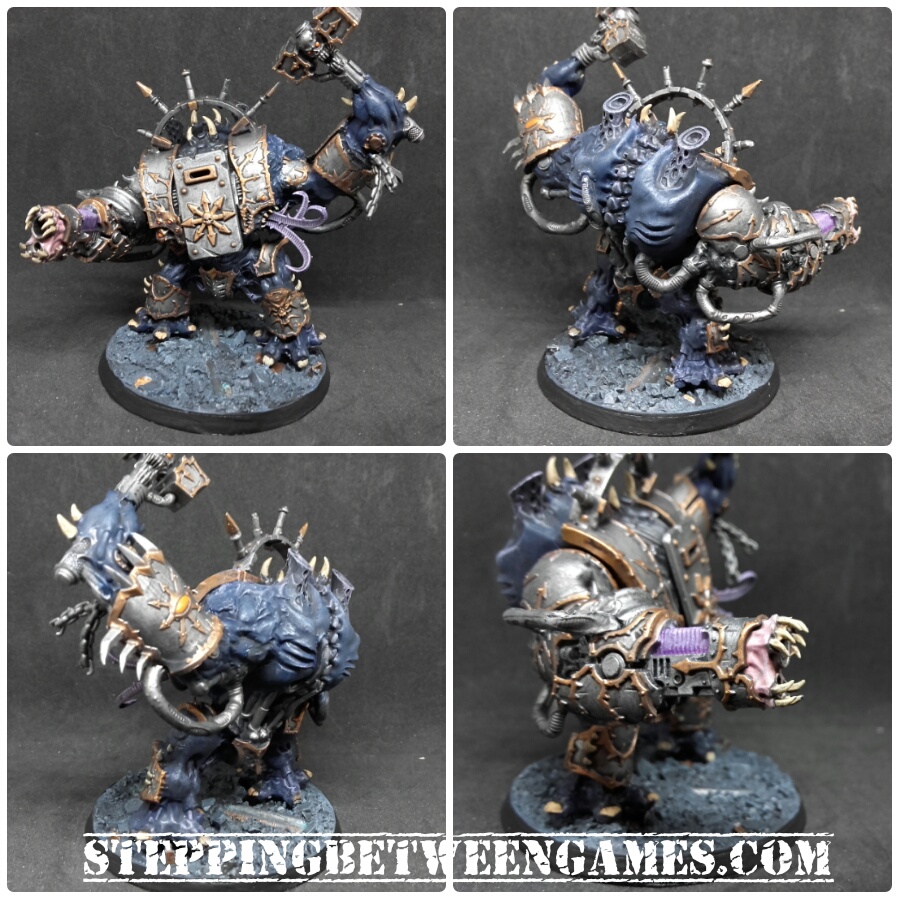 Finally my Hellbrute Oathbreaker is assembled, painted, based and ready to teach some loyalists the true meaning of The Long War. I am quite happy with how it turned out in the end, not needing to worry about creating a ruined rubble base helped for sure. Some spot colours got added with a horrible orange colour I had, just to mix things up a little.

So that is the end of Dreadtober 2017, sadly not all of us made it to the finish line but the war is long and it got people started. 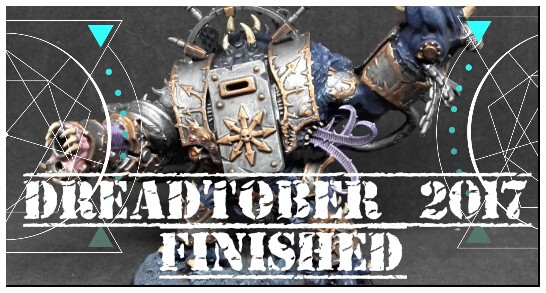