In part one of this series we saw the foundations of the skirmish between the Adeptus Mechanicus and the Drukhari. My cunning opponent, Dessie, used my own Squadary event against me to complete a squad of Dark Eldar Reaver Jetbikes

. As such I took some momentary distraction from him and finished my Skitarii Rangers squad.

Normally I like to go with some brighter backgrounds for my mini photos but the black worked. Works for the Stygies VIII lore as well. 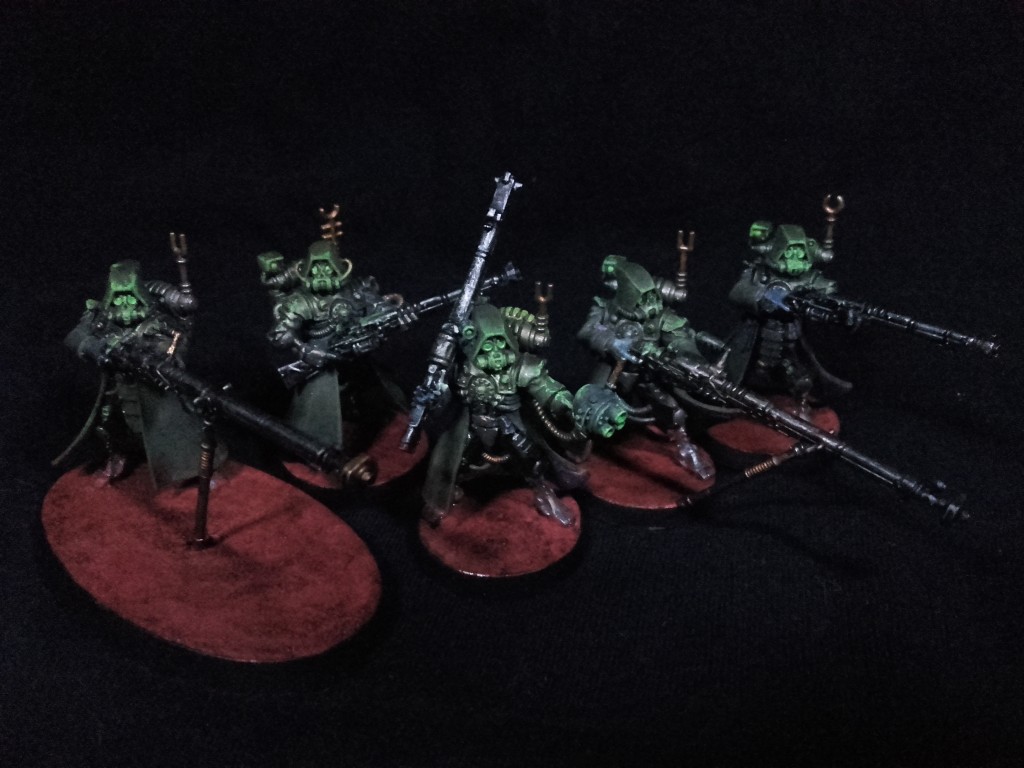 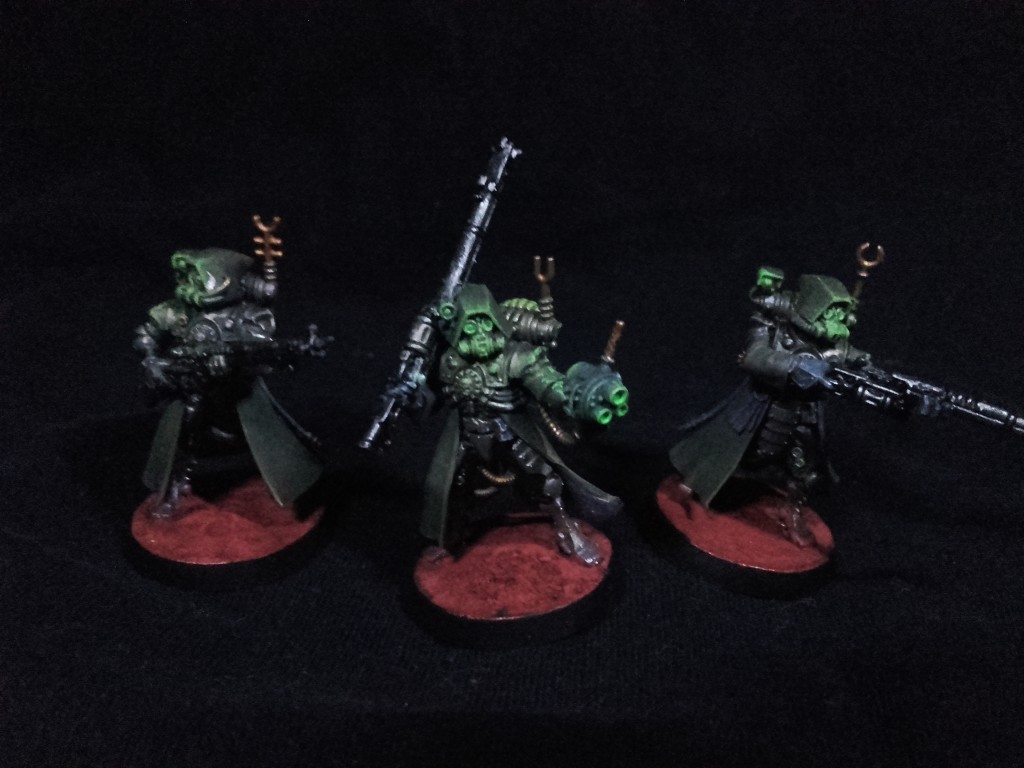 While I have not yet picked up the Warhammer 40k Codex for my Adeptus Mechanicus I knew I want two of the snipers. Thankfully I had a spare from, occasional author here, tOther. As I plan on using Stygies VIII as my army I knew I wanted to go for a darker colour scheme, without going with everything being washed out by Nuln Oil

As you can see I am going quite deep into the green OSL (object source lighting) with these. For me it really fits the mental image of the army I have. The bases on the other hand are simple Martian Ironearth. I still wanted that Mars feel, but I did try to experiment with a wash over it. It didn’t work. 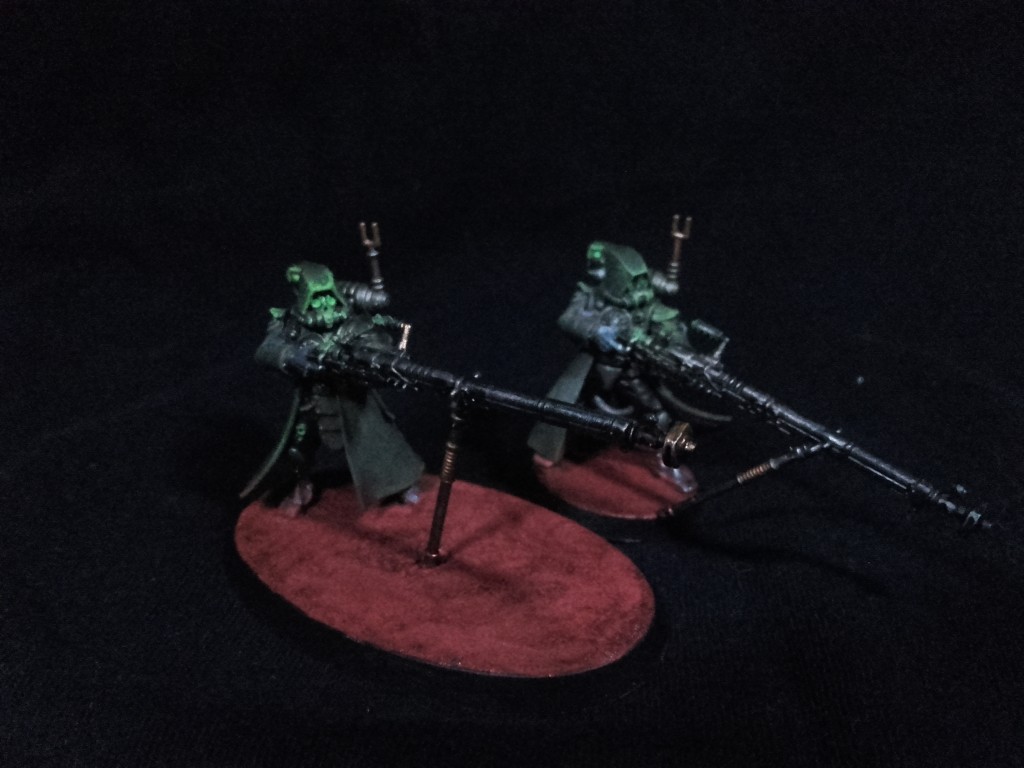 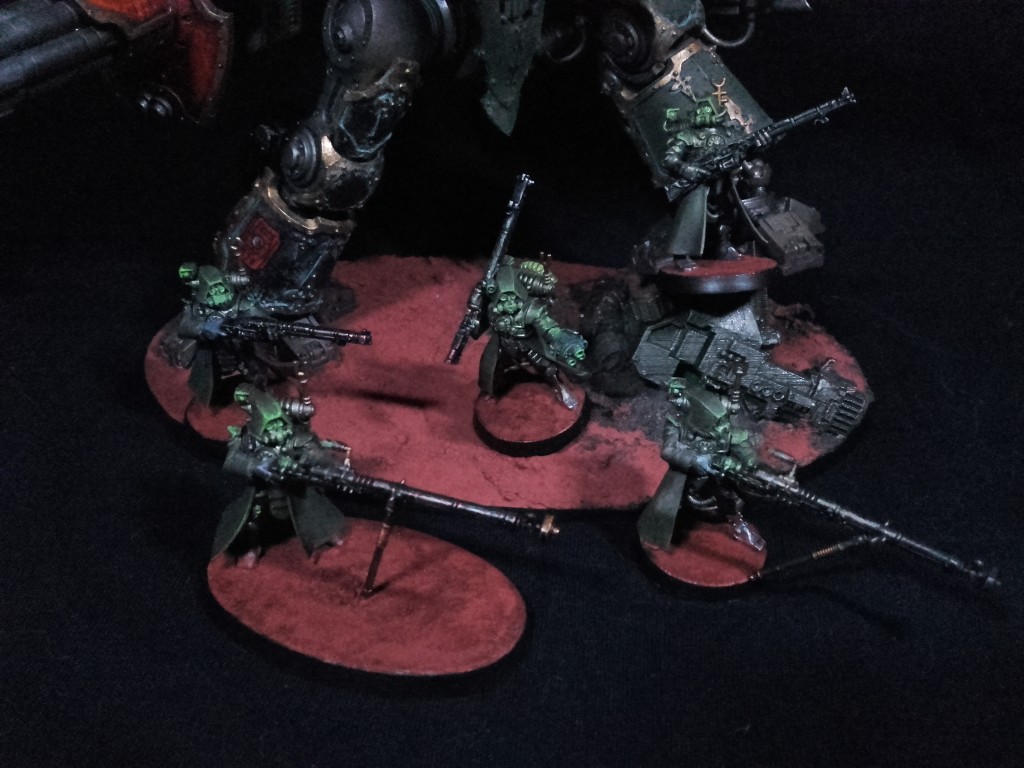 Once again thanks to Alchemists Workshops who supplied the Starting Collecting Skitarii box set for this Tale of Two Warlords. I look forward to cracking on to my next piece and seeing if I can pull any further ahead of Dessie. So check this squad off as completed:

Now to hope I don’t get distracted by any of the other projects buzzing around my head. Although that second edition Kharn in a NMM paint scheme does sound interesting…