A Tale of Two Warlords

Hello there, this is Dessie, you might know me from such blog posts as Interview with a Champion, various Dreadtobers , Squaduary and “who is the prettiest 40k player ever, in the whole world?”. (So the Drukhari

will suit you then? -Rory)

Recently I was engaged in a fairly idle chat with Rory in which we discussed the idea of picking up a Start Collecting boxed set each and doing a Tale of Two Warlords. (I can all but hear Charles Dickens spinning in his grave)

This is the first in a small series of blog posts, and is sponsored by the team at Alchemists Workshops.

Over the next few months Rory and I will open, build and paint models from the boxed sets, and then set them against one another in the best traditions of the Grim Dark future.

So, what do we have?

For this series I’ve picked up the Start Collecting Drukhari boxed set. Actually I picked it up in February so it’s the slightly older one – An Archon, 10 Kabalite Warriors, 3 Reaver Jetbikes and a Raider

Rory, for his part is throwing together a Dark Mechanicum force with a Start Collecting Skitarii set consisting of a Techpriest, 10 Skitarii Vanguard and an Onager Dunecrawler.

First, we’ll put together a squad of 5, then a vehicle, a second squad of 5 and finally the HQ. I also have a set of Reaver Jetbikes that I did for Squaduary 2018 – but they’re all assembled and painted already.

So, without much further ado here are our first squads: 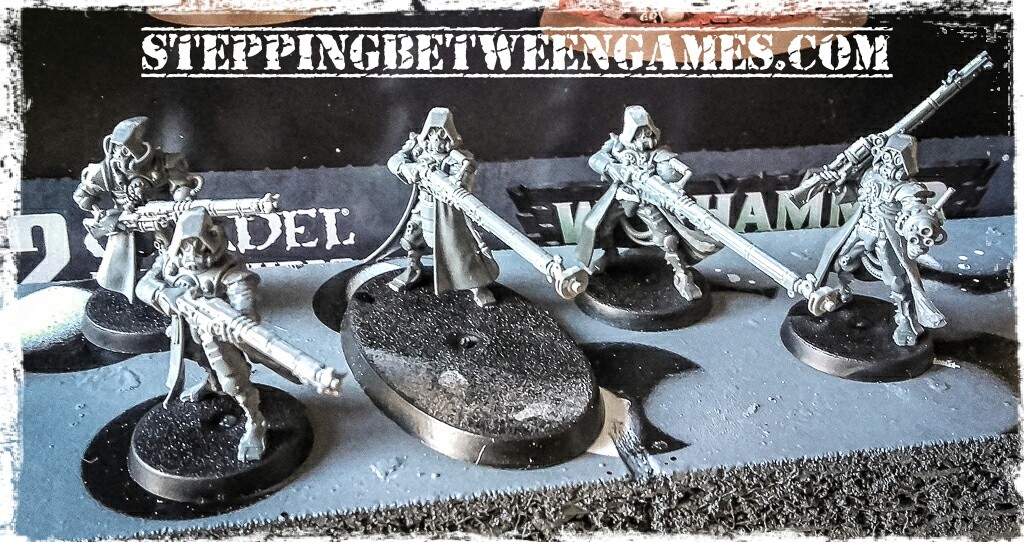 A lot of long range firepower there that he can sit on a backfield objective and use to rain unpleasant Rad filled ammunition down upon my sweet, and innocent, Dark Eldar forces – I hate them already. 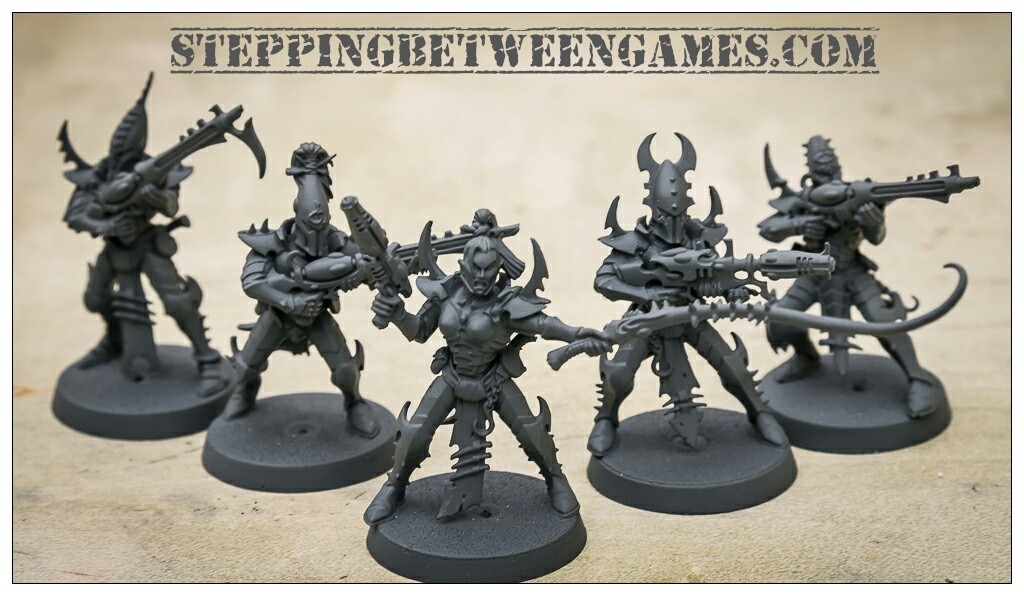 Whereas my heroic and noble (ahem) Dark Eldar forces consist of: (fresh from the Codex, released only today)

Against the Mechanicus my splinter rifles won’t exactly shine but the blaster and blast pistol will be unpleasant to be on the receiving end of – I’ll need to get close. Thankfully the Dark Eldar are pretty damn fast.

That’s it for now, next post on this will be some shots once the units are painted (and maybe some – in progress pics on the way).

One thought on “Alchemists Workshops: Drukhari Vs Skitarii part one”