Before the, first and only, Thousand Sons Codex was dropped for Warhammer 40K 8th Edition I had worked out an old army list. Now it is time to see how things match up with my new list I have put together, since Games Workshop have after 8 editions given us a codex. Sadly this list doesn’t have everything I would like in it, such as my Knight. Which is a shame as I really wanted to run those twin avenger gatling cannons. 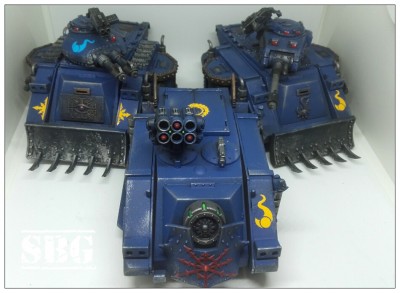 For 2,000 points Thousand Sons can get a lot of bodies on the board. This list is quite small compared to the Tzaangor spam lists available. In my army list below I have 63 bodies, three of which are HQs.

The spearhead will act as a fire base with the Exalted sorcerer on foot helping hand out rerolls and repairs in the psychic phase. Cultists can screen the Predators or move to claim objectives, as they are likely to be ignored. In the end the Defiler works as a distraction Carnifex, but not bad in a punch up either. Any shots it lands are just a bonus as its Str 16 claw attacks and Str 12 scourge attacks are the real draw. 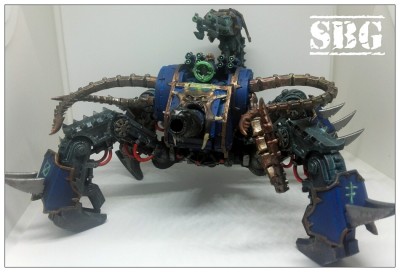 Spending a CP for an extra relic and grabbing the Helm of the Third Eye seems like a solid choice, it should regain a CP or two.

Originally I wanted a Leviathan Dreadnought or Hellbrute in the list, mainly as I love the models. There was just not enough points to go around sadly. Maybe if I am ever playing this list up to 3,000 points I can add one and Magnus The Red in.

So what do you think? Will I go down in flames or will everything go Just As Planned?