Things have been quiet but I have been busy, they have advanced quite a lot since the last time we saw them. I am still enjoying my travels in the Underhive of Necromunda

. The barrels are drilled and the bases are done, although I do admit I regret sticking them down to bases first. They had to be all taken off for me to start doing the bases. The bases are lovely and I didn’t want to mess them up with trying to paint around the legs. Enough blather, onto my WiP Goliaths: 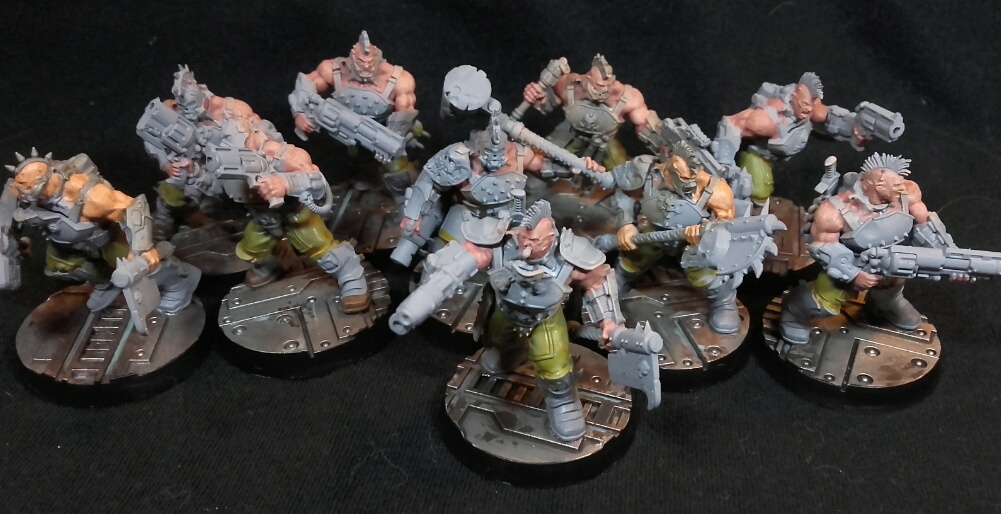 WiP Goliaths: The boys are back in the Under’

Here is the current state of the Boghall Boys. I must admit I have no idea what weapon loadouts are viable and can be put on a gang, so I built these to be fun. It seems to work. Quite happy with how the bases have turned out. They are quite simple in the end: 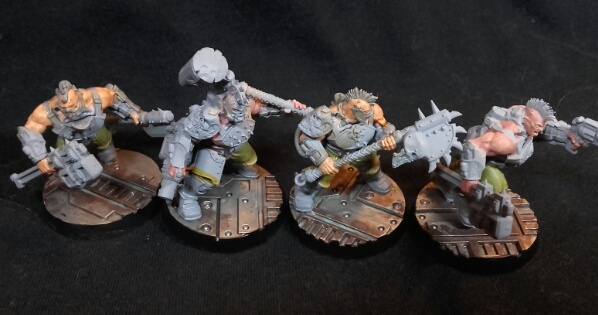 These four are the folks intended to close the distance and show their rivals they ain’t afraid of nothing. The left hand model is a bit of a conversion to give him a pair of weapons with a hand swap. Although an underslung grenade launcher and a two handed hammer may not be the best combo, it does look intimidating. 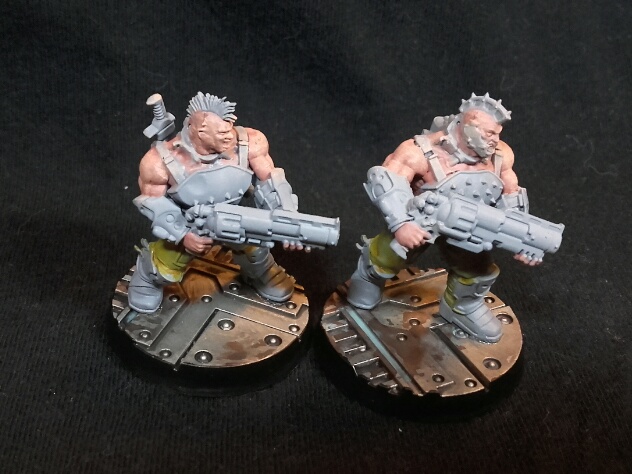 Some nice solid firepower from a pair of Boys with shotguns. In particular the pose on the left hand model really stands out to me, looks really well I think. Looking forward to getting some gang tattoos on them. At a full ten models I have enough boys to swap in and out as needed. 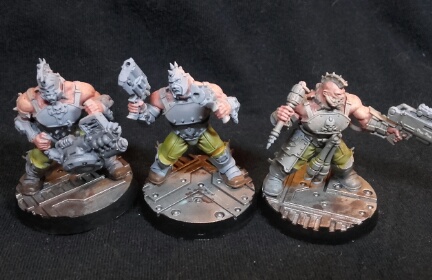 The Boss, aka Senior! 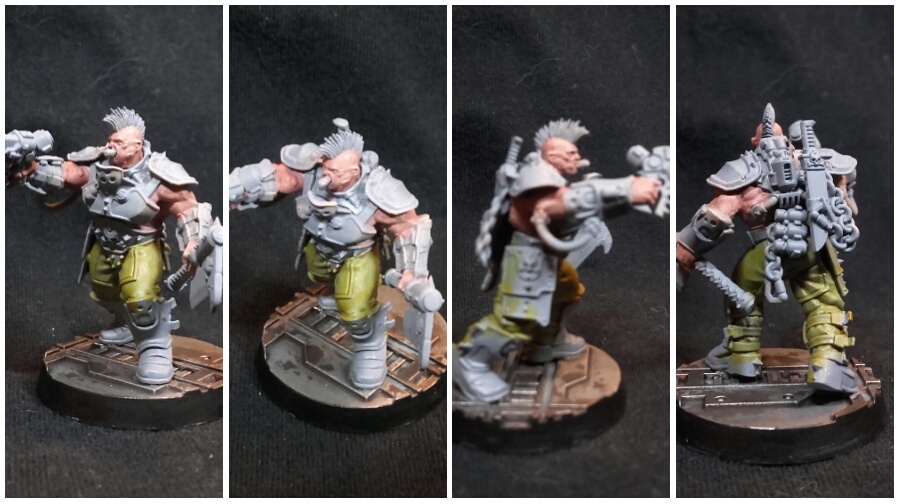 Every gang needs a leader

That bloody tiny cigar! That thing was a pain  to get into the right spot, but in the end it will have some object source lighting (OSL) that should reflect nicely from his chest plate. He got some extra gubbins on the back to help make him stand out. Because of the plasma/stubber combo helps with that., because what other weapon would a Goliath

Thanks again to the Game Shop Aldershot for sending me over the box set.