So I have been rather busy off the site recently, but I did put aside some time to get back into it. As such I set myself a little challenge and tried to speed paint a German Panzer IV

. This is a model I have had sat around for so long there is no box for it. Now I think it could look well with my Konflikt ’47: Daughters of the Motherland. I think it would sit nicely next to a Bolt Action Panzer IV Zug

Below you can see a couple of pictures of my starting point. Previously the Panzer was spray coated black and had a partial covering of grey, badly done at that. 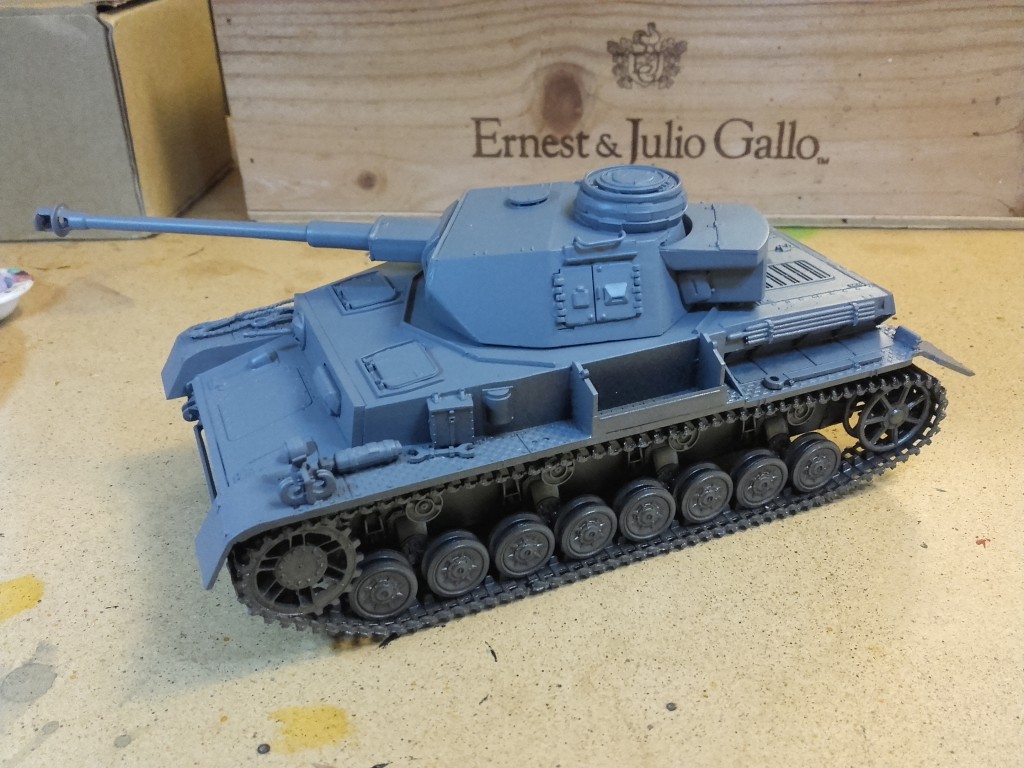 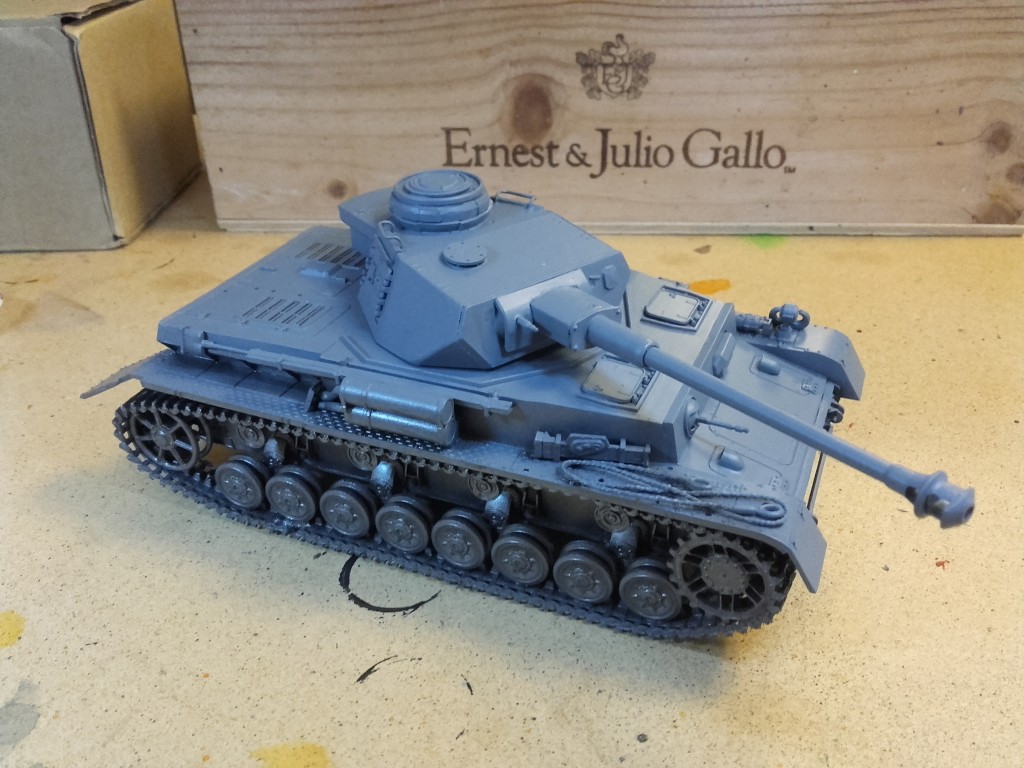 A quick spray of gun metal on the tracks and underside got those areas to a good starting position. Next went the grey primer from above onto the main hull to avoid the tracks. This gave me a solid base to work from. 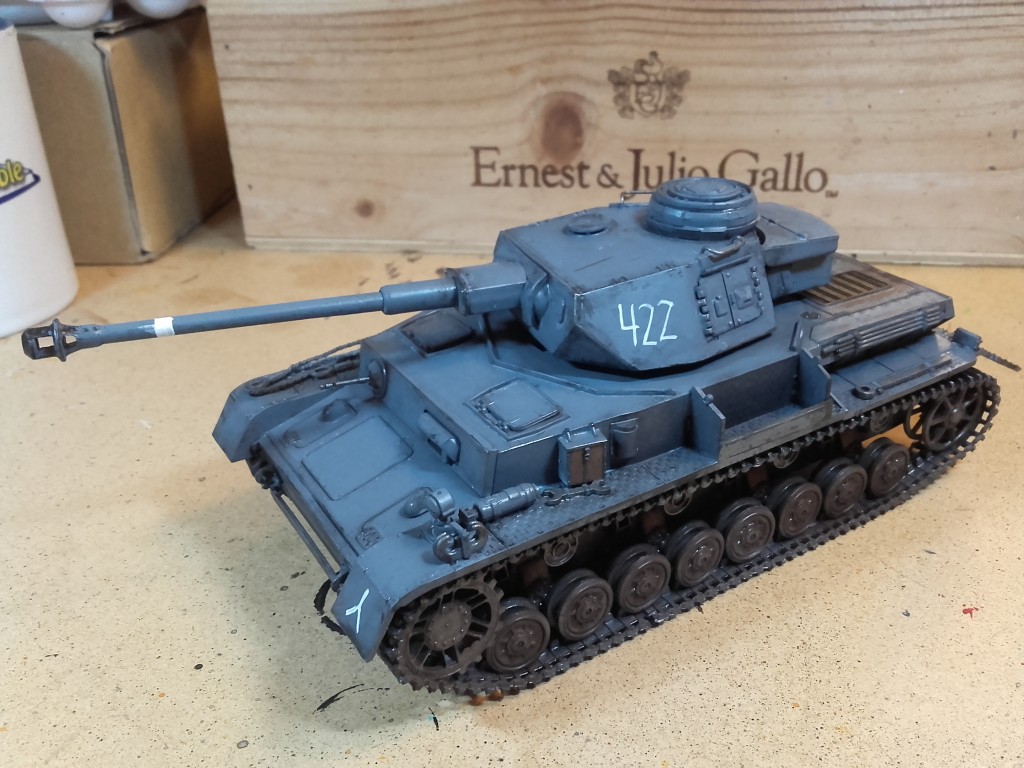 First on my list was the shine of those tracks, they had to go. As I am out of Agrax Earthshade

I made up a mix browns, suitably watered down. This was spread around and then teased off the raised detail. 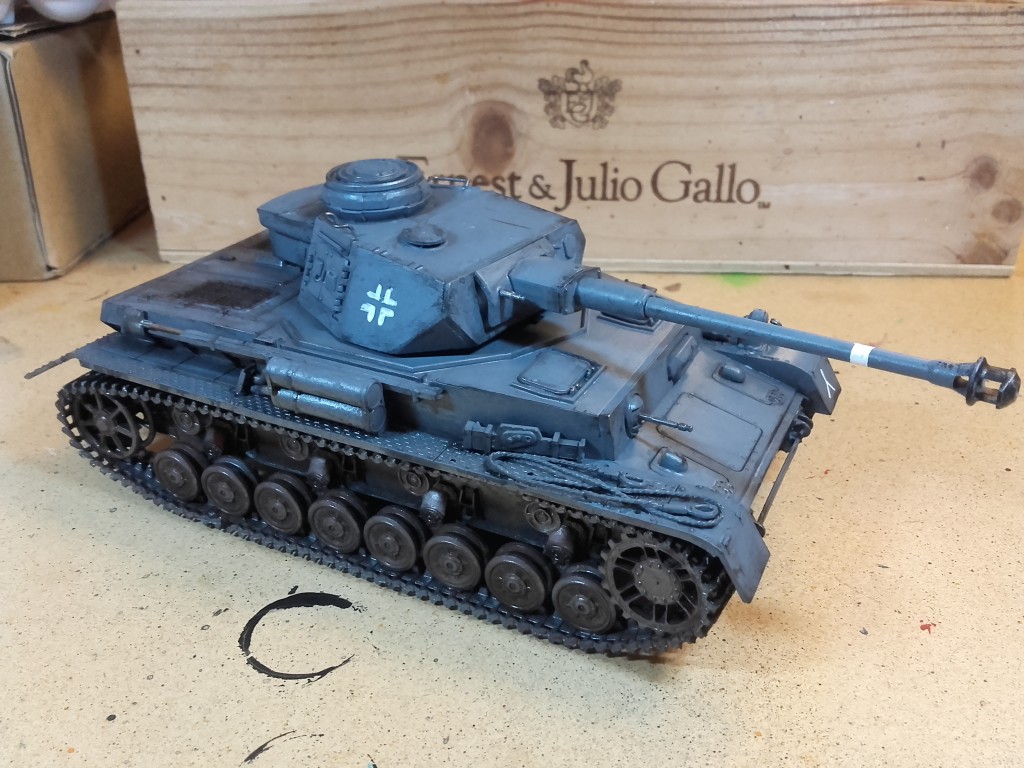 After that I wanted to put some general shading on and time was ticking down. So I watered down some Nuln Oil and quickly gave the take the once over with a large brush. Once that tried I went back and worked on the various details, shading around the panels and such. With a few areas of Boltgun Metal thinks started to look halfway decent. 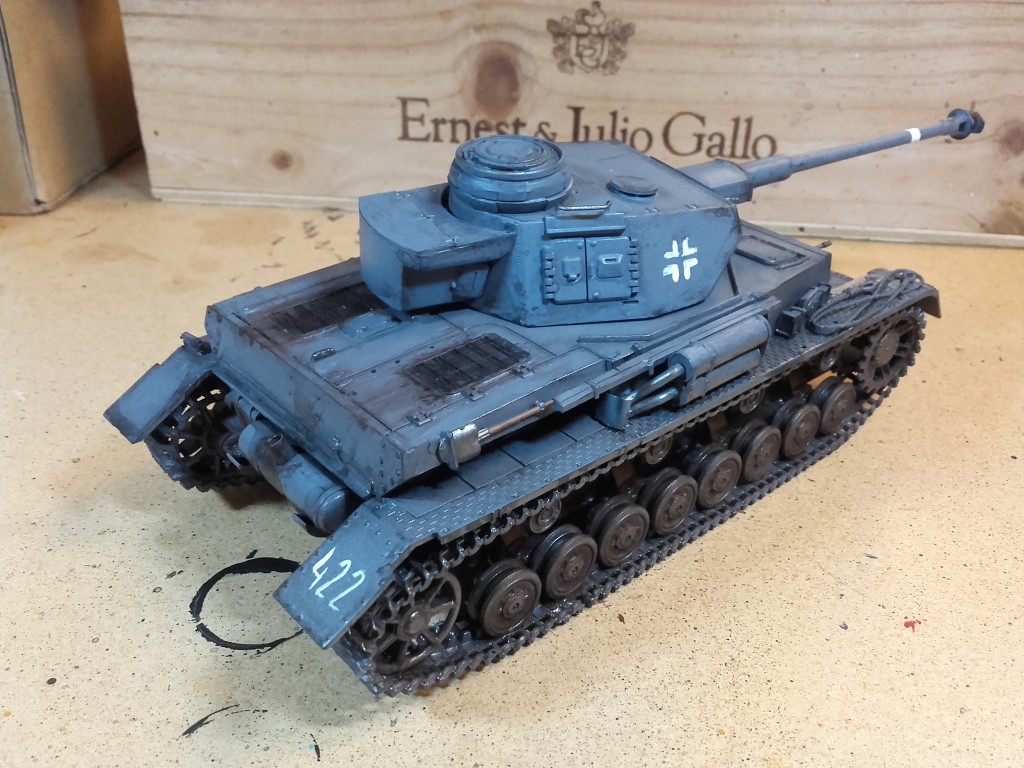 The engine hatches at the rear looked far too clean to me though. I gave this a quick going over with some sludged up brown and followed it with a heavy wash of black. The black was drawn down the tank to make the exhaust fumes and engine heat impression.

With that I dropped some freehand white numbering and identification symbols and called it a day. Just under an hour from start to finish. So much quicker than getting troops done.

Have no fear, we will return to less realistic models in a couple of days. My schedule has finally cleared a little from a hectic work and life lack of balance.