So, September 1st. The first official day of Autumn. (Apologies I posted this to the site late. -Rory)

What better way to celebrate a return to sensible cooler temperatures (What… I’m Scottish AND a nerd…. The skyfire and I do not see eye to eye) than to challenge someone to a Paint-Off.
Back in the dim and distant pre-covid days I challenged Rory to a Tale of Two Warlords where his (evil and disreputable) Skitarii and my (noble, charming and courageous) Druhkari would all get painted up and beat each other to a bloodied pulp. It worked rather well so I figured we’d try again.

This time it’s the Spooky Robots!

Both Rory and I seem to have acquired some Necrons from the new GW boxed set. The plan is simple. Over the month of September we paint them, and we try to make them look cool. Then we show them off to each other, and then we make you all decide who has the nicest looking spooky robots*, you decide it’s me, and I celebrate with a large glass of wine… It’s a plan with NO FLAWS WHATSOEVER. So here we go.

We’ve both already built and primed our Spooky bois (fiddly little sods that they are) and have done some test paint jobs to see what we fancy. I’ve decided that my soulless husks are going to have dragged their metallic asses out of the dirt and are therefore gonna be a bit grimy and rusty. 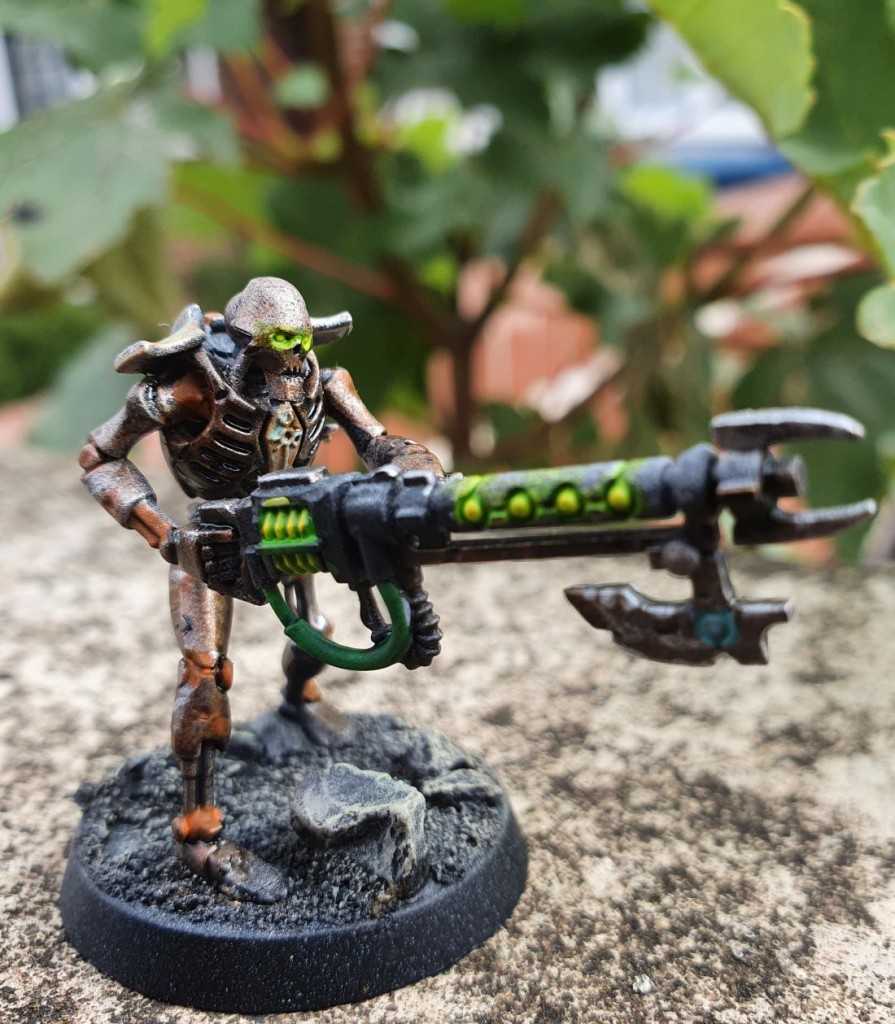 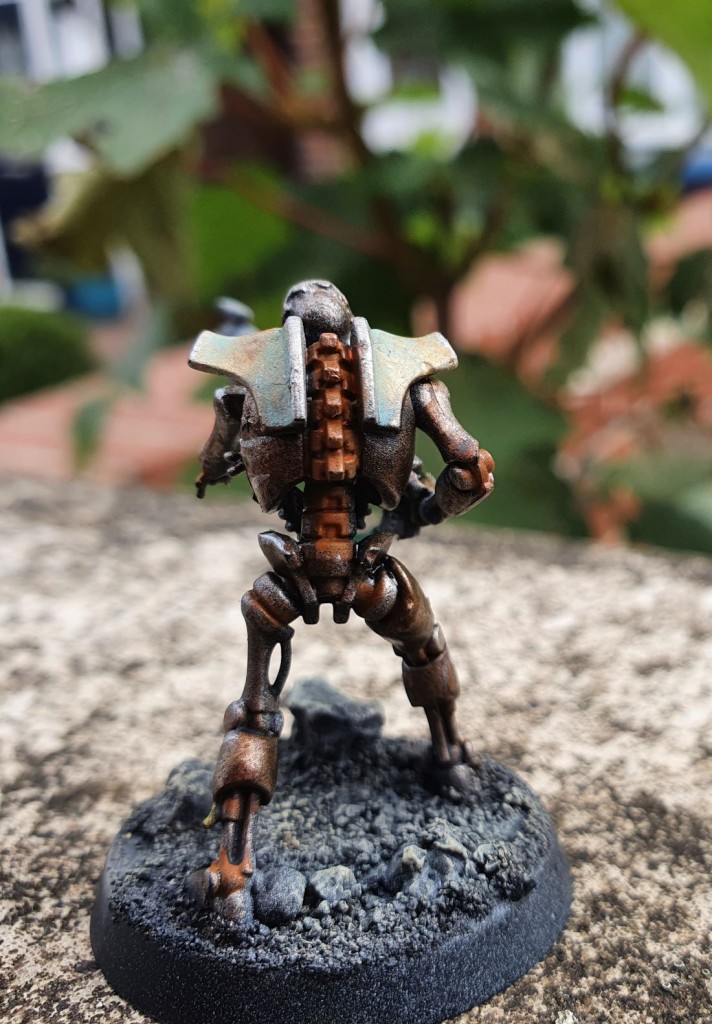 To start this I’m going with a stab-stippled silver/brass undercoat  just to bring them to a base level and then we’ll take it from there. I’m using super expensive brushes for this and absolutely not £1.00 makeup brushes that I picked up out of Asda…. honest. 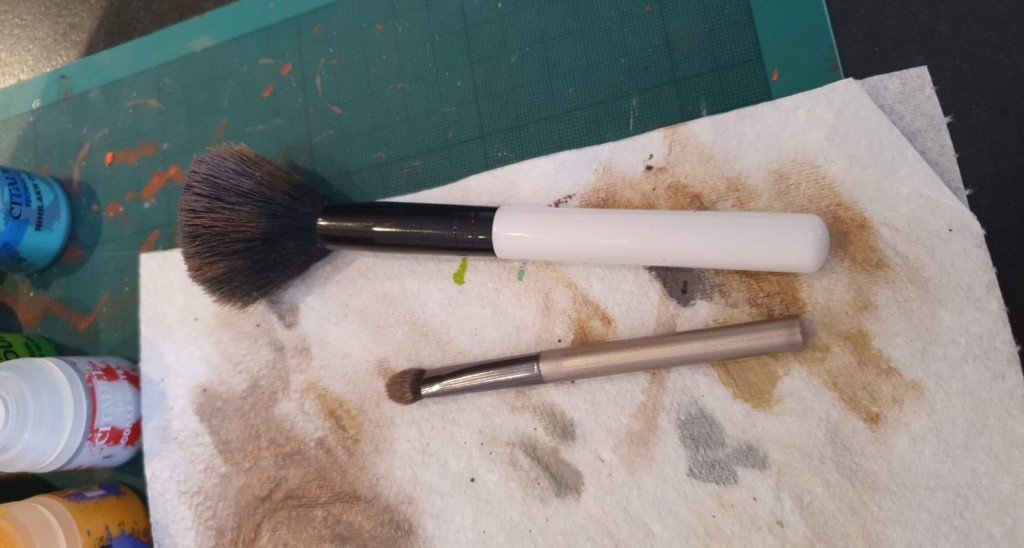 So here’s some shots of my spookies as they are just now, and I don’t doubt the inestimable Rory will show you his robots in short order. 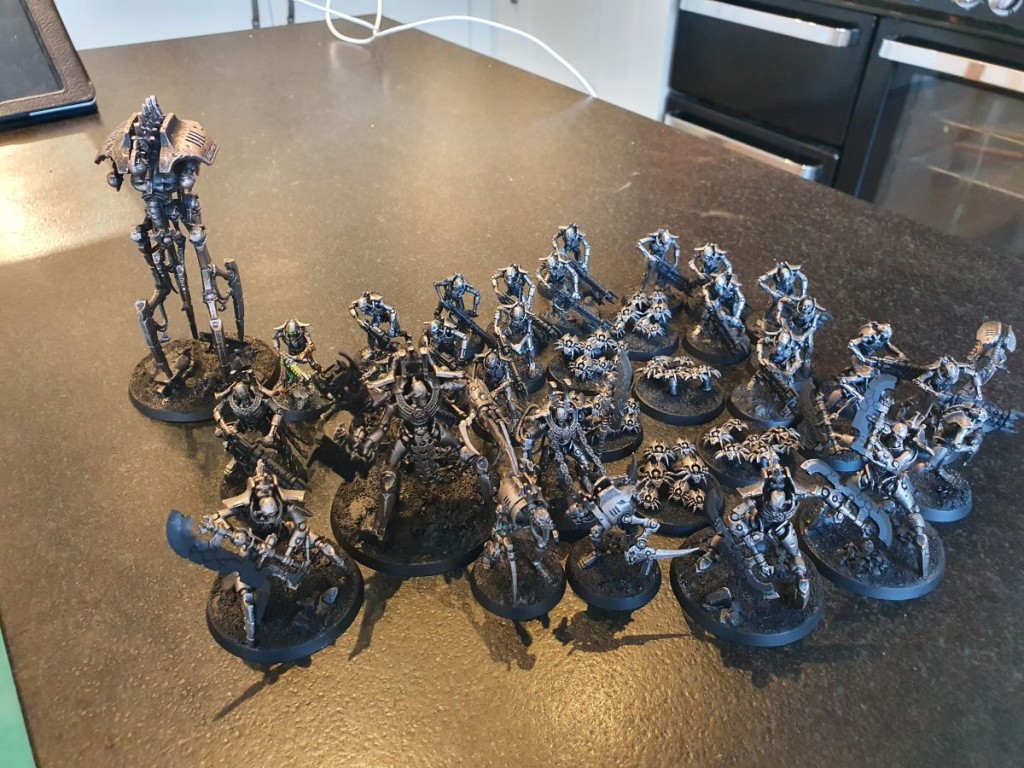 Cheers
D
* In fairness, you don’t have to decide. It’s me, we all know it’s me. The fact that Rory is substantially better than I am at this whole figure painting nonsense is obviously not a relevant factor here, right? Right?? 😀 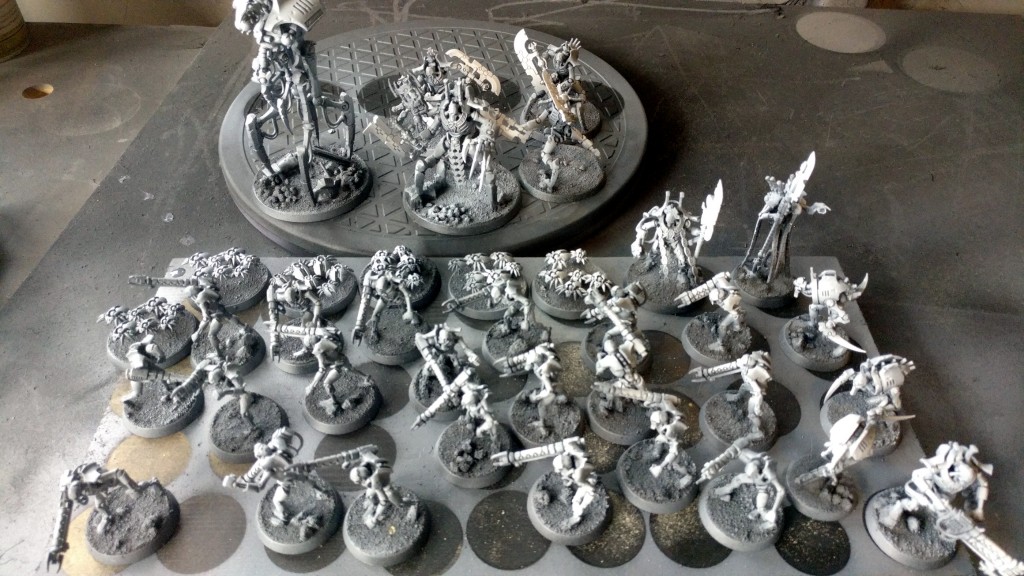 So all fairly simple at this stage, rattle can black, followed by a grey zenthil coat. Then I followed up with an some targeted airbrushing white. Mainly aiming for anywhere that will have a glow later, the melee weapons and gun coils. I first glued some PVA, sand and pebbles onto the bases to give them some texture.