There’s been some good progress made. All my spooky robots have been based in their rough metallics. Their carapaces picked out in a rough pattern of Retributor Armour Gold – applied in much the same way. 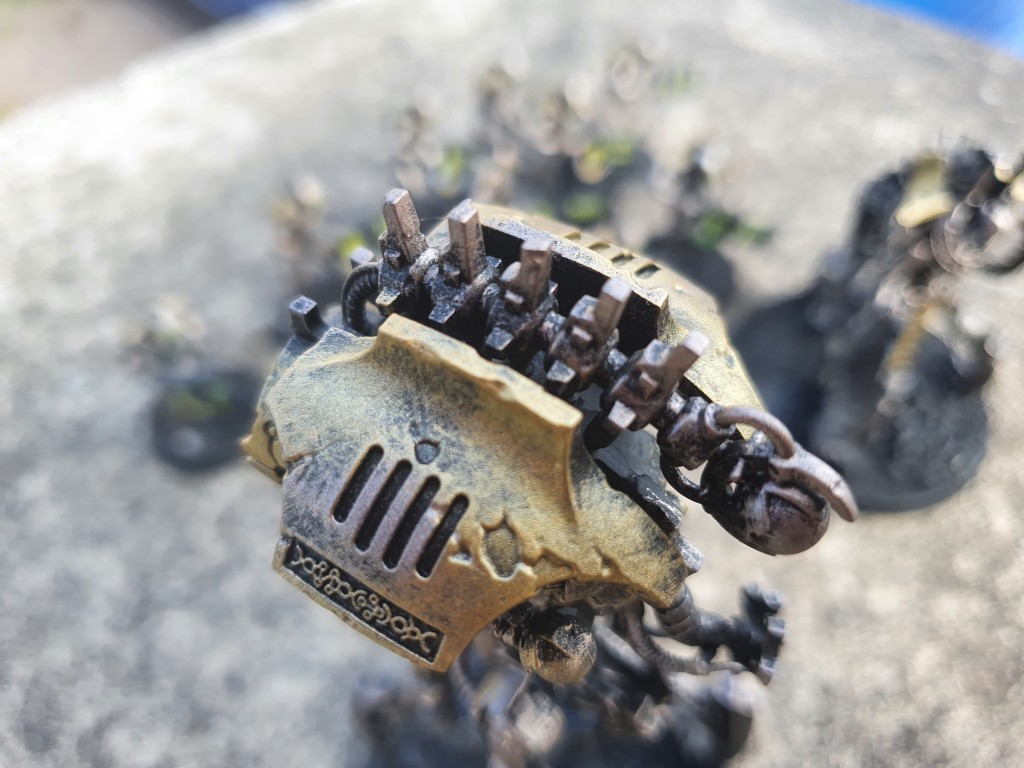 For the first week I’ve focused on a squad of warriors with Gauss Reapers (though admittedly one guy with a flayer did sneak their way in). 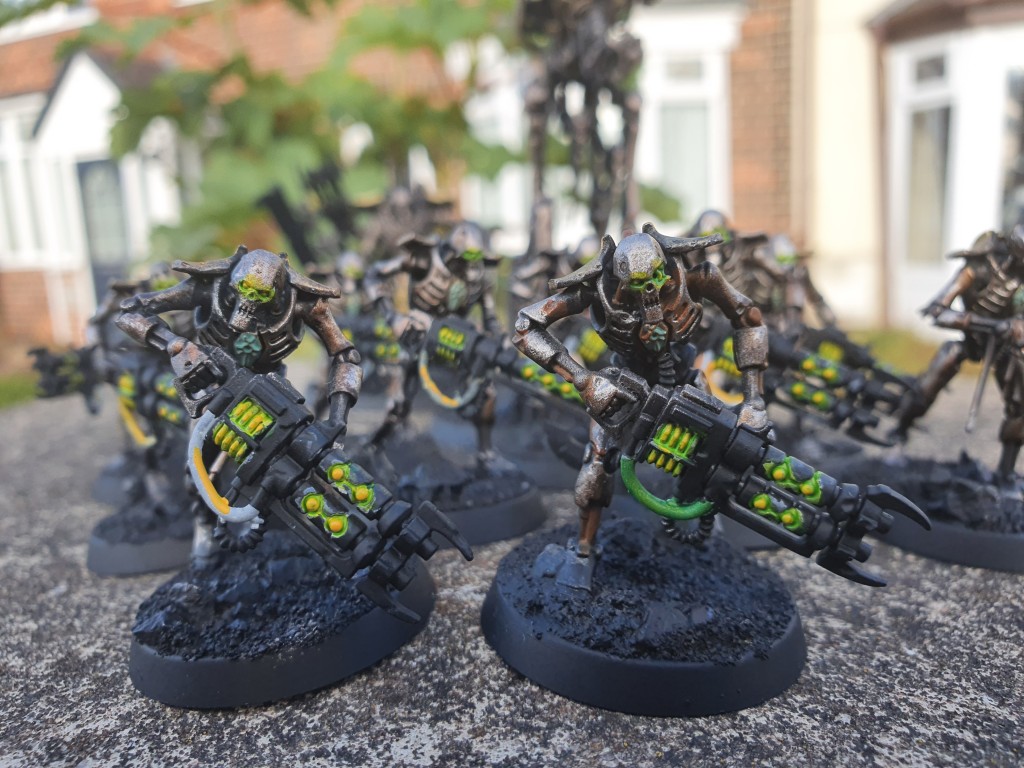 For the gauss effect on the eyes and weapons I base coated in Corax White, Popped a spot of Yriel yellow in the center and then used the Tesseract Glow paint over the top. The effect is strong – I’ll be honest though I’m not sure if it’s too much, and if it is I’m also not sure how to easily tone it down. (suggestions welcome) 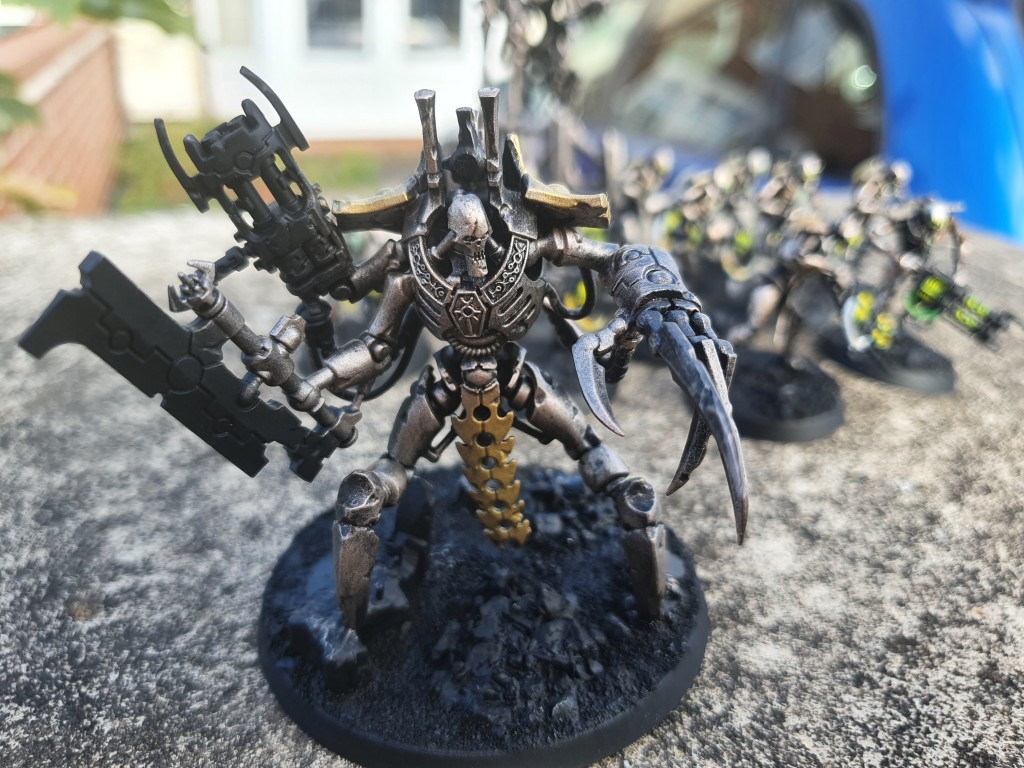 The rust effect isn’t completed yet. I managed to salvage an old pot of Bestial Brown (with a good dollop of Contrast medium in it as it had gone kinda solid in there) and watered it all down nicely. I’ll go over some of that with some watered down Trollslayer orange in due course – but not tonight. It has a sort of dusty rust base to it which I like so far… I’ll see what more I can do with it.
Let me know what you think.

While my opponent has focused on more singular units, I have applied batch painting instead. I learned this in the trenches with my Imperial Guard project. Contrast paints have been vital in speeding the process up. Blood Angels Red for the shoulders and Skeleton Horde for the skulls and spines. 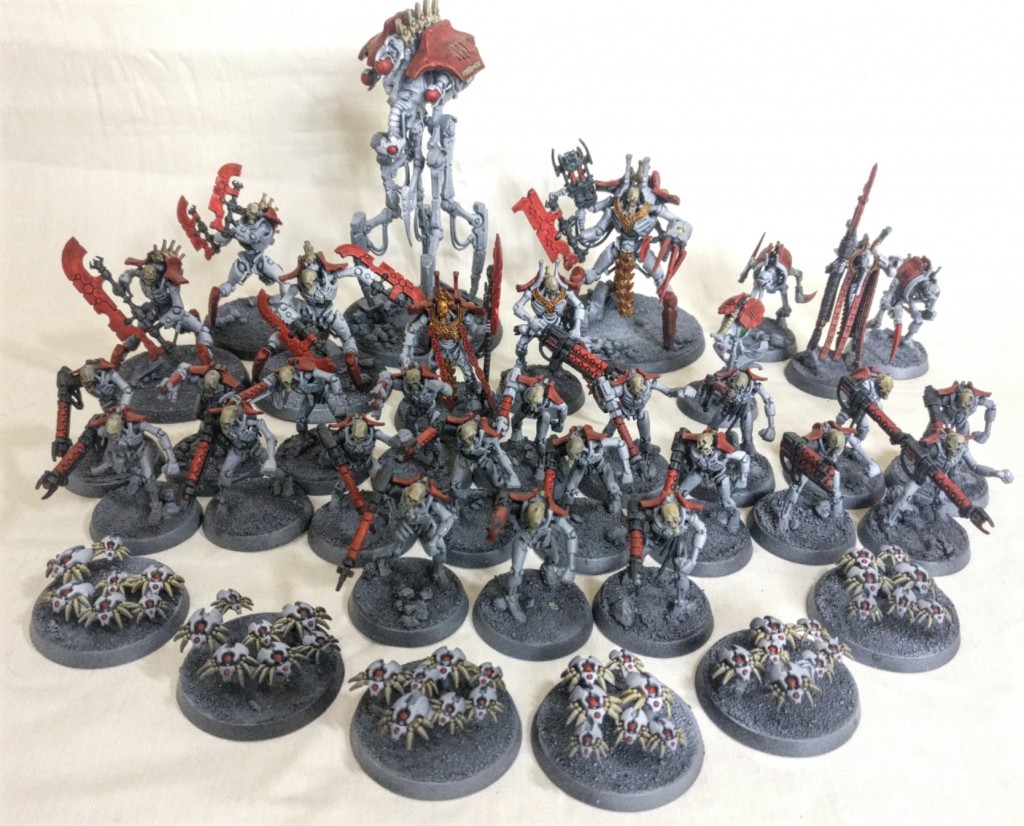 The bases needed another coat of watered down PVA to stop the sand rubbing off them. Hopefully I will get the time to start putting some details in now. 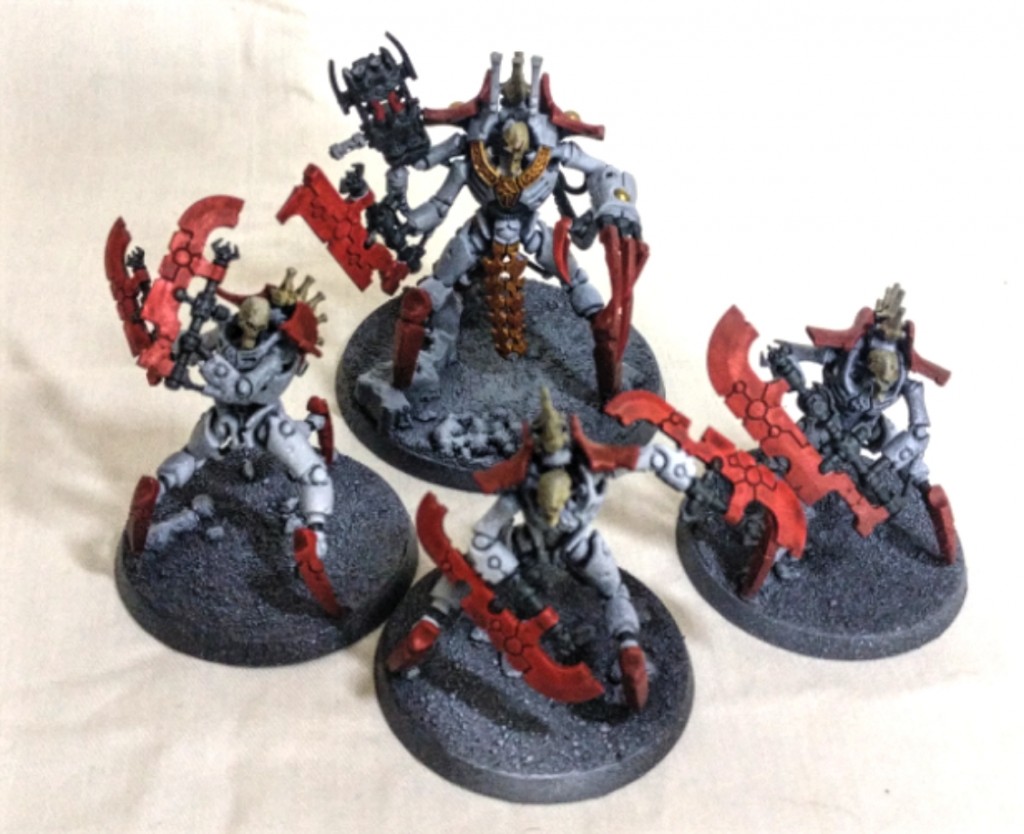