1,000 points of Imperial Guard done and it took a lot longer than I expected. This is my attempt of doing something with all those spare models that have built up. Plus you know the lack of daily commute gave me a lot more time and I thought some of it should be used for hobby time. This gave me a chance to look at the many lists I had made up with plans to one day purchase, assemble, paint and play with. (Chaos in both demon and Iron Warriors, Tyranids, Sisters of Battle, various Marines armies, Orks; it goes on…)

The 19th Ravens of the Steel Legion of the Imperial Guard 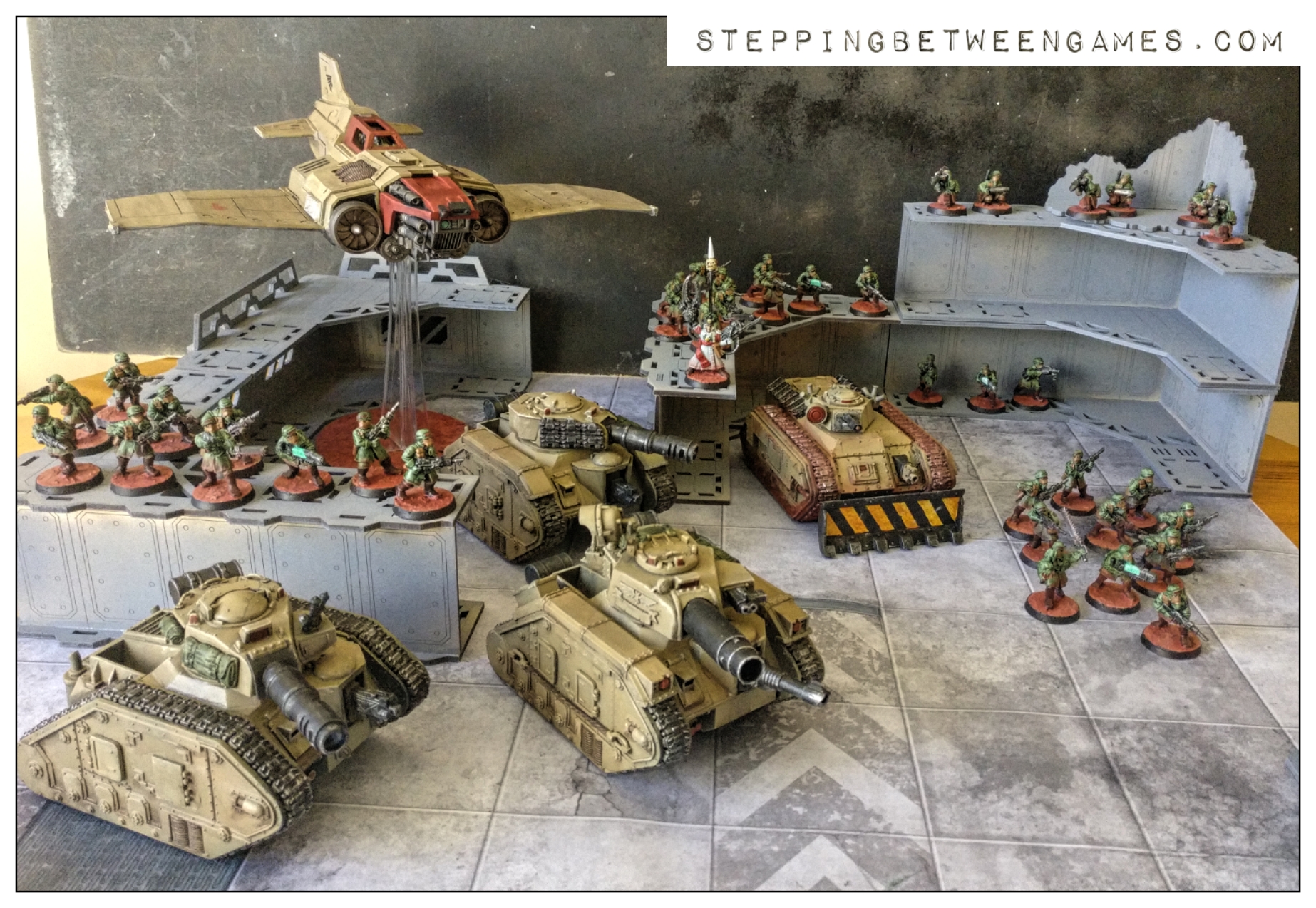 So it turns out you can get a lot of models for 1,000 points with Imperial Guard (or Astra Militarium). Like a whole lot more than I am used to. 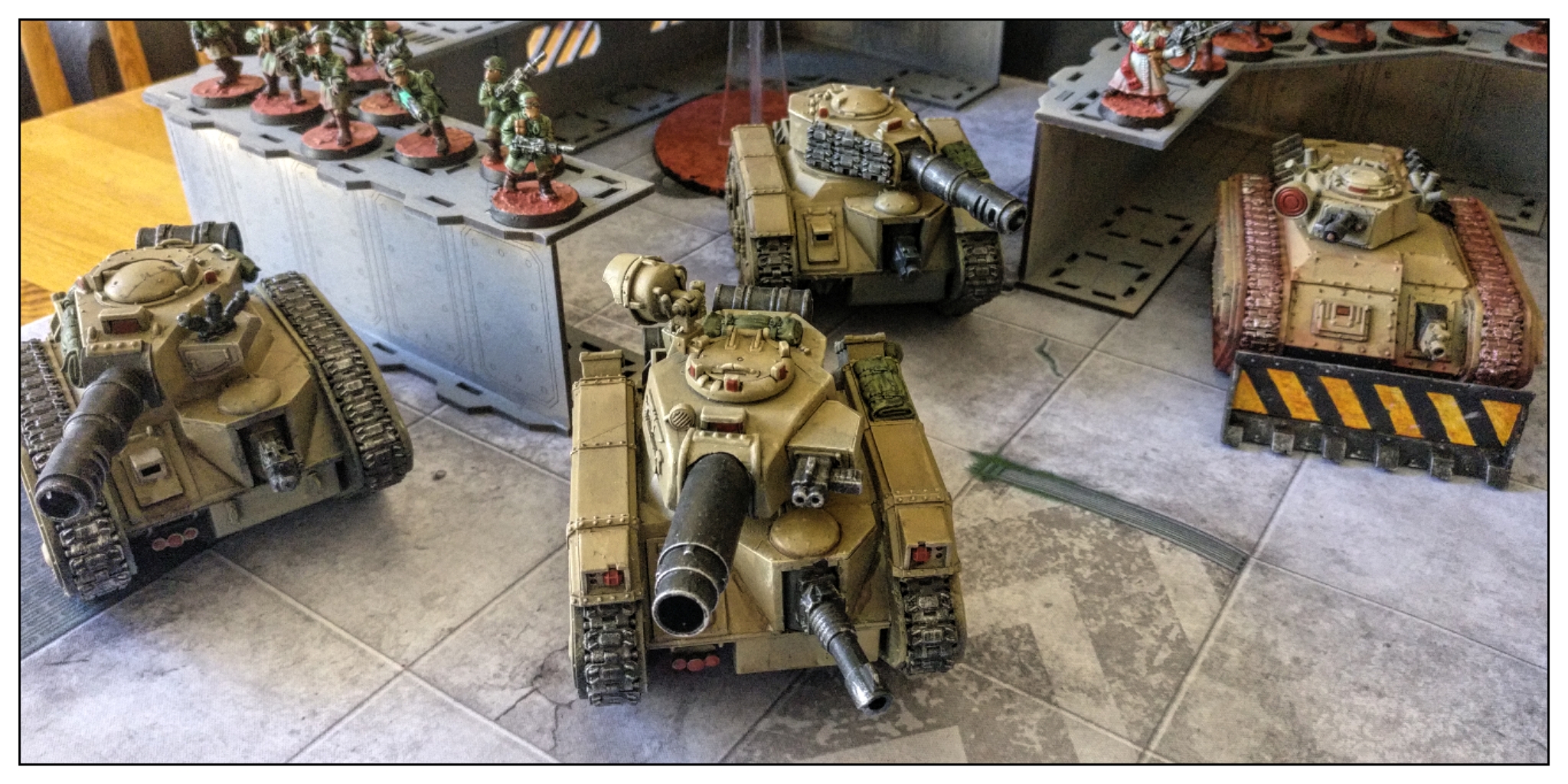 So I think the lists gives me a few options to play around with and includes some of the things I really like about the Imperial Guard. That is to say tanks. I really like Leman Russes. With a bonus Chimera rocking a dozer blade for looks alone. 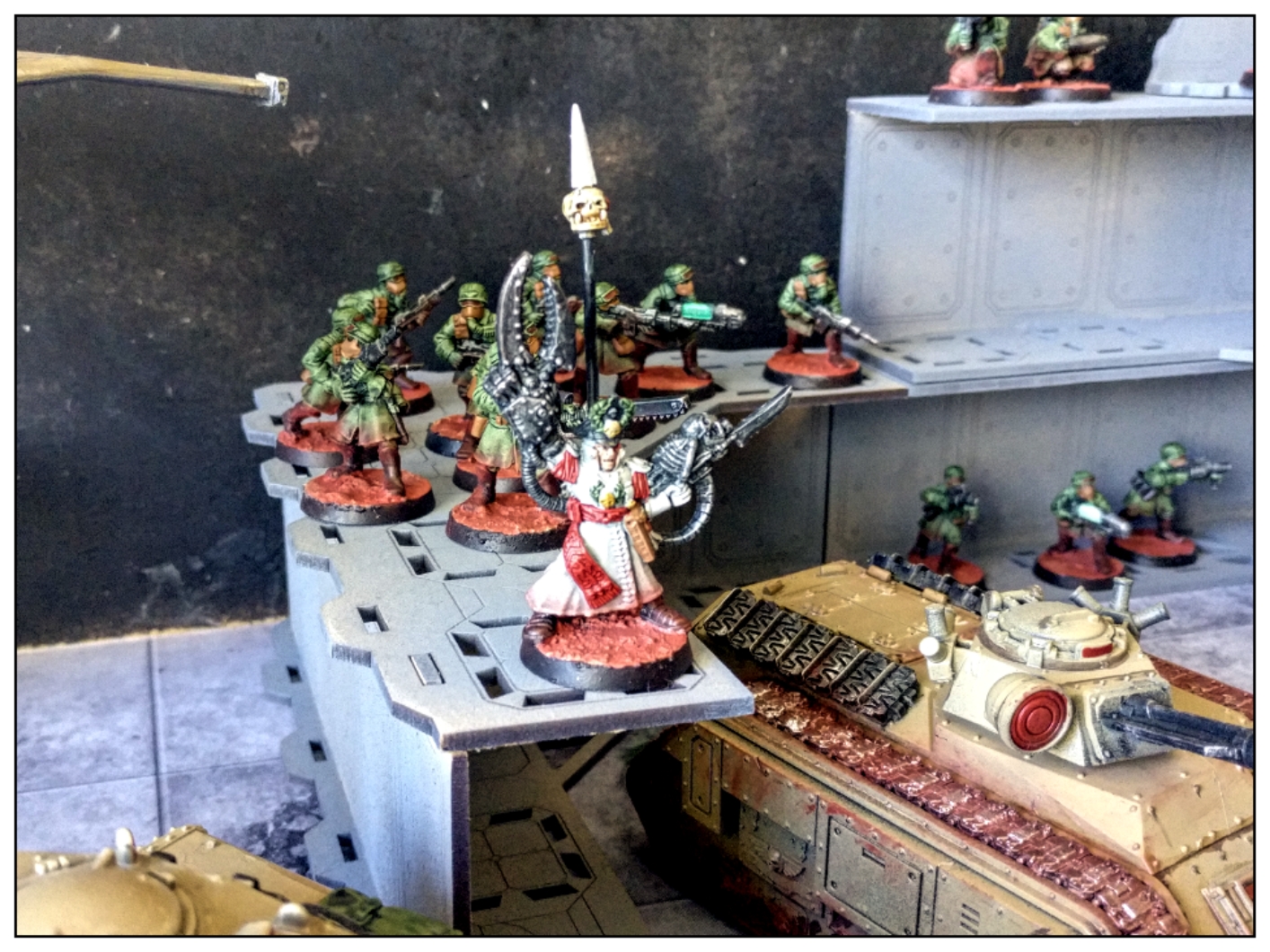 Lord Commissar Anderson, who looks very washed out in this photo, has been a classic mini for a long time.  I will have to go back and take some better photos of him. I will put them up on my Instagram, Twitter and Facebook pages when sorted.

The final model is a wonderful piece of kit from Forgeworld. Sadly I flew off the handle and put it all together before starting painting, this leaves some really tricky spots to paint. You’d think I’d have learned that by now.

Remember in times like this you do not need to worry about your productivity, we are all under immense pressure. Your hobbies should be something enjoyable, not something you feel you need to progress.

Take care until next time.