Recently I got some models in a trade, with them came some extras with a Fallen vibe to them. Suddenly I had a number of Dark Angels in my possession. Now the Unforgiven were never a Space Marine Chapter I would intend to collect, but I have been looking at Kill Teams recently.

So the idea of a Star Wars themed Kill Team came to mind, in particular a set of Stormtroopers. After all they all serve the Emperor right? 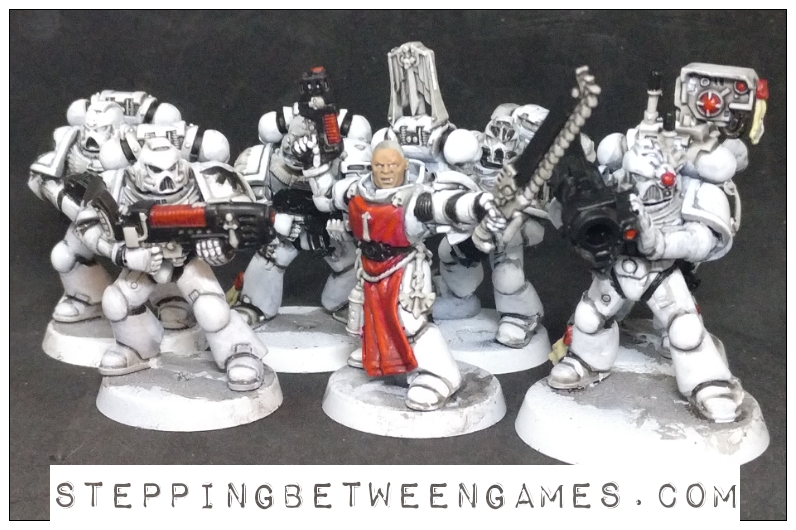 I went for a very stylised look to these, going from a dark grey and working my way up to white armour. Almost a cell shaded effect akin to Borderlands. Hasn’t quite worked out but I like the look so far.

The Sarge’s face still needs a lot of work, as does he haircut. Wanted to make it appear like he has a full on buzzcut. 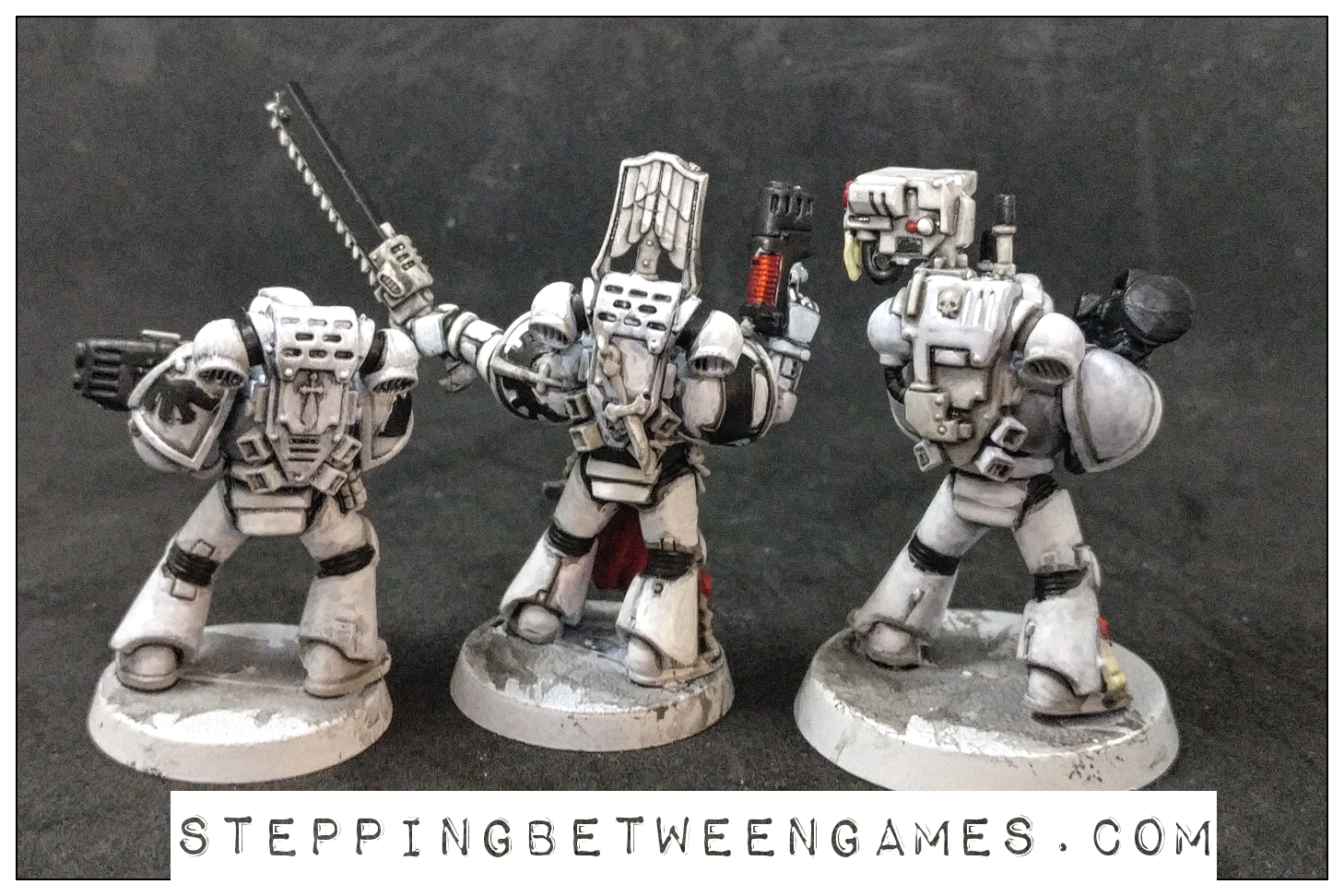 All of them have been painted on the bases they came with, but will be moving to 32s next. Gives me a chance to paint the bases up by themselves without the models in way.

The current plan is to use cork and piping to build up bases to match the more urban looking Kill Team vibes. 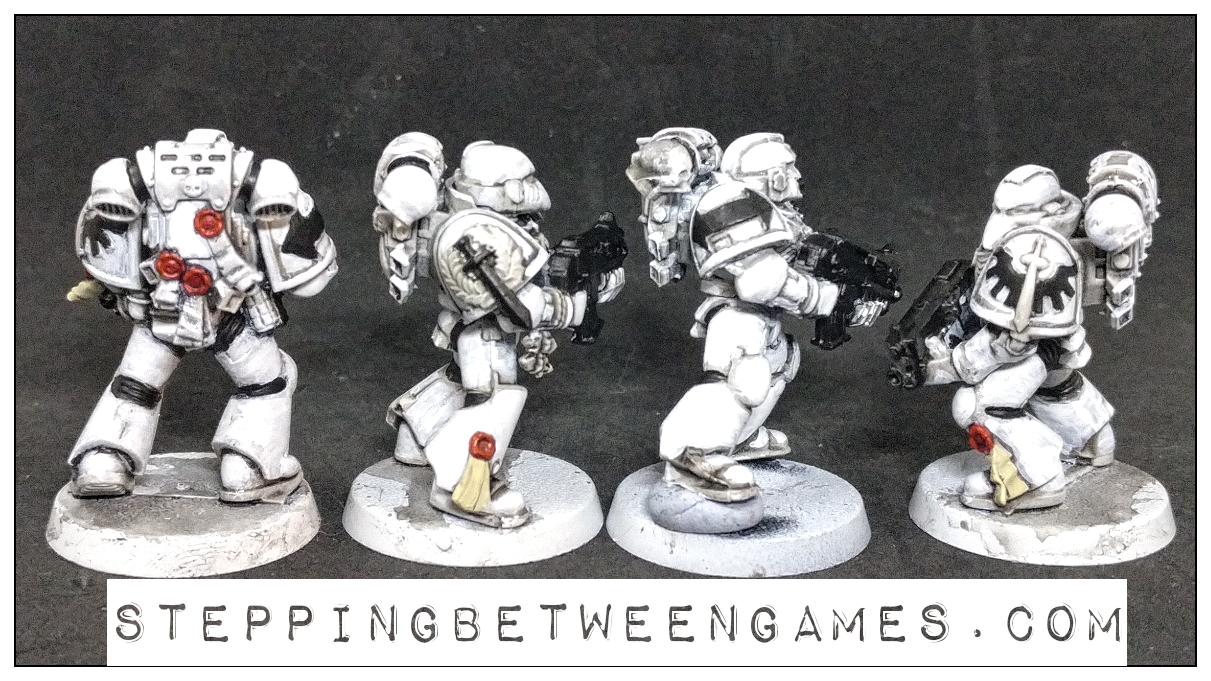 Any thoughts on colours for the eye lenses? Black or red to keep with the scheme.

So there we go, a new project half way done that very importantly hasn’t cost me anything. How are you getting on?