Welcome to the 19th regiment of the Armageddon Steel Legion. Like a lot of people I found myself with more time on my hands lately. I decided to use the two hours a day I saved on a commute to spend time with my family. Some spare time I have put into making a 1,000 Astra Militarum (really Imperial Guard) army. These are done up to a table top standard, because they die if you sneeze at them.

The images are all now links to larger pictures, which has been requested for a while. Lets jump in.

The troops of the Steel Legion

The core of most Guard armies in Warhammer 40K are the troops. Although I am not sure how this plays out in 8th edition. I was somewhat limited to what troops I could put down as these are all Steel Legion metal models. That is except for the Lord Commissar Anderson*. (Totally different from Commissar Sebastian Yarrick, the Hero of Hades Hive)

The bases are done to match my House Malinax Knights. In my head cannon these would be the support troops for the House. As such they have a very red desert look and I have used Secret Weapon Miniatures pigments to work up a dusty look. I used rust red and rust orange for this effect, but I need more practice. 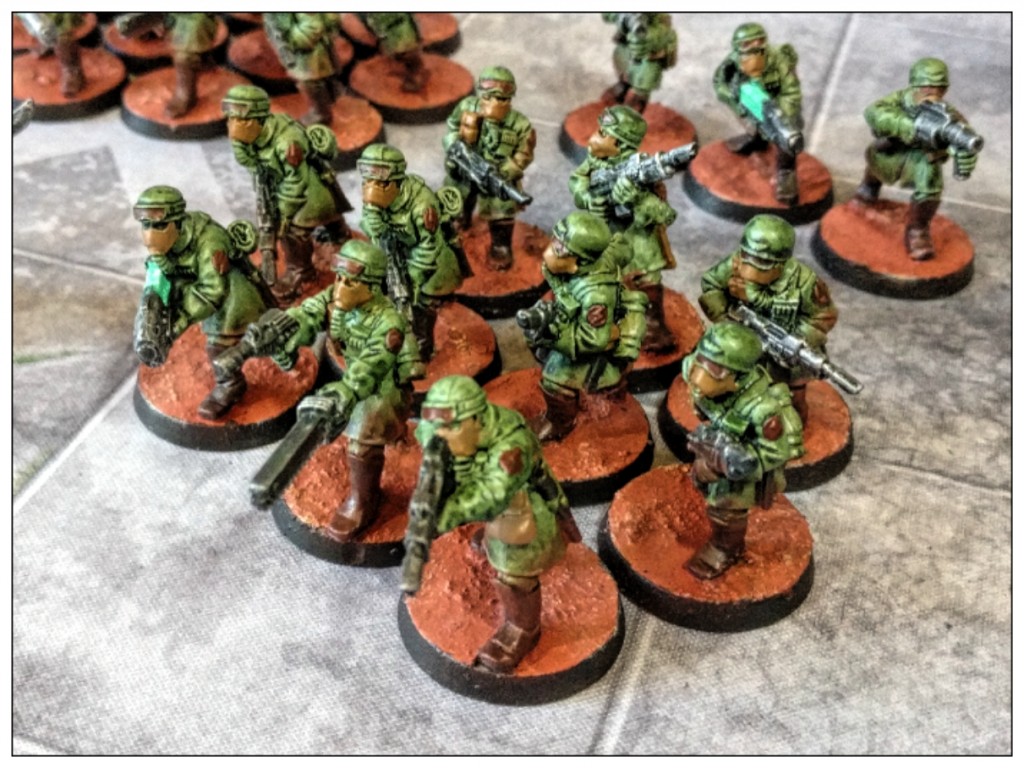 My little heavy weapon squad, back when they didn’t come on one base. 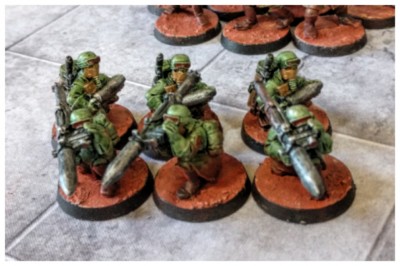 I have been playing around with weather effects on the Lord Commissars personal ride. This has used more of the pigment from Secret Weapon and some Typhus Corrosion from GW. The Typhys was mainly as I had never used it before. 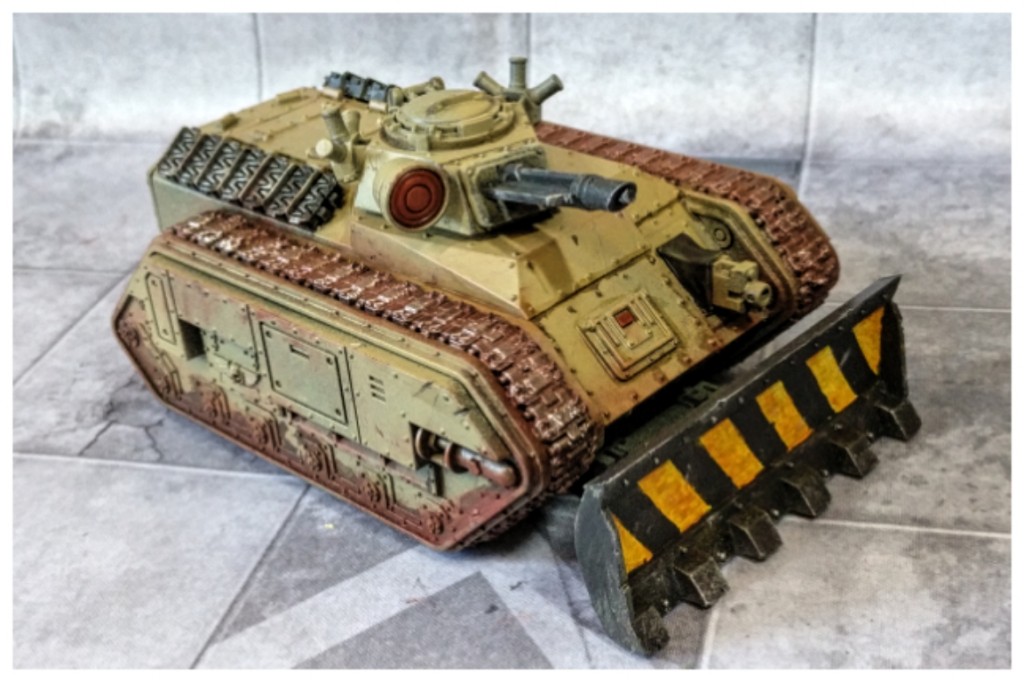 Everyone needs some heavy armour and thankfully the guard has it in spades. The venerable Leman Russ chassis still works well as a main battle tank. Below is a very work in progress shot of the thread heads, the middle one being a tank commander. There is a lot of tidying up, shading and weathering to be done on these yet.

The last piece to come is a Thunderbolt Heavy Fighter. That will round the force up to 1,000 points. Once Warpstorm 19 is over and restrictions lifted I may have a plan to duke it out at Warhammer World with some friends.

*Lord Commissar Anderson is named after a friend who I got a lot of these models from.