To me they will always be the Eldar, not the Aeldari, a race of annoyingly difficult to fight space elves. I had never wanted an army of them but ended up with some kicking around. This is when I saw the below video from Midwinter Minis (which is a great channel that you should check out):

This was a very interesting scheme and technique. Plus the idea getting some more minis done during the pandemic appealed to me. My small Eldar force have been added to my other lockdown projects: 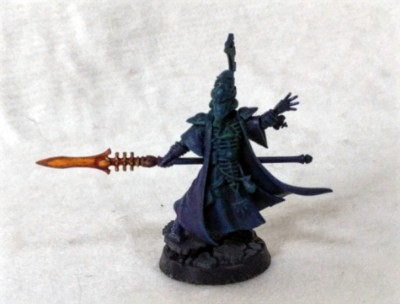 The Dire Avengers came to me to pre-built, so I am not sure the leader even has valid weapon options. But due to the closeness of the details these are a lot more blue then the bigger constructs. 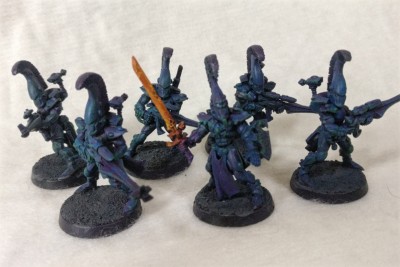 I wanted to put a bit of movement into the Wraithlord, to really get the sword swinging. The gold head was a minute idea but I think it really pops. Not sure how to finish it off. 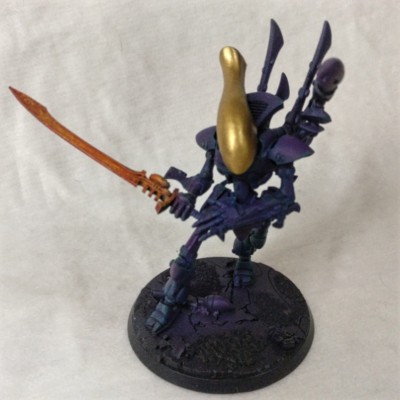 Everyone loves a Wraithknight right? The right arm is magnetised so I can jump between the sword and cannon. Just wasn’t a fan of the twin heavy wraith cannons. I experimented with some water colour effects for the base. I think I made a mistake with this though and should have varnished the model first. The lovely shine from the water I think will be lost once it is hit with varnish. Some clever covering will need to be done. 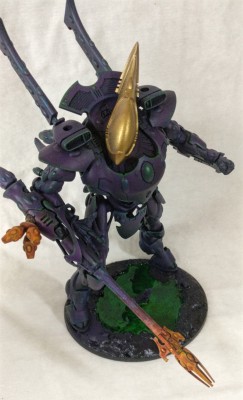 The full group shot so far, no idea what Craftworld I will even run them as. This was always more of an experiment in a different play style and following someone else’s techniques. 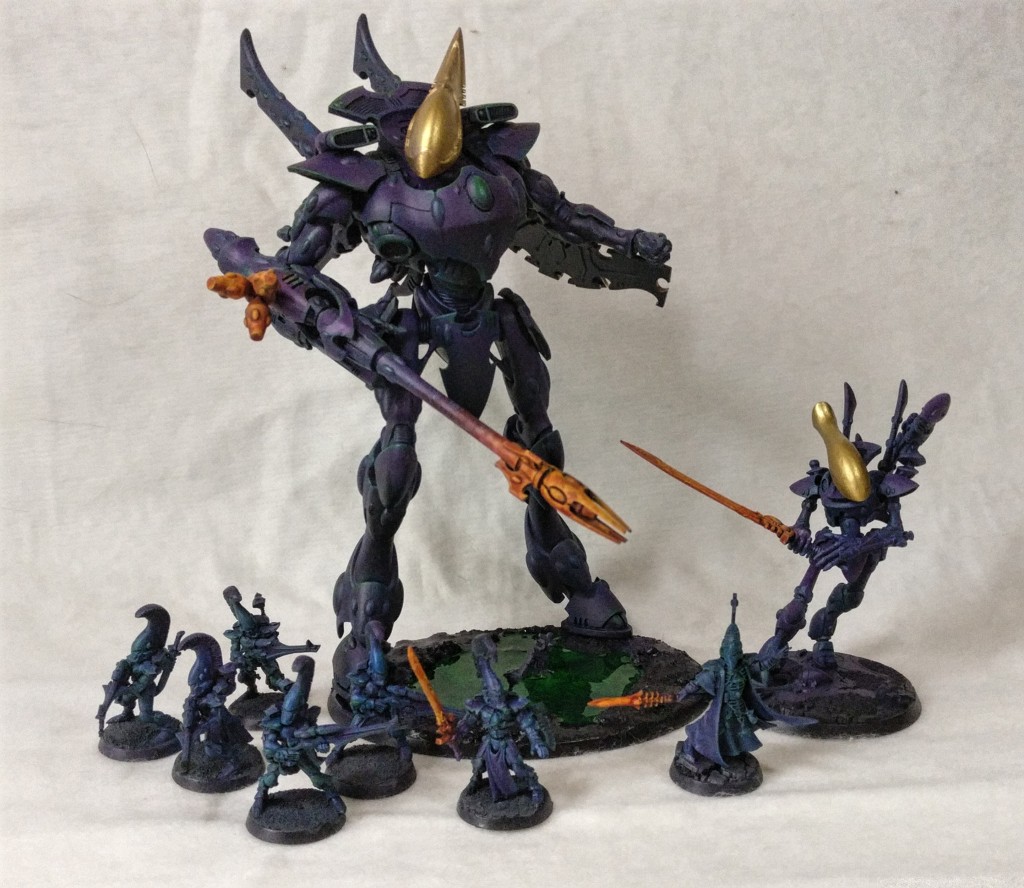 Now to figure out what further accent colours to add and how to round off the basing.

What have you been up to?