It is only a couple of weeks to go until I head over to Warhammer World to face off against Dessie (with his accursed Dark Eldar). As such I need to ramp up the Stygies VIII production line. This will be the culmination of the Alchemists Workshops – Tale of Two Warlords.

After I got my start collecting box finished, donated from Alchemists Workshops, I need some firepower to add to the force. So here we are with some Kataphron Destroyers, equipped with plasma culverins and phosphor blasters. 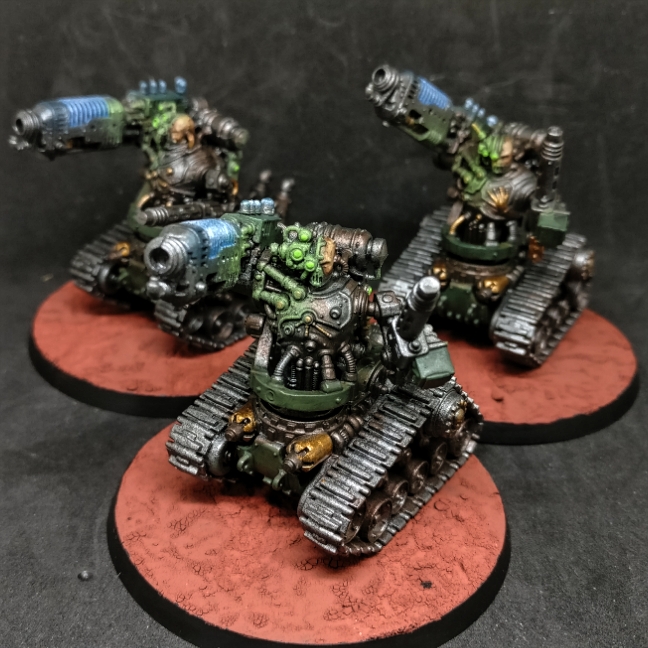 I went with the matching green glow for the eye lenses to match the rest if the force, but went with blue for the plasma. 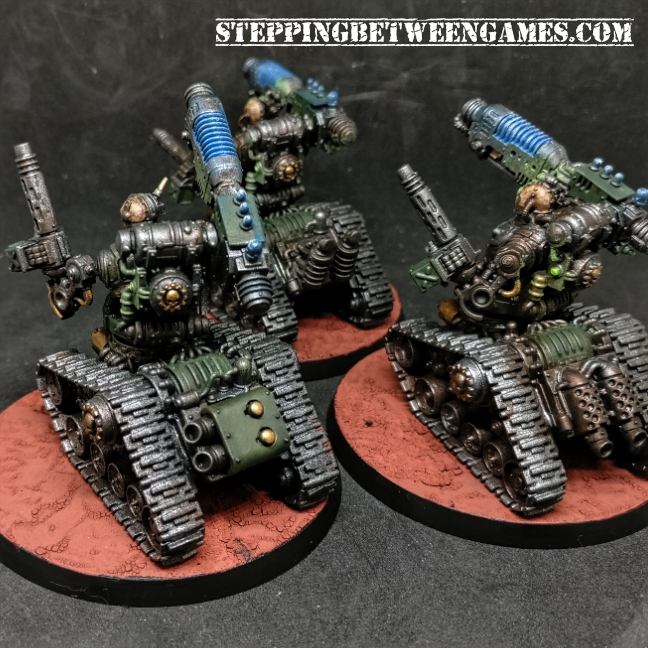 Otherwise I kept then dark and grimy to match the Onager and my knights. 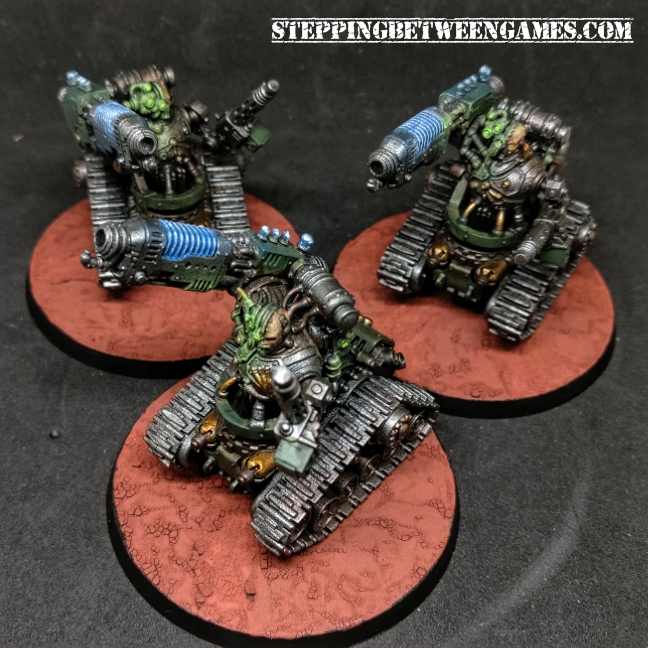 The bases of course match the Mars theme, because I really like the look of it, despite being a Stygies VIII force.

So what do we think folks?