House Malinax is nearly complete, well as complete as any wargamer ever gets with their models. I have been quiet lately on the website but I have been making big steps forward in the painting department. Warhammer 40K Codex Chaos Knights is now out in the open and this has really spurred me on to get my knights up and running in a full force. I have previously had my knights painted up as a household of my making, you can see the posts on those here and here.

Before Warhammer Community started previewing the Chaos versions of Imperial Knight factions we had very little to go. All we knew was there was Iconoclast, Infernal and Dreadblades.

After a lot of searching I found a scheme and history I liked in the form of House Malinax. They fell in with ruinous powers long ago on Xana II and followed the impressive Anacharis Scoria into damnation. Plus they have three tailed scorpions, what is not to love?

So how is my Knight lance looking now? My Gallant, now called a Rampager, is just about ready to crush whatever gets in it’s way. Head over to Berzerker Blade to see the loyalist version. 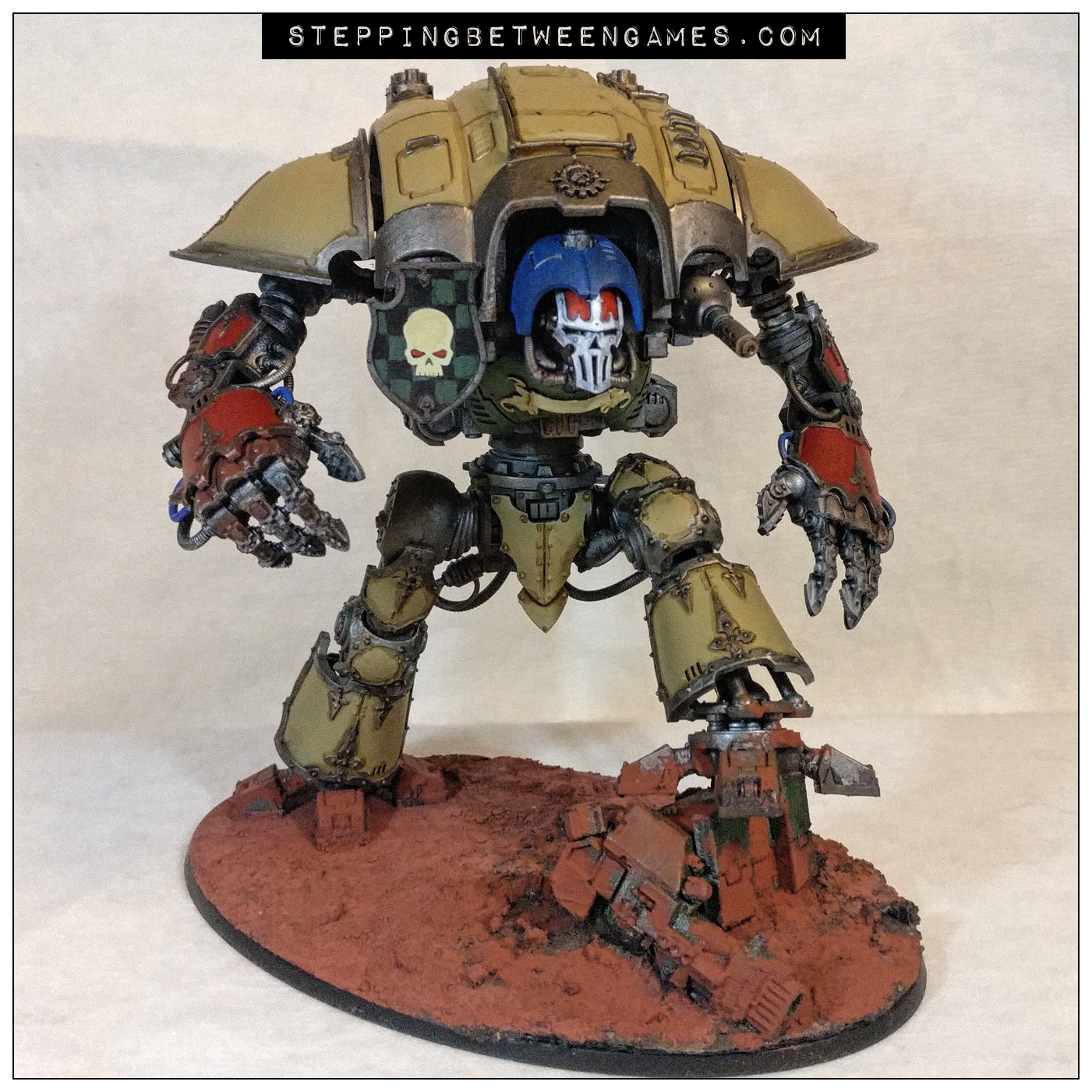 For the dakka knight you can’t beat twin Avenger Gatling Cannons. They may not even be that effective but the look is sublime. It should prove handy in removing loyalists Space Marines or Orks off the table at least. Have to work up the base, silver the trim on the weapons and do finish the head. 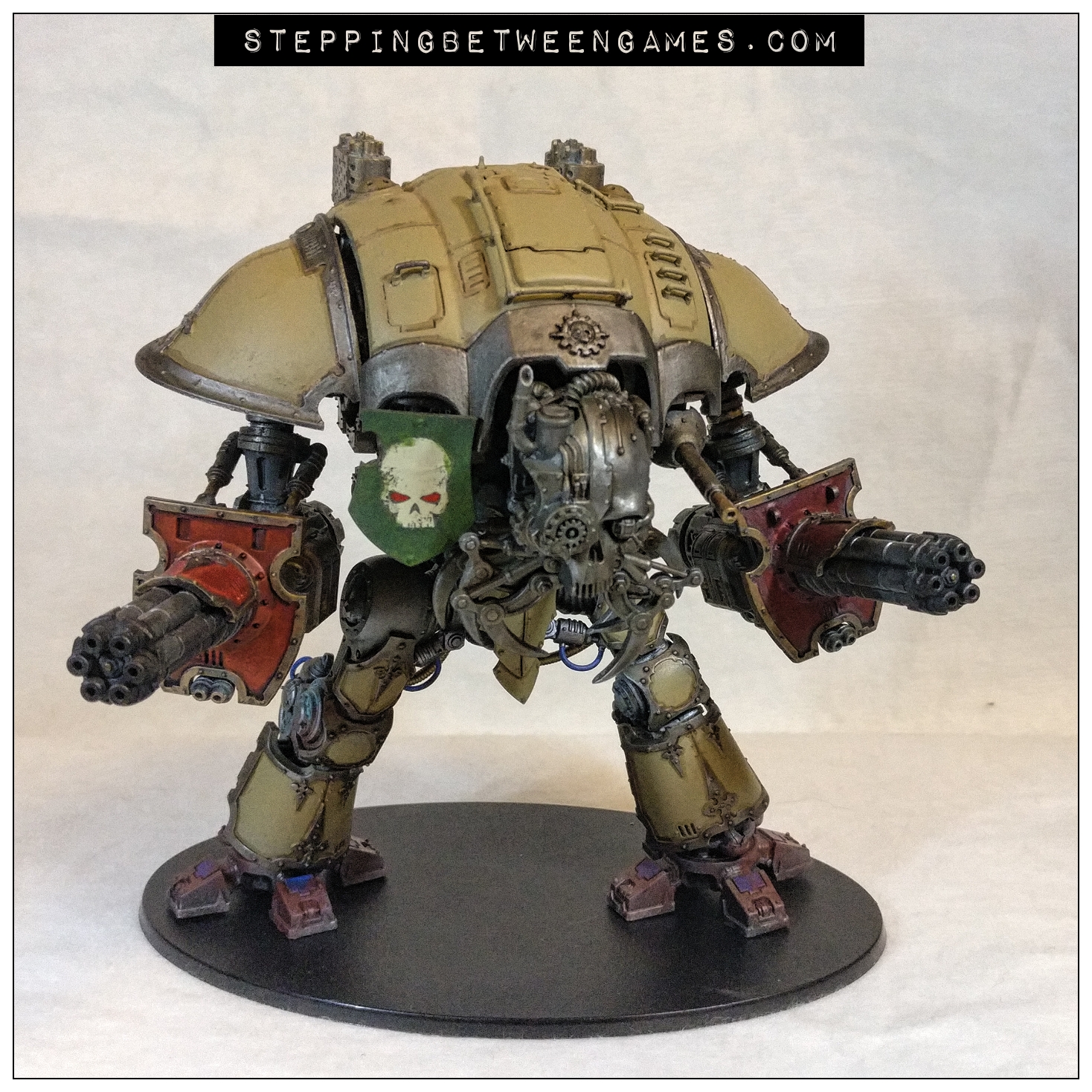 The knight Valiant, now a Tyrant Class, is nearly complete. Needs some washes on the metal trim and red on the siege breaker cannons. I have decided to leave the faceplate off in the end, I think the spot colour works well with it. I am itching to fire the harpoon into something again as well. Always worth saving a command point re-roll for a one shot weapon. 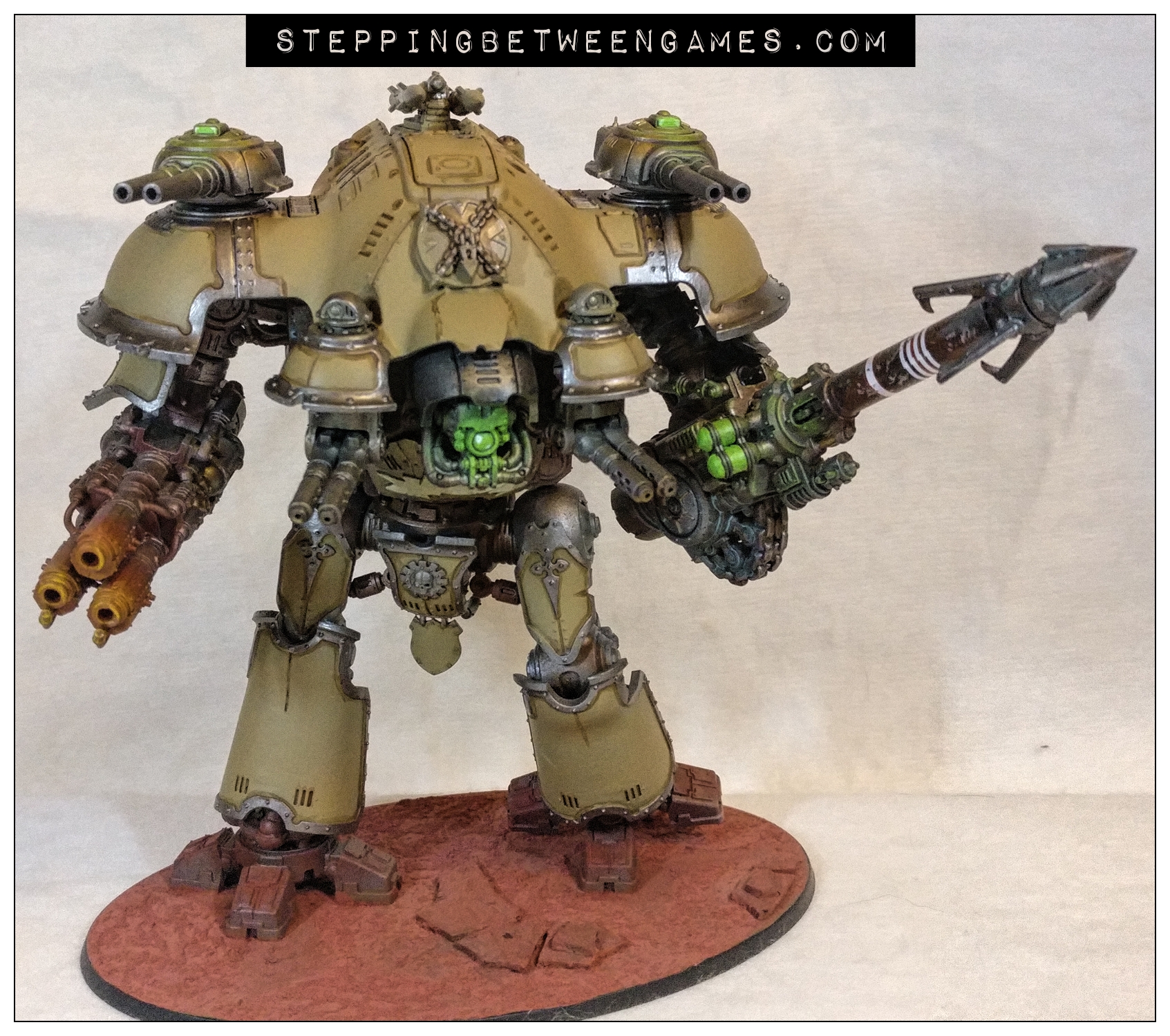 The knight Acheron needs plenty of details done yet, wires, pipes, eye lenses, fuel tanks… Quite a while to go. Not quite sure it looks aged enough to be from the Horus Heresy times, but sure they have made some newer ones since. Right? 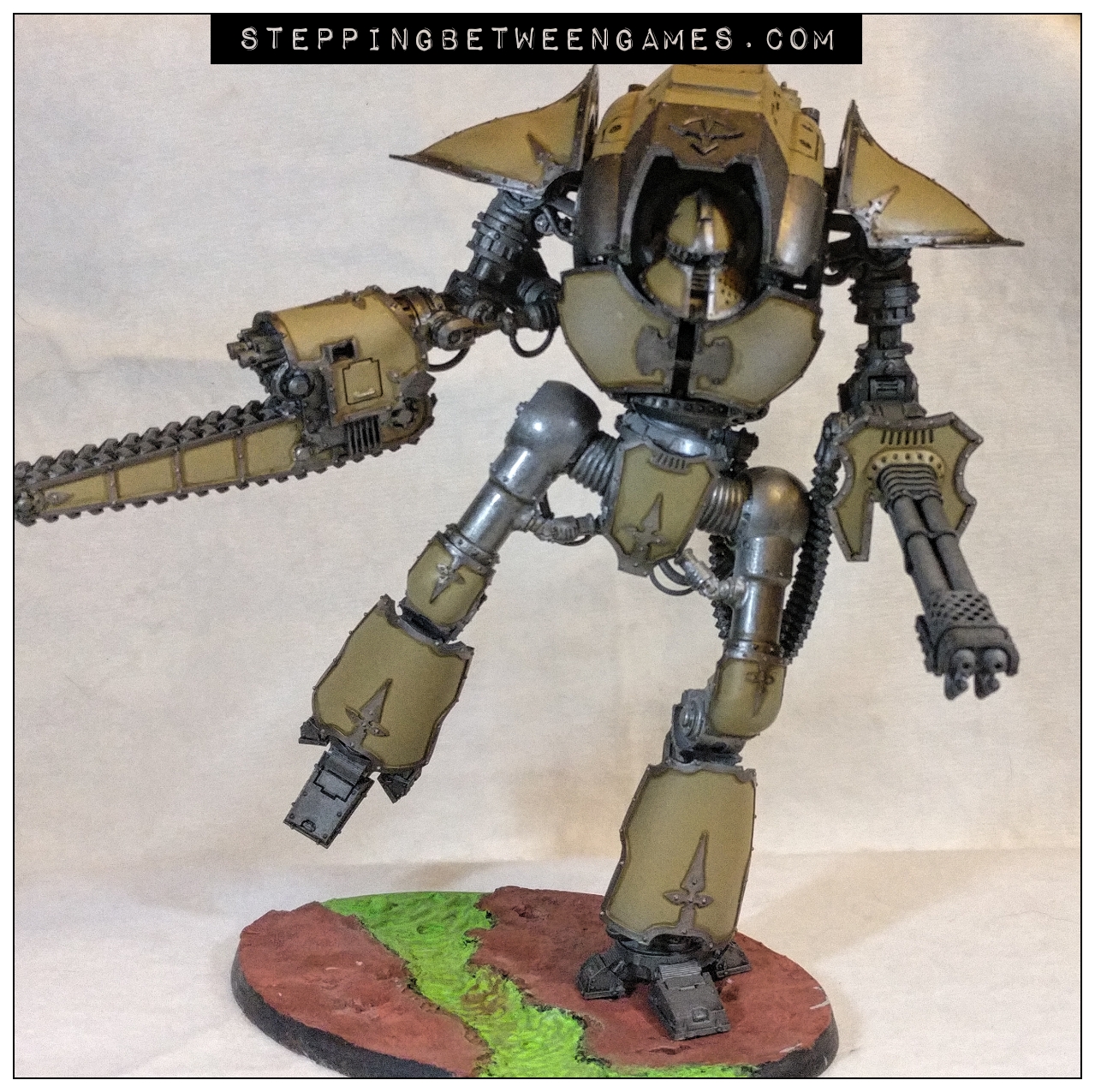 Nice family picture of the four together. Well the four built and painted so far anyway. I am trying to figure out should I go with trying to print House Malinax transfers or freehand pieces on. What do you think reader? 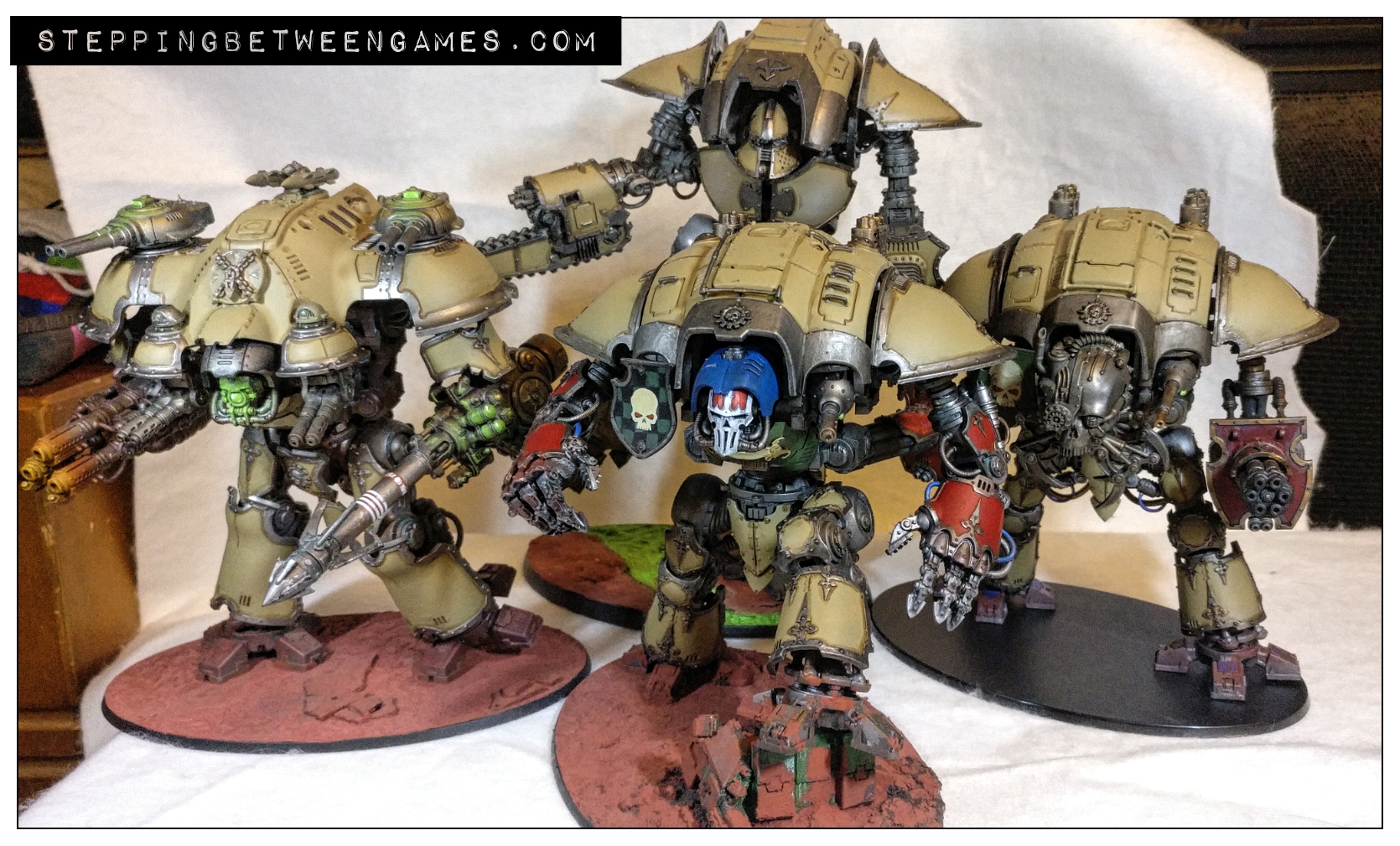 Thank you again to my Patreons for all the love for the site.