With the previews of Chaos Knights for Warhammer 40K up on the Warhammer Community site I am trying to avoid being over hyped. Ever since the Renegade Knights got an Index I have been itching to take my knights into full on Dark AdMech. But lets face it, the rules from the Index are pants.

The previewed Codex gives us a lot more of an idea of how an army of knights from the Dark AdMech will function. For starters they will be called Iconoclast Households, which reminds me of the Battlefleet Gothic Chaos escort class ships of the same name. The rules leaked so far indicate a more close up assault force and less stand off and shooting.

Thankfully I have this beauty I have been working on. Which I think will suit a close up, in your face, shredding assault army quite well. 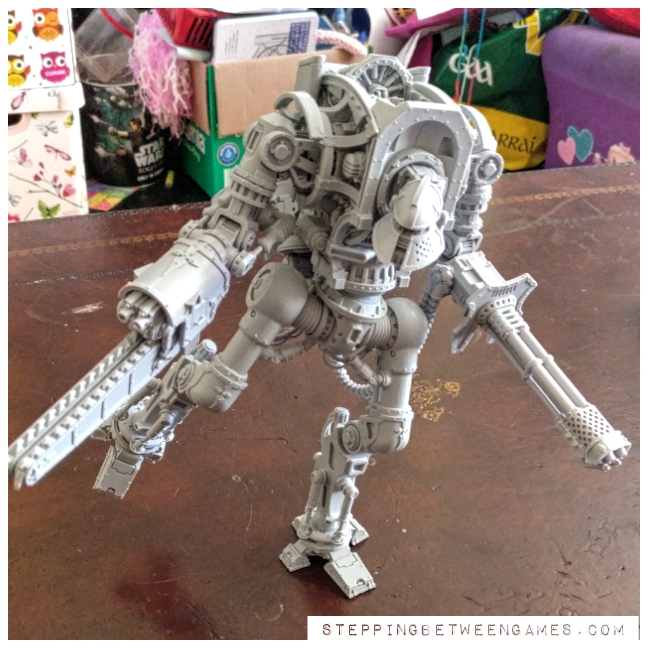 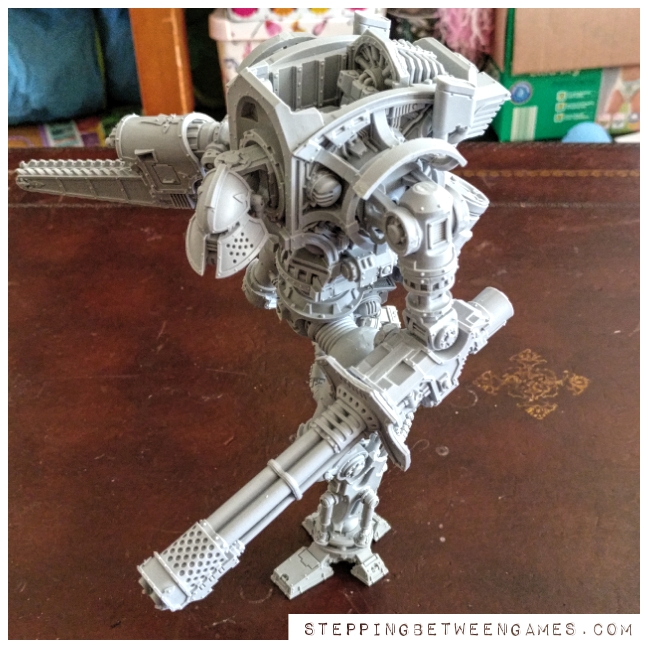 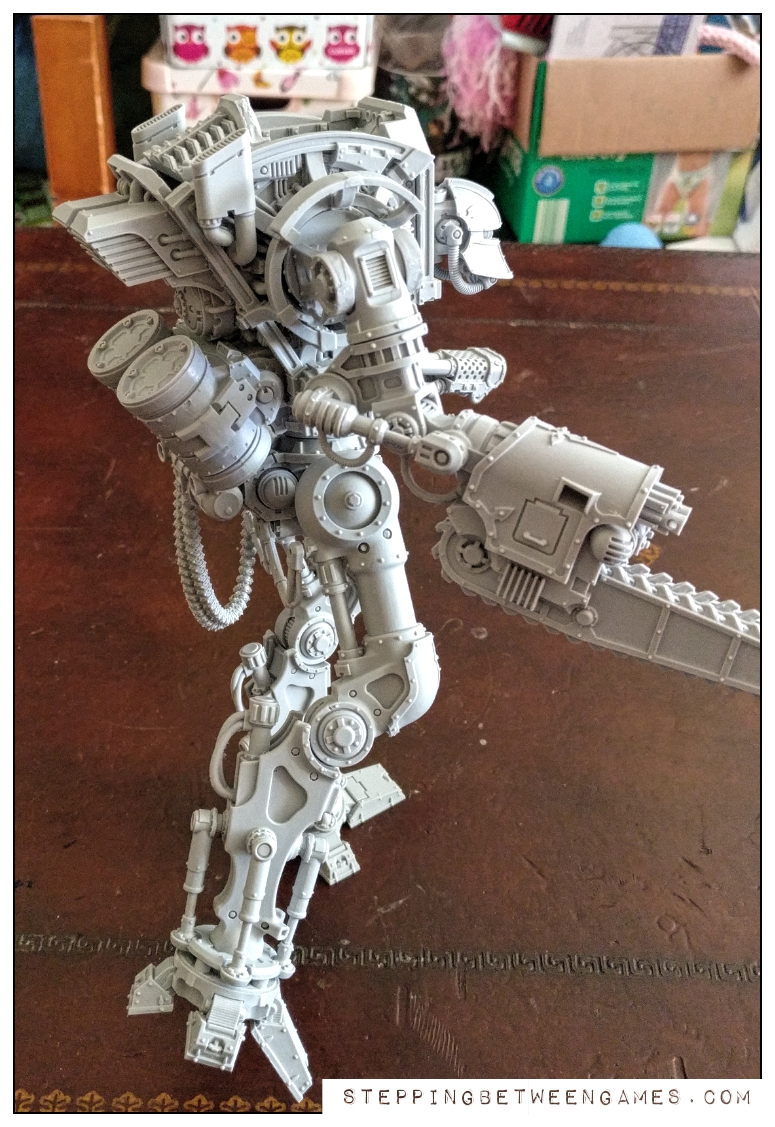 Quite happy that it can currently balance on one foot as is, without a base. I tried to get some motion into this beasty as it doesn’t seem like a static knight at all.

I may even have an old friend coming to join the Acheron. Previously I had to sell my Castigator but it looks set to come home now.