The game: Dixit
The publisher: Libellud
The designer: Jean-Louis Roubira 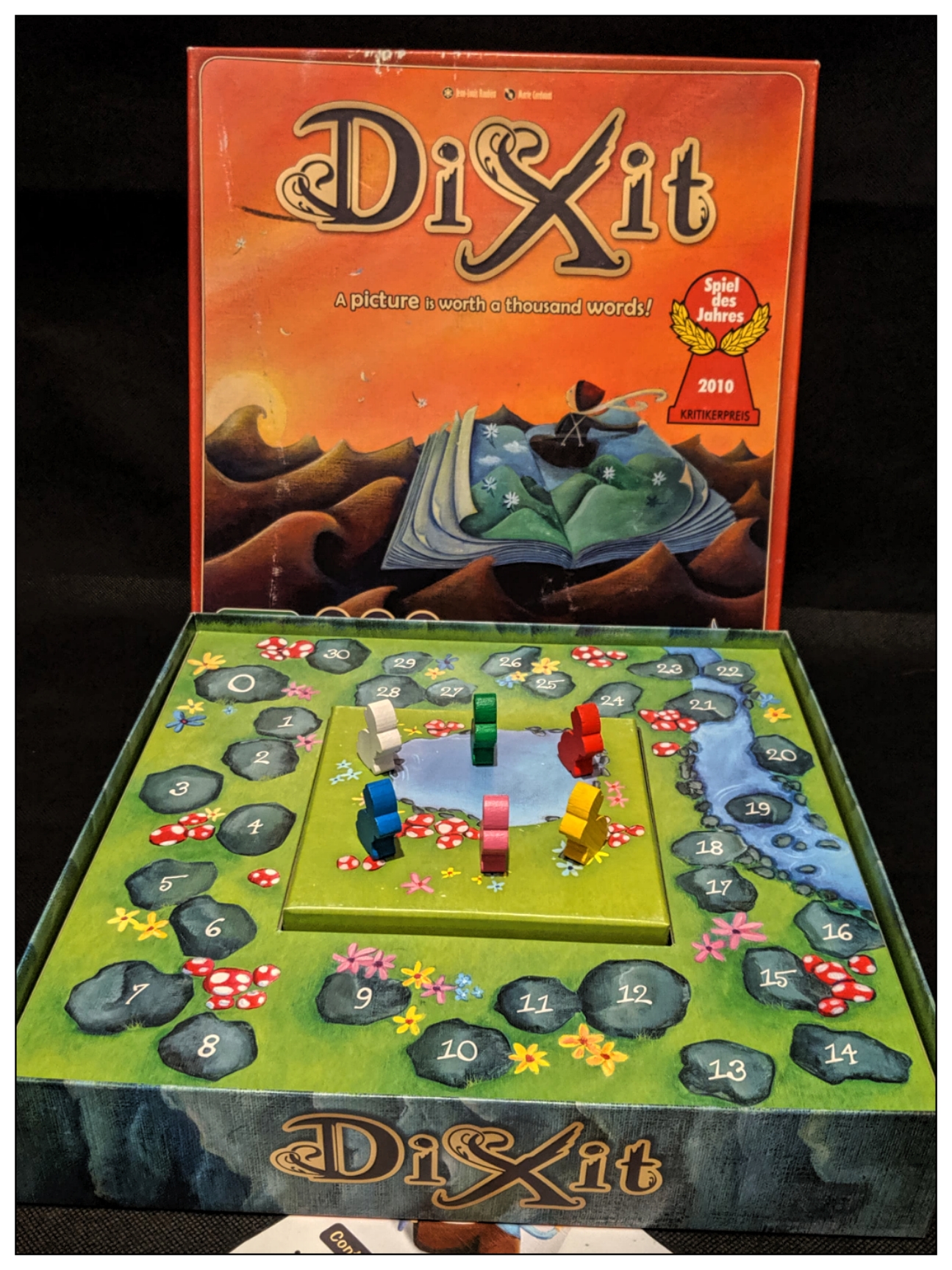 I thought for my maiden voyage into the capricious waters of board game reviews that it would be a good starting point to discuss one of my personal favourites. Dixit comes across as a little bit childish on first appearance, with its green, grassy scoring track, colourful cards, and bunny meeples (or beeples, if you will), however the storytelling aspect itself can be as in-depth and as adult as you like. The tone is a little bit ‘Wonderland’ and a little bit ‘Dalí threw up on this’ with each card portraying an abstract, surreal scene.

Each player takes turns at being the Storyteller, they look at the image cards in their hand and choose one, coming up with a phrase or word they associate with it. This could be anything, from well known song lyrics to obscure references. In turn, the other players submit a card from their hand that they think may fit the phrase. Keeping all cards unseen, the Storyteller player shuffles them and then lays them out for everyone to see. Players then vote on which card they think is the Storytellers. 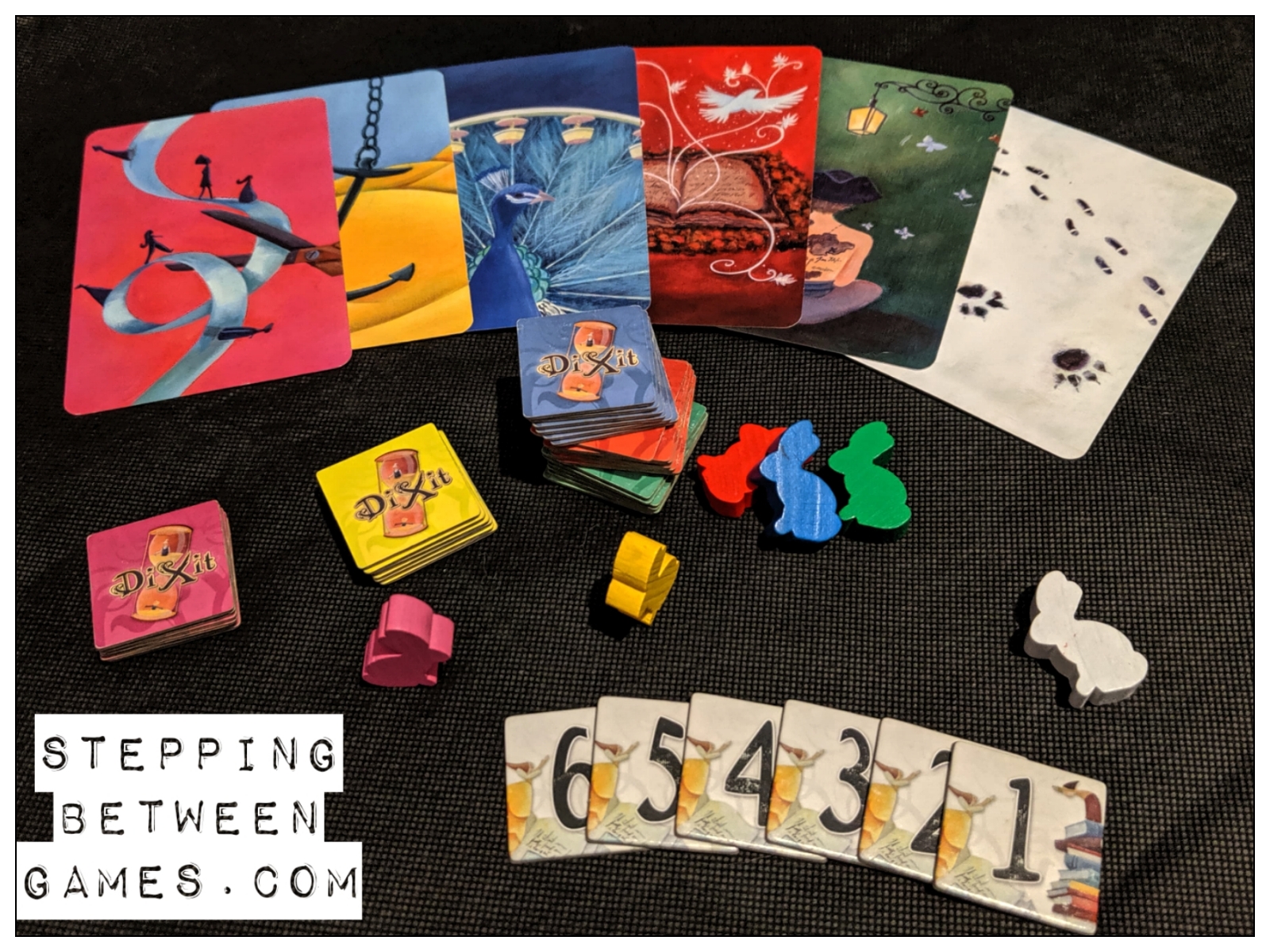 The aim of the game is to ‘steal’ votes off the Storyteller, or to tell your story exactly the right amount (are you still with me?). If everyone votes for the Storyteller’s card, they were too obvious and get no points. If nobody votes for the Storyteller they were too vague, and again get no points. Players who are not the Storyteller gain points for votes received. The scoring aspect is quite straightforward, though the first few times played I would recommend keeping the guide to hand until you get into the habit. In the end, the player who has binkied their way to the finish line (30 points) first, or who is most progressed once the deck is empty, wins!

The game is a light-hearted one, with minimal scope for aggressive competitiveness (I’m looking at you, Monopoly), and gives the opportunity for players of all ages and interests to add their own twist to their use of the cards and phrases. There is no wrong way to portray your card, and there’s certainly scope for creativity using simple sounds, animal noises, or even gestures instead if you have a group who doesn’t mind hard-mode! 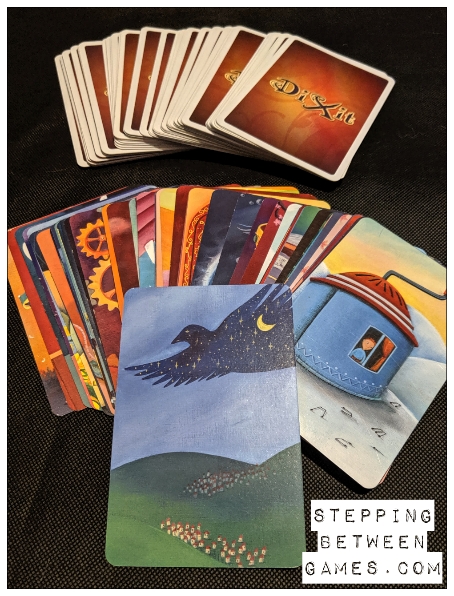 It’s great for a laugh, especially with some of the silliness that can ensue, and definitely has an appeal for those of us who like a riddle or puzzle to solve. The artwork for the cards is fantastic and tends towards a traditional children’s storybook style, which adds to the feel of the game. The diversity of the card art, interpretations, and the changing Storyteller throughout play means that no Dixit game is ever like the other, making it a great choice for so many different situations.

For another game review check out our look at Spirit Island.