Battletech. It has always been something I have been aware of in gaming, both on the table top and on PC/XBox. Anyone who knows me or has followed this site or my Instagram knows I have a real fondness for giant robots. Battletech personifies that! Catalyst Game Labs are the current holders of the license and, to my eyes, are doing wonderful things with it.

There is a small, thriving and growing scene of Battletech in Ireland. One of those band of mech enthusiasts, Mark, recently gifted me the Inner Sphere Direct Fire Lance*. These are a group of Mechs that like to get in your face and rather directly shot it off.

With only four models in the box and no need to paint them as something in particular I could really play around with these. The results are below. 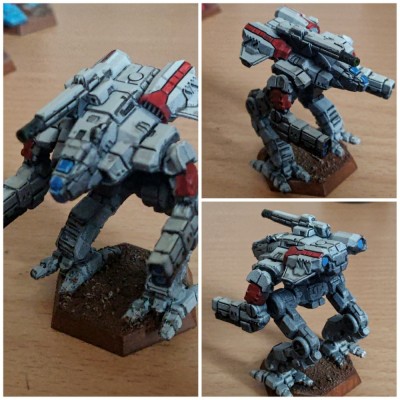 I tried out a number of different ideas for these Mechs, mainly with the idea of painting further ones to match. Of the four Mechs in this lance this is one of the two I actually knew before hand. The Marauder is a bit of a beast and its bigger sibling is no exception. The shape of the upper torso always reminded me a jet and so I copied Jetfires, from Transformers, scheme. 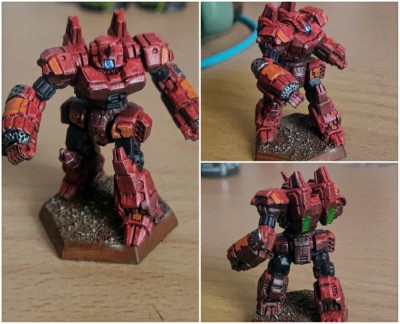 The Crusader is one of the two I knew nothing about before this box set, but it has by far the best stance. I played around with some different colours for panels and using orange to highlight some sections. Others were brought back down with a simple black wash. 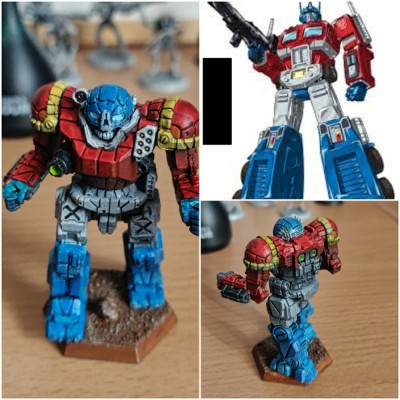 I don’t feel I have anything to explain here. Who doesn’t love some Optimus Prime? 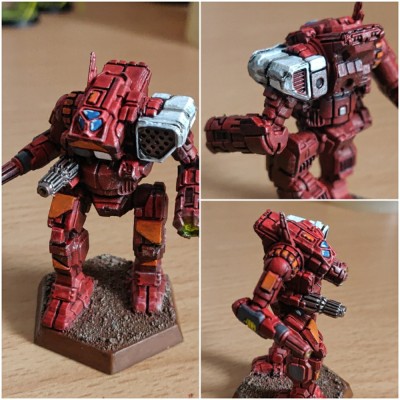 Not knowing anything of the Orion before this set I decided to give it a piecemeal look. Like the pilots are swapping parts and weapons out on the fly, hence the less uniform look.

I do hope to go further into Battletech, with a few more Mechs I knew from games and my childhood. Who knows, I may even have a game or two?!

*Groups of Battlemechs are formed into Lances, usually of four Mechs.