Slightly shocked I ever got to 10,000 views. Thank you to everyone who comments, shared and messages me about the blog. Helps drive it forward.
This is the second of my Hellbrutes, I have a few more coming and I am really looking forward to trying to conver them up. As you can see with this one has been modified a little as I just can’t stand the idea of having them all look the same. Let me know what you think. 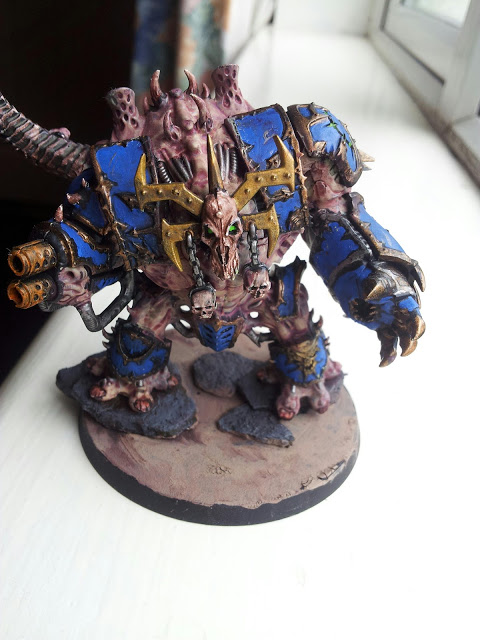 As you can see I once again didn’t change the formula regarding the basic colour scheme for the army. But to make ths guy look different I added a whole different head, left off the cowl around the original pilot, moved the entire arm and added an extra horn. Leaving off the spiked cowl also meant I had to play around with some greenstuff under the chest armour to make the flesh blend in. 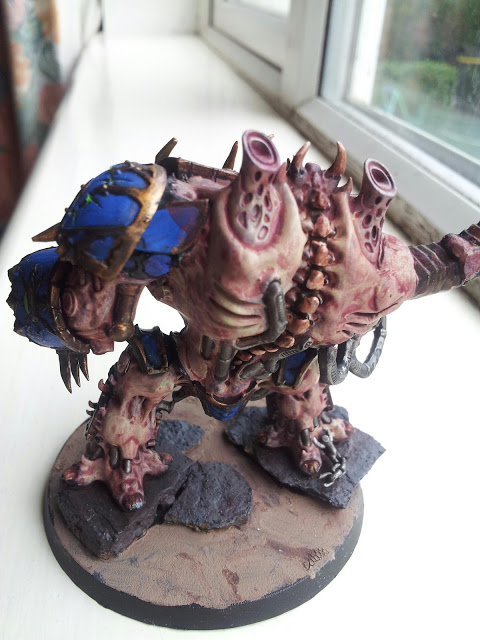 I went for a lot paler looking skin tonnes on this one. This actually started off with a pale green colour called Rotting Flesh and I went over it with a red wash and I love the effect it left. I went over it after and did some small highlights here and there were the colours got a little too dark. 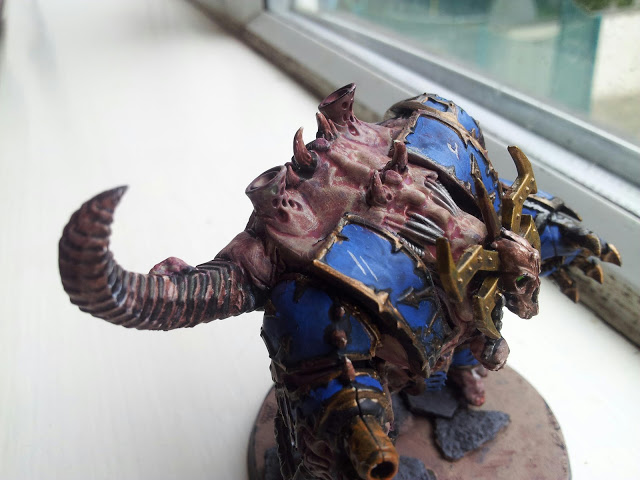 Here you can see some of my attempts at at using greenstuff around the giant horn sprouting from this guys back. I don’t even know where this came from, a friend dropped it my way. I experimented with some scratches on the armour as well. Not sure how I feel about them yet though. 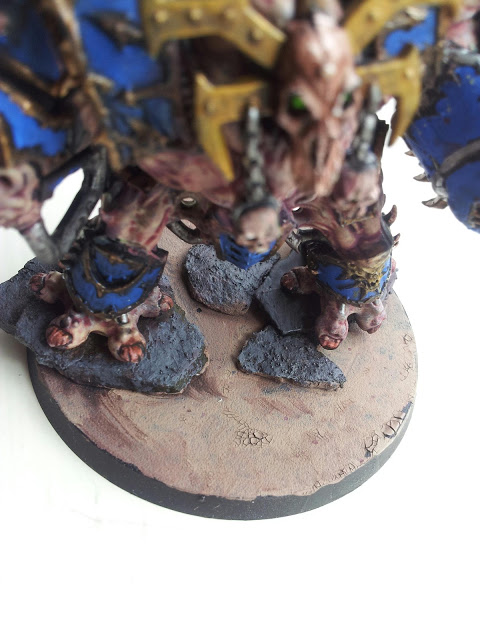 More slate pieces added to the base to change up his base from the other Hellbrute; as I don’t think I will really be able to cut out the rock from under the left foot. More red alien bushes needed to tie it into the rst of the army though. 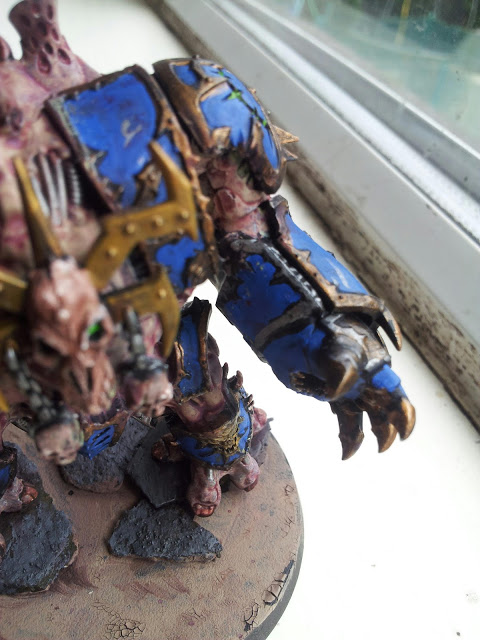 This is a good shot to show the reconstruction job I had done onthe close combat arm. I had a spare shoulder pad from the Daemon Prince which helped a lot in be building the arm.
Tzeentch loves ye!