OK here we go. Time for: 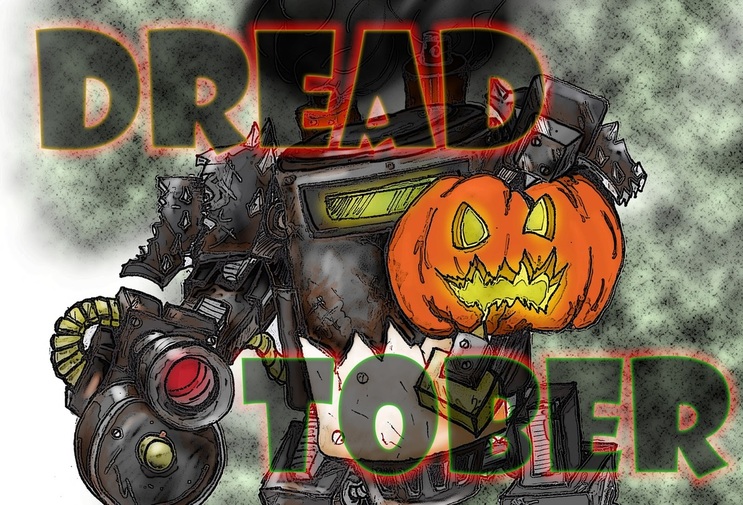 Now what is this all about you wonder? Well Sincain and Greggles put me onto this idea of making October into Dreadtober, because who doesn’t love big stompy robots.
The Kinda Rules:
The rules are simple.  Create a dreadnought in your paint style for the month of october.  Try to restrain yourself to dreadnought scale (contemptor and smaller, scratchbuild fine), but since this isn’t really a competition, nobody is going to get angry if you go nuts and lets say, build an imperial knight pyramid in the shape of a giant jackolatern or something. 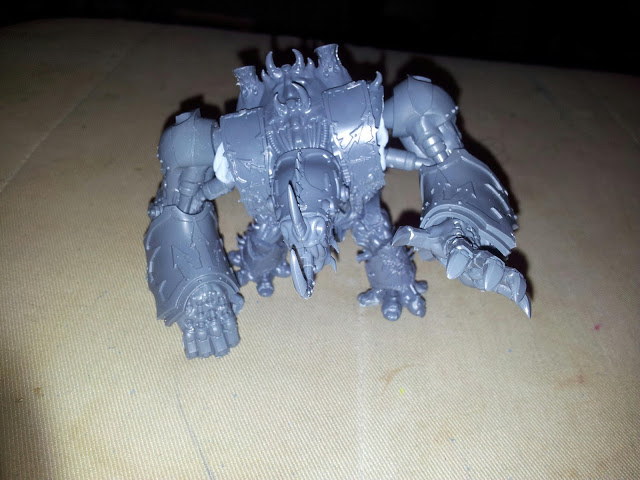 Above is the first play I had with my idea for a Hellbrute with a more aggressive stance, I thought he was perfect for Dreadtober and nothing had more than blu-tack holding it on before the start date so I wasn’t going to be cheating ;). As you can see I am working with another Dark Vengeance Hellbrute. But this time I went to town on it, including ripping off both arms and the left leg to give it a more mobile stance. Of course this left it with some pretty glaring spots in need of repair. This means I have to try do some greenstuff again… 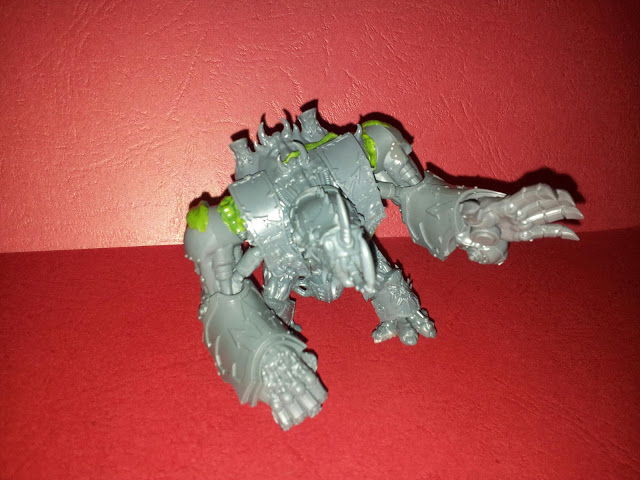 I tired to fill in the spots between both shoulder pads with a muscle type look of the techno organic tpye look on the rest of the ‘brute. Not sure how well this will really look until it dries. For the base I am planning on do lots of rocks that he is clambering over to get to the enemy as quick as possible. 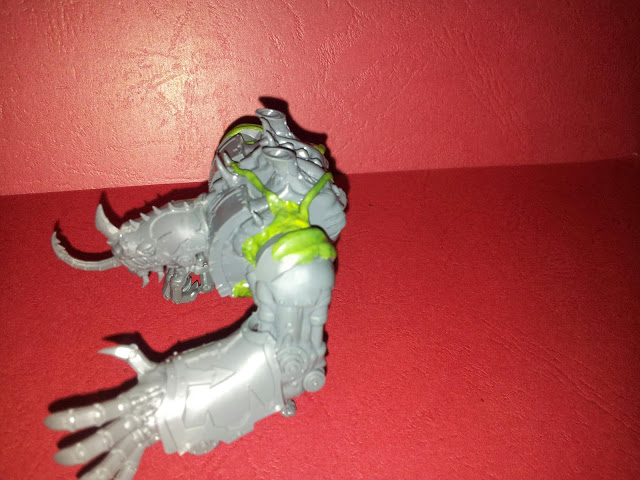 I tried to do some moulding on the shoulderpads as well, they were left with the lumps from how they are meant to connect to the Maulerfiend. 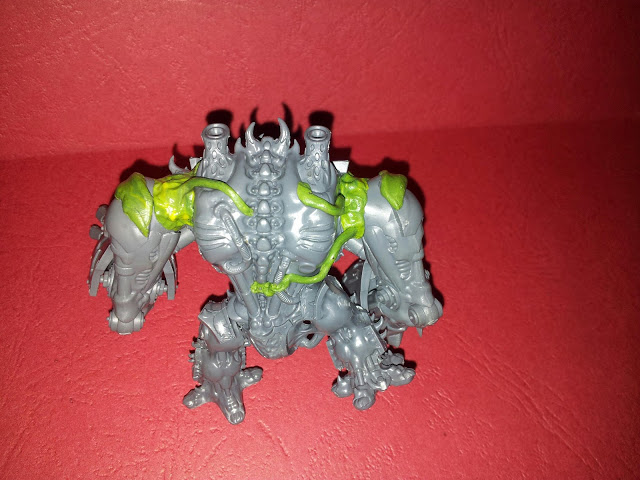 After that I wanted to add some giant veins, tendons, pipes, whatever you want to call them to the back. Just another layer to make it look different from the other Dark Vengeance ones. 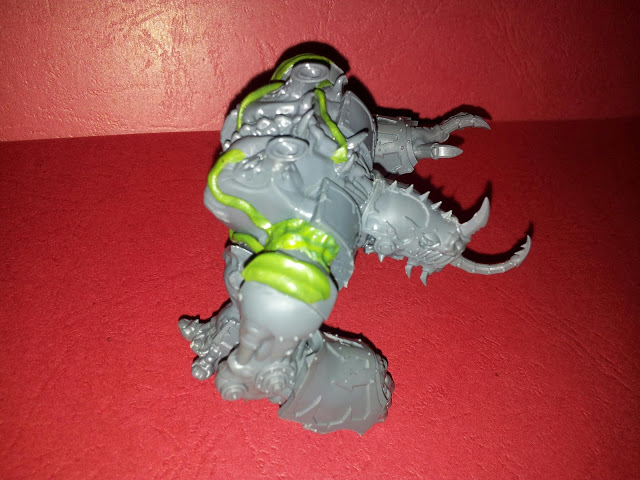 Of course you can see that he does now need a multimelta… not sure how I get that on there anyway. Especially as I don’t have any other multimeltas. Tricky.
Apart from all this my wishlist grows ever longer:
A Knight Titan: I will most likely have to scratch build this. Not sure how that will work out at all.
Tentacle maker: Seems to produce some very cool looking chaos stuff.
Bases: Lots of 32mm bases.
Airbrush station: With the built in extraction fans.
Forgeworld: All of it.
Orks: Red ones go fasta right?