Welcome to Squaduary 2018 week 3! I know I will have missed a few people from the list below but hopefully they can let me know on this post or Twitter. I am delighted to see so many people joining in already. Last year there was a total of 349 models last year, I hope we can beat that this year. Of note I do want to say this is not just a GW or 40K event, all systems are accepted.

Me
“My Sisters of Battle have gotten a lot of base work done, the reds on the seals and the black on the weapons. But the purple was completed on all of them though. I am looking forward to getting them on the bases. Although pinning metal worries me.” 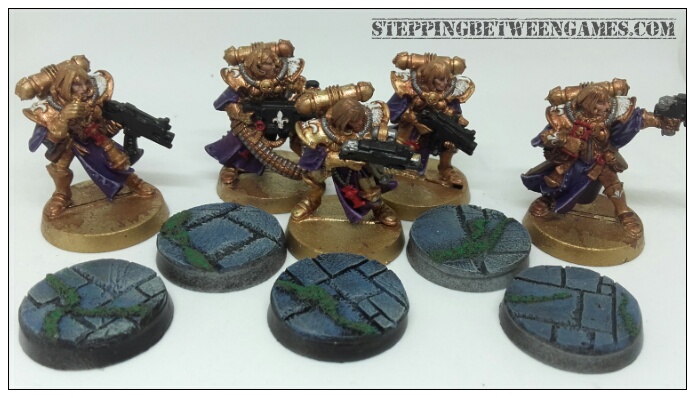 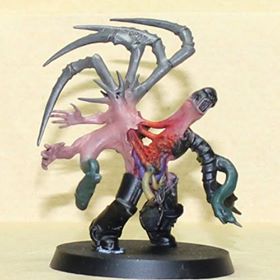 “Slow progress last week due to work commitments , but squatuary is getting there. Still need to decide on the arm and gun choices for 5 of them , but I’m getting and there and got a few days off work soon so should get the motor running then properly.” 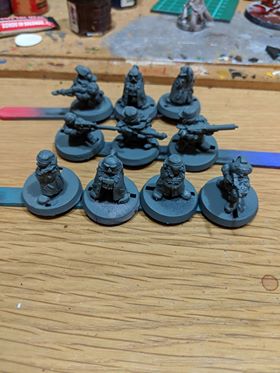 “So, week 2 is completed and the jetbikes are nearly done.
They have continued to be bloody spiky whilst I’ve been painting them – I wonder if this is all part of the Space Elf S&M thing… who knows – certainly they’ve taken a blood sacrifice from me.
The overall consensus from last week was that I should stick with the Orange and grey motif so I have – I have however gone for a different paint job on each of the sets of bike-farings.
I figured that these crazies are gladiators, and motor-racers, superstars if nowhere else than in their own deranged,depraved fantasies. Sticking to exactly the same paint design is not for the likes of them, each would have something slightly different, something that sets them apart from the lesser beings that ride alongside them.
I’ve tried to do a bit of freehand and pop some razor-curves across the bodies of the bikes – you’ll see a couple transitioning from the grey to the orange, doing a sort of grey on grey effect.
I’m not sure it’s worked, I really suck at freehand. I think they’ll probably stay but if anyone has any good ideas of how to successfully freehand sharp curves onto the models then drop a note in the comments below as I’d love to hear your tips.
Particularly observant readers may also notice a slight change on the back wings as well. The silver worked nicely I thought, but I changed to grey on the wings at it did allow me a little more canvas for the freehand and the transition of grey-on-grey onto the grey-on-orange.
Overall I think I’m quite happy.
My paining is still middling (if I’m generous) but I can see improvement and that’s good enough.
Next up I’ll need to paint the riders. (fear not they’re not stuck on yet)
I’ve not settled on exactly the scheme yet – I’m thinking I’ll keep the orange motif running through it, but using black leather as the contrast – any thoughts?” 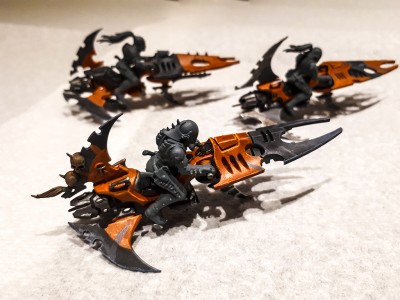 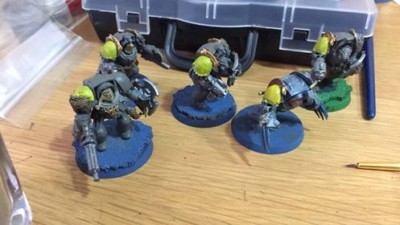 “After a really busy week with some major work I the house I got 2 squads glued a 5 strong Headhunter squad and a 7 strong Seeker squad.” 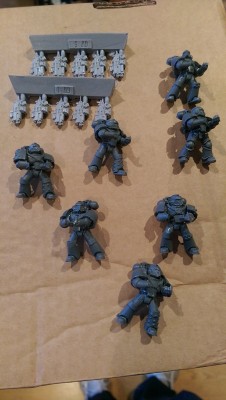 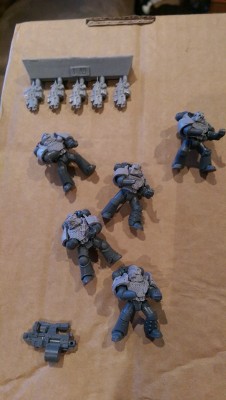 “Though I have got the heads constructed and attached, everything base coated and decided on a colour scheme to use.” 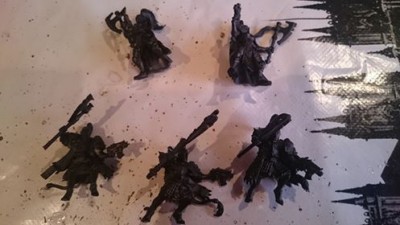 “Mouthy here represents the first plaguebearer I’ve completed that counts toward Squaduary. I have found some of the tips in the recent Nurgle-themed White Dwarf useful, which I followed in painting the horns. I had been leaving them the same color as the body in the past. I like the new horn look enough that I’m probably going to paint the next nine the same way.” 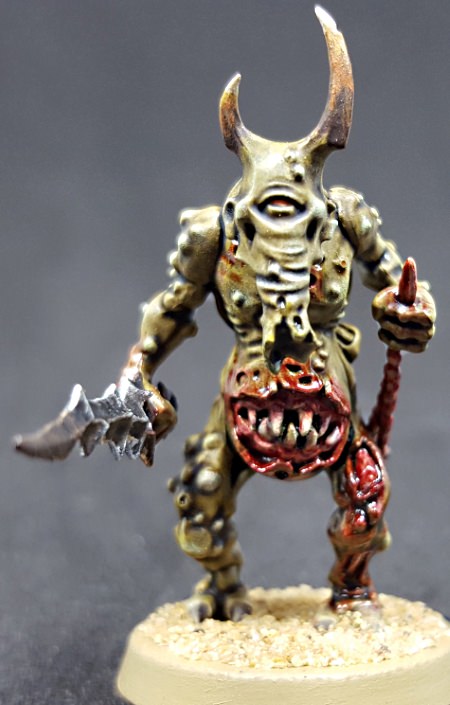 “We’re half way through the challenge and the Hellblasters are starting to look like true Dark Angels now. This week I blocked in more base colors, focusing one the guns first, then the chest eagles and chapter insignia. Vallejo Oily Steel (70.865) was painted on all the metal bits of the weapons and then shaded carefully with GW Nuln Oil.”

“I’ve finished painting one of my Kataphron Destroyers and have made good progress in painting the other two. I’ve very much enjoyed painting these models from Wargame Exclusive and they have made a nice change from the Games Workshop version.” 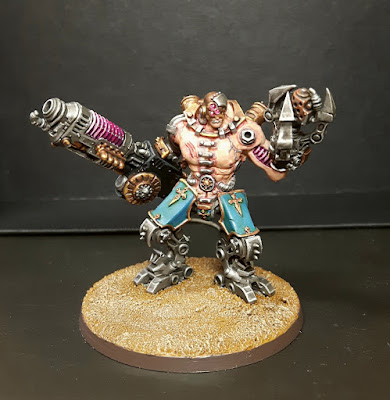 “Well, I managed to get the rest of the squad painted up. I batched the last 3, which I don’t think I’ll do again as it felt really laborious!

This completes the main part of my pledge for Squaduary. I still have the Rat-Dominus to go, which I’m both looking forward to and dreading in equal measure. He is a really detailed model, so it might take a while. With that said, I have until the end of February to get him finished.”

“#Squaduary week two progress is coming along nicely. The main color, Caldor Sky is complete I am pondering how to paint the carapace on these stealers.” 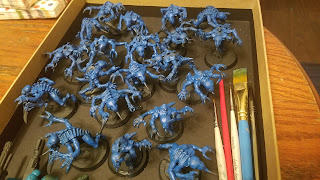 “Here is the progress so far, besides having to do bases and I’ve done the basecoat spray on all. 4 Squaduary members of this Tactical Squad down, and arguably the two most complex, the Veteran Sergeant Cato with 4th Company banner and the Heavy Weapon Specialist with the Missile Launcher. Plus, two Bolter armed Marines meaning quite good progress I think for halfway through, I should make my pledge.” 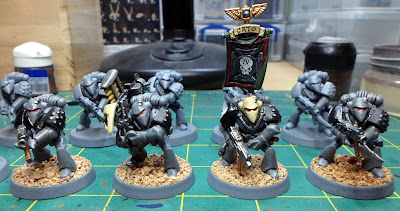 “Another unit done for my Squadary pledge. I am rockin and rollin!
Really happy again how these turned out. They have a nice (?) menace to them and the upscale of texture and dry brushing still works well. I did nothing different from my other Dirge stuff in terms of painting, although I had to pay a little more attention between the graduations from the skin and bark, and the blending of all the tones.” 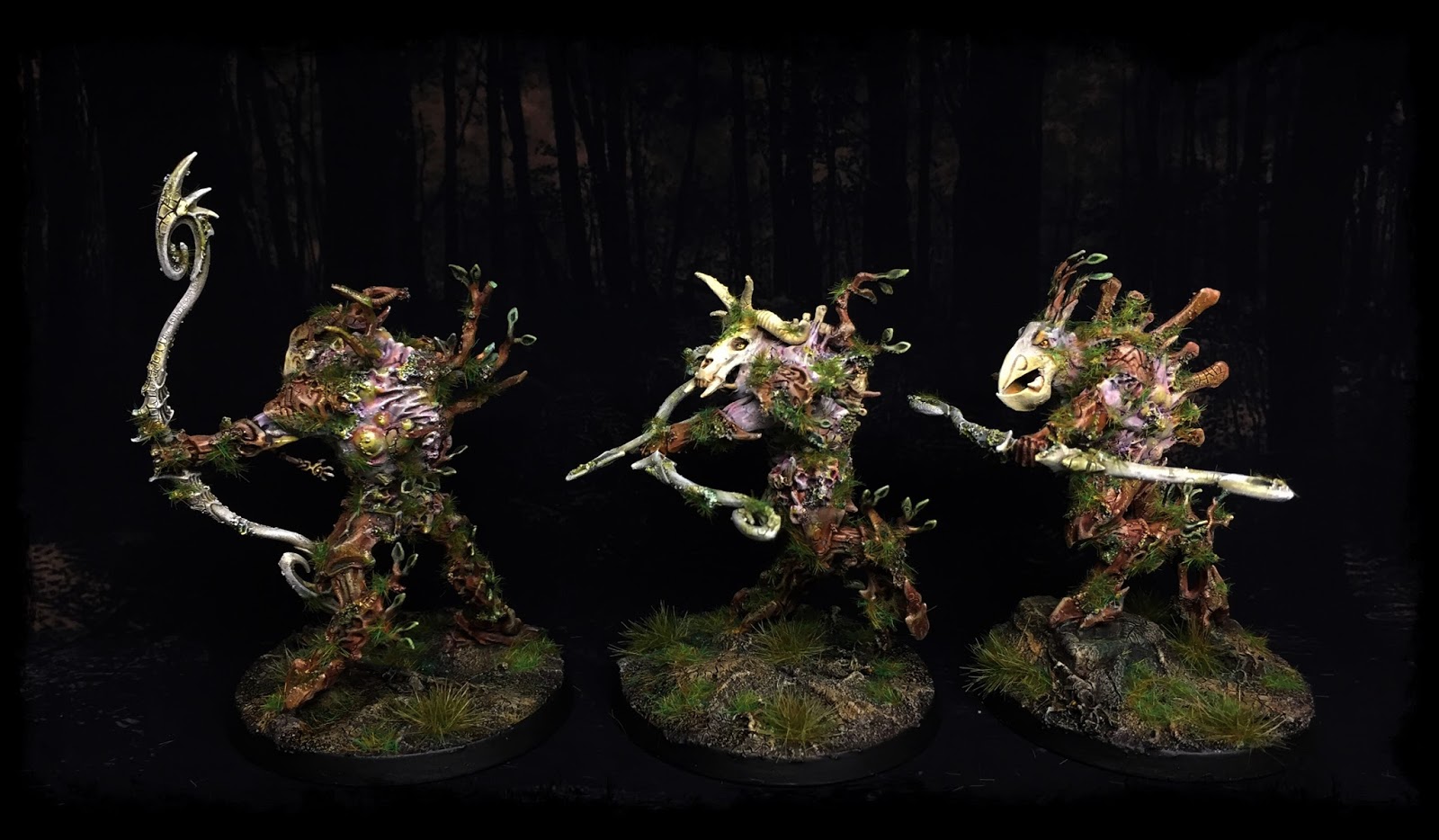 “Bluddtoof here with an update on my #Squaduary 2018 project; Imperial Fists Heresy Era Rapier Quad Bolters.
I’ve got the Main armour done and the base coat of all the leadbelcher down. WIP shots….” 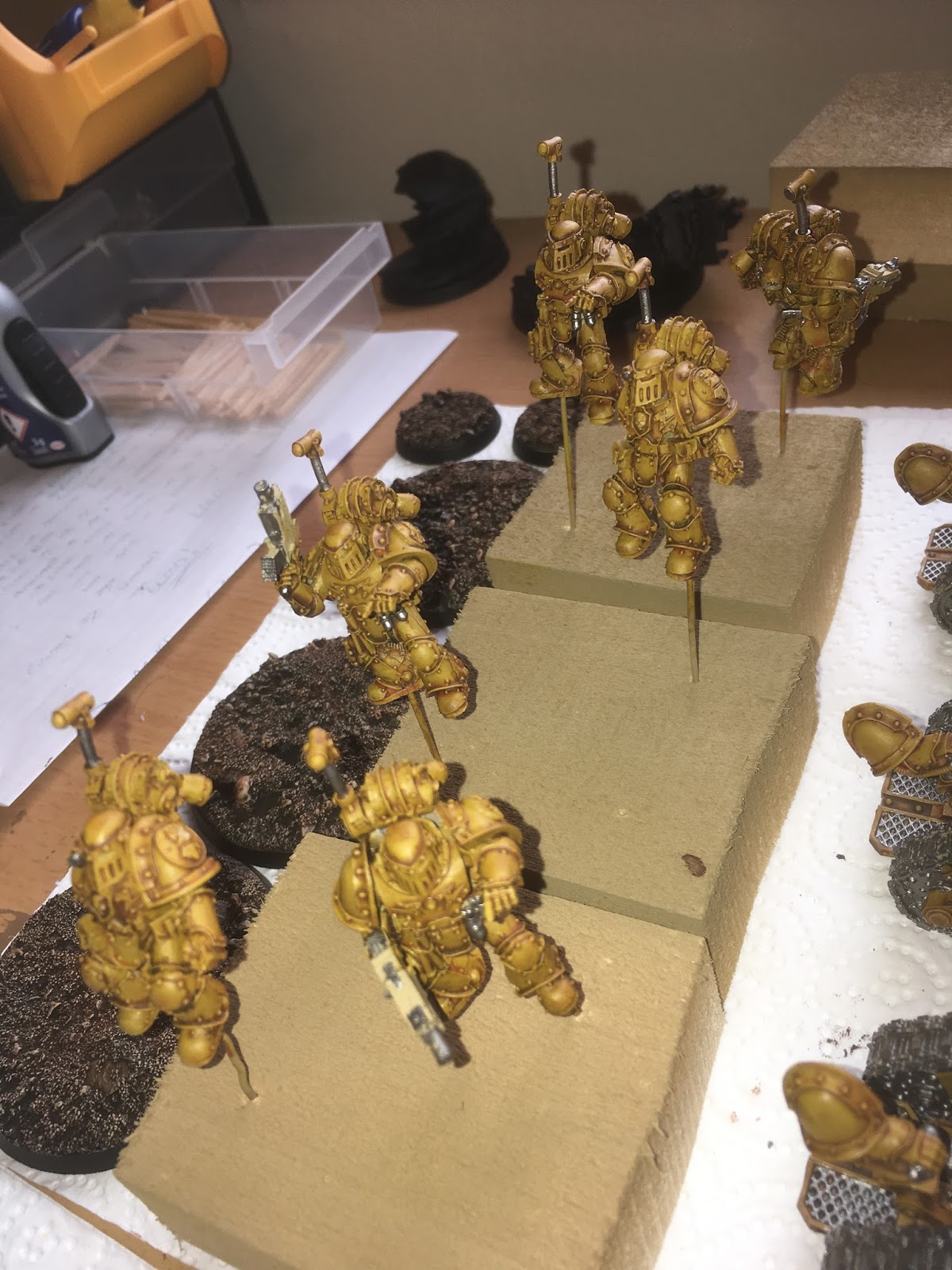 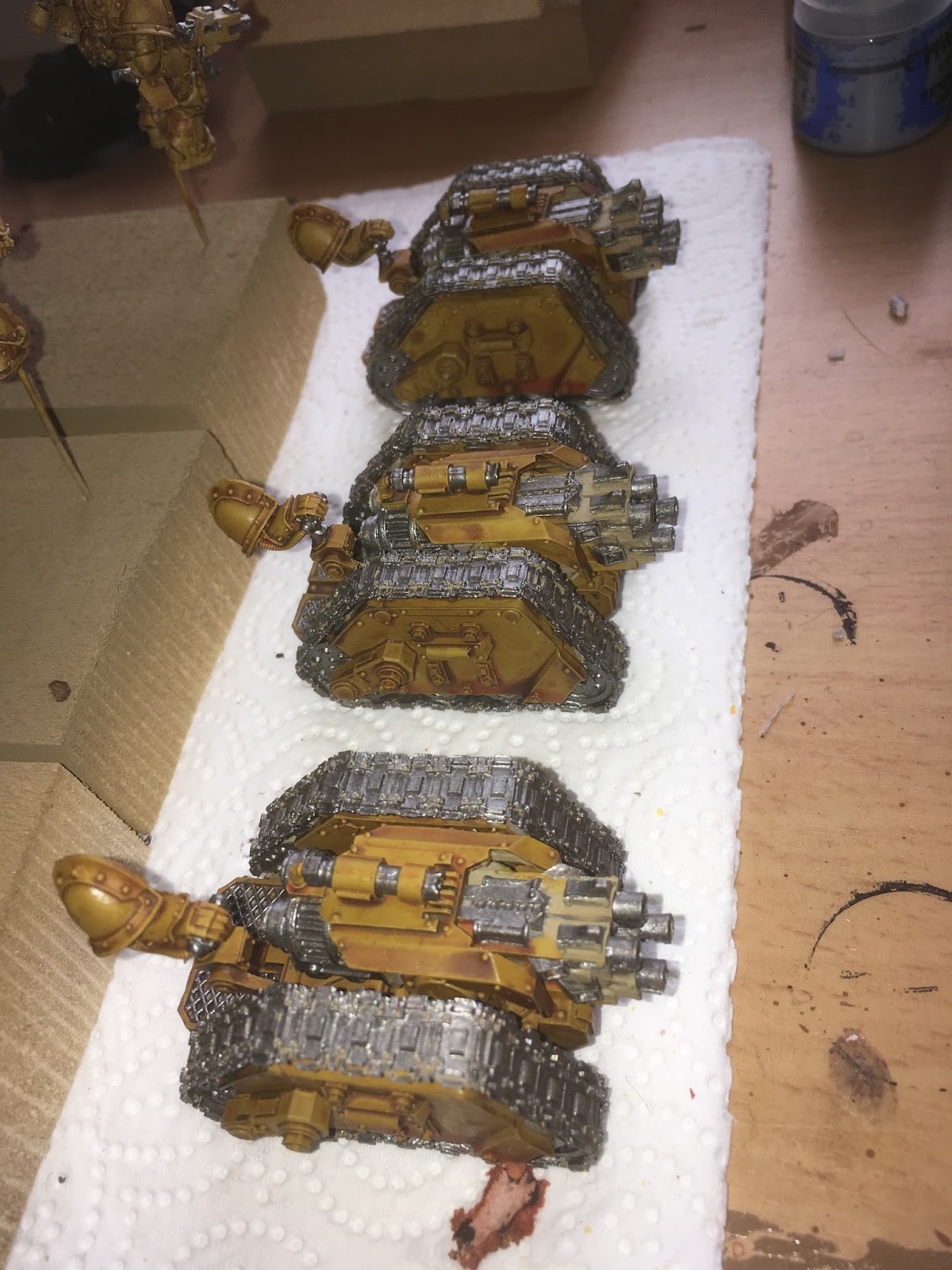 “I decided to add another Scout squad to my White Scars army for an upcoming tournament. Scouts make a great screening unit in 8th edition, allowing you to carve out a nice region to block enemy deep strikers thanks to their infiltrating abilities.” 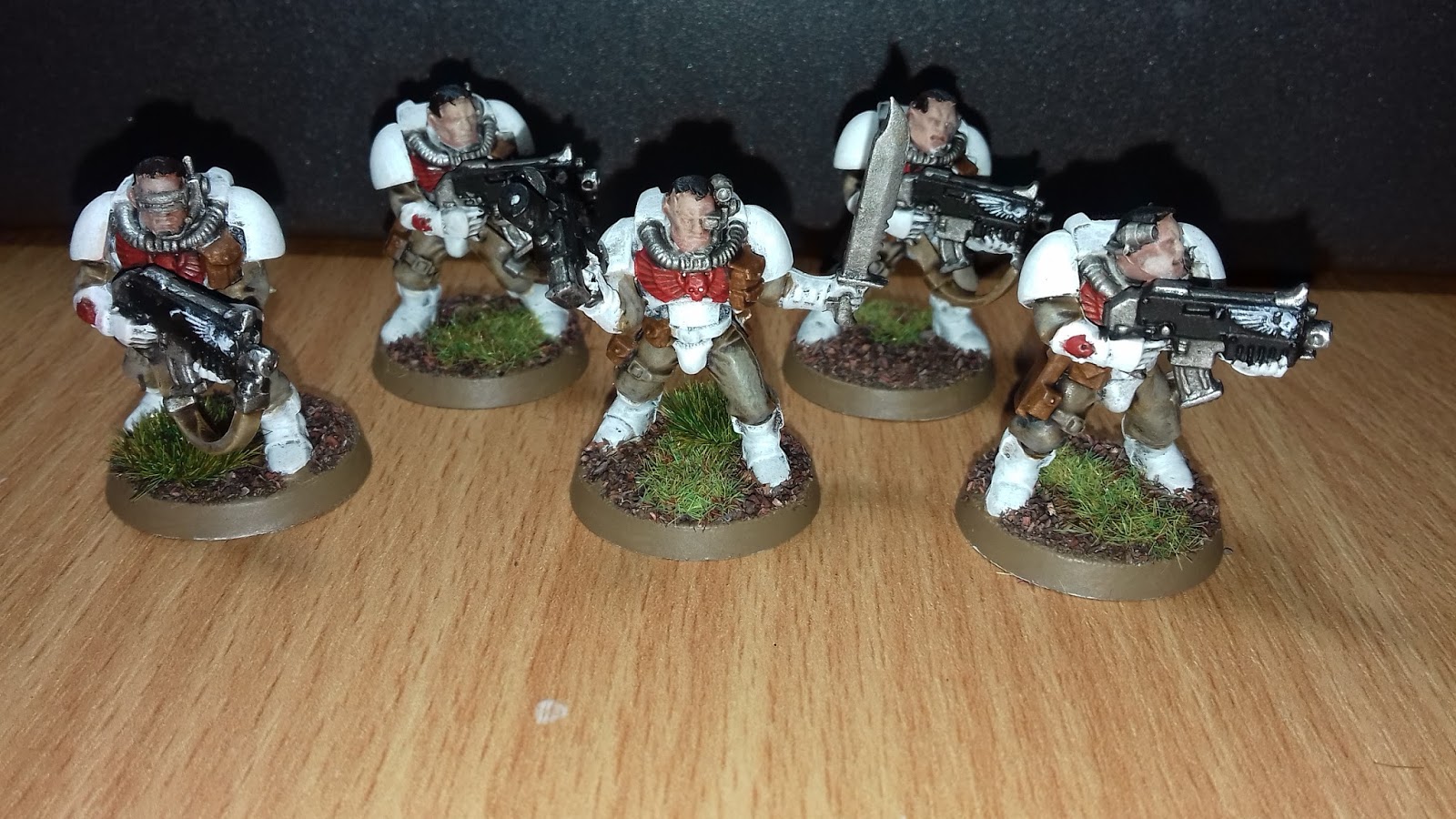 “The test model wasn’t a great success. Or maybe it was, because I’ve decided to abort the planned colour scheme and do something else. Actually I don’t think it looks too bad in the picture but I’ve basically just given up on the recipe. The base coat of Celestra/Ulthuan grey was ok with the Sepia wash but when I highlighted with White Scar it seemed way too white. I used Flayed One Flesh on the real models below.” 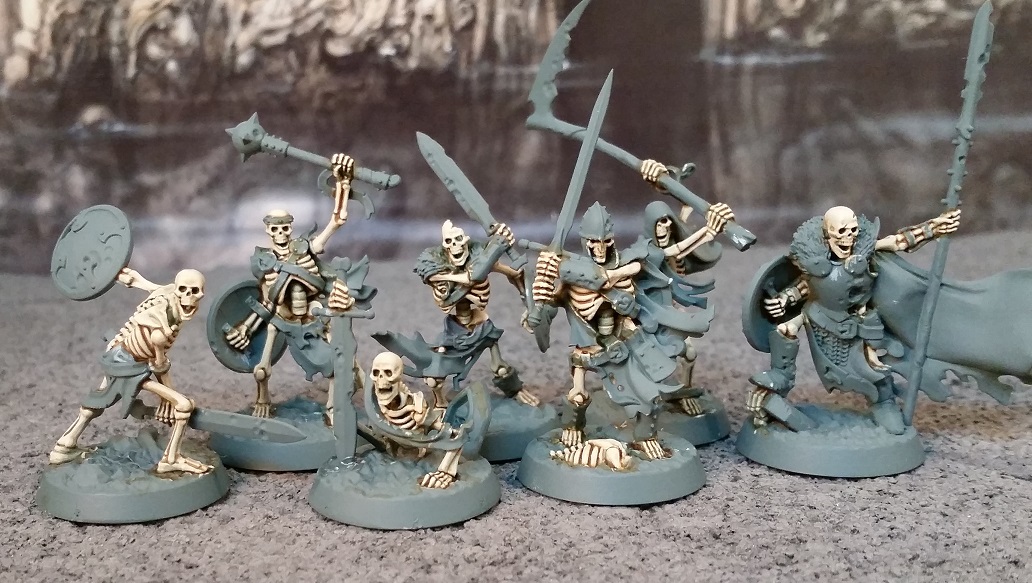 “Here is the state of my Squaduary pledge. The Primaris Marines from Dark Imperium have been a lot of fun to work on so far. Hopefully today I’ll get the rest of the base colours blocked in and these minis will be ready for detailing. I also plan to get some work done on some custom bases for the models.” 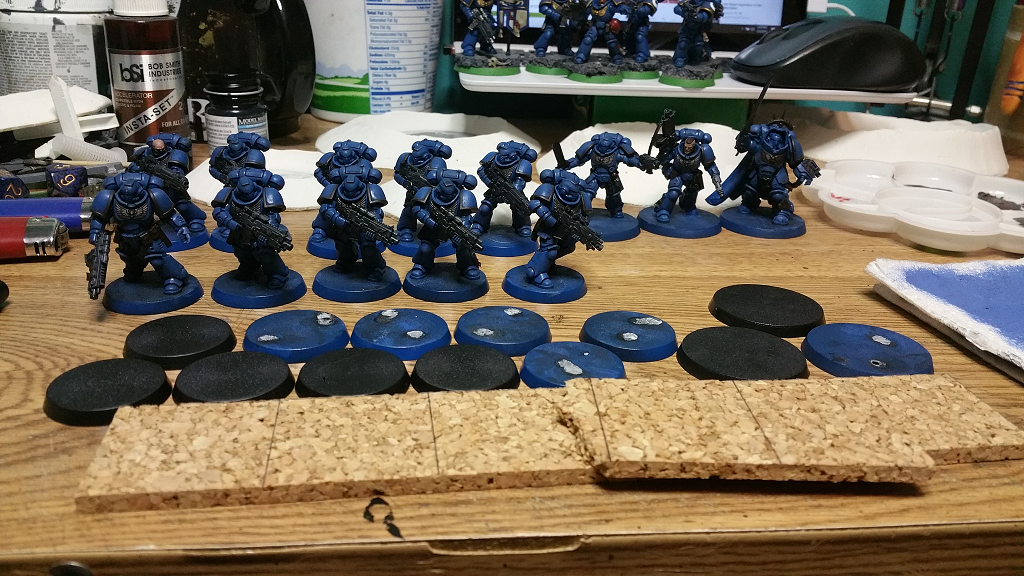 With that in mind, I’m pretty pleased with my completions so far!” 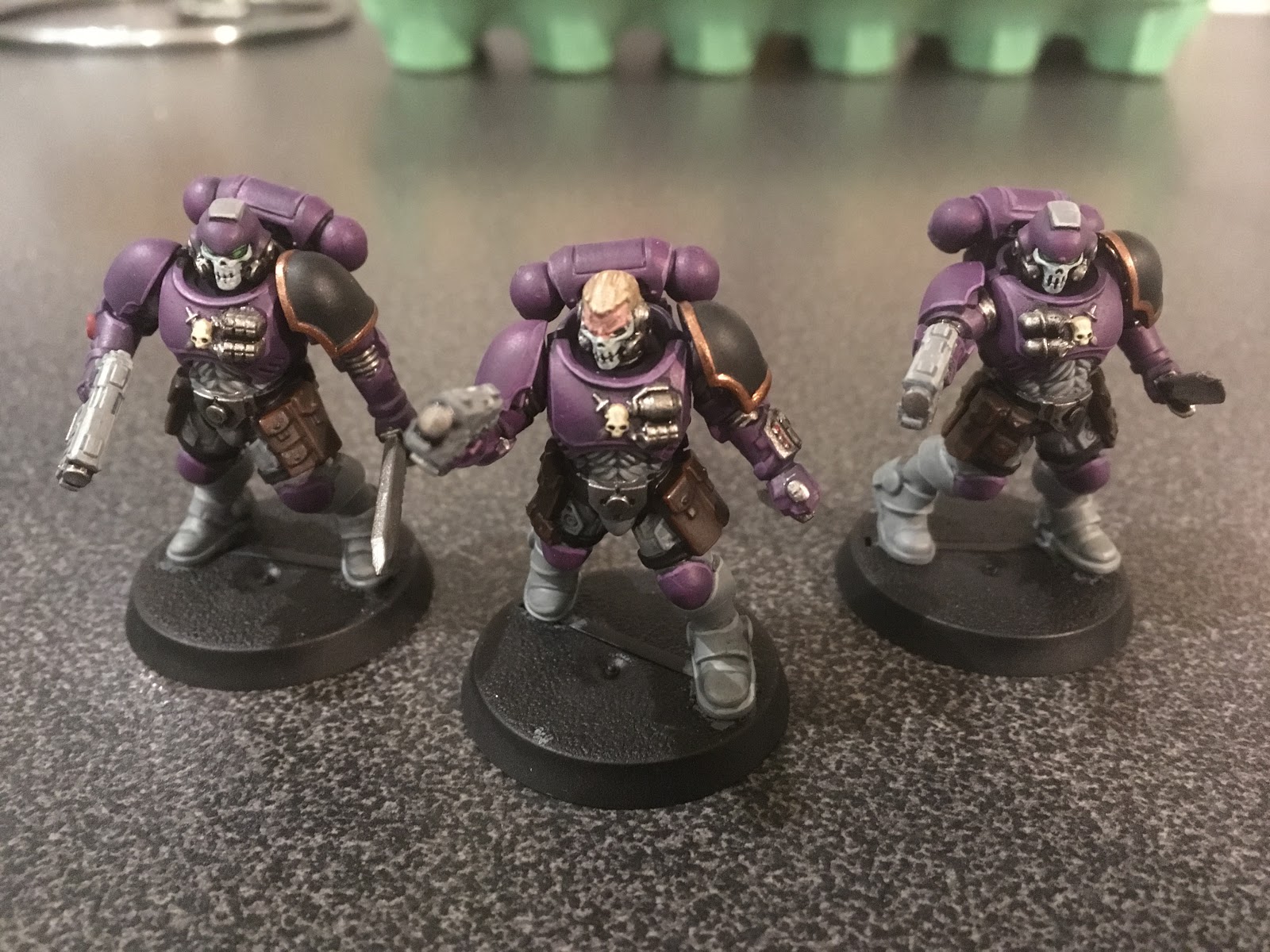 “This week I’ve gotten the torsos and legs of the five marines 80% finished, and the heads on 4/5 done. I’ve also gotten one marine up to mounting backpack and on a base. 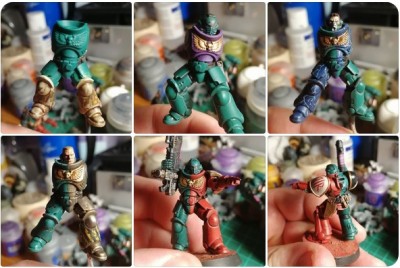