I love Iron Warriors Terminators and in particular the Cataphractii pattern. They may not be the most devastating on the battlefield, especially compared to the lore, but that imagery does wonders for me. Previous posts have shown these Terminators before, but then they were geared for the Horus Heresy. To join the 41st millennium they needed some weapon swaps. 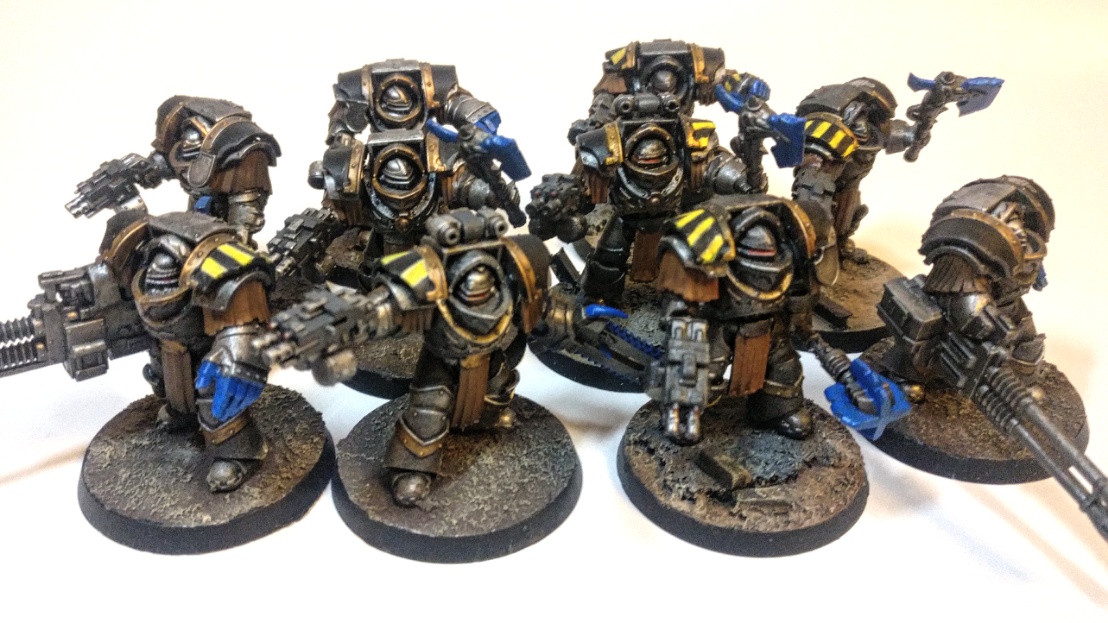 In Warhammer 40,000 Chaos Terminators come with combi bolters and chain axes as standard. Now not only did I not have any Terminator sized chain axes but I didn’t like the idea of them on these brutes. Thanks to Kirsten I did have some other weapon options available. 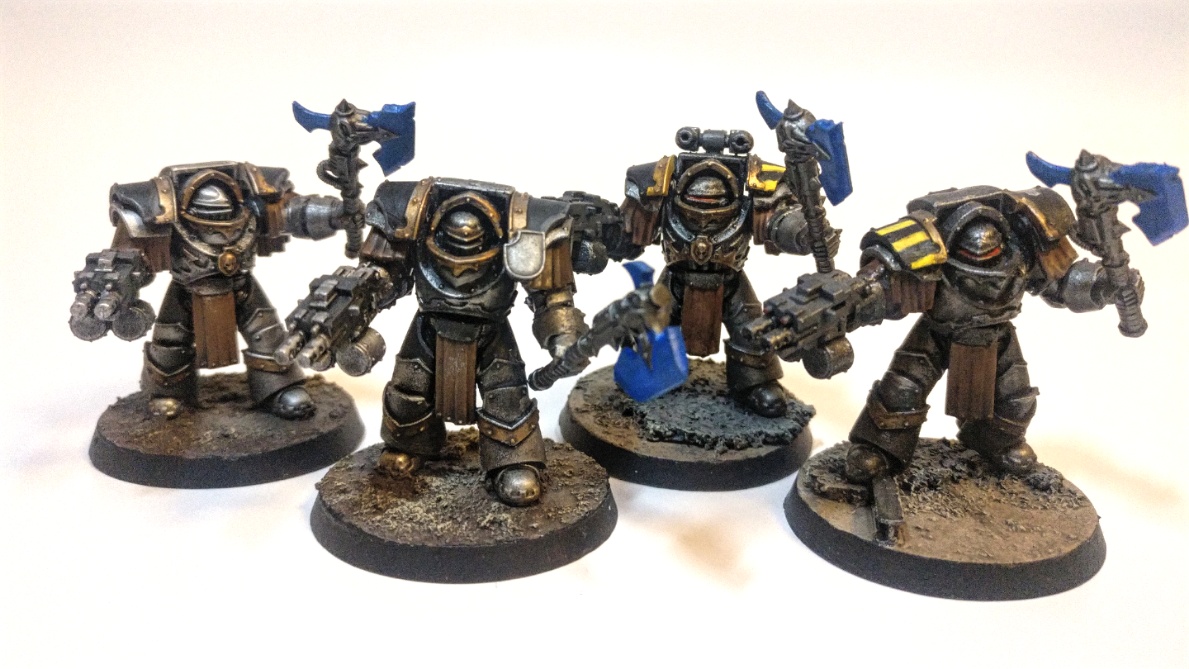 Four power axes, four power fists, a maul and a chainfist on the Sargeant. Seems like a solid selection of melee weapons. 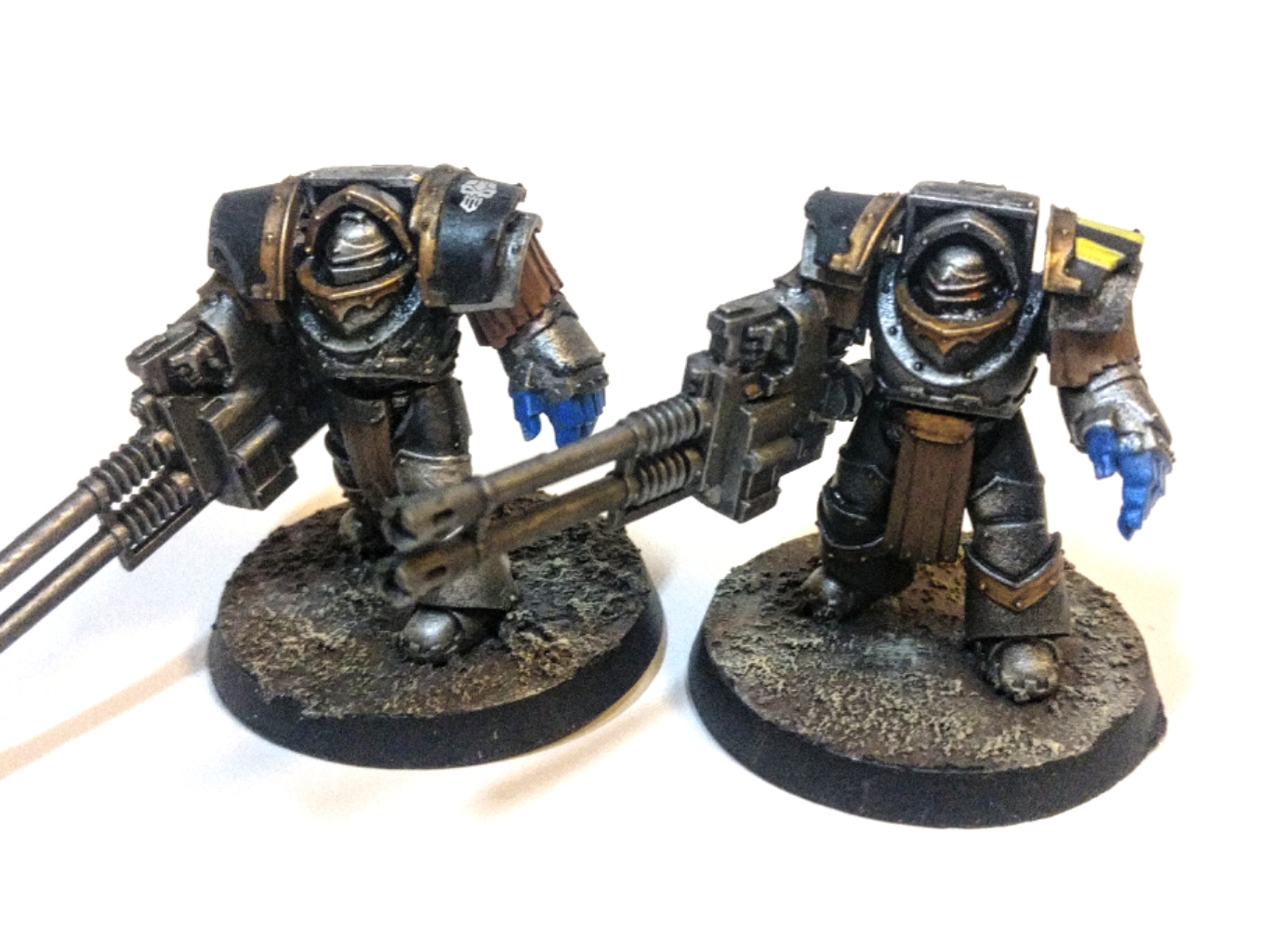 So eight combi bolters is a lot of shots, especially with Terminators being able to rapid fire, combined with a Chaos Lord for re-rolls it is a lot of clearance.

Now Cataphractiis only come with heavy flamers, which is no use to anyone deep-striking. But with some careful cutting I was able to remove their heavy flamers and graft on some Reaper Autocannons. Now they seem like fun. 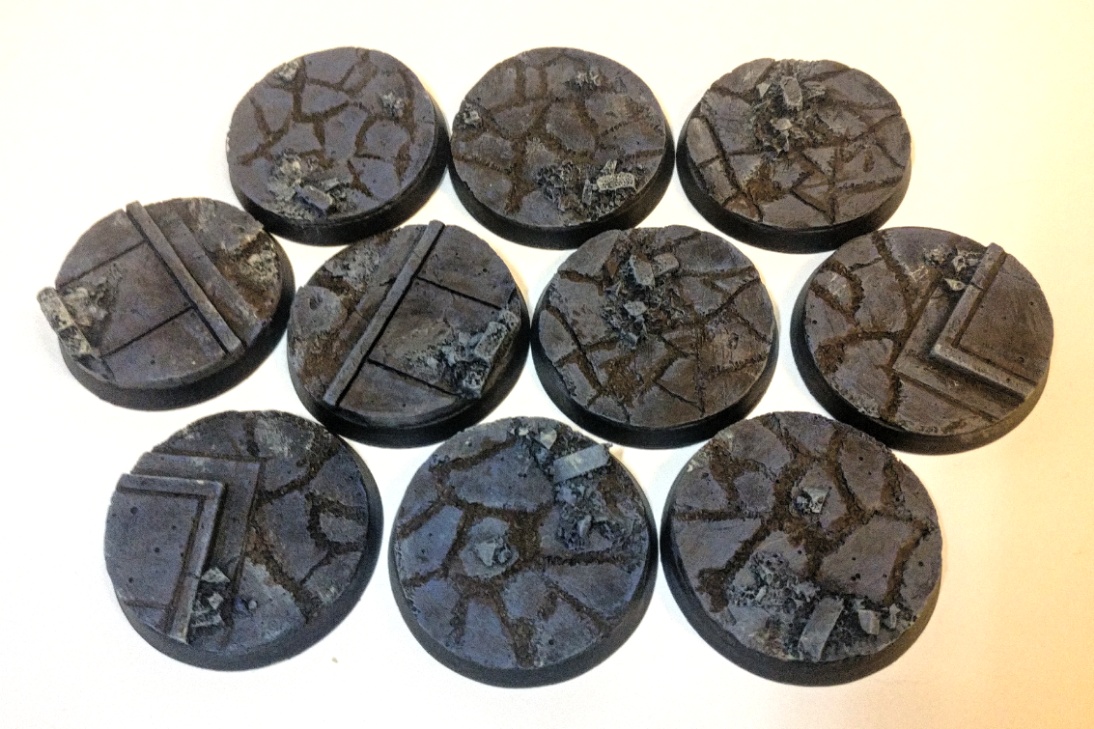 Finally I had a set of bases from Secret Weapon Miniatures that I had been looking for an excuse to use. They are from the Urban Rubble set, to match in with my Iron Warriors Leviathan.

One thought on “Iron Warriors Terminators – From Horus Heresy to 40K”