We return to a regular side project on this site, Horus Heresy era Iron Warriors. After reading Angel Exterminatus recently I got inspired to return to this project. This isn’t the most tactically planned out army, things are based on looks and the imagery they invoke. As such I wanted a Destroyer Cadre. 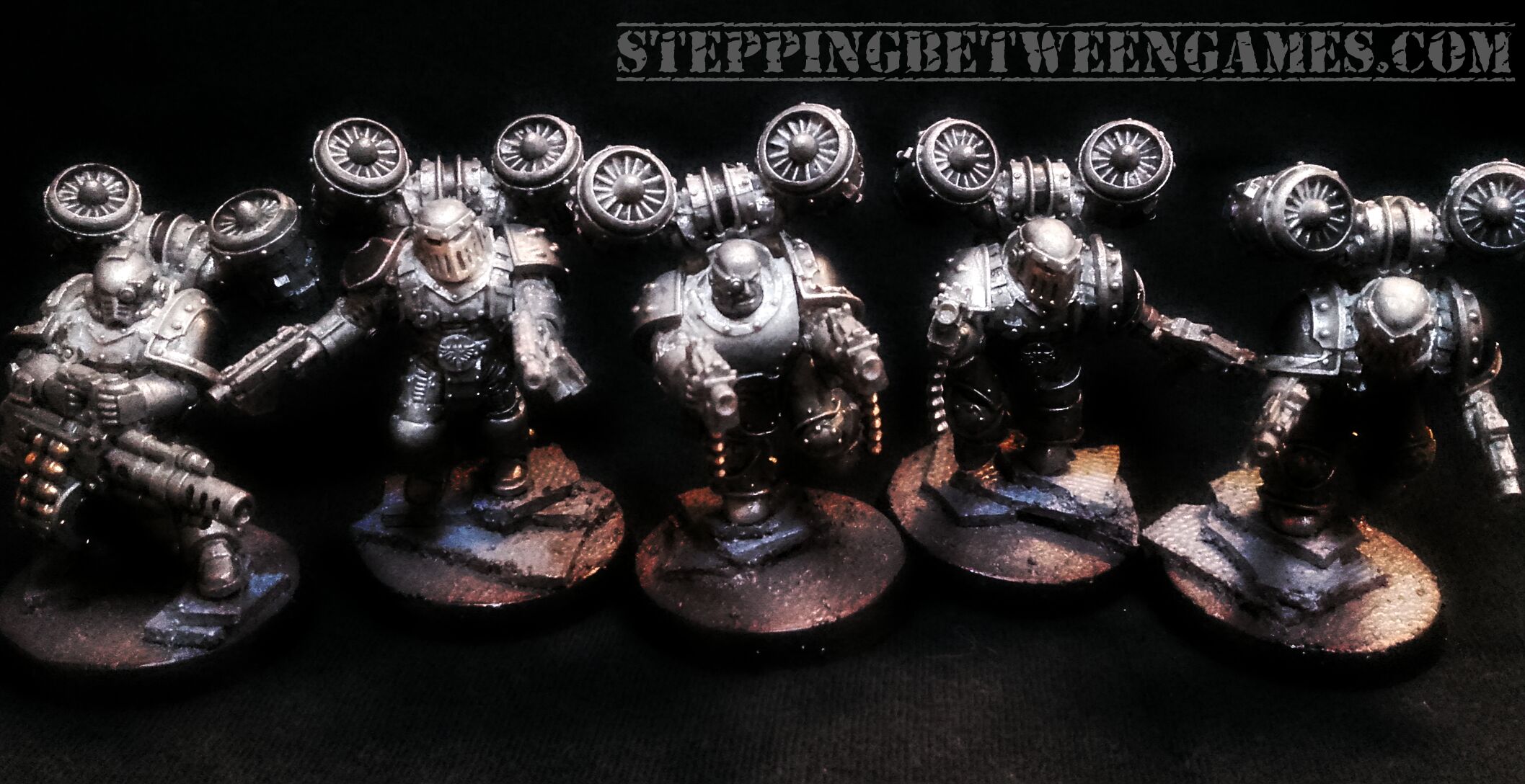 A number of these parts were generously donated by a subject of a few of our posts: Svartmetall. The weapons all come from Anvil Industries. Destroyers come equipped with twin pistols and a raditon missile launcher. I had been looking for a reason to use that cannon for a while, perfect for large depleted uranium shells. 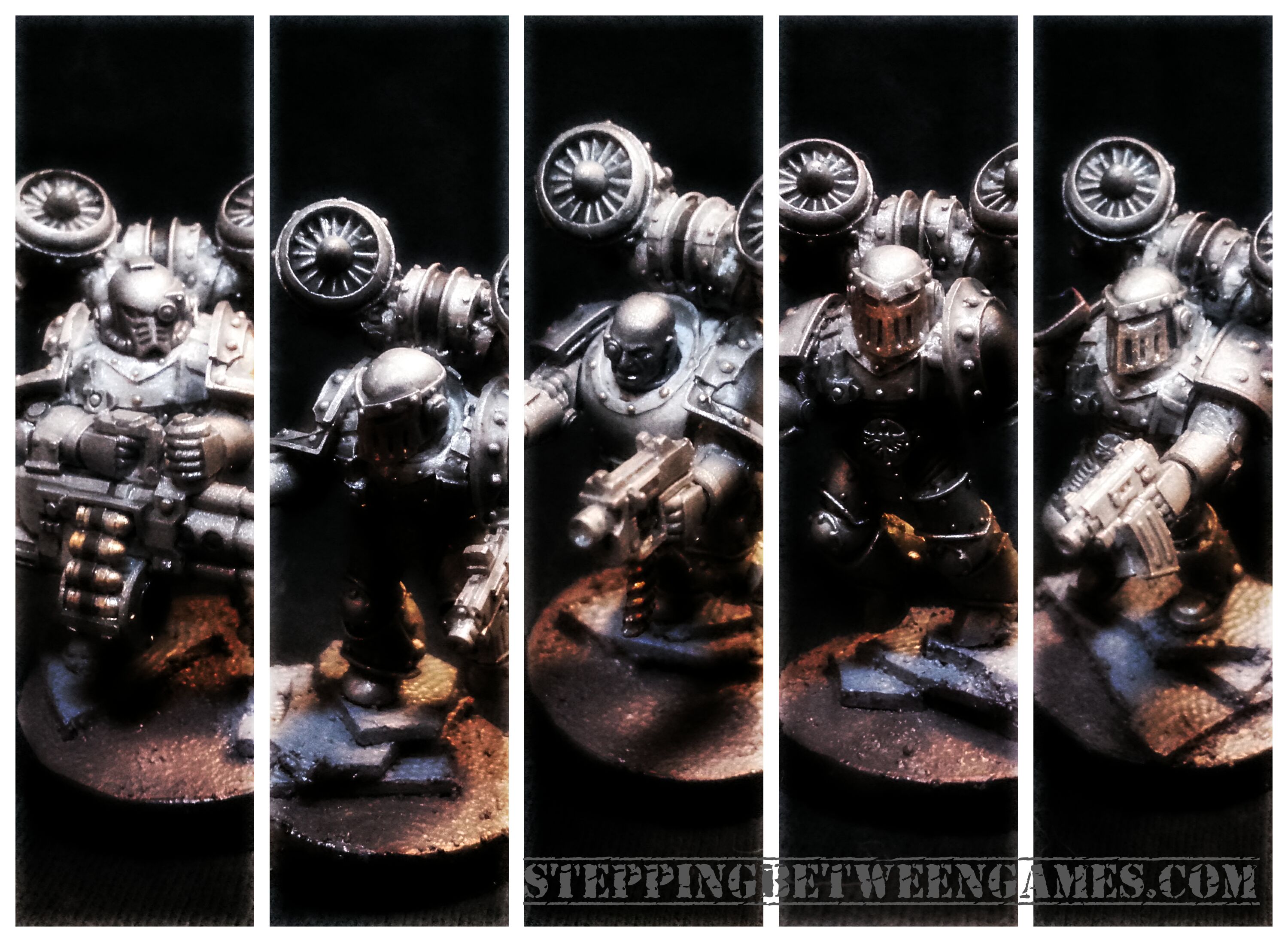 The pistols using belt feeds are just perfect for this sort of look. Thankfully Anvil do both right and left hand pistols, makes a nice change.

While the models are all works in progress I am quite how with the look. Even if the pictures have been tweaked in post op to give a more grim dark feel. The jetpacks will be done with a blue glow I think, some ideas are already in mind for that. 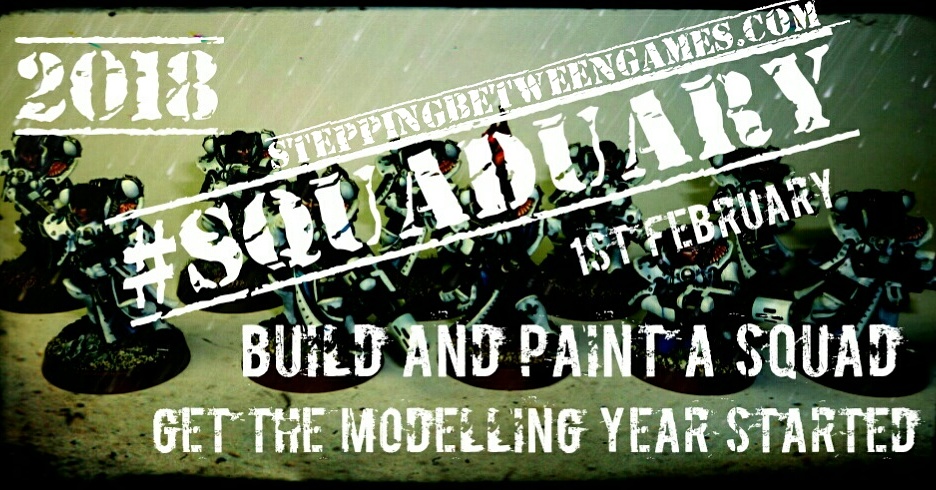