OK so I have not posted in a while. This is because of my daughters birthday, personal illness and trying to find a way to make some hobby money. Hence you can see eBay ads on the blog. If folks enter eBay through those links and buy anything I should get a little bit of money back into my hobby fund. 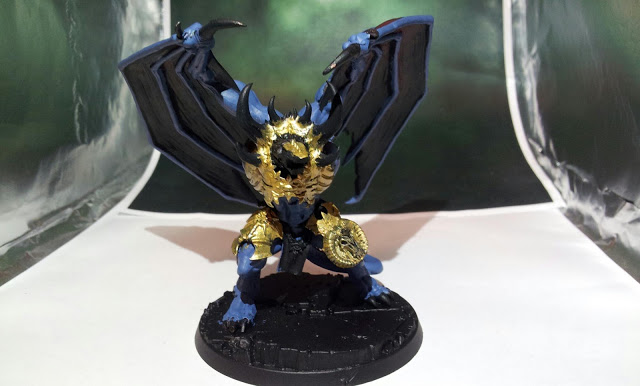 First up here is the do over for my Daemon Prince. In the end he just looked to generic to me. So now I have altered that something. Adding a cut down choas shield as leg armour and a helbrute cowl as extra chest armour. Then I swapped out his head for a smaller on from the Chaos vehicle upgrade kit. I think he looks like a Skesis, this makes me happy.

As you can see I haven’t done much more than block in his skin colours and the gold. The red on the wings is actually left over from the previos paint job. I am thinking of making them a lot brighter this time. 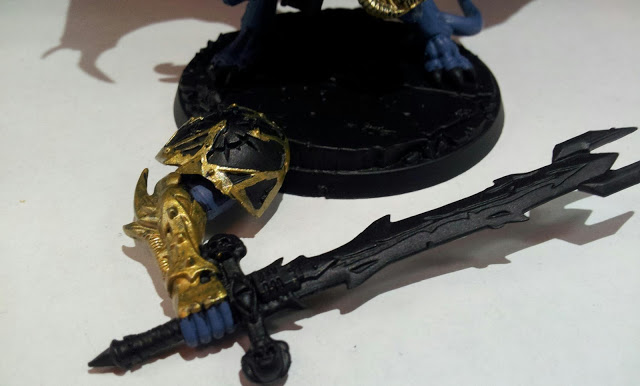 This time I added the gold straight on over the spray and didn’t go with the bronze first. So it needs some toning down, shading and less gick looking to be done. 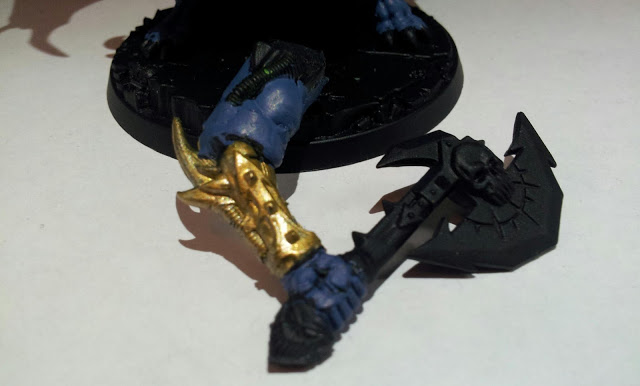 Here you can see my attempts to GS stuff; the connection between the vambrace and the upeer arm and the thumb were both added on. 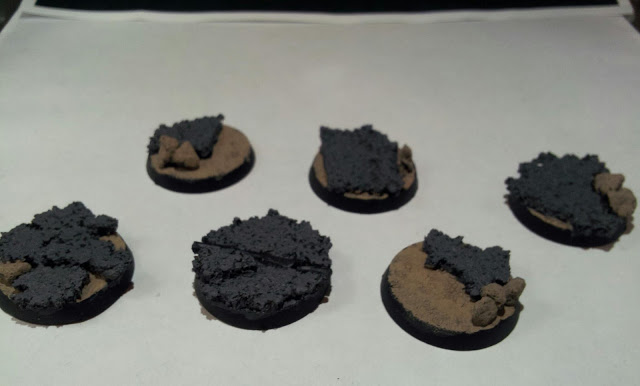 I had to step up my game on bases, so  this is my firs attempt at it. Thesse aren’t finished yet but they are a lot further on that the plain ones I had before.

Work contnues, slowly, on my Emperor’s Children lord. Nothing much to see yet, but it should come together nicely. 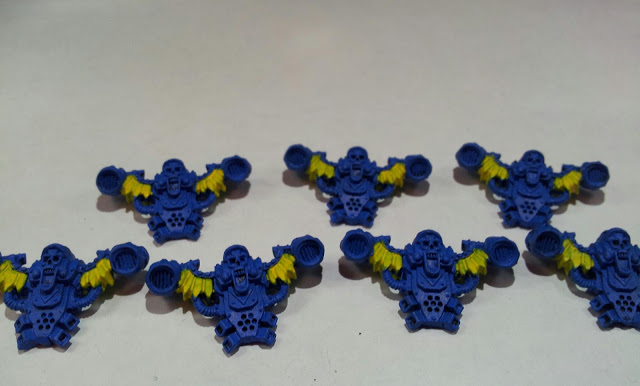 Lots of the generic bases on my Thousand Sons will be being replaced thanks to a fellow Sons of Magnus, the wonderful Mordian. He took pity on me and sent over some supplies from his 30K Thousand Sons. It was like Christmas morning getting that package and I have big plans for it. 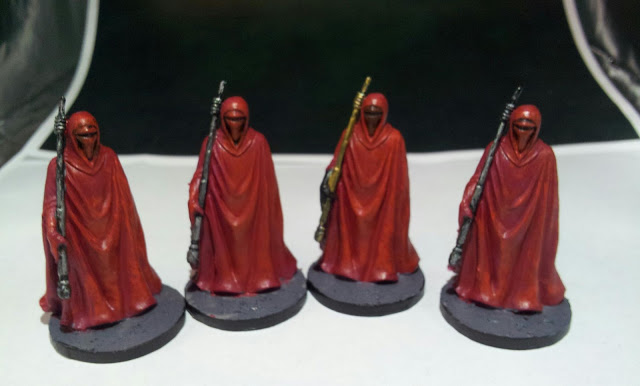 Next up we have a couple of pictures of the Royal Guards from Imperial Assault. I have always liked the Royal Guard so I wanted to do them justice. The one with the gold staff can be used as the Champion as I haven’t bought the expansion pack for him. 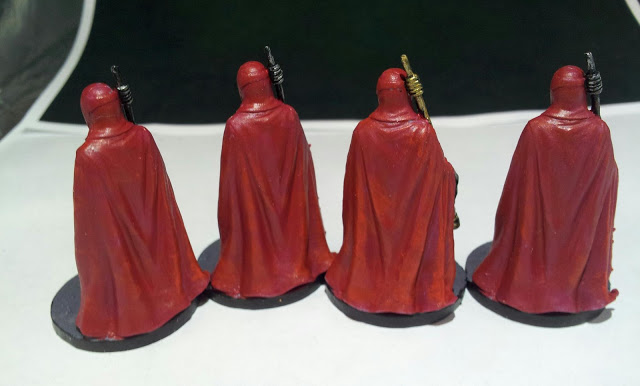 That is all for now folks, hope that manages to give some people hope in their painting, GS and general skills. Heaven knows it won’t be hard to one up me there.
Until next time remember Tzeentch is Always Watching.