I have wanted to do this conversion for a long time and finally it is worth while. While Defilers in 8th edition are not a stand out choice they are a fairly solid weapons platform. Also they look cool, which counts for a lot in my view. 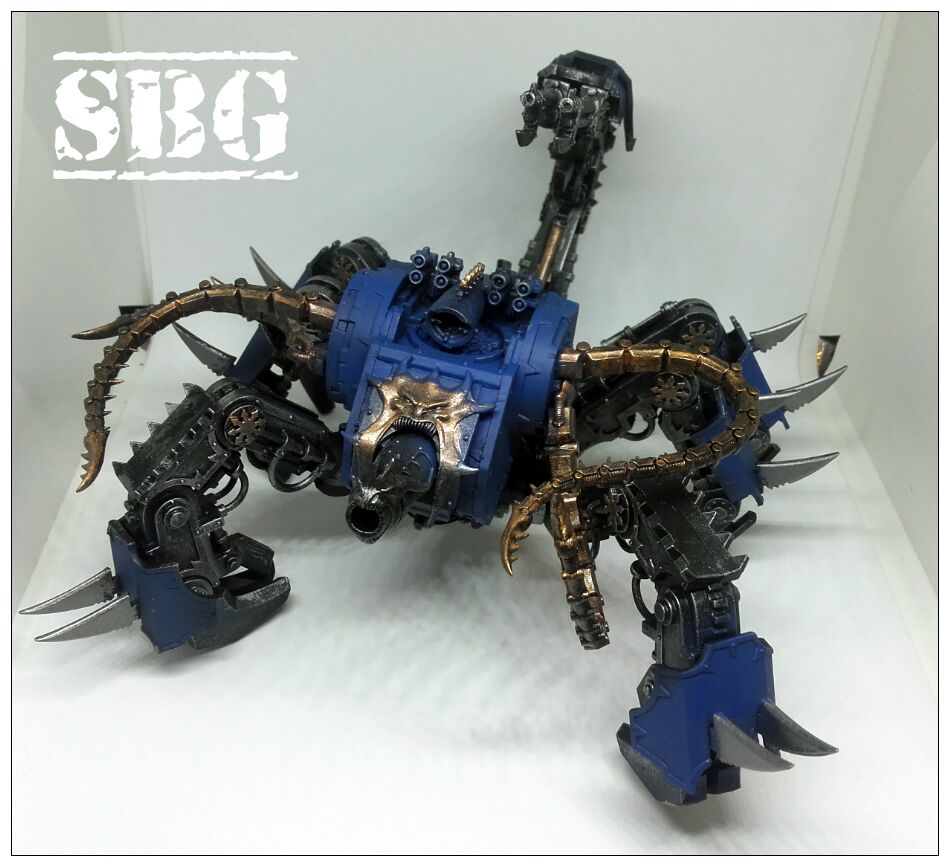 So I have a very rough paint job on it so far, just blocking in a few colours before starting the trim. All the trim! The blue is actually Macrage blue and was laid down with an airbrush, so much quicker than by hand. 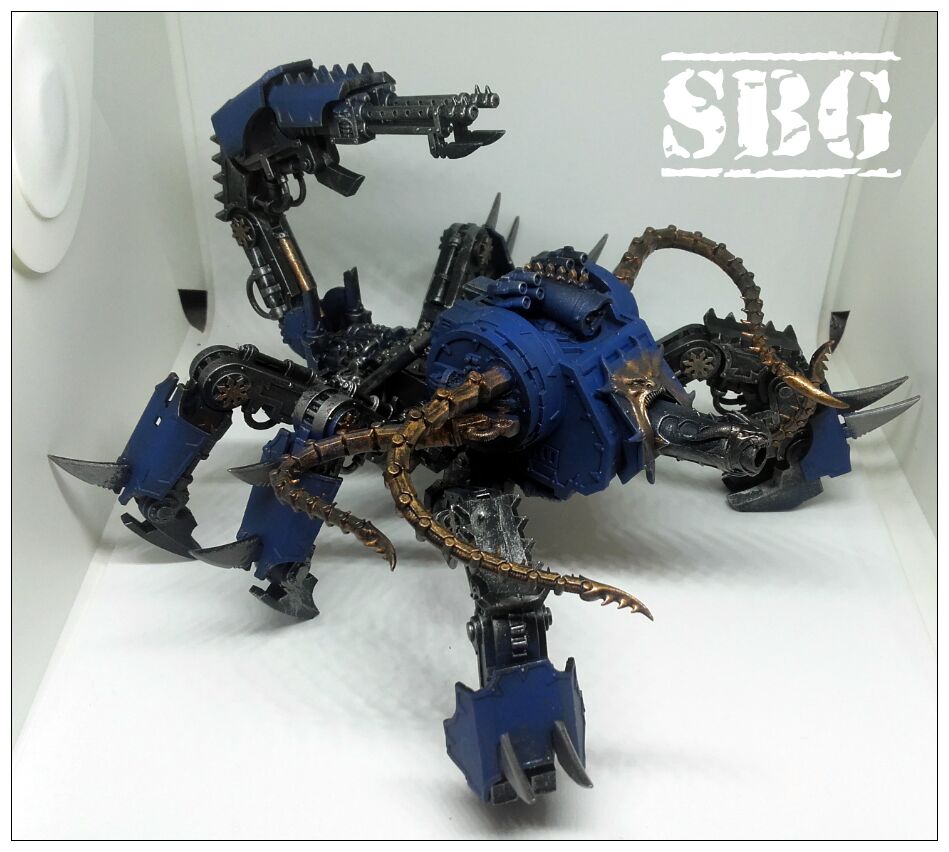 So for the actual conversion work itself! This was a second hand buy and it was originally in the standard configuration. But that wouldn’t do for me! So I took of the torso off and sunk it down onto the front of leg section, adding some supports at the back to help hold it in place. I then removed the side weapons and the head. 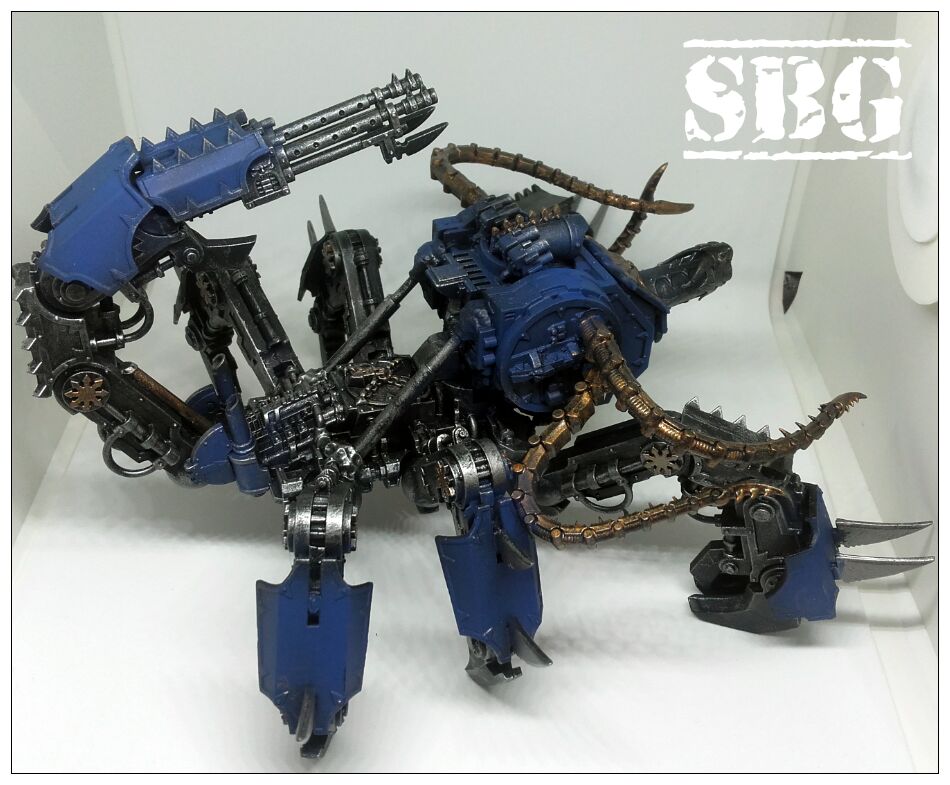 The tail is made out of reaper auto cannon it came with mounted on a spare leg, with additional armour plating. For ease of transport it is held on by a magnet. The power scourage tentacles are from the spares left over from my Forgefiend. I feel they help tie everything together at the front. 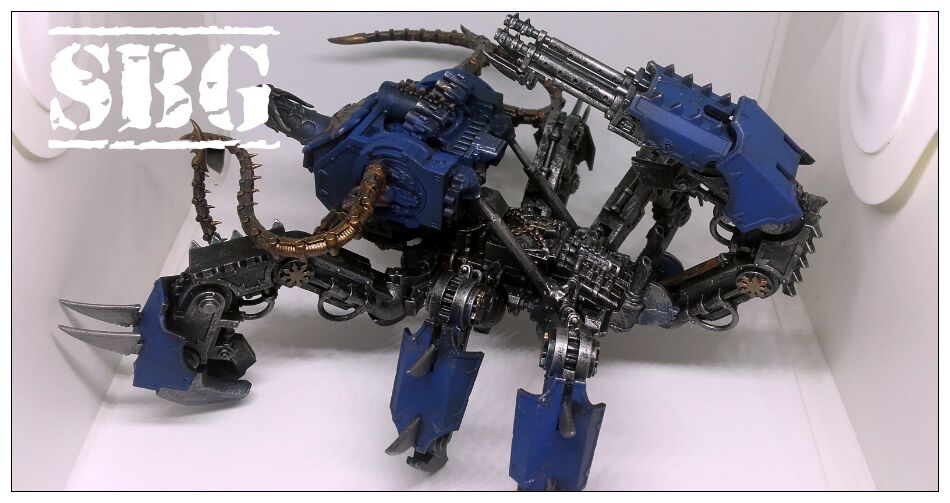 You can see the extra pistons I added here from plasticard tubes, anchored to the demon engine with growing flesh (aka greenstuff). I am quite pleased with how it is coming along so far.

+++ Don’t forget we also have a Facebook page for more updates.