We are back with a blast from the past, the original Rogue Trader* era Landraider. I have had this model kicking around for 15+ years and it goes back much further than that. Originally, I believe it was part of a Space Wolves great company, based on the grey undercoat it came with. I have seen many conversions of these over the years, but I couldn’t find it in myself to change it. Everything has been kept in the configuration I received it in. Well nearly everything, for some reason the original came with open box shapes beside the front tracks. I never understood that. So I covered it up simply and applied the usual hazard stripes. 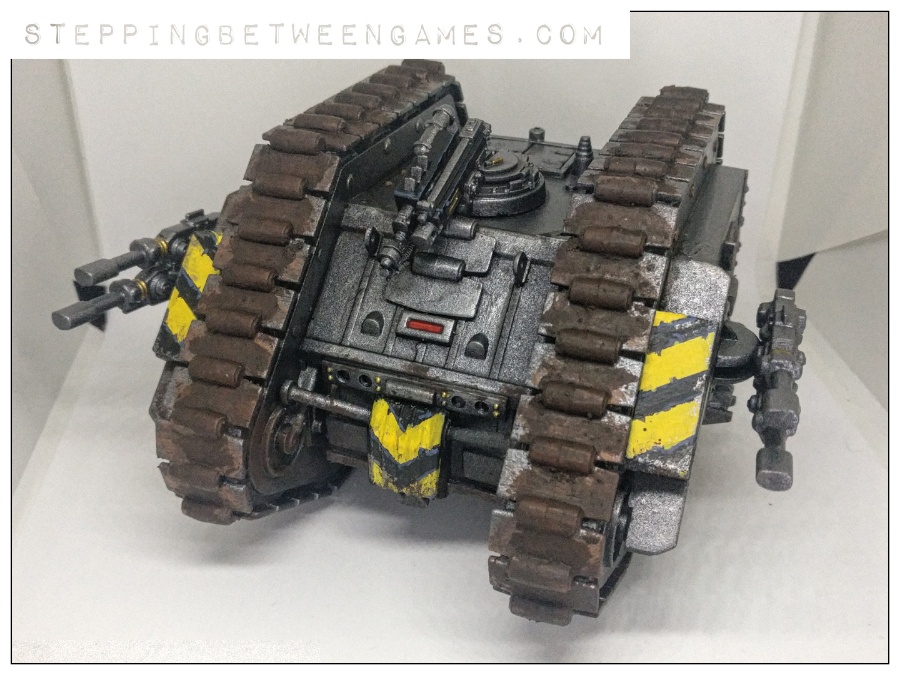 There was quiet a lot of caked on paint to be removed and tracks were not lined up correctly when glued together. Sanding them down to remove the ridges and create some uniformity. After that I picked off some paint that had caked badly over the years in nooks and crannies. Which is quite funny when compared to the work the person puts out these days. 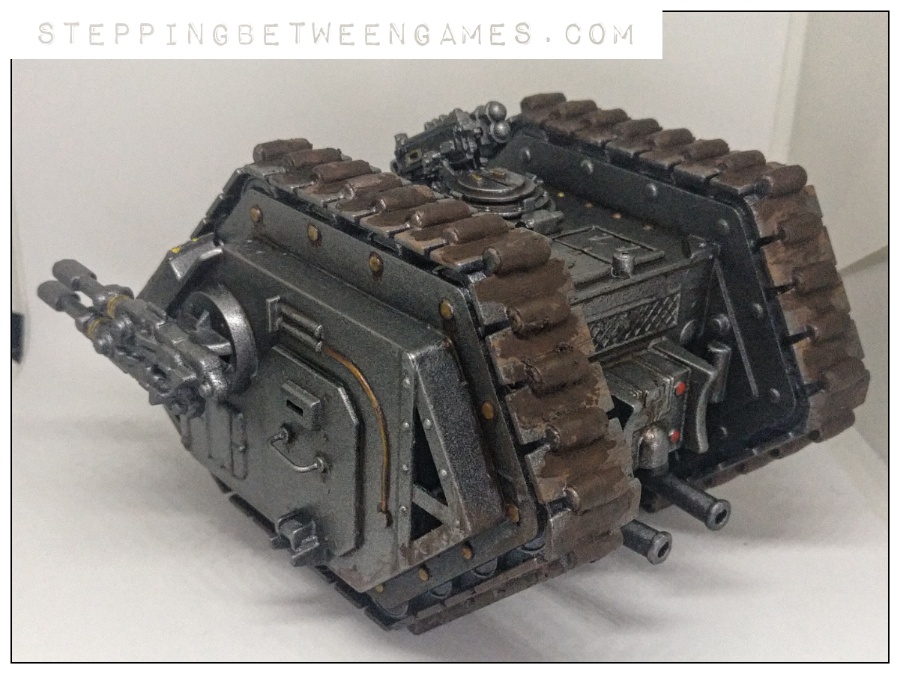 As you can see the lascannons are setup up differently that the usual setup and have got very little paint. This is because I am partially at a loss of what to do with them. I am tempted to put some glowing blue OSL on the end to match the rest of my Iron Warriors. 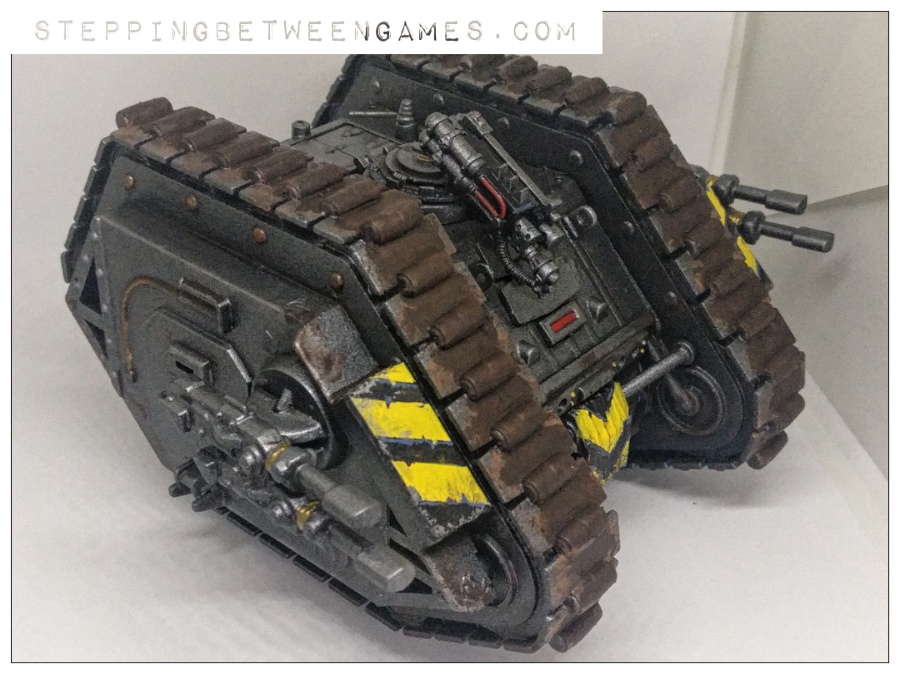 The temptation with Iron Warriors is to spray it silver, slap some hazard stripes on and call it done. But I wanted to try make this look a bit more weathered. Serviceable but having been in the wars so to speak. So all the bolts, joins and such have had some grim applied. The hazard stripes I so carefully painted have been battered up and highlighted. It is start to feel right. 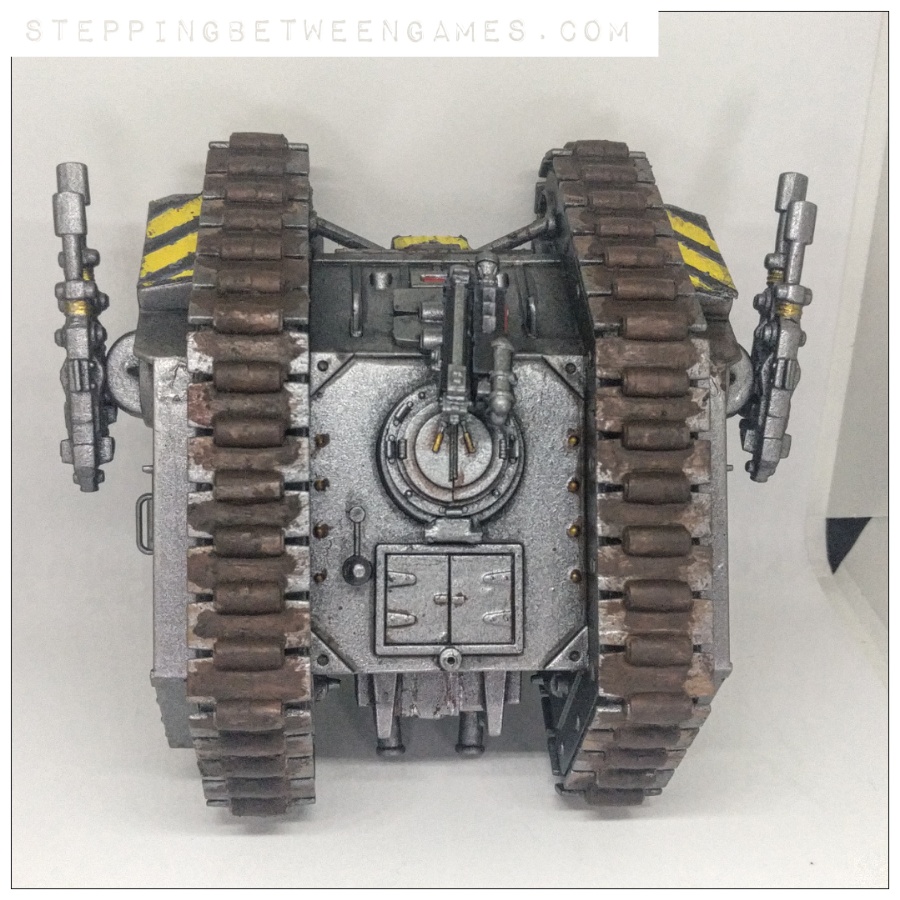 Next up will be some decals, doing something with those lascannons and address the exhausts.

What do you think so far?

*Everytime I go to say or type Rogue Trader a little voice in my head tries to call it Rogue Trooper.