Chris of Imperial Knights fame on Games Workshops Twitch channel has a tutorial for … knights.

How do! So I was asked to give a bit of an explanation for the smoke plumes for my growing Imperial Knight army. Though they look kind of cool as a force, I always felt they needed something else. Seeing a few people make smoke plumes and with them become prevalent in Aeronautica Imperialis; I thought I’d give them a go for my knights. Hopefully this would evoke the feeling of Warhammer 40K a little more. They are actually really easy to make:

Stage 1 was to bend the paperclip into a suitable shape and form for support. 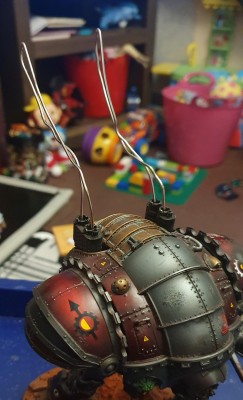 Stage 2 was to superglue the foliage to it piece by piece. Just be prepared to ruin your fingers for a day or two when the mix dries like concrete.

Stage 3 I gave it two coats of gloss varnish to harden it slightly. With more time I would have used a few coats of watered down PVA instead. It was the day before the 40K GT final at Warhammer World.

Stage 4 was a heavy coat of Halfords Black Primer. 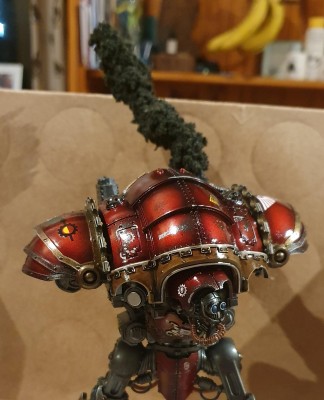 Stage 5 was a dusting of Corax White spray for a highlight to the effect. 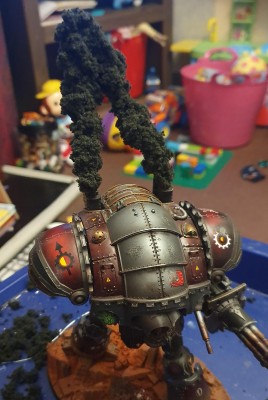 You could add red and yellow hints of flame if you wanted, but I just ran out of time on that front before the event. Simple, cheap and effective, they hopefully make them stand out fairly well. Plus I’ve been lucky that no one has actually targeted the plumes themselves in a game just yet…

Thanks for the breakdown Chris and for flying the Knights flag in the marine meta.

Come back Saturday for updates on Squaduary.