The third week of Dreadtober has rolled around! We have a rush of activity, some people are in for the sprint rather than the marathon. For 2017 it even has its own Dreadtober site. Todd from Sincain 40K is the host for this year. 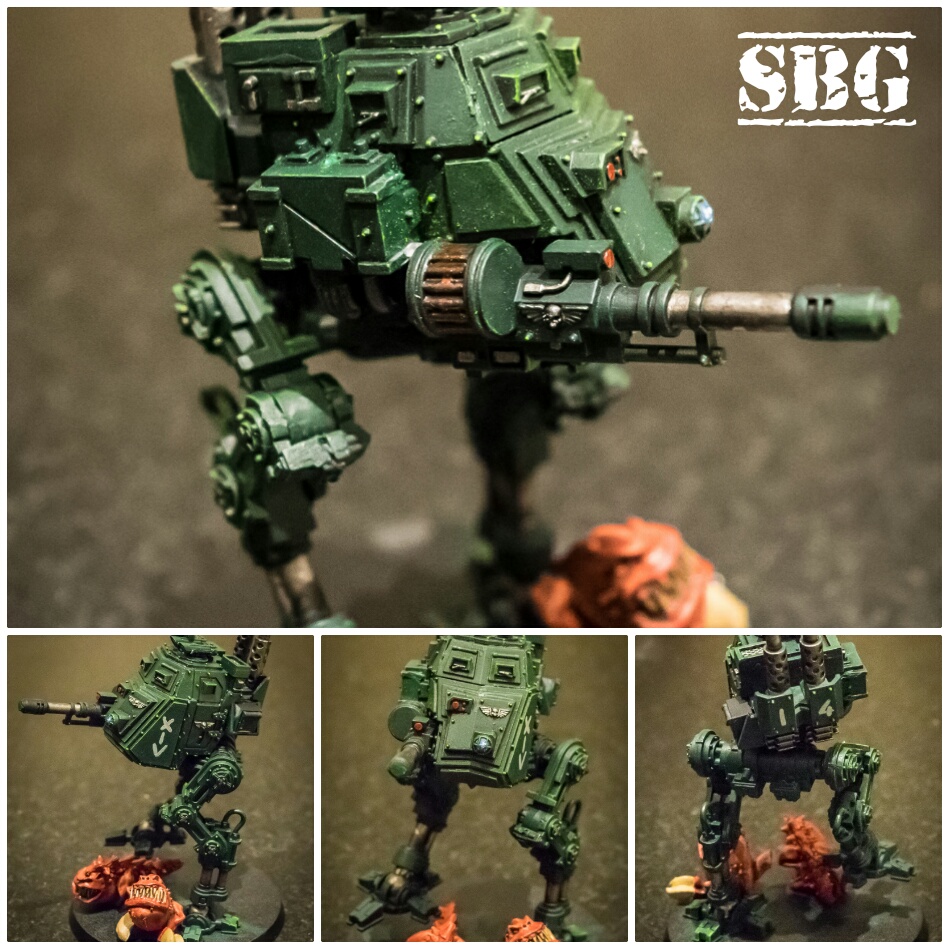 Made a bit of progress with the Sentinel this week. It’s not been as much as I’ve wanted, as I’ve be refurbishing a new flat and that’s eaten a substantial amount of my painting time. Nonetheless I’m fairly happy that the bulk of the sentinel is now complete.

There’s still a degree of weathering and environmental effects to put in, smoke on the engines, battle damage etc, but they can come later.

As you can see the Sentinel has also picked up a couple of friends.

UCK!, and GRUCK! (which may not be their actual names, but they respond to it as well as anything else) will be joining the Sentinel in due course… all will be revealed (at the very least UCK! will, I’ve not decided 100% on GRUCK! yet).

They too need a bit of work, they’ve only had their basecoat done on their skin, teeth and claws.  I’ve done some highlighing and shade on the skin but it needs a wee touch more, that’ll come. 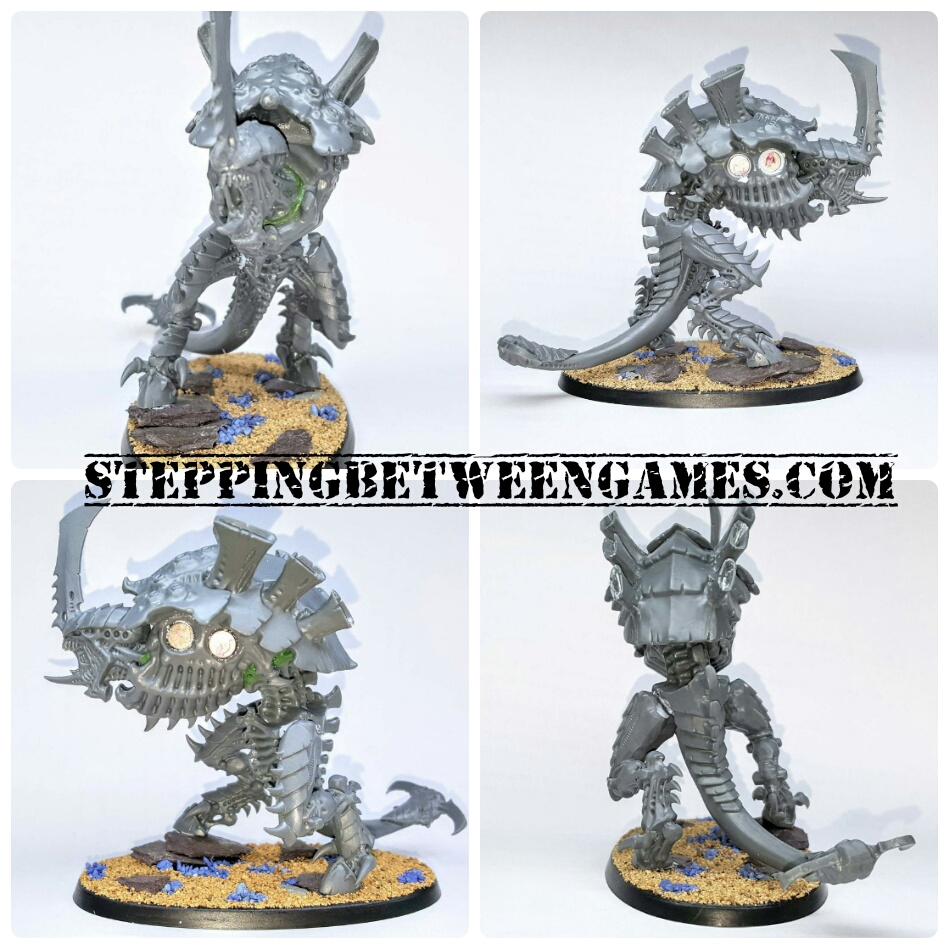 The carnifex brood leader is complete, magnetized and ready to undercoat. The head spike is from the Swarm Lord, along with the legs. Extra rocks on the base have given him even more height.

Next: cleaning up a variety of arms and magnetizing them. The trick is getting all the magnets the right way around so any arm can go on any carnifex… 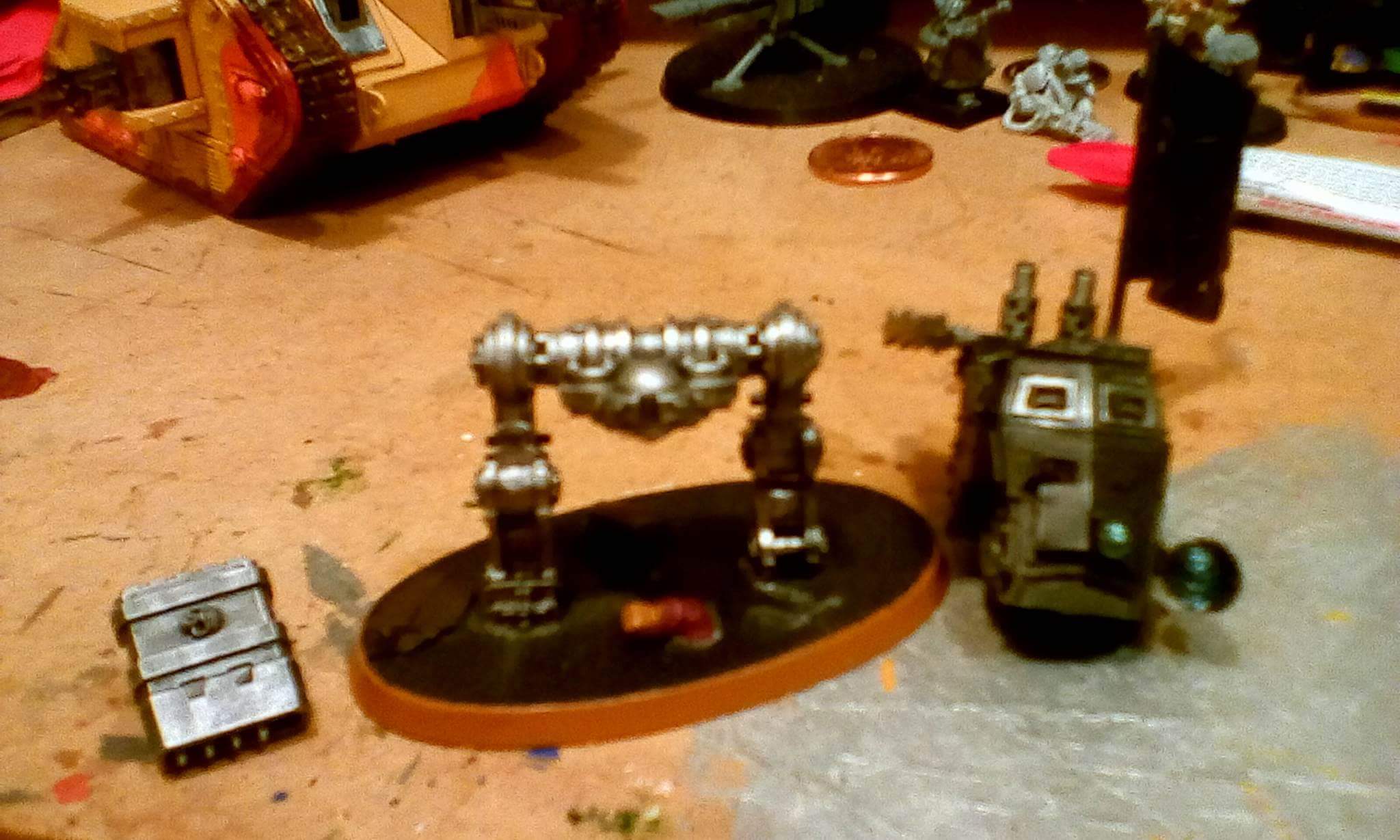 Week 2 progress, base dry brushing done, I had hoped to be further along with the model so I can put more time towards the end into the basing, but hoping to catch up this coming week. Going for a very heavy weapons spec with the missile launcher plus hunter killer missile. Loving the look of the side mounted search light. I have some pearl effect 3d paint which I’m going to experiment with for the glass effect on the lights.
+++ 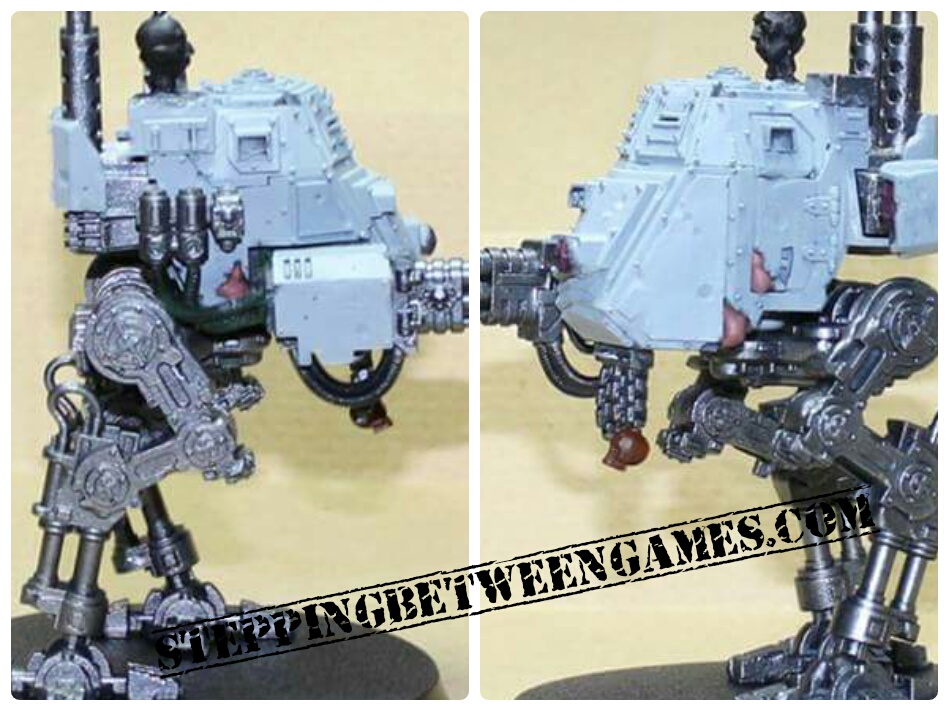 Construction done, almost all basecoating done. Next up, camo pattern and a shitload of rust…
+++ 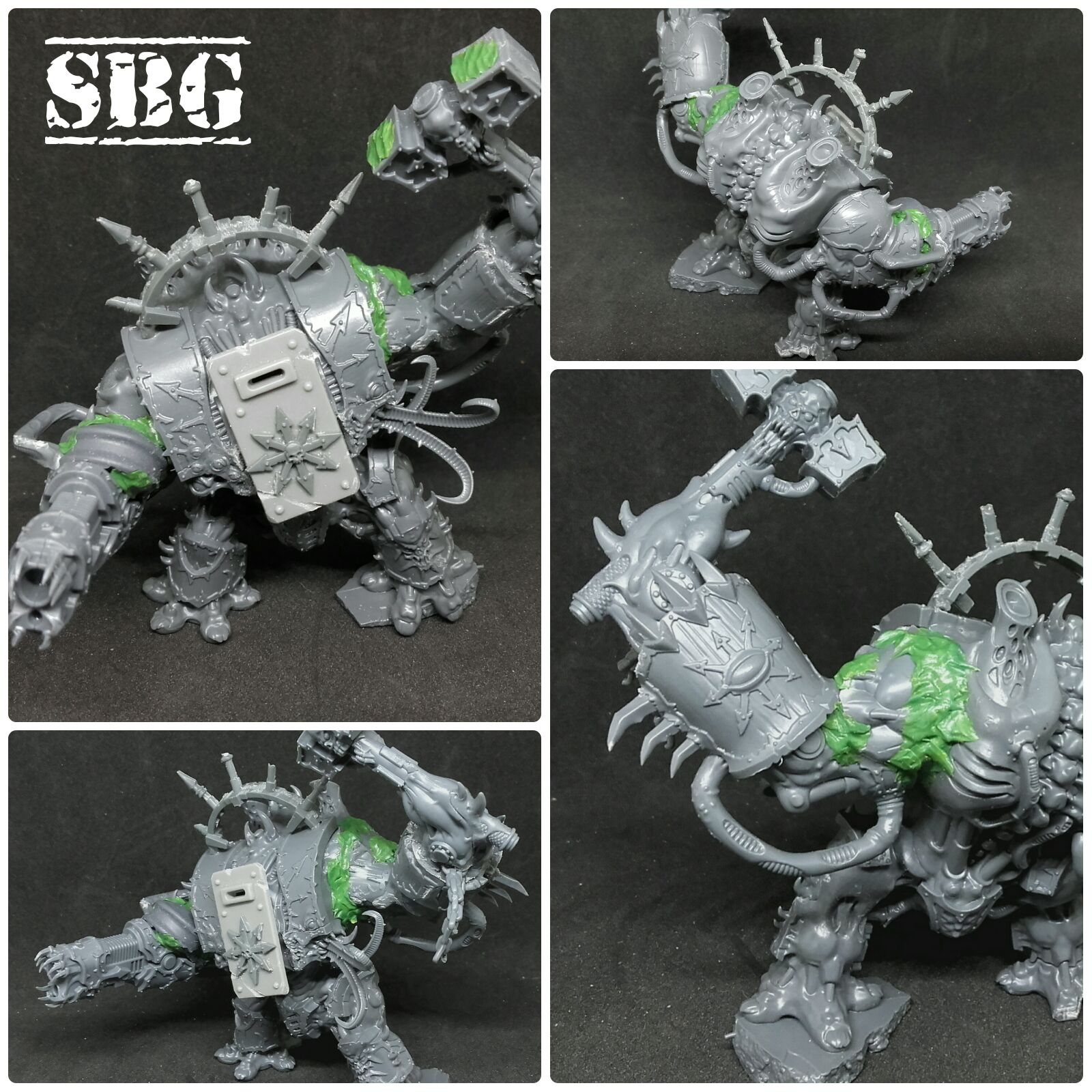 I was just not happy with the direction my Hellbrute was taking, as such I ripped his arms off and started afresh. After a whole chunk of work and playing outside my comfort zone (looking at you green stuff), I ended up with this.

Oathbreaker is starting to come to life for sure, even without the base. A base is currently winging its way from Secret Weapon Miniatures to me at this moment. I thought I would try go all out with this mini and a resin base will help with that.

The other big part is the faceplate, which I think harkens back to loyalist dreads. Always preferred that look, so I thought why not? 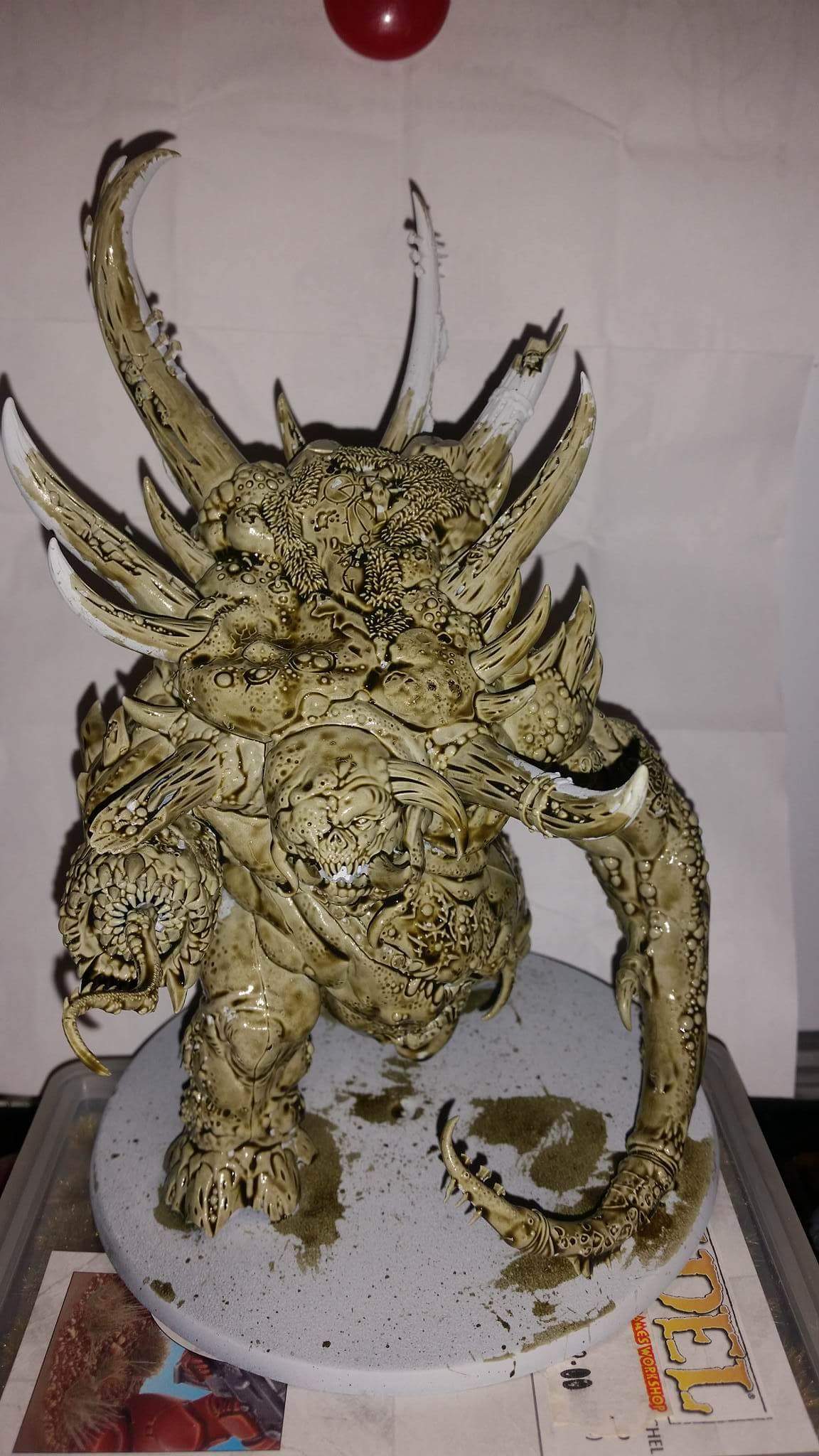 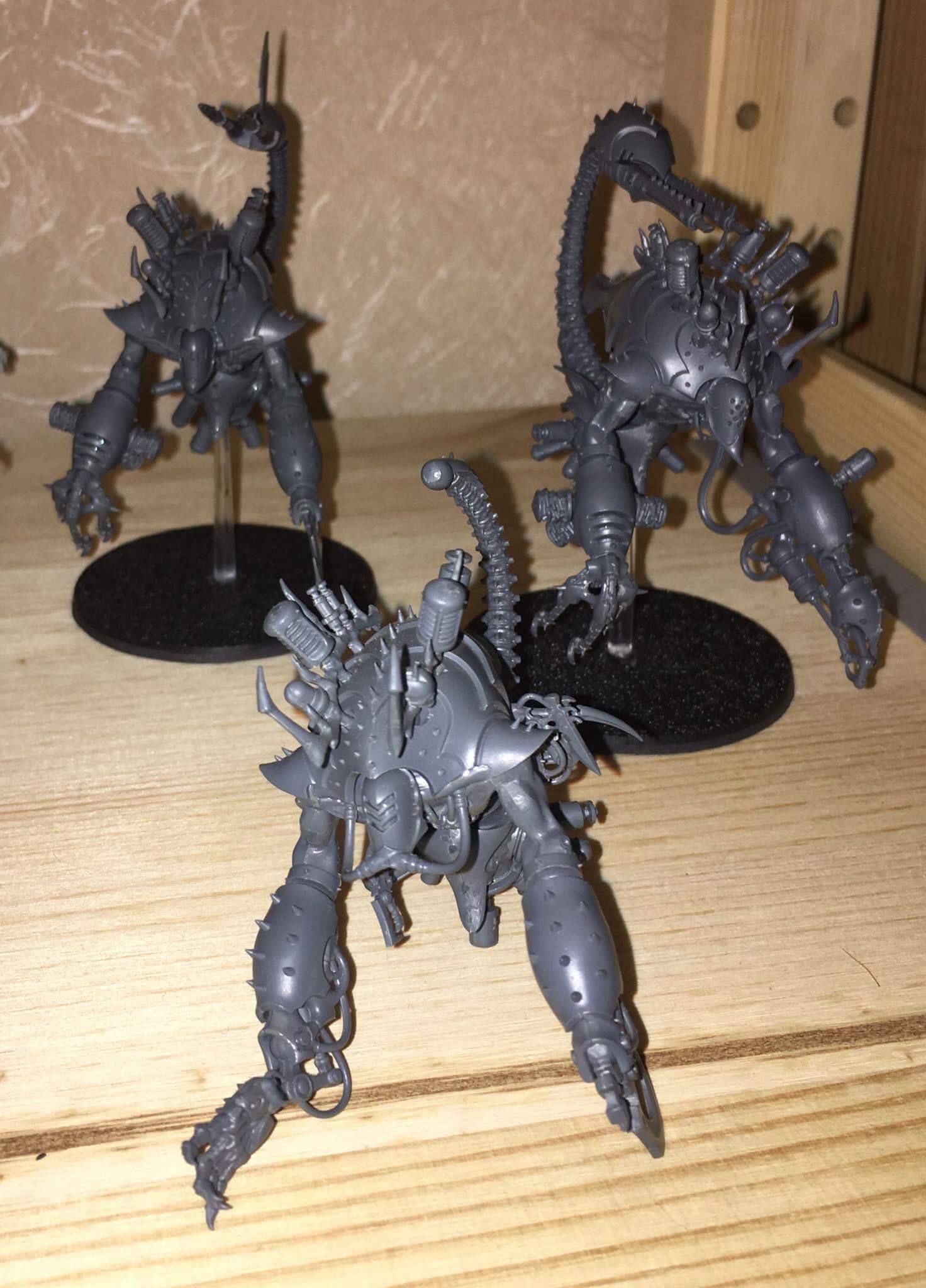 I’ve finally decided what I’m going to do for the challenge. I’ve recently been setting up some new shelves on which I can set out Armies and painting/modelling projects I want to work on. One of them is the Haemonculus Covens force which is one of the only two armies I’ve actually used in the past few years. Since we’re part way through the month already, I figured something (mostly) all built will probably be fine, but to make it more of a challenge, I’m not going to paint a single model, but a squad of Talos! I reckon since the basic colour scheme will be the same across the board, it should be relatively simple to work through three of them (and a few magnetised weapon options).
+++ 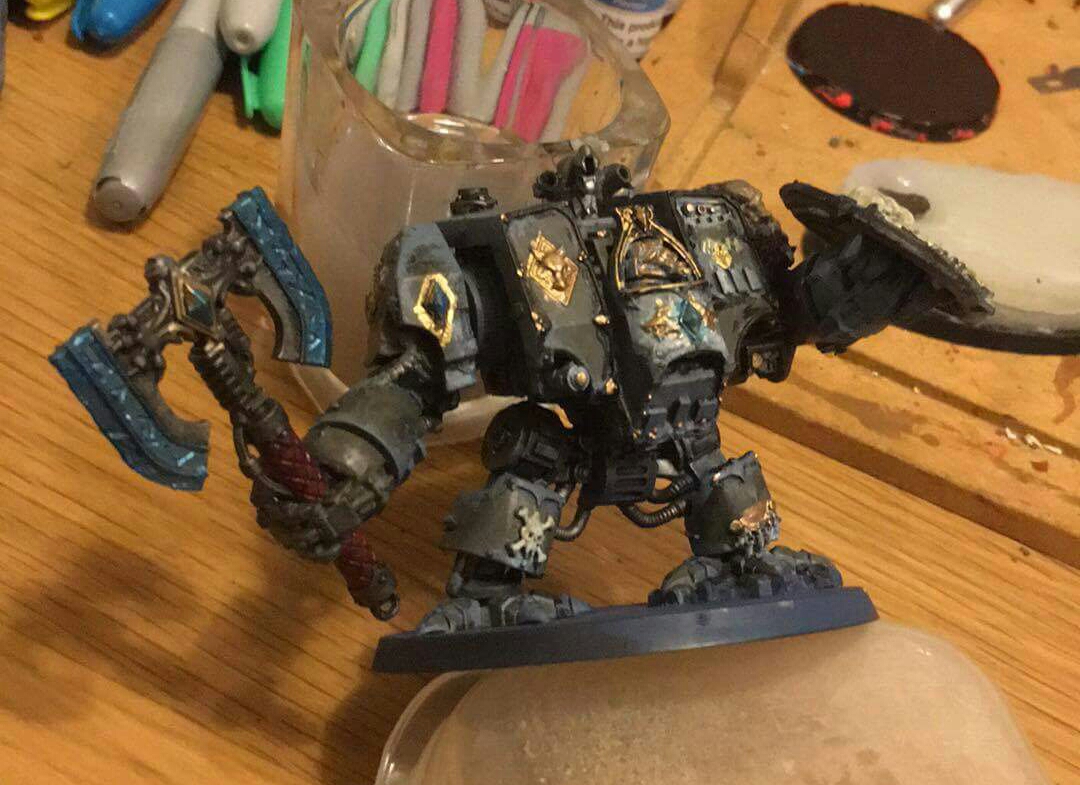 Have the base to do, but I think I’m pretty much there. Couple weeks early, but I’m snowed the next few weekends. I’m happy with that for a first attempt.
+++

So that is week three of Dreadtober, there is a lot going on in other blogs and Twitter feeds (using #dreadtober). Do check them out.