The second week of Dreadtober has rolled around! We have a rush of activity, some people are in for the sprint rather than the marathon. For 2017 it even has its own Dreadtober site. Todd from Sincain 40K is the host for this year. 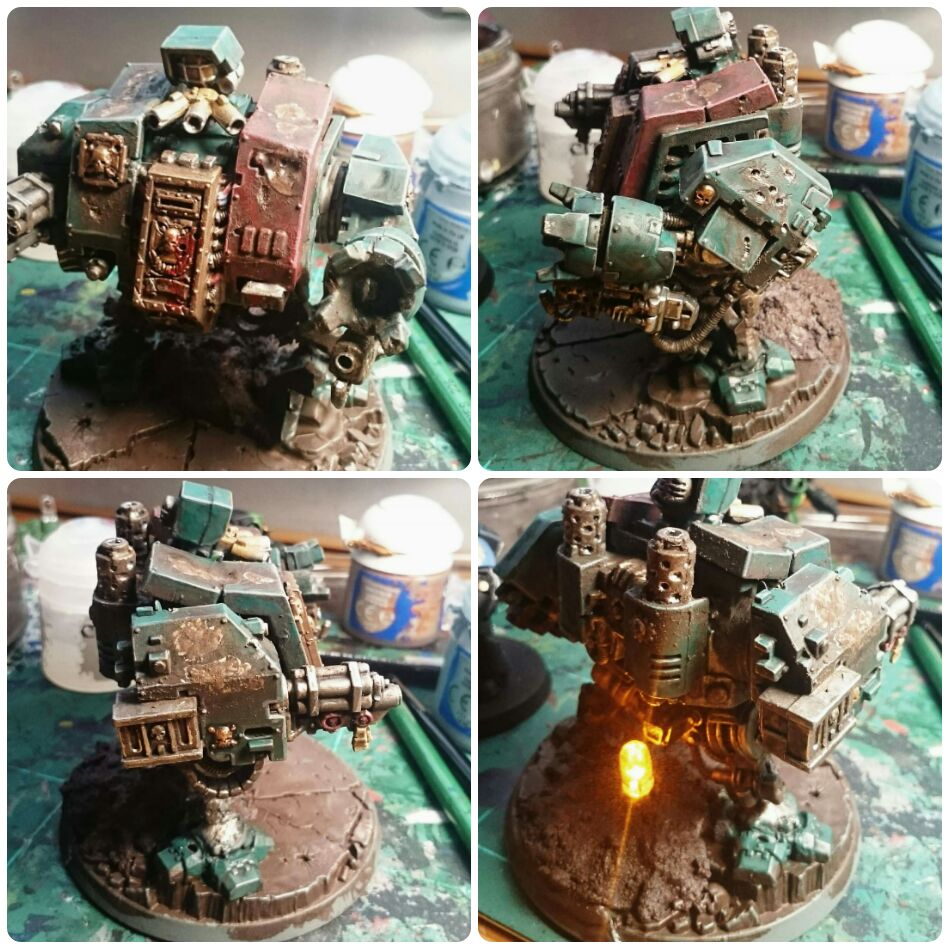 After getting basecoats down and trialling my heat scars I got a bit carried away. Being stuck at home for a couple of days resulted in an unexpected amount of effort so I tackled the body and arms of the dread. Pretty pleased with the result but I am concerned it’s a little murky – may look at brightening it up later.

The legs and base are the meat of this project for me, as I’ve never attempted anything like this before. The led has been mounted and sealed which seems to work, do now I’m just waiting for things to dry properly before beginning to work on the base. The idea is for a plume of smoke lit from below by the LED. If it will work… No idea. 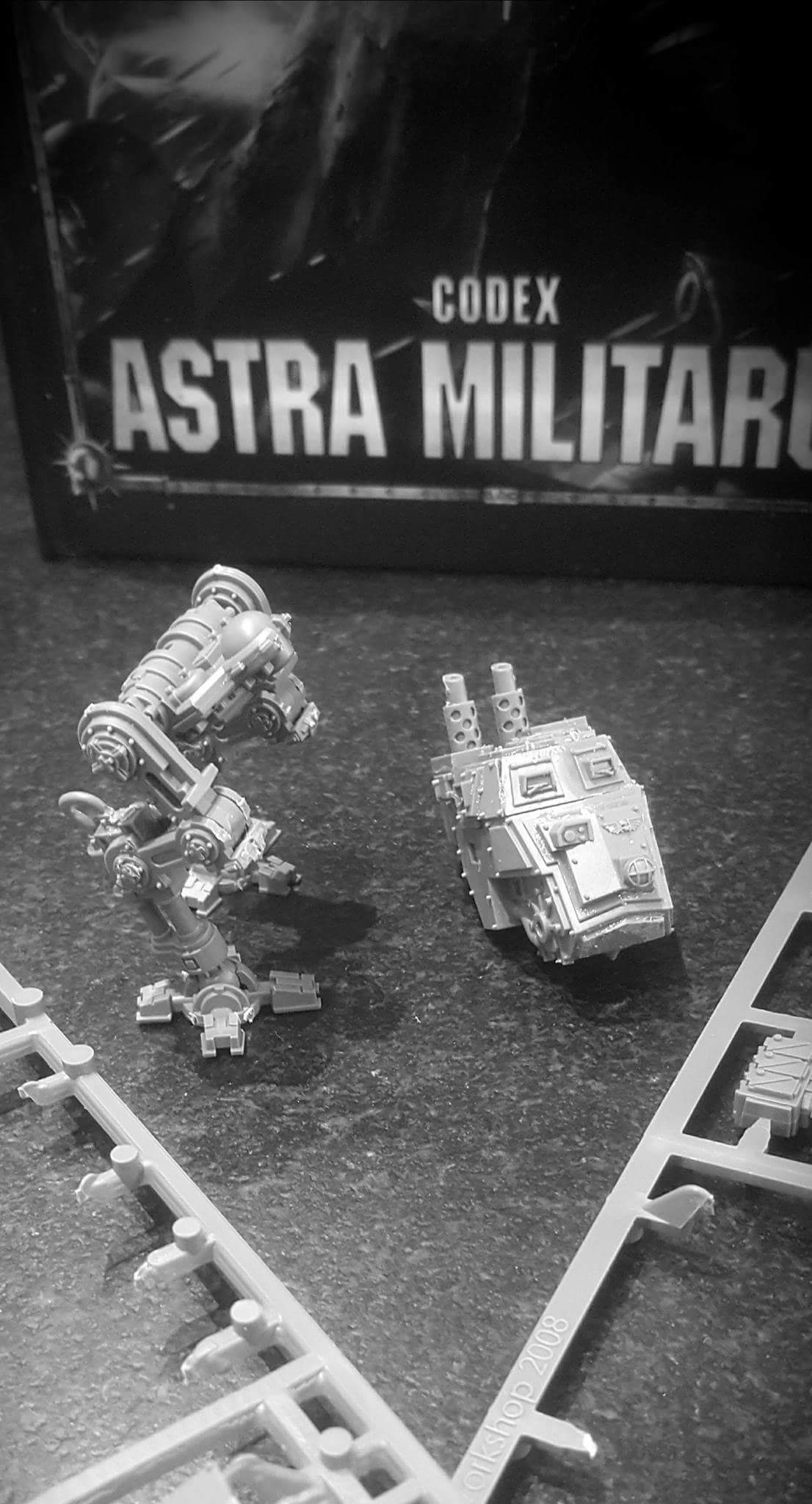 A slow beginning for me as it was interrupted by going to Düsseldorf for a family wedding. Hoping to catch up a bit this week. I I can do so then I might build a couple of Termagents also as what Dreadtober would be complete without the NOBLE FORCES OF THE IMPERIUM (tm) squashing some filthy Xenobugs into small piles of chitinous squealing. 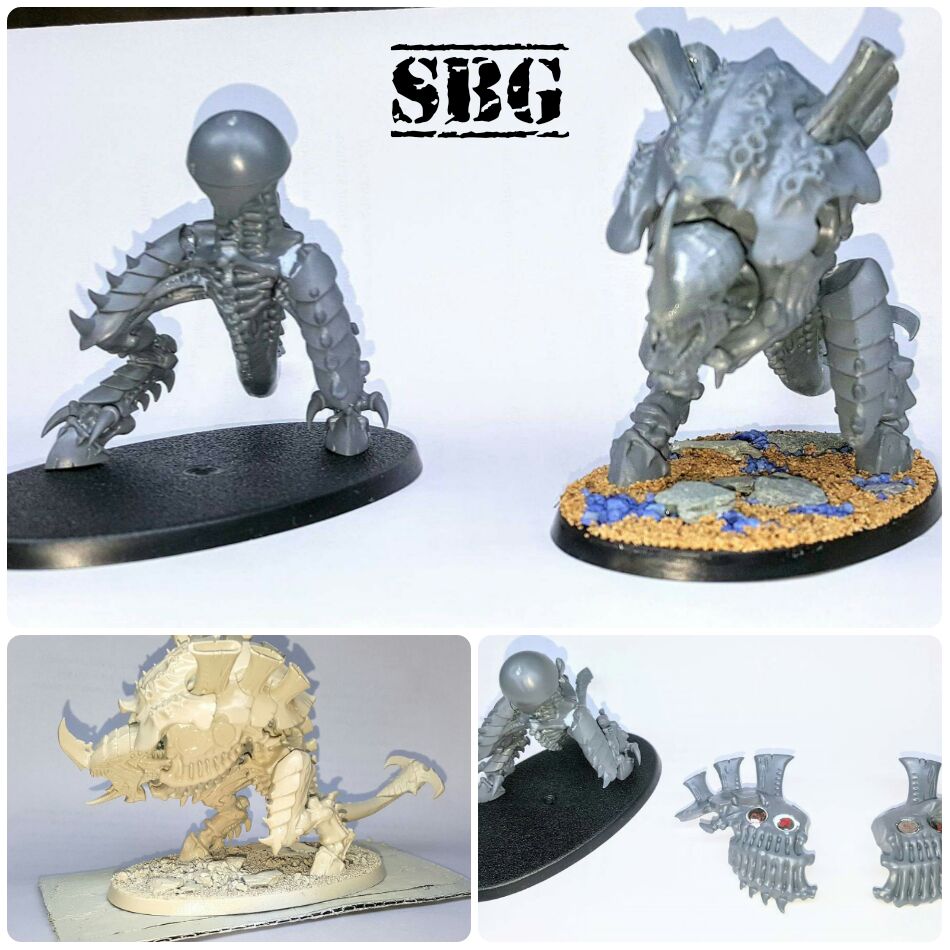 Three days of illness has me behind schedule, but the first carnifex is assembled, magnetized and undercoated (white then Halfords Ford Ivory). The second just needs magnets. The third is mid assembly. I’m using hive tyrant legs to get additional elevation on this one, and it will have additional head spikes to designate it the brood leader.

Getting all the magnets the same way around is the most awkward bit, to ensure any arm can go on any carnifex. 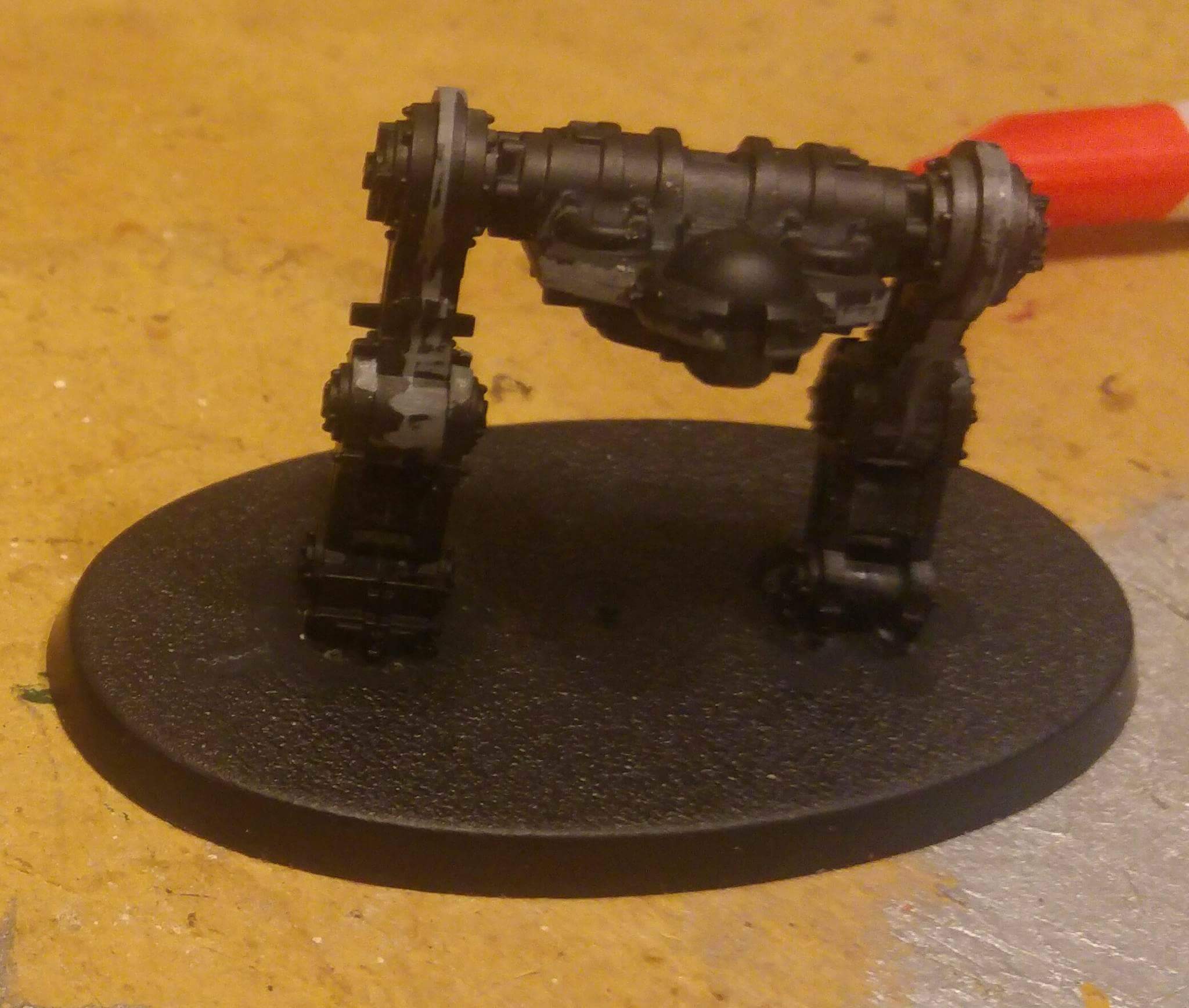 After discovering my sentinel in my big bag of grey crack / to do pile, I wanted to go with an armoured sentinel with a full on diorama style base. Then I discovered the lower leg pieces were missing, so spent most of my free time researching how to construct a liquid style base so the sentinel appears to be wading through it. I’m going to add banners to the top of the cab so the height is similar to a normal model so I could table it if I wanted too. As a result progress has been slow but steady. 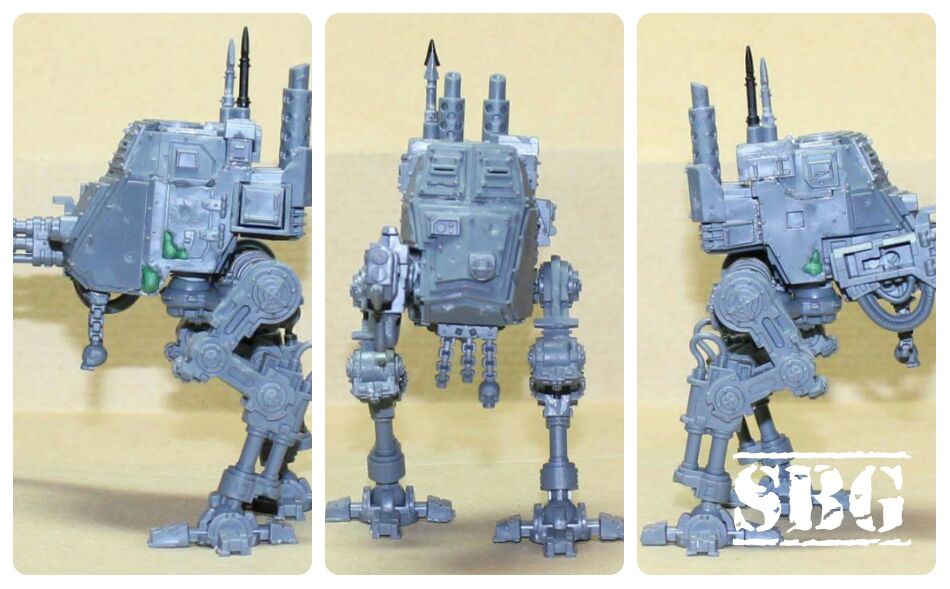 Construction work almost all done…pitting and battle damage took the longest. Just need to do some more work on the heavy flamer and top plate of the hull, then it’s primer time. 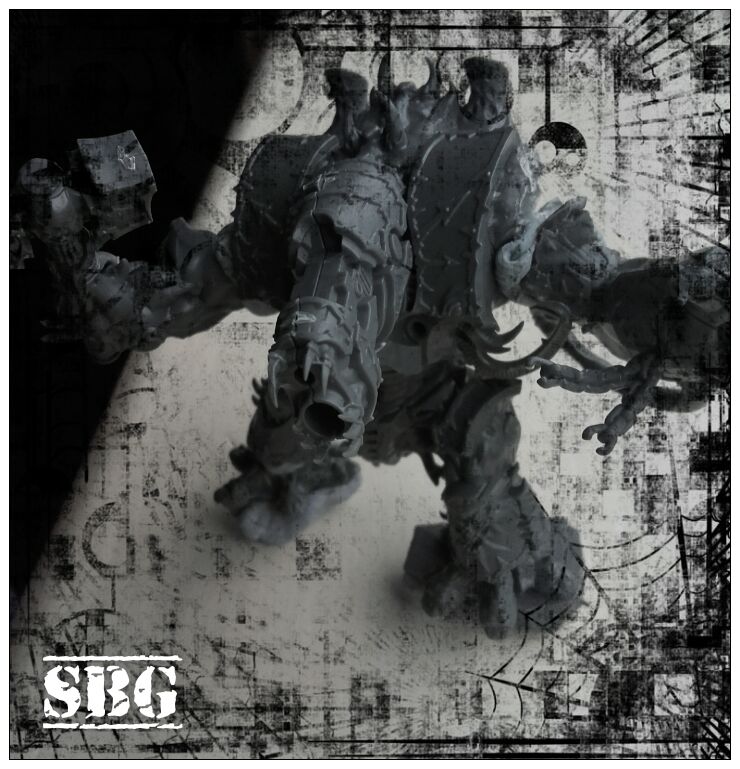 This is the early mock up of my fifth Hellbrute “Oathbreaker.” A beast for destroying the unbreakable! I have used filters to hide the fact it is barely held together and looks a bit rubbish at the moment. But in my head it looks great, the trick is making the two images match. 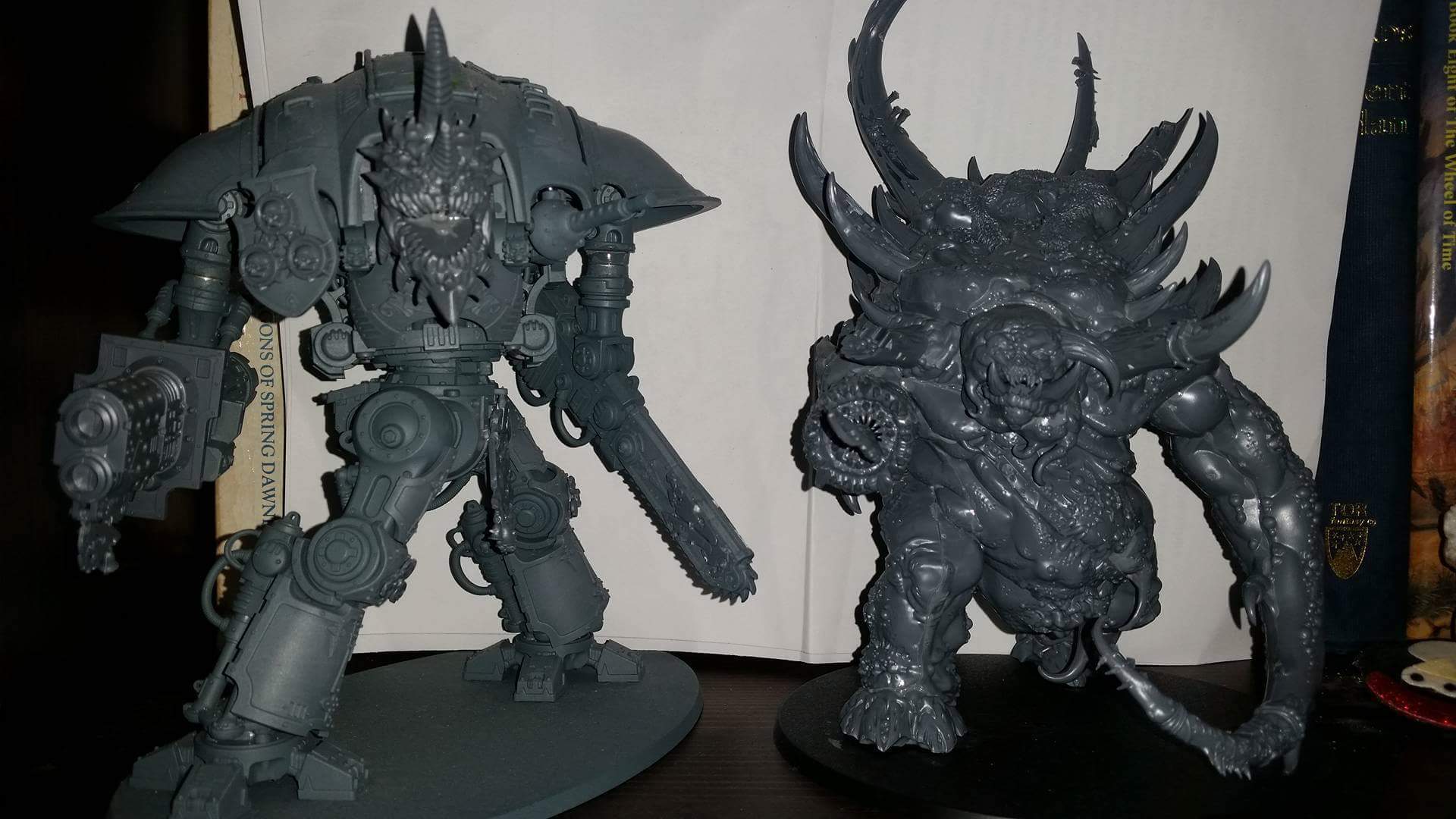 A Greater Unclean one in the offing, knight for size comparison. I knew my GUO project model was big but I’ve just managed to get him sprayed and he seems somehow…bigger? Mahoosive?…now. Hopefully will be able to get him done though. 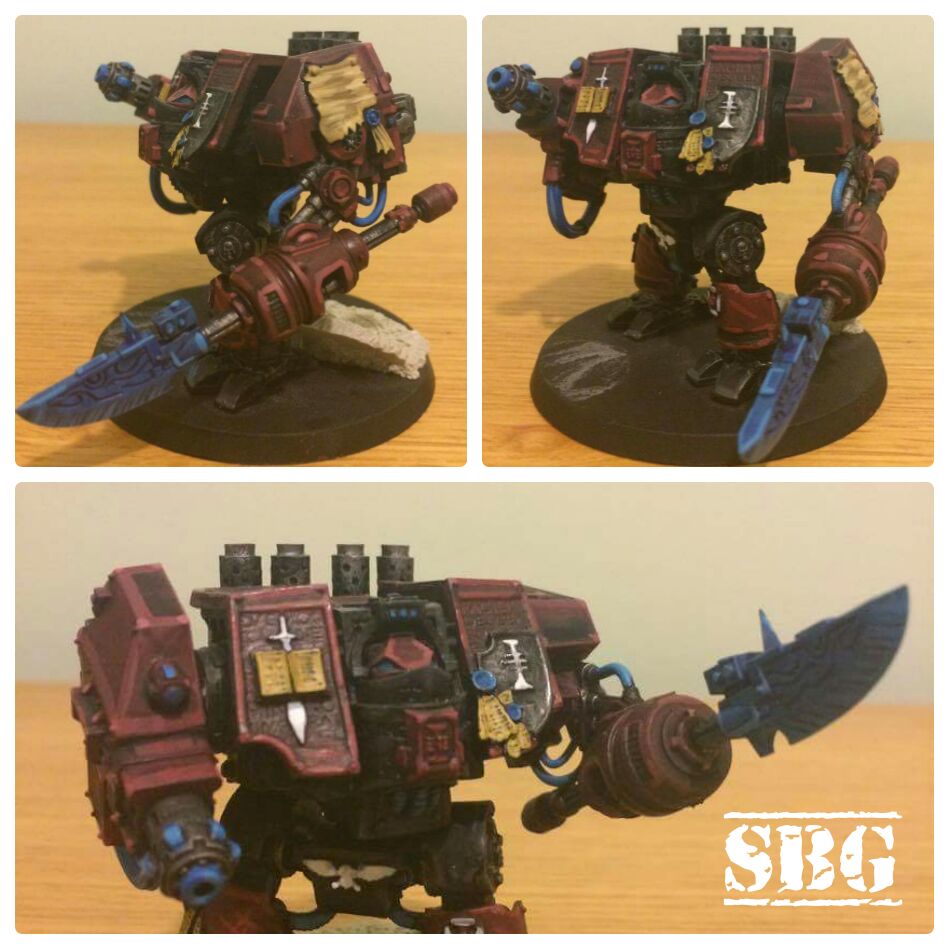 Mr ‘Axe-gun’ (named by his daughter) is coming along well… 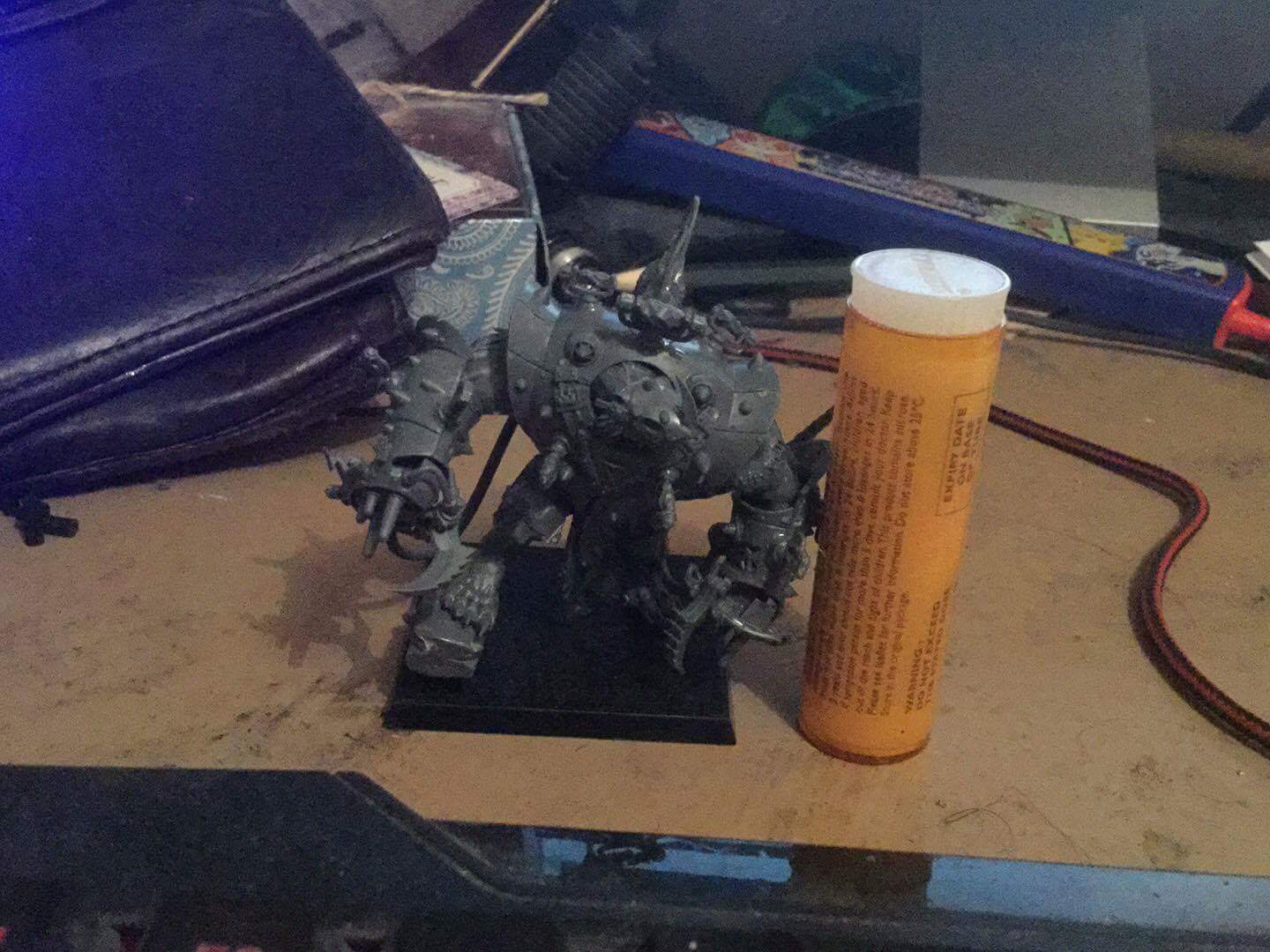 My local store has got an Age of Sigmar campaign starting at the end of the month, so my Astartes are on the back burner while I work on bulking up my Clan Skyre force.

The nutrient vats are bubbling, the warpstone capacitors are primed. Soon we shall feast-feast on the flesh of the manthings!

So that is week two of Dreadtober, there is a lot going on in other blogs and Twitter feeds (using #dreadtober). Do check them out.