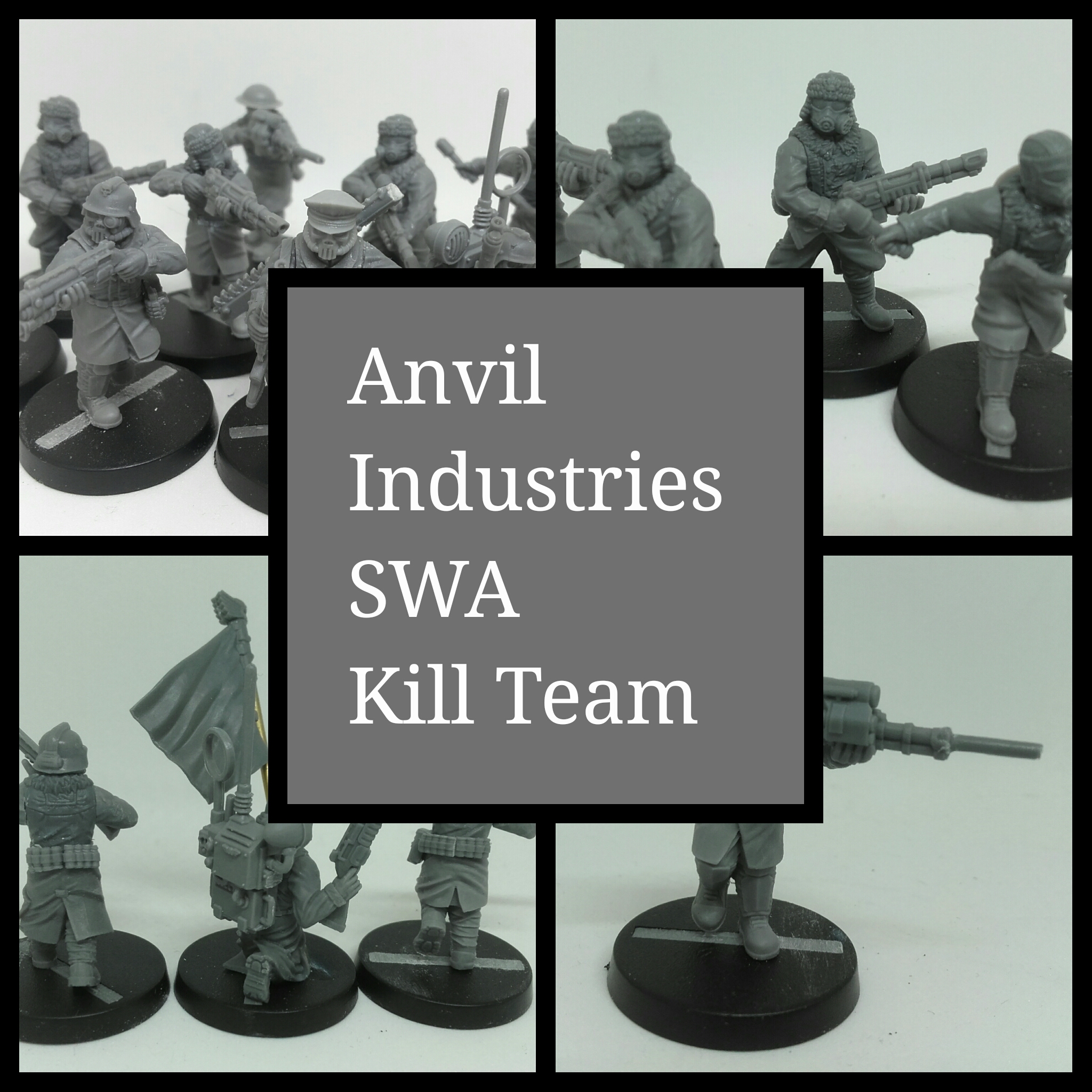 Time to enter the Shadow War of Armageddon! Since this game came out I have spent for too much time creating lists for it. But with Anvil Industry I finally had a chance to build a list I wanted for it, see the end of the post for the list itself. I wanted a mob of insane Guardsmen, a bit of a dirty dozen vibe (or rather dirty 9). 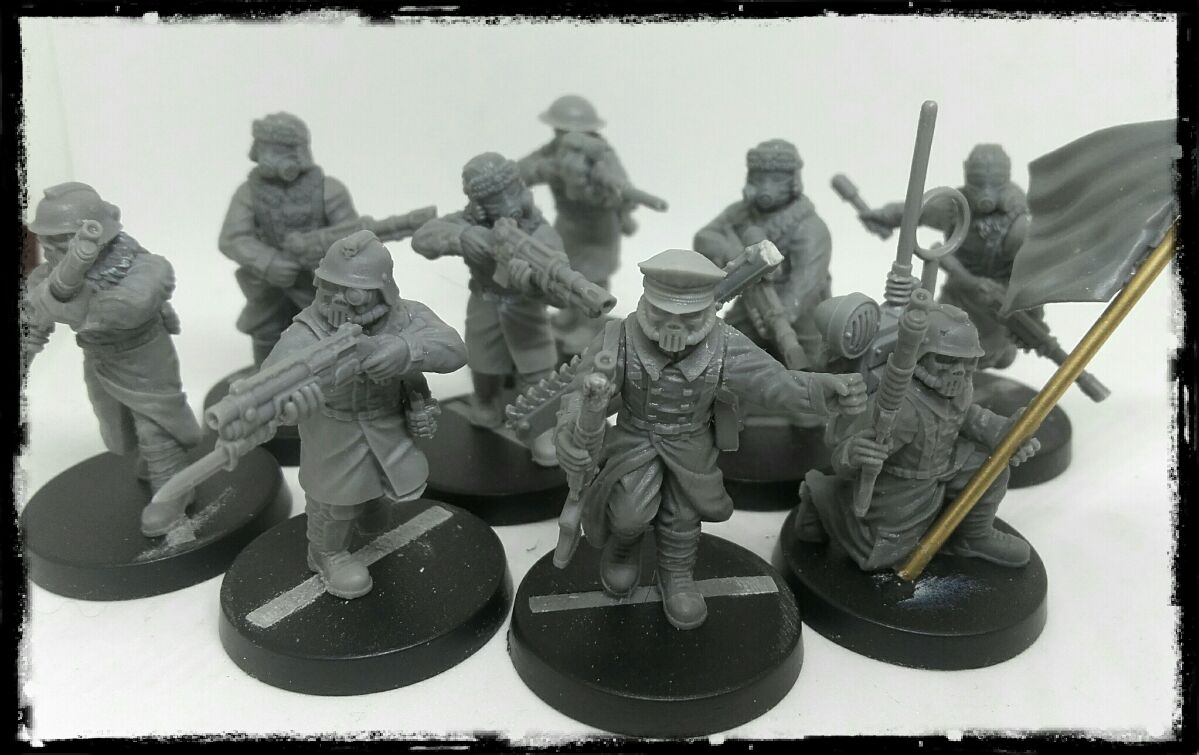 Enter Anvil’s Trench Fighters line and oh what fun they are to play with. Full disclosure on this, I got sent a set of ten to review and so this is also a review. These models have some great character to themselves and could easily see a full army out of them. The models came with very little flash and what little there was could be rubbed off with a finger. 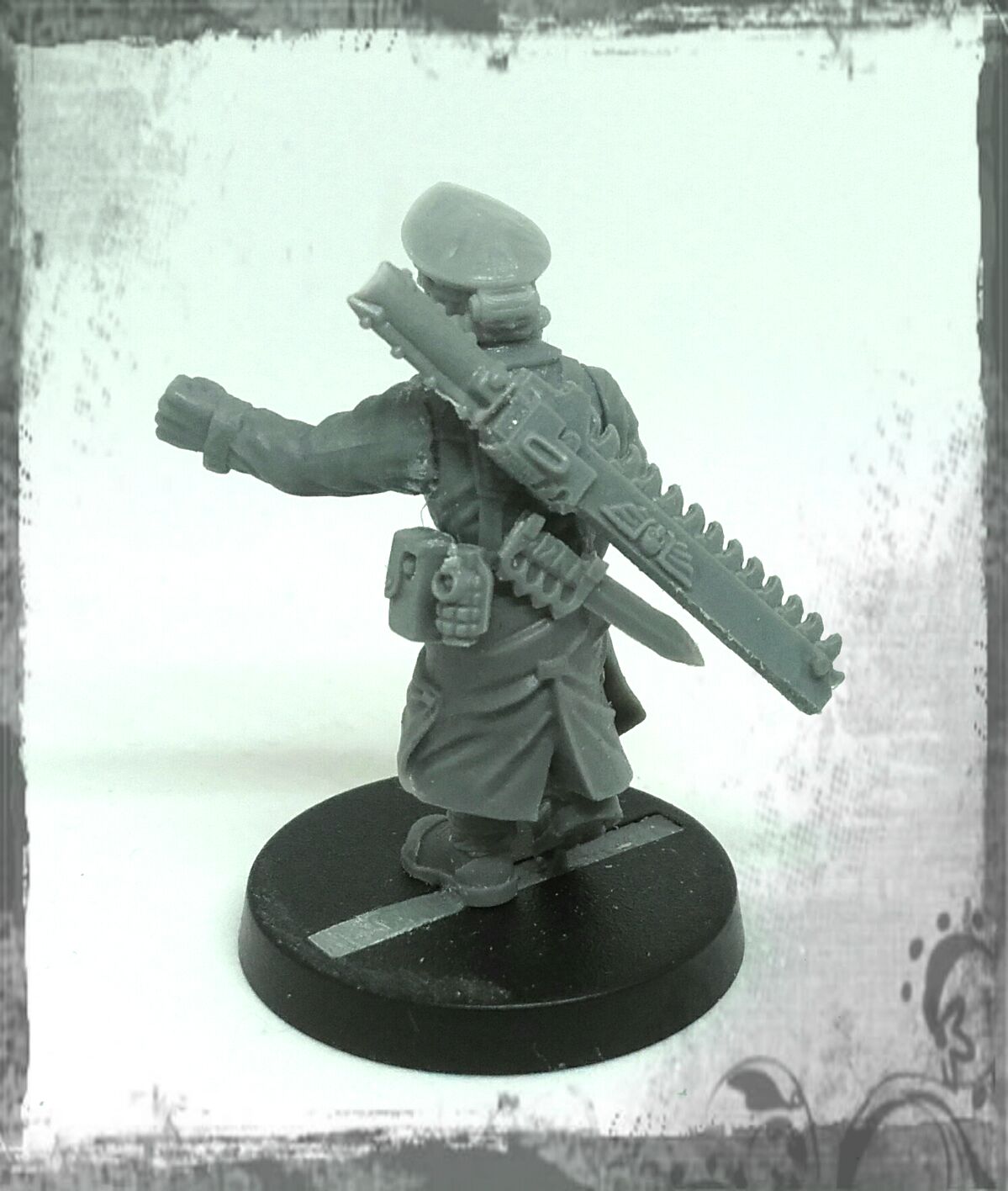 The one thing the set was missing for me was close combat weapons, but that was just the sample I was sent. So Sargeant Borris here has a chainsword with a quick handle I improvised after removing someone elses hand. It was a bit of an odd choice, I think, to go with slotta bases but we will see how well they get covered up during painting. 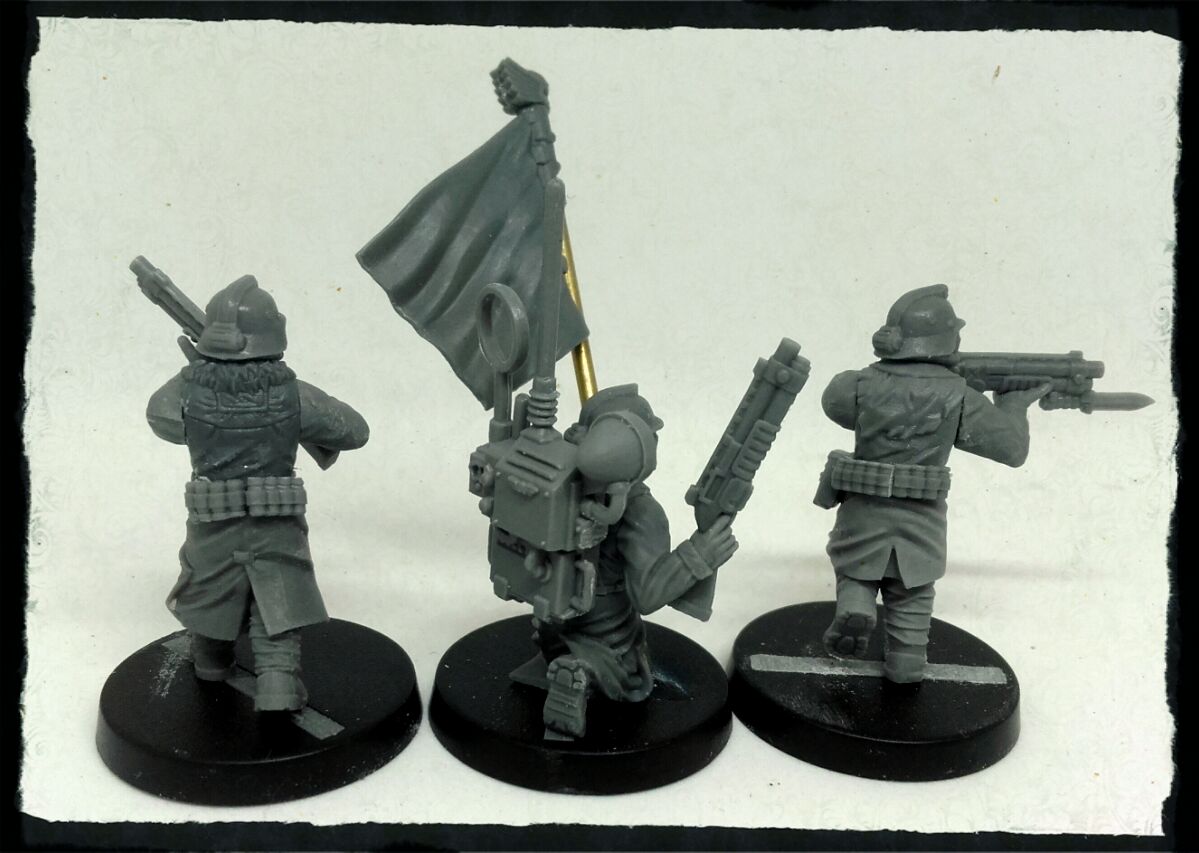 Everything when together smoothly for me and I got to play with a variety of options on the sprues. Including spare shotgun ammo, which helped fix up the rather blank area across the back of the models. I loved the metal banner piece, so much easier to avoid bending it.

After spotting the arm throwing the old stick grenade I had to include one, and pay the costs for it and all. But these four models form the core of the kill team, I like the solid look of them. The arms mostly come in the traditonal gun across chest look but as you can see from these you have a fair amount to play with. 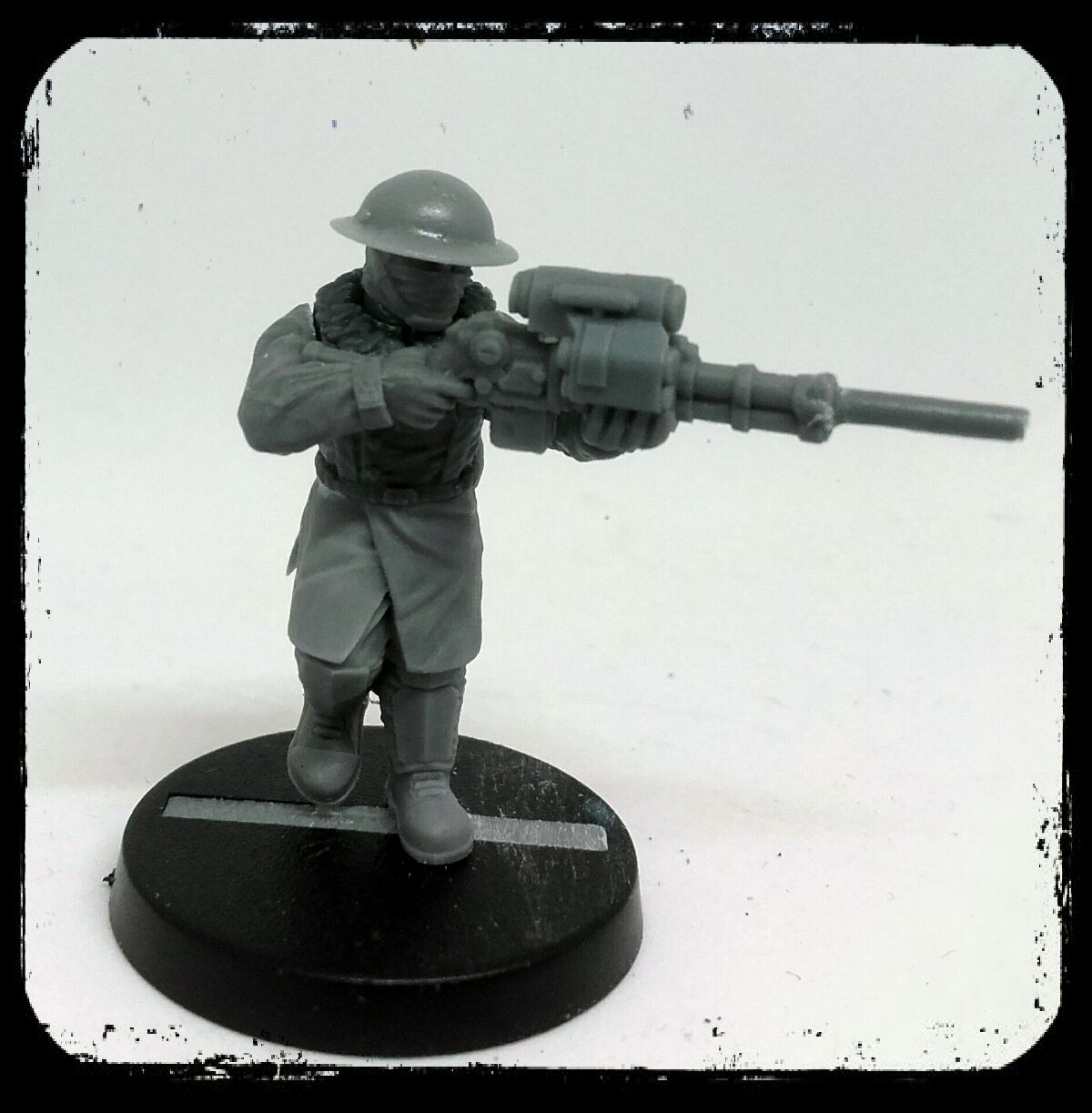 This fella is the designated sniper of the group, to help him stand out I useda completly different variation head and thermal scope. I then extended his rifle with a piece of carefully snipped sprue. 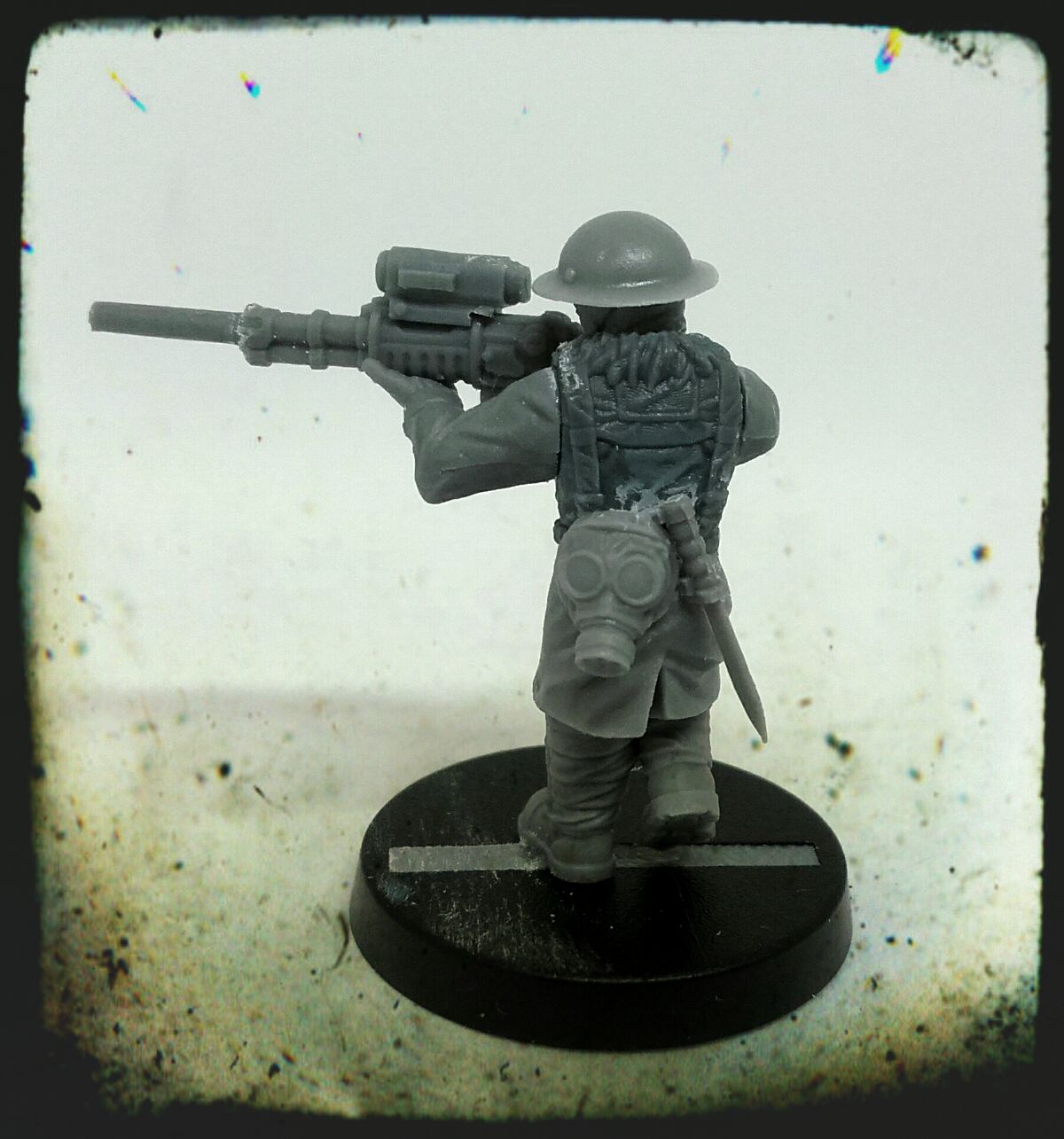 Now for the actual squad write up. It has 35 points to spare that I need to figure out but I am pretty happy with it so far. The Sargeant and a shotgun veteran split off into one team and the other two shotgun vets go the other way. The lasgunners move in two man teams and the sniper covers every one.