Gargoyles on the walls of Lord Heka’s silver tower opened their mouths and screamed the call to arms, over and over again. War was coming … again … 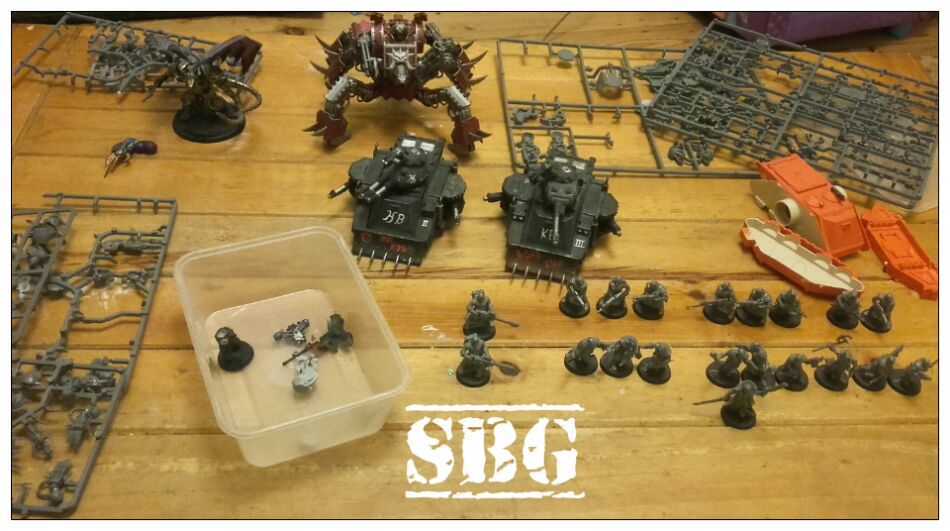 Lord Heka is mustering his troops for 8th edition and I need to get moving. So while this picture isn’t the army itself, it is instead what I want to build/repaint to get the army up to scratch.
The list is:

So pretty different from what I have tried before but I have spent an age working out a list I thought was going to be fun and still achieve something.

Plus old school predators, real metal! That have a fair chunk of weight to them. I was sure I had another flamer for the cultists, I may need to repurpose one from some marines.

I think it is a nice mix of units, some chaff, solid troops, some hard hitters. Close combat is were I fall down the most. Both the Demon Prince and defiler can hit hard, if they ever get the chance. Plus the army all fits with my background for the army.

The defiler is going to be fun to convert!