Who doesn’t like a Talos Pain Engine running across the board at you? Well my friend Raven_Sean loves to help people out with that. He is here to showcase his recent Engine.

is even called “The Lament Configuration” after the famed puzzle box from the series. Which was why I was surprised I had never painted the most cenobitey (is that a word) of Aeldari models the Talos Pain engine.

I guess I had always feared that my personal skill would not do the gorgeous plastic kit justice but I overcame the fear and got stuck in, after all as Pinhead once said “it is not hands that call us, but desire“. 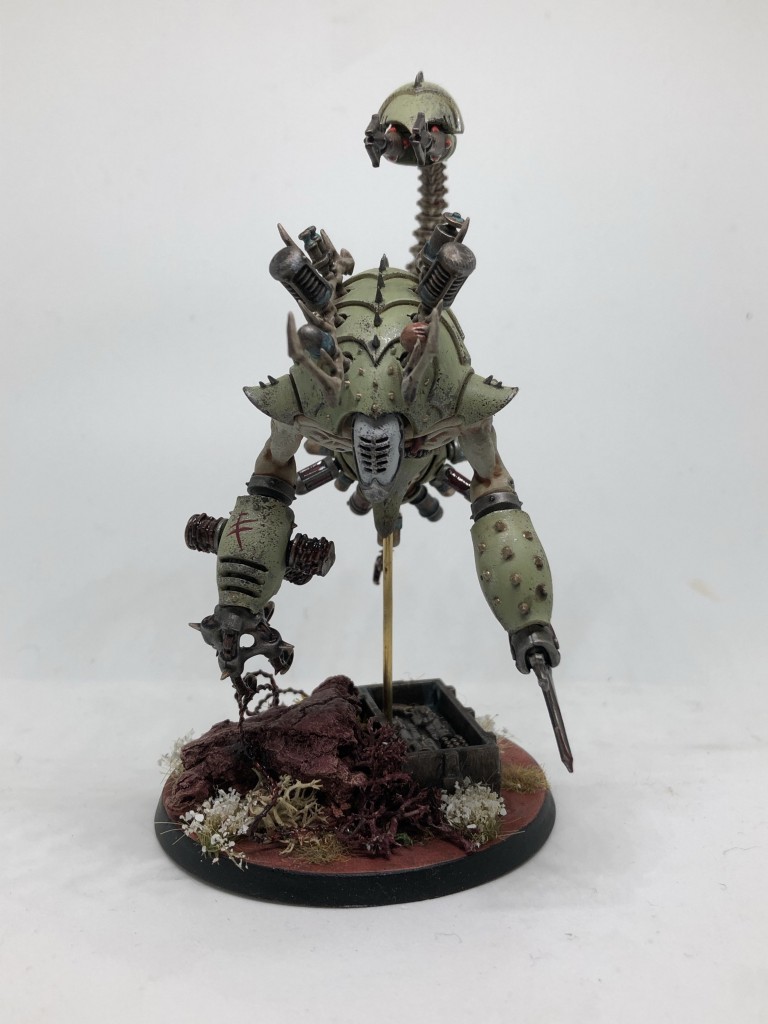 primer. Usually I work from a grey primer but I have found the necrotic flesh gets the sickly pallor that contrasts with the dark metals to give a mortuary or horror feel.

I strictly used brown washes on the non-metallic areas and blacks on the metallics for a colder look. The green plating was then worked with bone tones and weathered to make it look worn and alien. The weathering done with tried and tested stippled GW Rhinox hide and Leadbelcher. 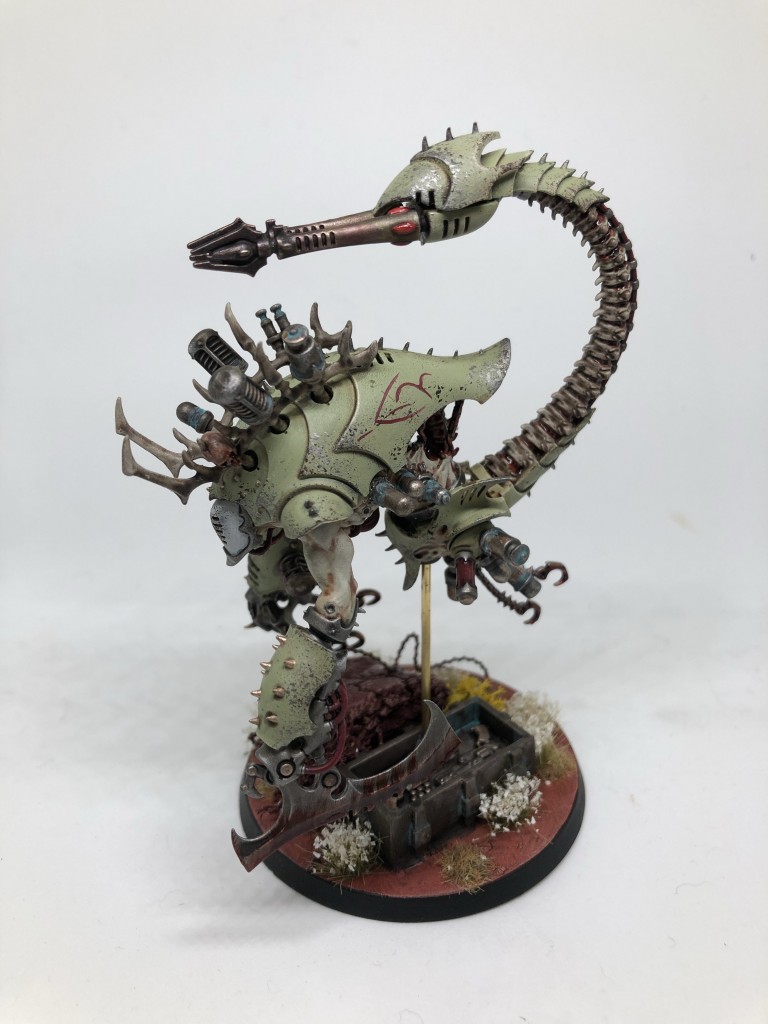 the model is so segmented between armour, machine and flesh I worked through everything section by section.

The Flesh I used the ironrach skin tones that GW produced as they have a green hint in them but then washed with red to tie the red and green theme of the whole army together in one place. 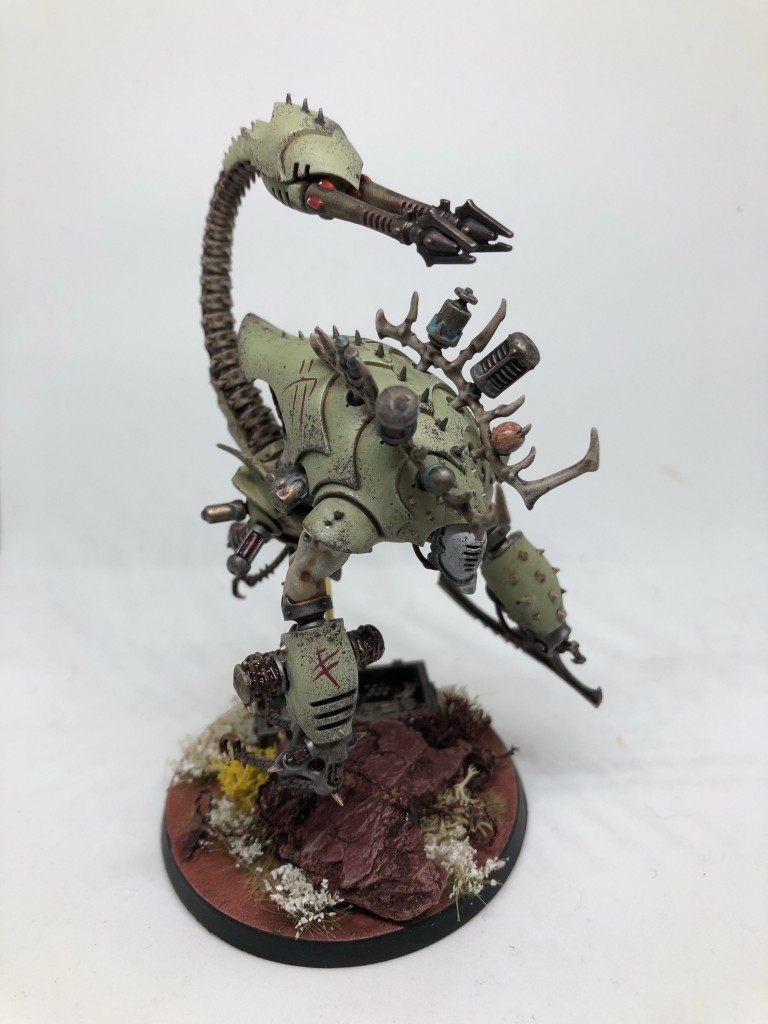 The metallic parts were fairly standard nuln oil with silvers and then my absolute favourite paint GW Sycorax bronze as a highlight and contrast colour. Sycorax bronze is a tone I have used on all my Aeldari models.

Bronze tones are often very warm and Sycorax bucks that by being having a more silver cold quality and is very thin so good for colour blending over other silvers. I use it on the Talos for the valve heads with a little touch of Nihilak Oxide

for the ancient death machine look. 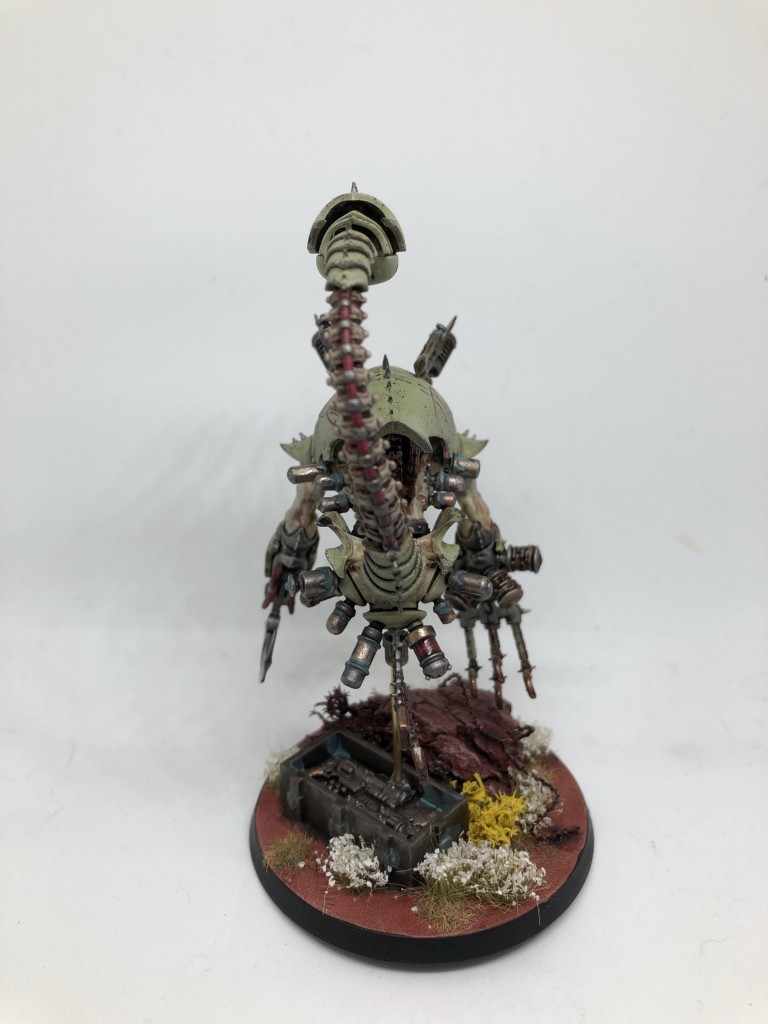 The bone parts were a simple drybrush work through up to screaming skull. There is a danger the model can look too undead rather than a living monument to suffering. To give the feeling of organic yet horrific life I used a simple trick.

technical paint quickly added a wet hint of viscera hidden beneath the bone. I also added heavy blood effects to the weapons and chains. Blood effects are great but a common mistake I see with them is too much being used (I have been guilty of this).

Most commonly i see this when people have tried to build up an area by just piling the effect on. Rather than that try using a little Rhinox hide or and dark brown on the edge. This gives the appearance of older built up areas of gore. This is best seen on my Talos on the exposed spinal cavity under the carapace.

I used a lot of red for gems on my other elder and dark reds for cloth. The Talos lacks these features (with the exception of the guns) so I worked red into the piping and coven insignias to form a cohesive force with the rest of my army. 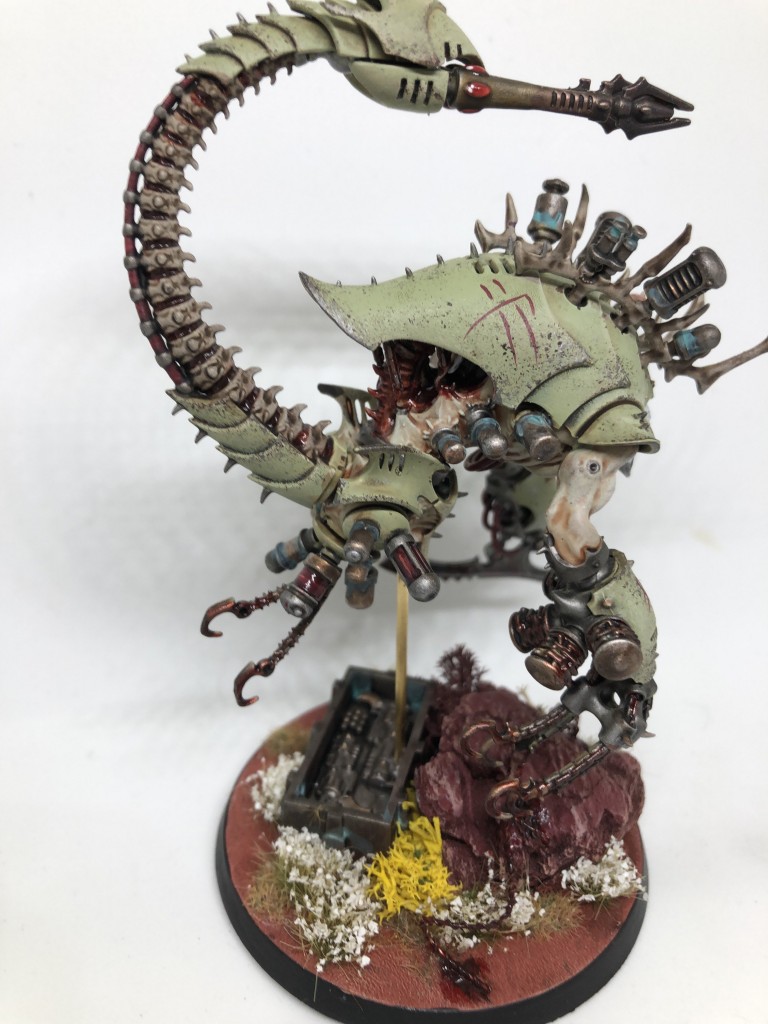 Lastly the base. I despise GW flight stands so a decorative base with a brass rod is easy to achieve. A 60mm round base is about right for the Talos. I used the excellent Greenstuff World blossoms and some autumnal lichen. This gives an organic look and contrasts the red desert earth. The bloodied razor wire continues the horror theme.

So until the next time. What is your pleasure…