#Squaduary 2019 has come to a close and it has been a wonderful event. Lots of people cheering each other on and pushing each other over the line. We have had a fantastic set of entries, from returning veterans to new entries. People have worked across blogs and social media to make grey plastic and resin into battle worthy miniatures. 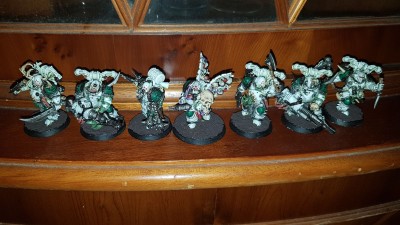 Done to table top standard but done in time. Painted over 1k of Deathguard infantry this month so I’m not unhappy with this result. Now only 4.5k left of my nurgle forces to go. 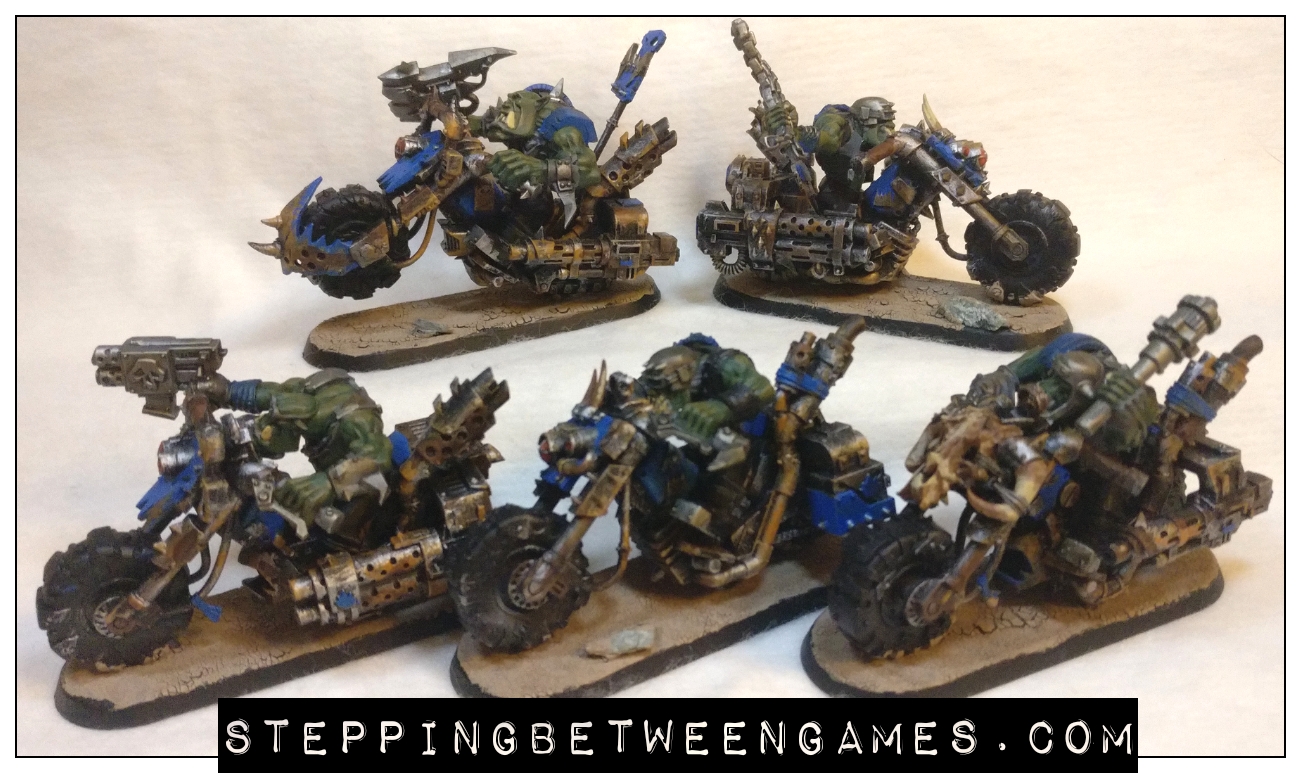 The Sons of AnOrky are complete! Well until I get some more of these bikes, they were great fun to do up and paint. Hopefully I managed to add some character to them. I kept the colours close to my other Deathskulls, very dingy metal and bright blue.

Time away from the painting table has been challenging this month. This squad has provided much needed relaxation time, they were; good to build, lent themselves really well to nice blend of colours, been a joy to paint and have provided the first squad in a new force to work alongside my Inquisition Detachment.

I like the way that I’ve given my genestealer cultists a rag-tag industrial look as if they have just cobbled together things that they had to hand, I also like the fact that the cult icon is tarnished since it would not have been looked after as well as it should have.

Overall I’m very pleased with my genestealer cultists and I hope that next year’s squaduary will be just as fun.

So, the Drukhari. Spikey, scary, fiddly, bloody awkward little beasties to paint. Well here’s a second pack of Hellions to join in to my army. I’ve got little doubt that they’ll be haring round the field being absolutely shot to pieces in no time flat.
It’s been a good Squaduary. I’ve completed my pledge, helped FunSproggy with his (just tidying up some bits, and helping with the colour choice – this is the first actual squad that he’s done) but I also took the keen generated in this event to do a box of Kabalites into the bargain.
I’m now just picking through the bitz from one of my Venoms to create some more wyches before I go to GW and pick up the Severina Raine model (I don’t need another Commissar, but I do need that model).

Anyway… here’s my Hellions. Orange is a pain in the backside to pain, but (as I mentioned to Thor) they stand out somewhat when compared to most other Drukhari you see on the table – and that’s kinda cool.

Thanks to Rory for organising another excellent Squaduary – and well done to all the participants. 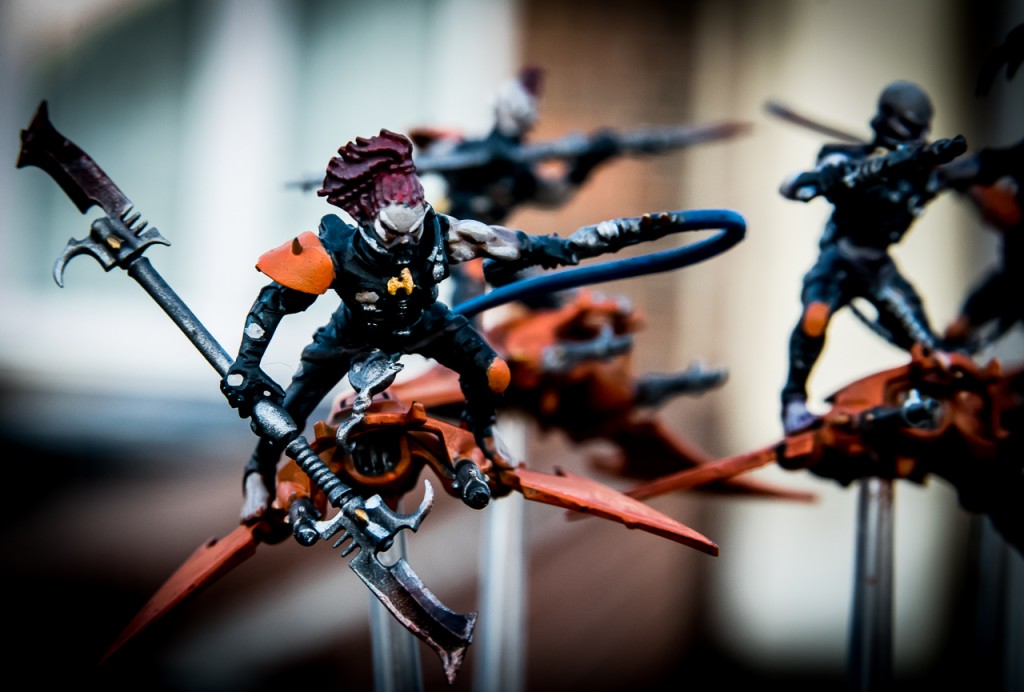 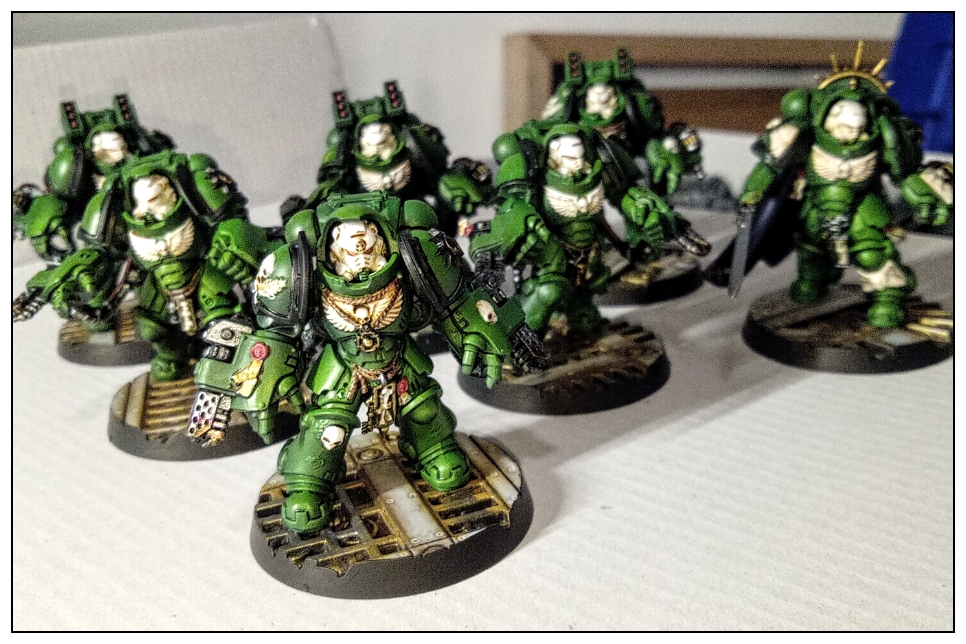 Done, used every cheat in the book! This is literally the first squad I’ve gotten painted in years so it was great to have a target to aim for to keep me going. 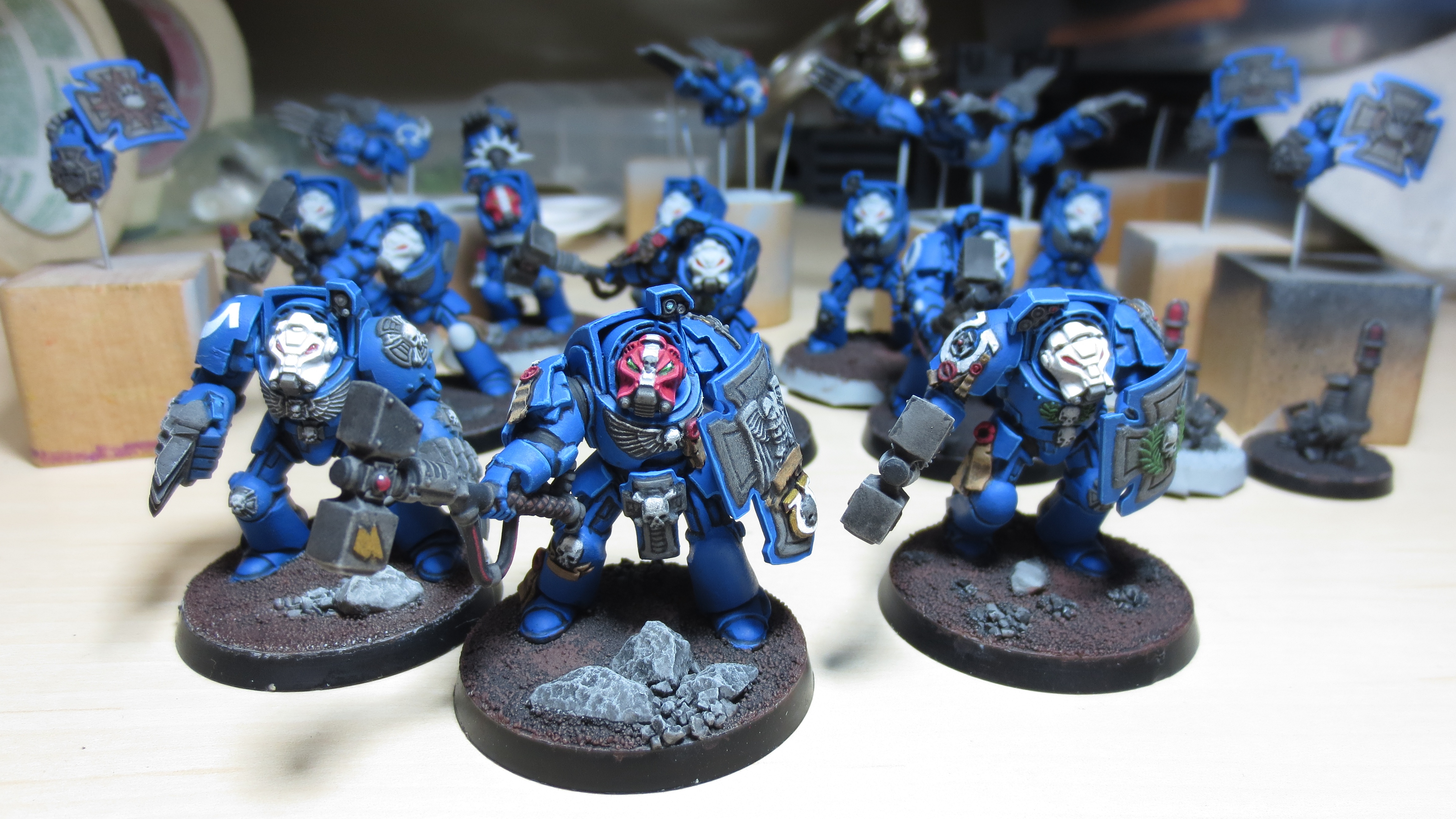 My very disappointing results for #squaduary. Only 3 of 11 got any where near complete. 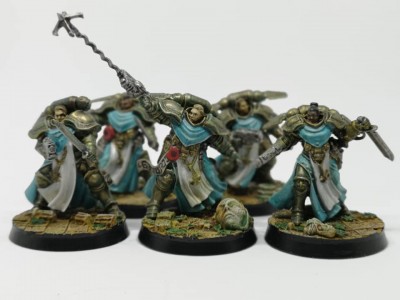 And I’m going to call these done.

They were a whole lot of fun – my first proper kitbash using Stormcast and Reiver bits. Two of them needed a fair amount of greenstuff to fill in the chest parts (they were the stormcast with two handed crossbows) and also for the purity seals. The bases are from https://shop.microartstudio.com/en/ 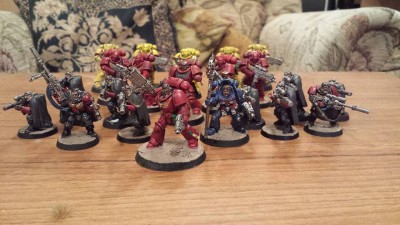 Mostly done – 1 squad of interceptors, 1 squad of hell blasters, 2 squads of scouts, plus some characters. Just the odd touch up, some transfers and the occasional base element left.

Half done – 4 additional squads of scouts, 10 death company, 10 Sanguinary guard, a flamer predator, a furiouso and another squad of interceptors.

(Thor has a complete post on this team on his site Creative Twilight, with a comprehensive breakdown of how he painted them.) 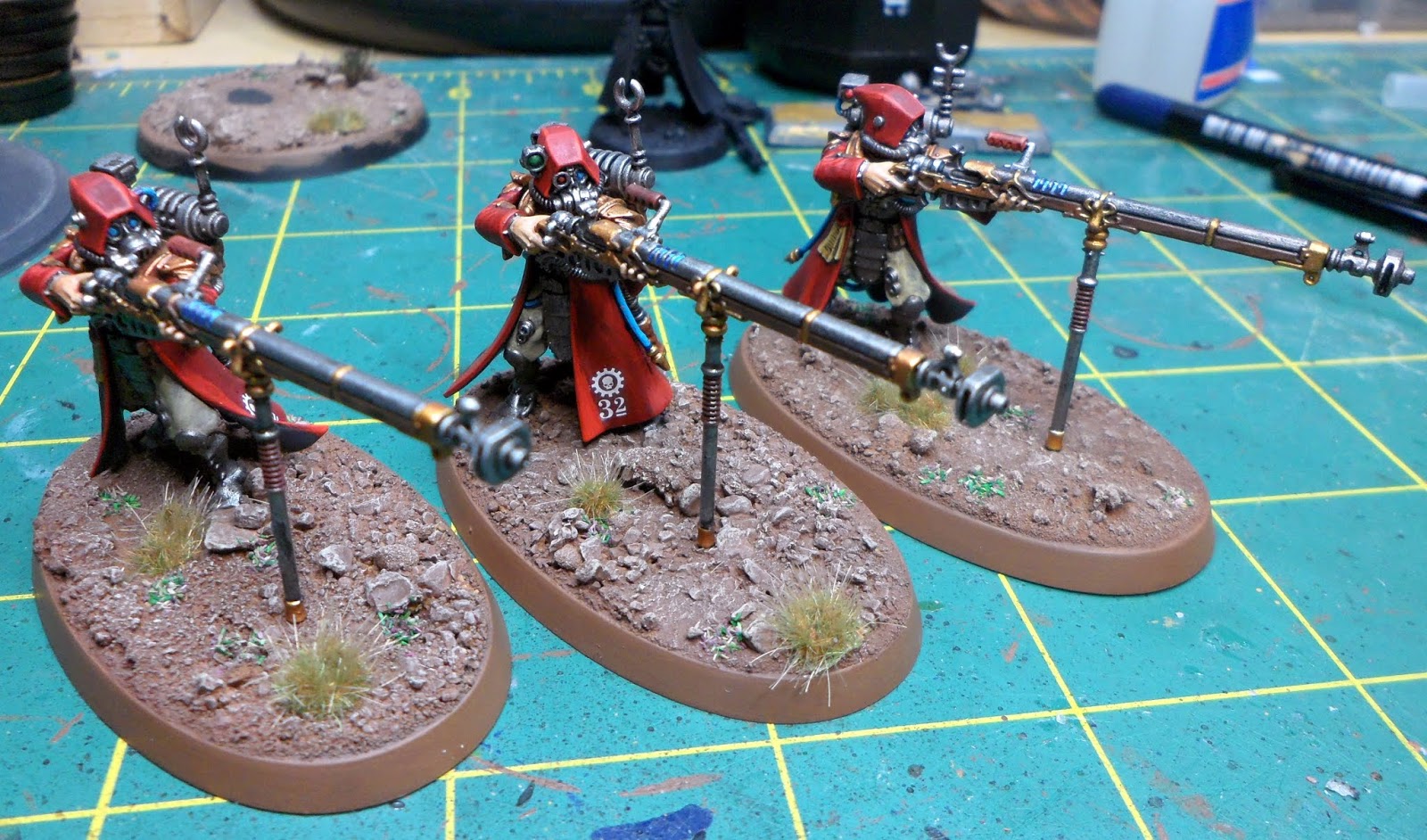 I completed the Vanguard Skitarii Squad a week early and as promised I continued to progress with some more Skitarii whilst Squaduary was still in full swing. 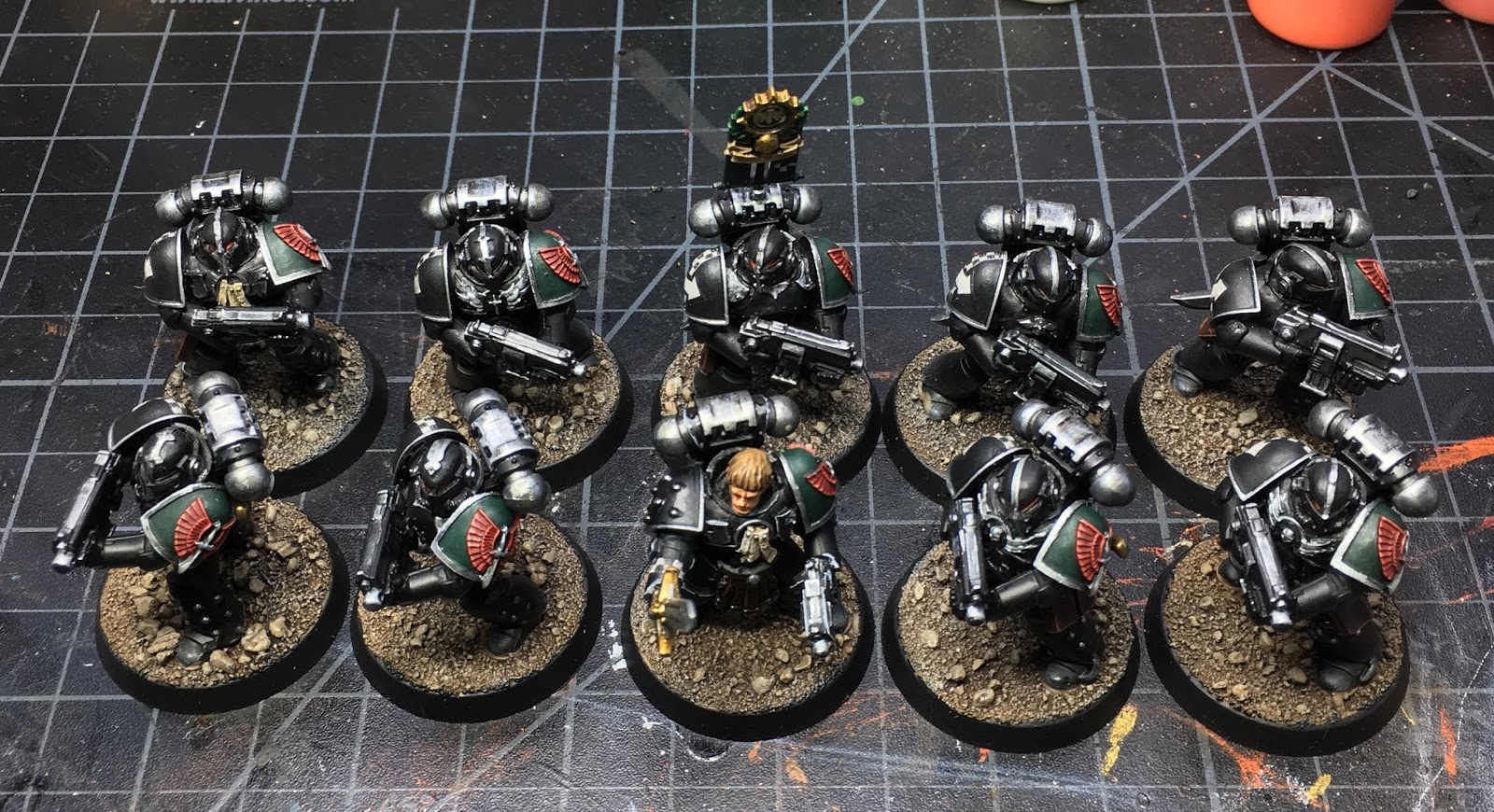 We’re in the final day for Squaduary. I completed my pledge last week and decided to take up the second tactical squad that I had not finished in January. They had come along nicely, but were missing highlights and the sergeant’s head was unpainted. 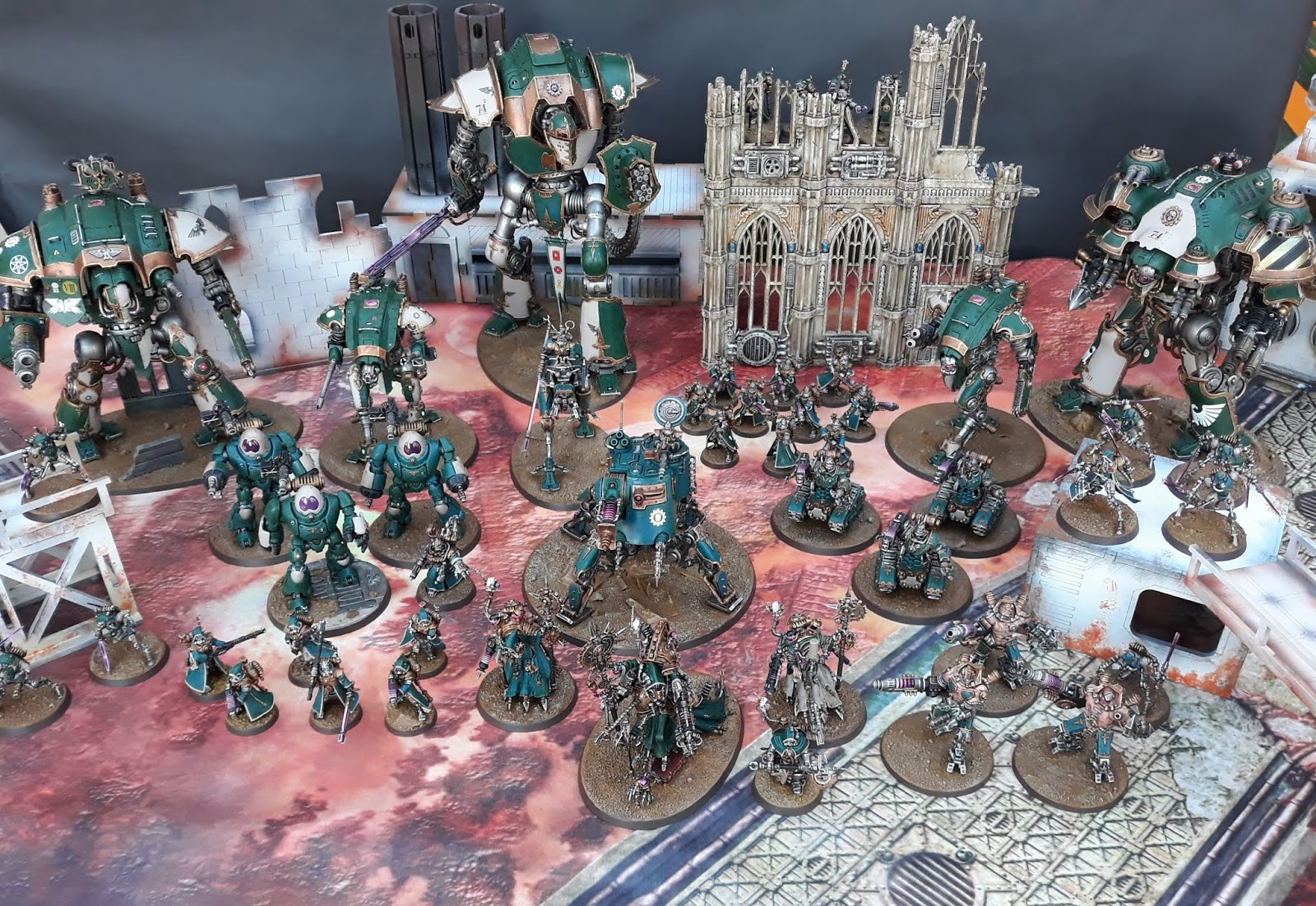 (Ed finished last week, so here is a lovely shot of his current collection with his Squaduary pledge sneaking in)

Continuing with the Squaduary challenge, I’m going to show you the pictures of the skyweavers painting process.

(Check his link for his process on creating this look. – Rory) 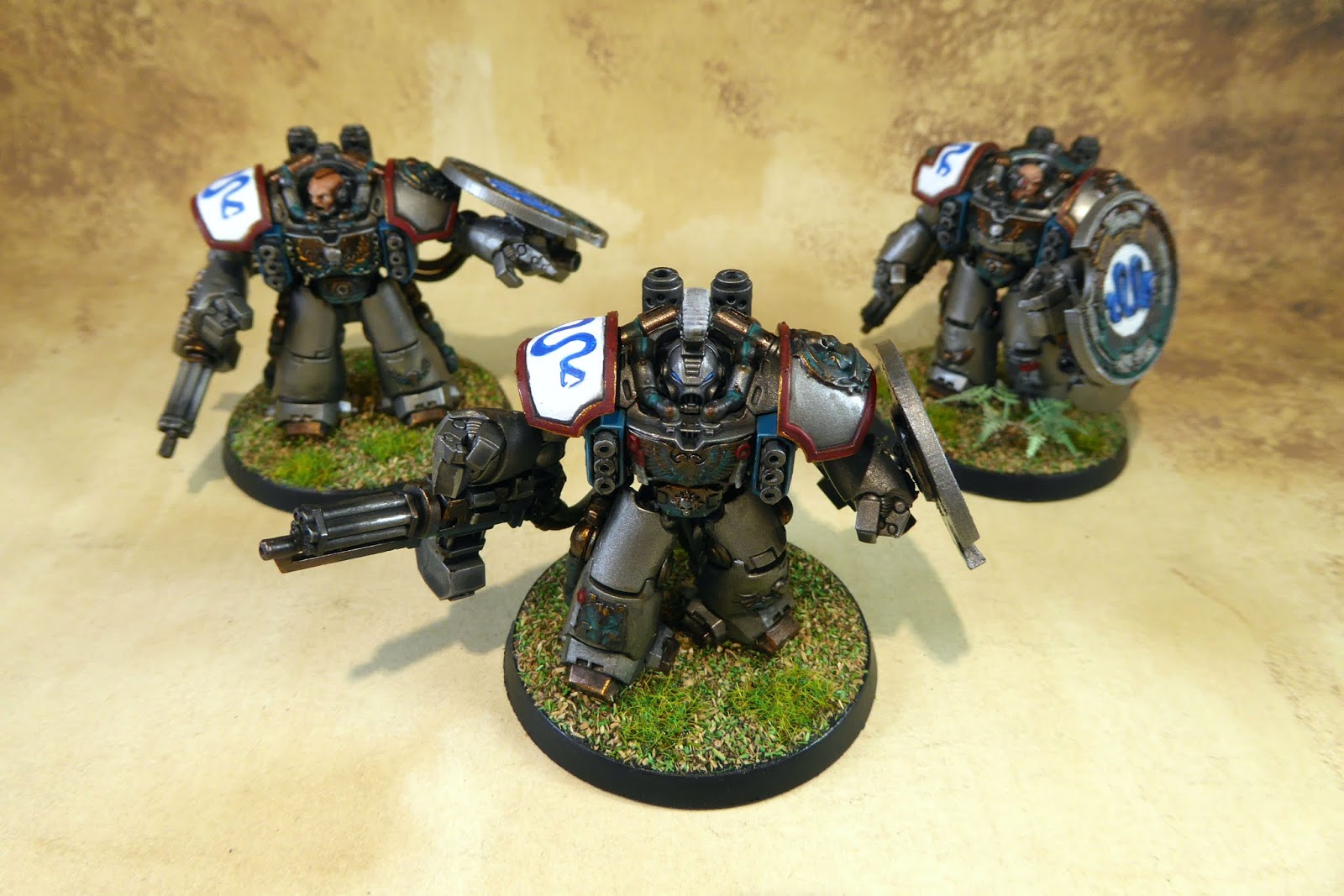 I worked on these Centurions as hard as I could this February, but still only managed to finish three of them. At the start of this week I decided to split the project into two combat squads, when work really started getting on top of me. 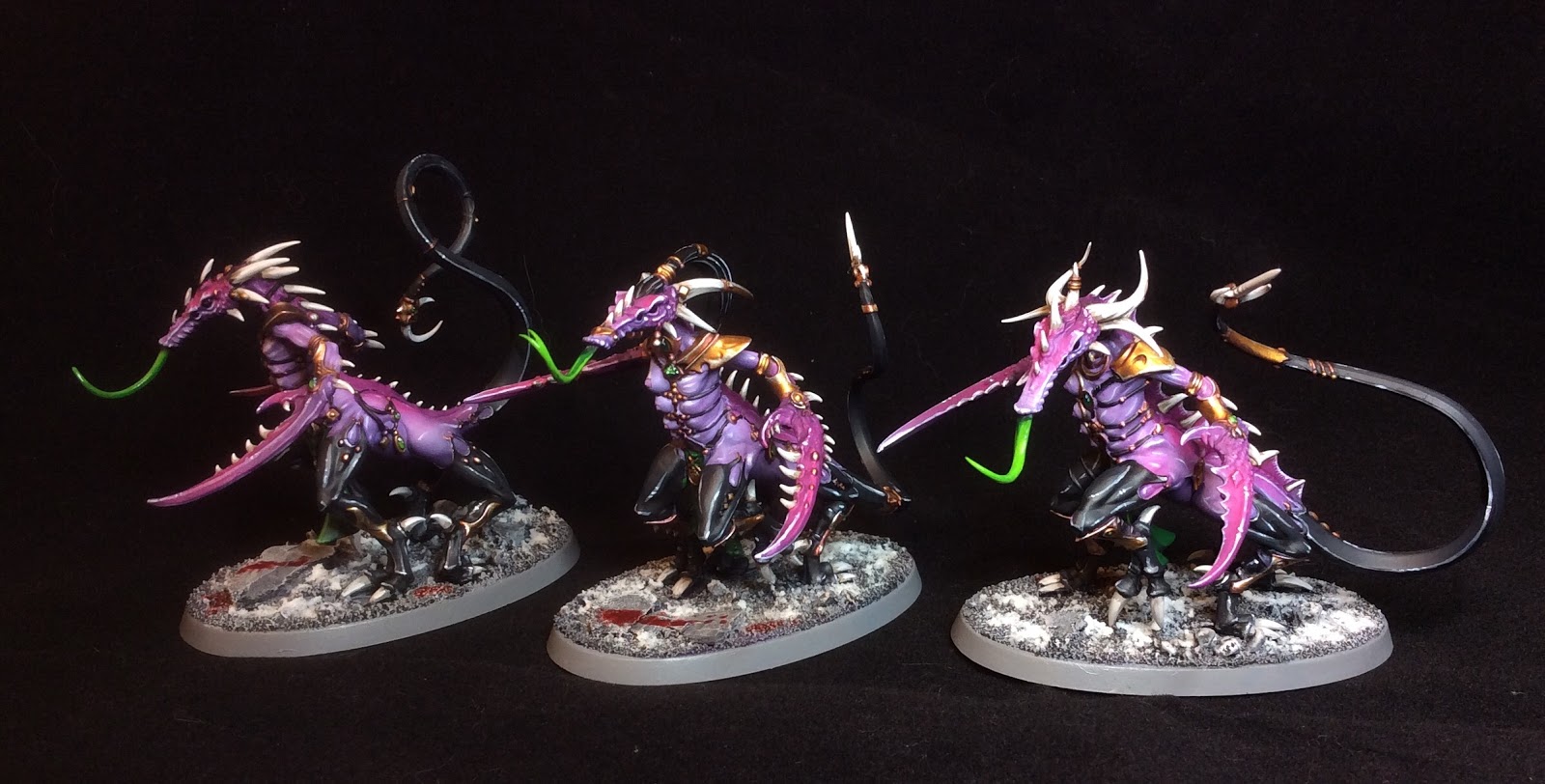 I’ve painted a unit of 3 Fiends of Slaanesh. These are the new plastic models from the Wrath and Rapture set that came out recently. I can’t really comment on the rest of the set though, as I bought these on eBay for just over £20, which I think is a pretty good deal really. They’re a really nice kit; with some excellent detail, and a lot of little features to be appreciated. In particular, I really like the sort of cute sea-horse side view of the heads. Something about it just works well when combined with the rest of the model. I also like the classic backwards legs and other twisted physical parodies on these models that echo the originals nicely.

#wipwedensday got a little more done on the zombies (which are currently my favourite minis to paint btw) and some more on the ghouls (who have become my least favourite…) I’m still toying with the idea of starting them again… #squaduary #painthammer2019 pic.twitter.com/Yi7HOupjvx

We are done for another year. Thanks to all who took part and encouraged others.