The Storm Lords are a successor Chapter of the White Scars and I decided to paint one a challenge by Chin Squig on Twitter. Since the White Scars are big fans of mounted combat I decided on a Captain mounted on a bike. Since I was going this route already I went whole hog with a Thunder Hammer and Storm Shield. The results of that are below. 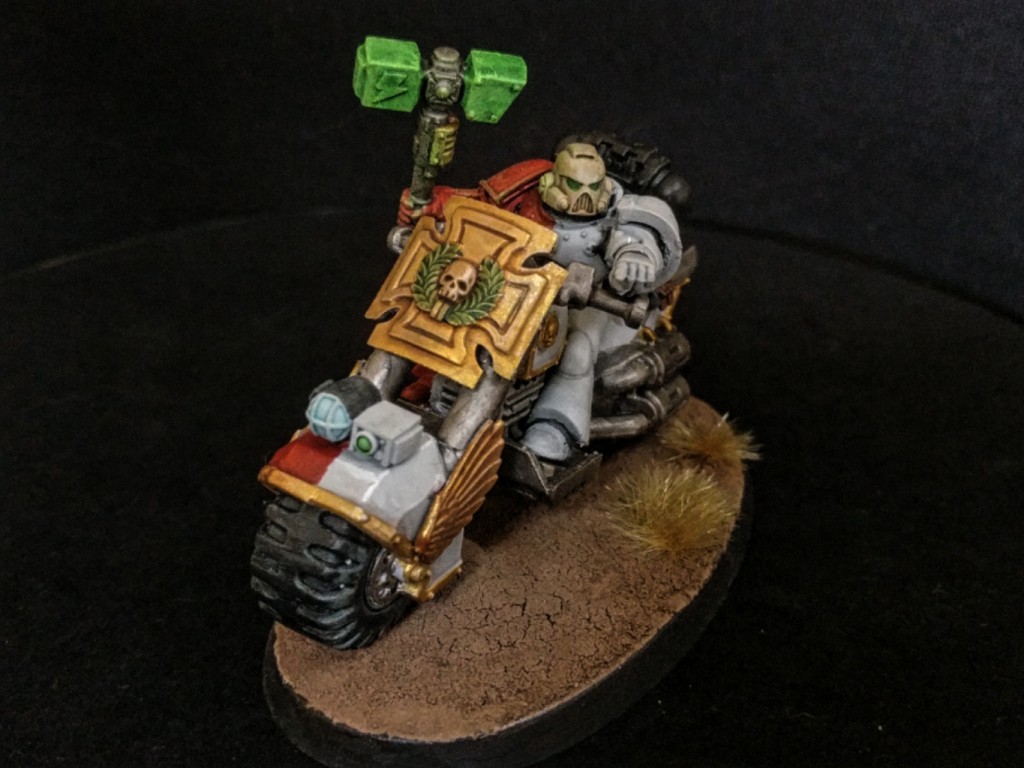 So I wanted to make this bike a little more custom, as such I extended the shocks on the front. Not much, just a touch, I didn’t want to overpower the basic idea. Removing the gun shield and the bolters themselves I mounted the Storm Shield by the handlebars.  I just don’t see even a Space Marine using a shield and hammer while riding a bike at the same time. 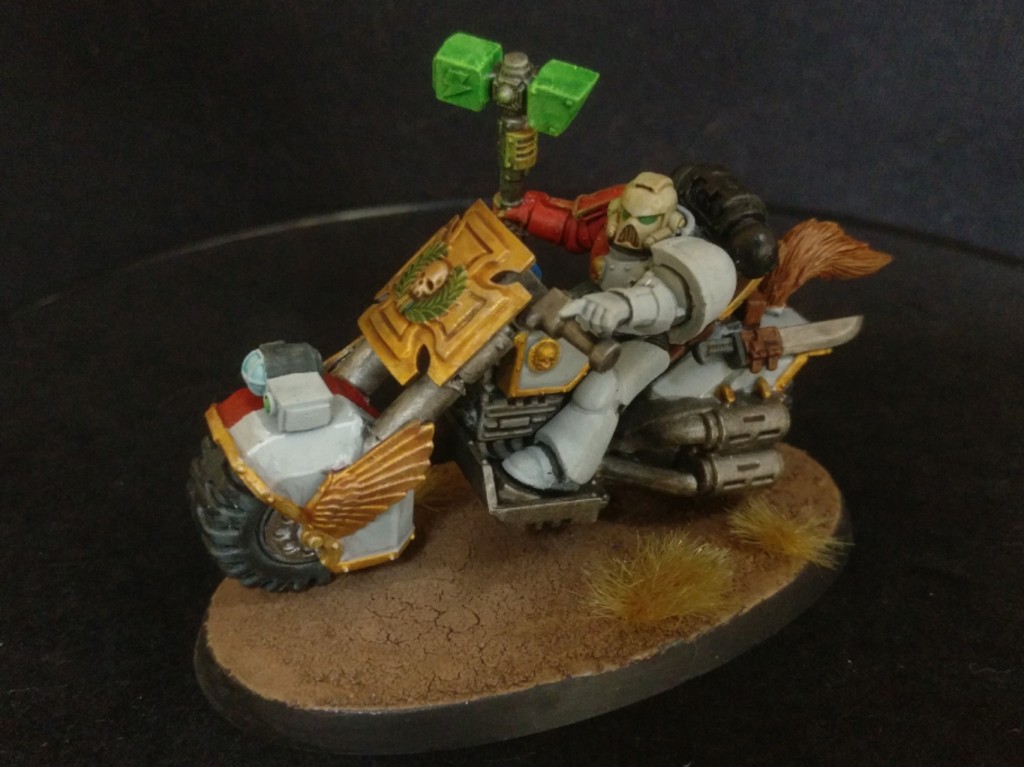 To harken back to the Storm Lords roots of mounted horse warfare I added a mane to fly from the rear. Although I might be removing that, not sure on the look. 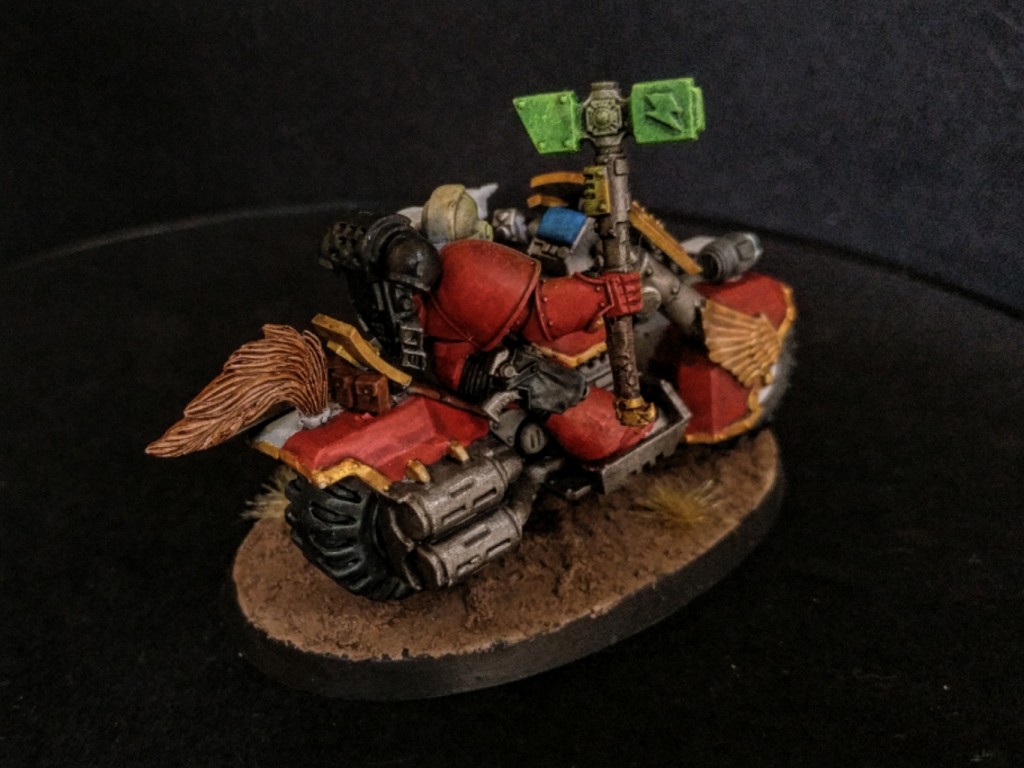 Finally I took some time and made a little video with a full rotation of the model. Still finding my feet with video editing though, so excuse the sketchy looks.

Don’t worry Necron fans as the Dynasty Clash will return soon, once real life gets kicked into shape.