This is the fourth in a series of articles by my friend Allen Stroud: an author, university lecturer and long time Warhammer fan. So over to him:

“With the re-organisations of army lists with force charts, the Aspect Warriors are dispersed amongst the different categories. Most Eldar armies have a selection of them

Warp Spiders were a new discovery for me when I returned to Warhammer 40K. I bought the original metal versions and still use these. I managed to pick up a second Exarch and kept the spare Warp Jump Generator for my other projects. Generally, their mobility provides flexibility for the army on the table, but a lack of armour penetration with their death spinners makes them an infrequent choice on the table.

My Warp Spider models are currently undergoing a repaint. Occasionally, I don’t manage to get the colour scheme to mesh for some reason. That was the case with these.

However, the Warp Spider Exarch with his jump generator provided a weapon option for my Autarchs. Later, when I created plastic moulds for different parts, the jump generator was one of the first things I cast.

I’ve some plans to expand the Warp Spider group to include some other poses. The casting of the jump generator helps with this, but I still need a solution for the Death spinner.

With a blue colour scheme to my army, it felt right to make my Shining Spear Aspect Warriors a contrasting colour, which was why I went for red. The bikes saw a fair amount of use during the fourth generation of the rules, but I have used them much since then. 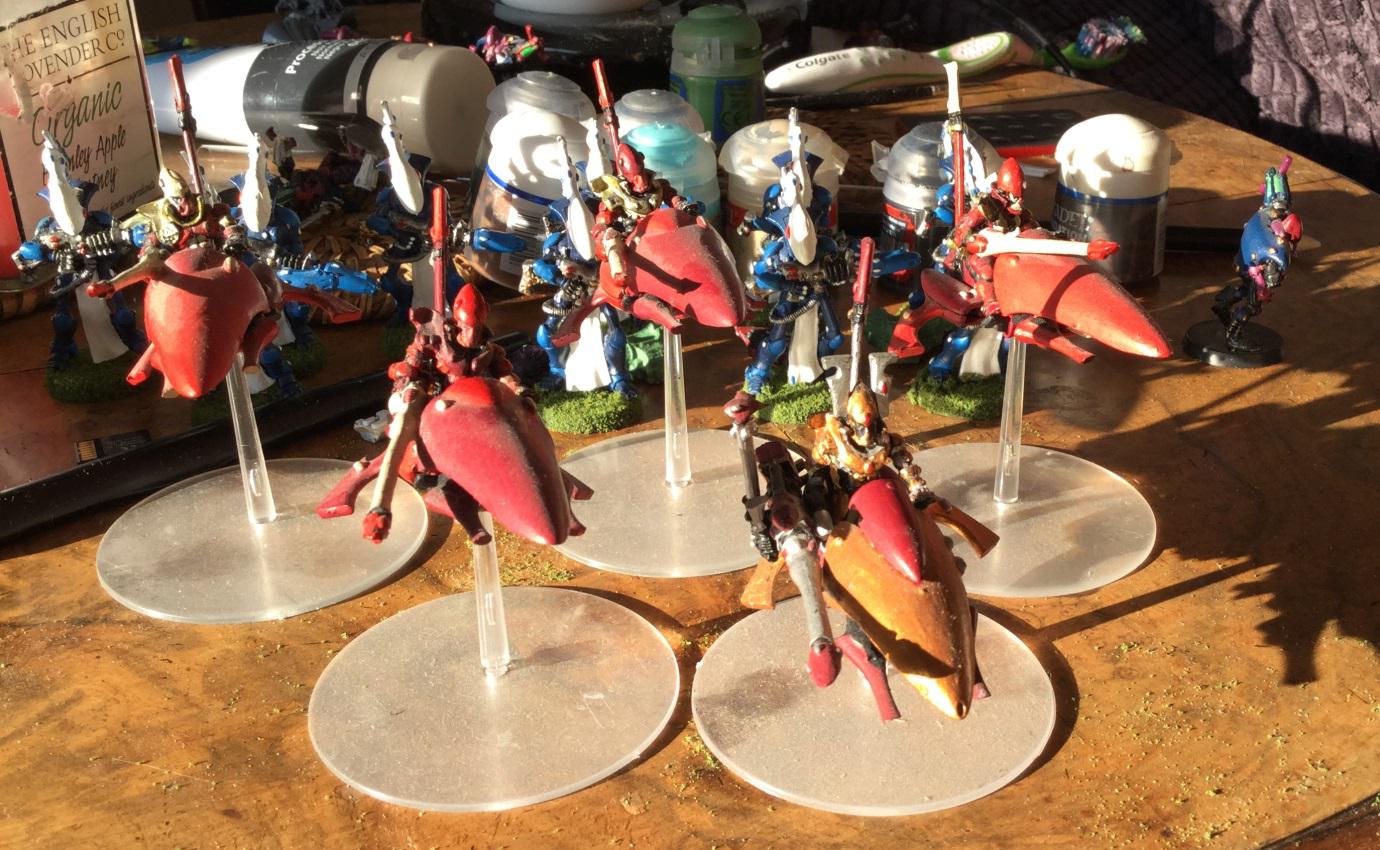 These models are the original Shining Spear boxed set, a set of plastic Guardian Jetbikes with the white metal extra parts for the Shining Spears. The Exarch of the squadron was painted when I planned to field a massive jetbike force and when the laser lances of the Aspect Warriors were much more powerful.

The Wraithguard were an amazing addition to the Eldar Army. These constructs, an evolution from the Ghost Warrior concept, provide a tough troop/elite option that can stick around, even if they don’t deal a lot of damage. The need for an attached Warlock (later Spirit Seer) to each unit balances their resilience with a exploitable weakness, although in earlier editions of the rules, the Warlock powers could also enhance the unit.

My Wraithguard are the original metal models. I would be looking to supplement these with the new plastics at some point. My constructs have white added to the two-blue colour paint scheme of my Craftworld.

Back in 1990, I didn’t purchase the original Eldar Scouts. Later though, I picked up some of these classic models after a tournament battle at Gaelcon when another player used them effectively against me. When the new Eldar Rangers were released later, I converted my original scouts to fit into a unit with these new models.

The new miniatures are a bit larger than the original ones and the lasguns have been replaced with ‘Ranger long-rifles’. A small conversion to the muzzle of the older weapons makes them fit and a unified paint scheme helps them look like a unit.

A small conversion to the head of this Eldar Scout, removing the topknot and adding the hood differentiates it from another model of the same pose. Both have been give new backpacks, one from a support weapon Guardian, the other from a Catachan jungle fighter. 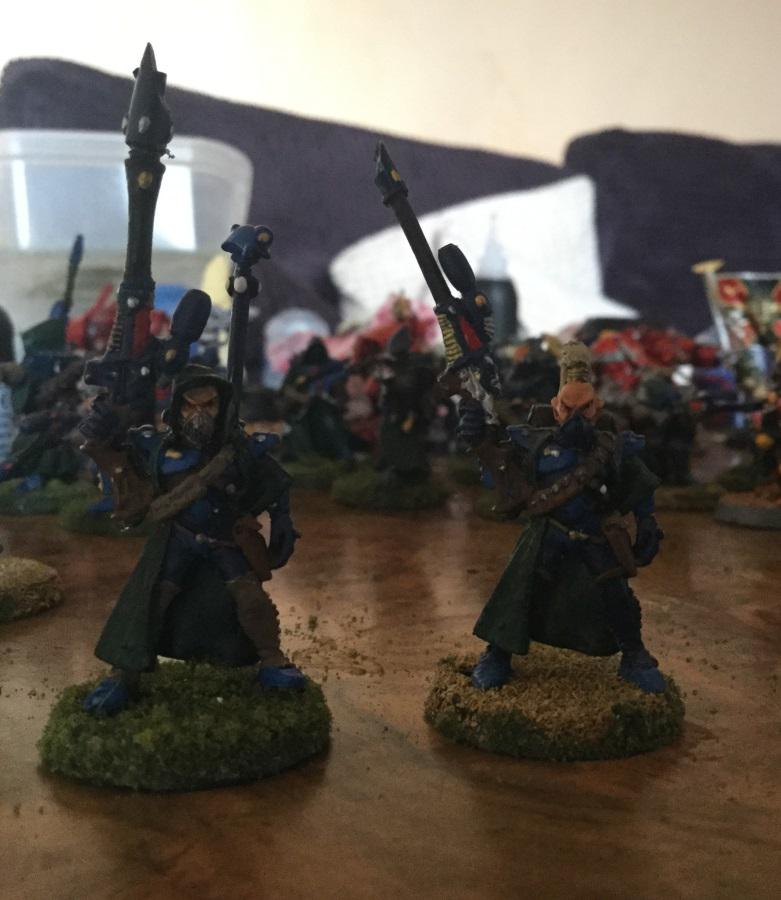 I’m particularly pleased with the Rangers as a group of models as they all seem to be different individuals, but are bonded together by their green camo coats and the uniform armour underneath. The Prathrannor colour scheme is similar enough to the iconic Alaitoc colours, so the Rangers look particularly distinctive.

Next up, we’ll start discussing Harlequins.