After a long break due to becoming a father of a beautiful little girl, I’m back with a new army list for you to look over. This time I am going to talk about my current project; Nurgle Daemons. So rather than a pipe dream army list, this is the list I am currently fielding. 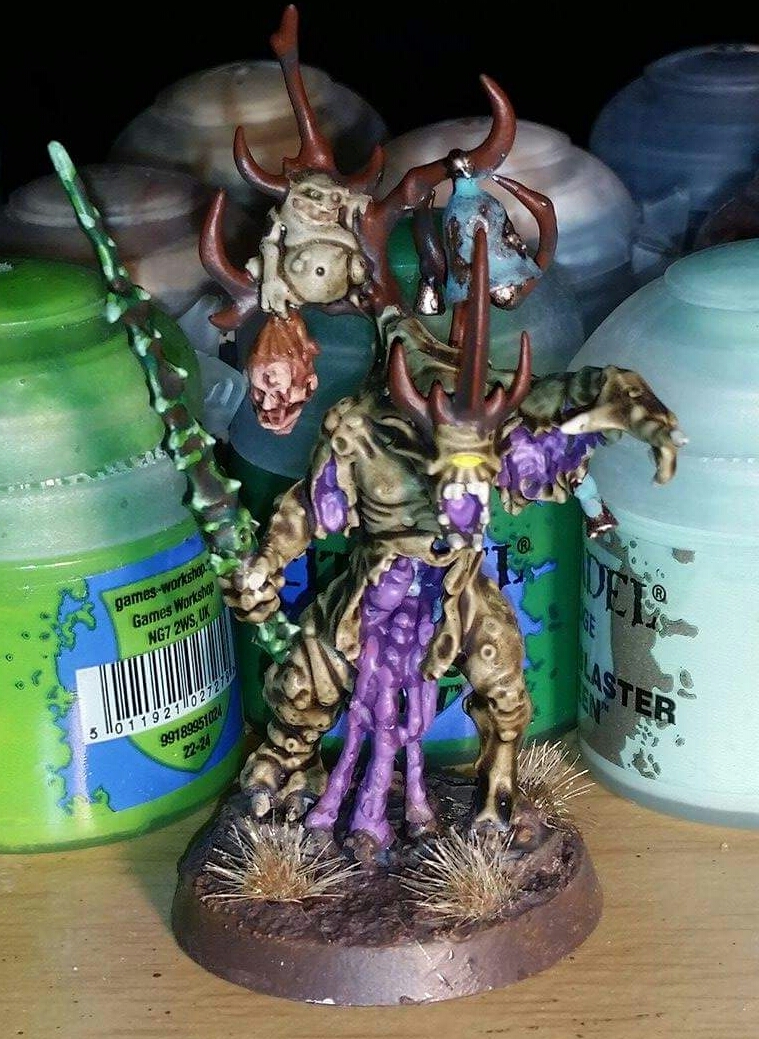 My friends have started collecting mono daemon armies, with one collecting Khorne as part of his WorldEaters/Daemonkin force, a heavily converted and themed Tzeentch list and finally a very fast and deadly Slaanesh list. Not wanting to miss out on the action I have put together a mono Nurgle force.

The list was designed to play a very different game than my Admech war convocation or my GK strike force, namely to run a horde army, with no shooting and lots of tough units. Now onto the list itself:

Daemonic Corruption – Any Objectives controlled by a unit from this detachment count as being controlled for the rest of the game even if you have no units within 3” of them. This control can be removed by enemy units taking back control and “cleansing” the objective.

Patronage of the dark gods – daemons from this detachment can generate all their psychic powers from the appropriate daemon list and can ignore the chaos focus rules if they do so.

Unearthly power – You can add 1 or subtract 1 from results on the warp storm table.

Enfeebling Nausea – At the start of each assault phase any units locked in combat with a unit from the tally band must pass a leadership test or be -1 Strength and -1 Toughness for that phase.

Harbinger of Nurgle – If the herald has a Daemonic icon it affects all from this formation who are within 12” of it.

Dubious Command – At the start f the assault phase the Herald may select a unit and roll a leadership test. If the herald passes the unit can reroll failed charges and gains +3 attacks per model until the end of the turn. If he fails the unit must charge the closest enemy.

Harbinger of Nurgle – If the herald has a Daemonic icon it affects all from this formation who are within 12” of it. 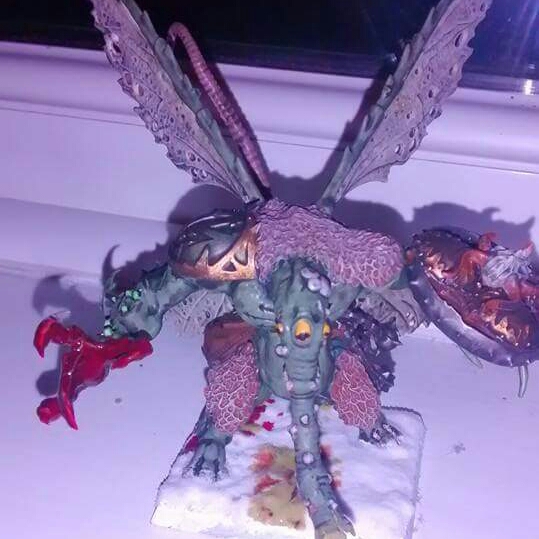 This list is designed to be tough. It does have many hard hitters but between the 12” bubbles of Fnp, 5++ inv saves and high Toughness across the army even at a base level it is pretty resilient.

Gifts wise the Herald with the bell will take an etherblade for AP 2, the second herald will take the Book; for that wonderful +2 to inv saves on a single unit. The plague bringer unit champions in the plague drones will all take etherblades for some fast and tough AP 2 damage (that always wounds on a 3+ due to their rot proboscis).

The daemon prince will take the Bale sword as one option, poisoned attacks and instant death with AP 2 due to being a monstrous creature, then roll his other greater and lesser rewards for some random gifts.

The Doomsday bell is a fantastic Item I have found as it reduces the leadership of all enemy models so long as it is on the battle field, even if they are fearless or ISKNF. This means the Tally Bands Enfeebling aura (which works on fearless models too) and occasionally fear tests are more likely to go in your favour, and armies that rely on leadership tests for special rules will be at a disadvantage (Sister of battle and Imperial guard come to mind here).

The Tally Band scial rules are amazing for a core choice: Immune to overwatch is a strong move. Add to that that any unit locked in combat with a unit from this formation can potentially lose a point of str and toughness means that humble plague bearers can really do some damage. The enfeebling Nausea rule effects all units except vehicles, even if they are fearless as it is a straight charteristic test based off the units leadership and not a fear or pinning or morale test. Combined with the Doomsday bell mentioned above it can sometimes swing a combat massively in your daemons favour. 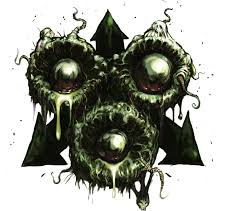 The Rotswarm special rules are less impressive than the Tallyband ones but the units are all toughness 5 and are either Beasts or Jetpack Cavelry, making them very fast. The potential for +3 attacks means they can be brutal in combat too.

The Order of battle is pretty simple. All units start on the table (occasionally I may DS in a unit or 2 of plague bearers for objectives in enemy deployment zones). The heralds hide in units of plague bearers, covering as much of the army as possible in their bubbles of FnP. The Nurglings infiltrate onto objectives across the board, ideally ones in cover, so they benefit from shrouded to survive. The plague bearers march up the board on mass, presenting a lot of targets with the beasts supporting them (for their amazing counter charge ability) with the large plague drone models speeding around flanks and moving up to support the nurlgings.

When in charge range (usually turn 2) for the beasts and drones and nurglings, the nurglings charge in as they are immune to overwatch, followed by the drones and any nearby beasts, concentrating on one or two units at a time to make the most of their attacks. The heralds support the advances with powers from the Malefic list as well as nurgles list. The daemon prince, as almost all Nurgle princes do, uses biomancy, hoping for iron arm for the sweet +3 toughness. He then hunts does dangerous targets, surviving with his 2+ jink, 3+ armour and 5++ inv to get in combat where he can wreck face.

It’s a fairly simple plan and so far it has worked. The formation rules mean that I have counters for gunline armies with immune to overwatch units and lots of resilience with the FnP bubbles. The AP2 ether blades mean that my fast tough units can wrack MEQ and TEQ. The plague bearers themselves provide bodies but also do well vs vehicles due to their touch of rust rule meaning that they always glance on a 6, so vs knights they become amazing, for 90pt units. Nurgle daemons also all have defensive grenades so can take a charge fairly easily (Khorne berzerkers hate nurgle daemons as they effectively lose Rage vs them).

All in all I tried to make a cool balanced yet effective army, without relying on cookie cutter list ideas (Kerios and the book and Screamer stars etc). So what do you think?