The fourth week of Dreadtober has arrived! For 2017 it even has its own Dreadtober site. Todd from Sincain 40K is the host for this year.

Not a lot of work done this week, mostly a bit of weathering and basing.

UCK! and GRUCK! were mostly well behaved and didn’t eay anybody’s face however they did complain that the weather wasn’t good for their complexion (they’re made of resin and kept chipping) so they got a coat of varnish to help them out. It’s given them a glossy finish which I’m not sure whether to darken down or not.

Anyway I think I’m in a strong position going into the final week, some final basing work to be done, and I’ll finally decide how and where UCK! and GRUCK! will fit into the model. 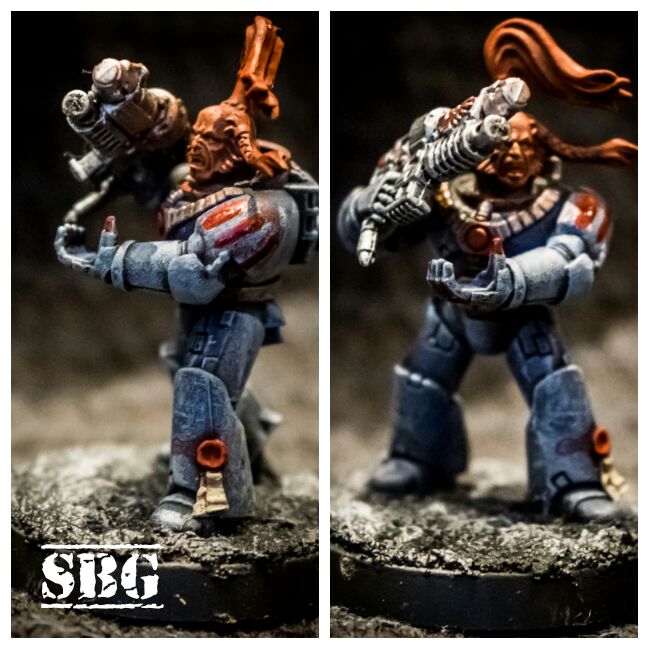 In other news the Wean (It’s a Scottish word, means child) decided to keep me company during my painting shenanigans and has thrown together his first Space Wolf, it was good to have the company. 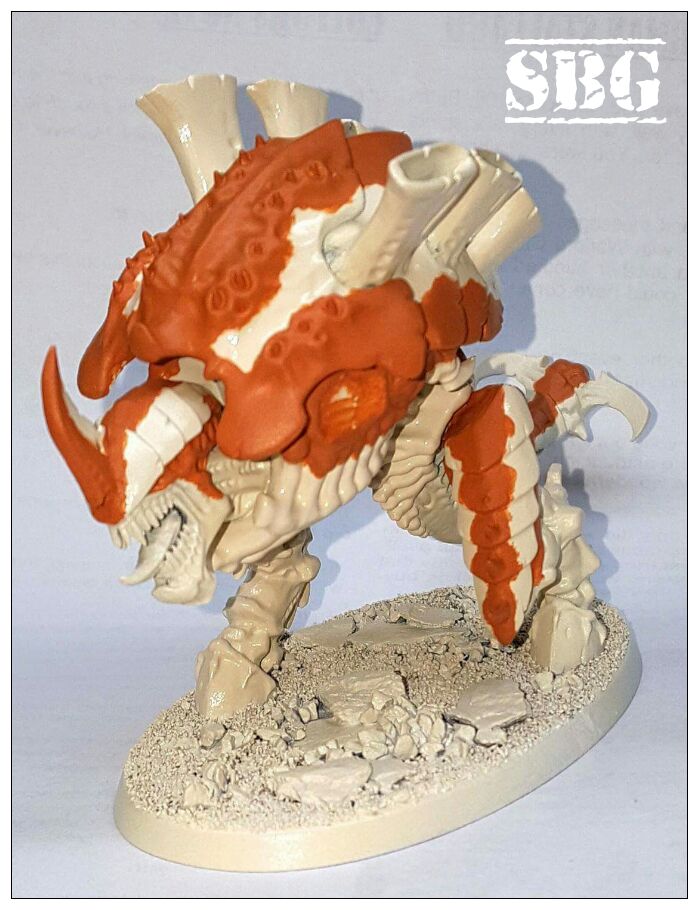 With the magnetising done, the next stage is to get the base coats of colour on smoothly and carefully. The (heresy) dipping will take care of shading on what was supposed to be a quick and easy colour scheme. Until I decided to add spots, now it’s anything but quick 😉 …

Double arms makes for really tricky positioning. They will look a tad odd. Downsides of building for gaming rather than display 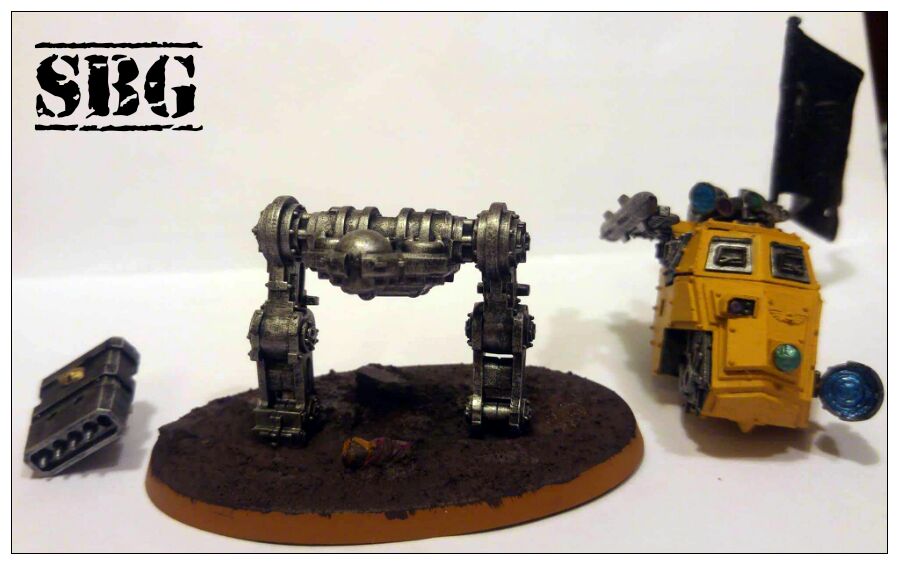 Some progress on base colour for the cab and testing pearl paints on the lights , getting there on the base too. Steady progress towards the end of the month! 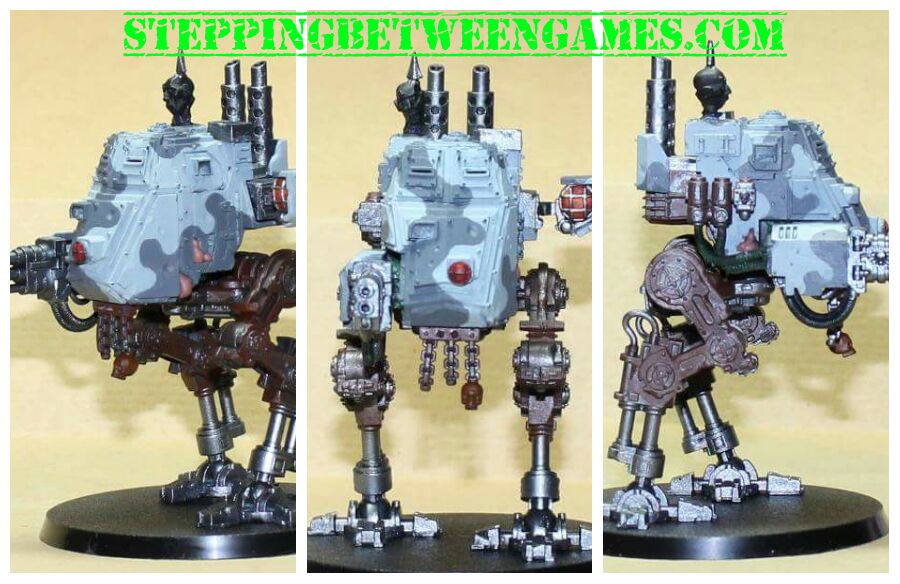 Not as much progress made this week as I would have liked, but it’s getting there. 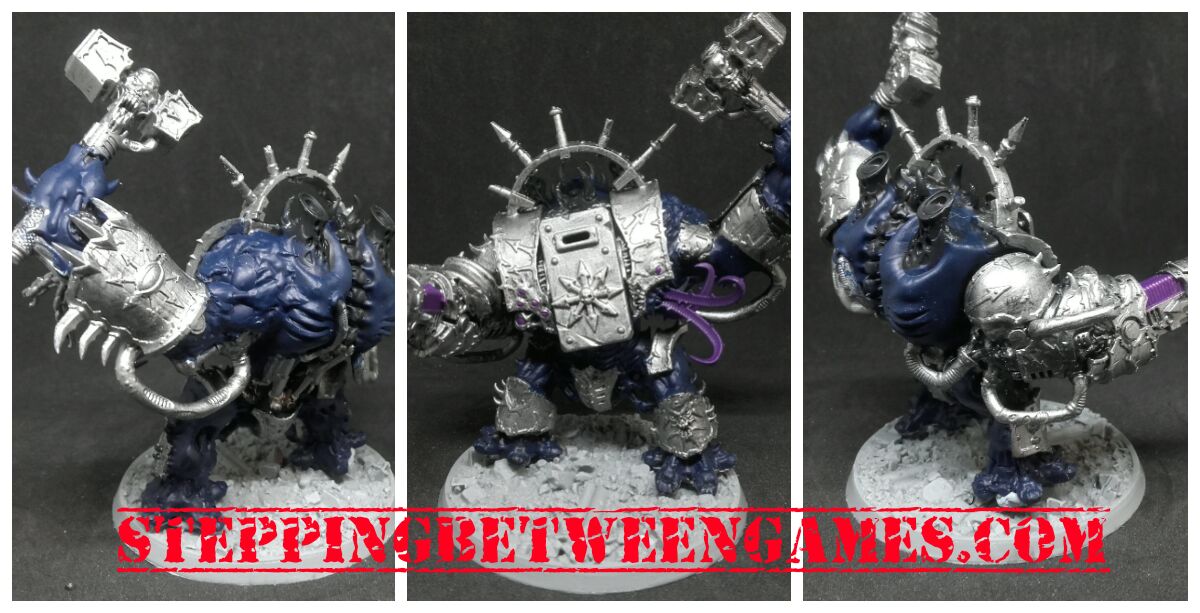 Oathbreaker is starting to come together. Some of the basic colours going on to start to give me an idea of were to go with it. I know people most likely expected me to go Thousand Sons blue and gold with this but I am waiting for a codex there first.

Also my base arrived! Delighted with it. Will do a review of my first ever resin base shortly. 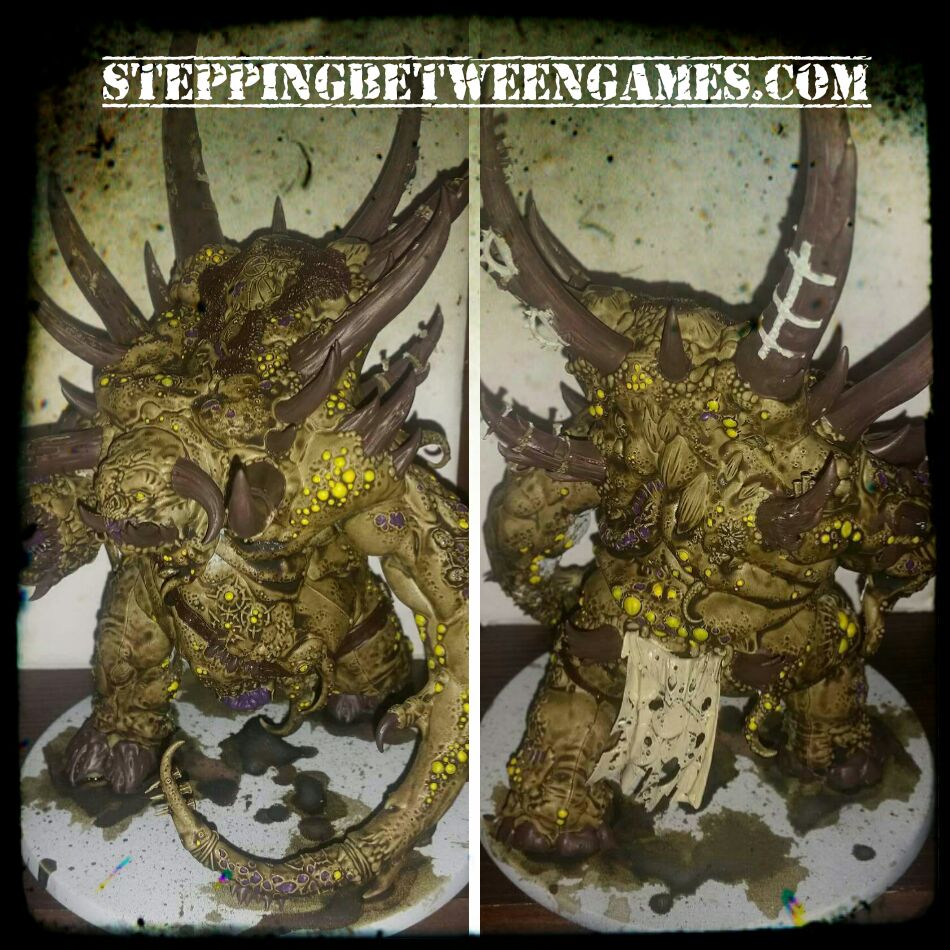 Base coats almost all done. I may have over stretched myself on this one. Still 1 more weekend to go and I should squeeze in a few more days before the end. It might get done…

Have to do the metal and bone base details and touch up the washes in areas where it ididnt settle well.
+++ 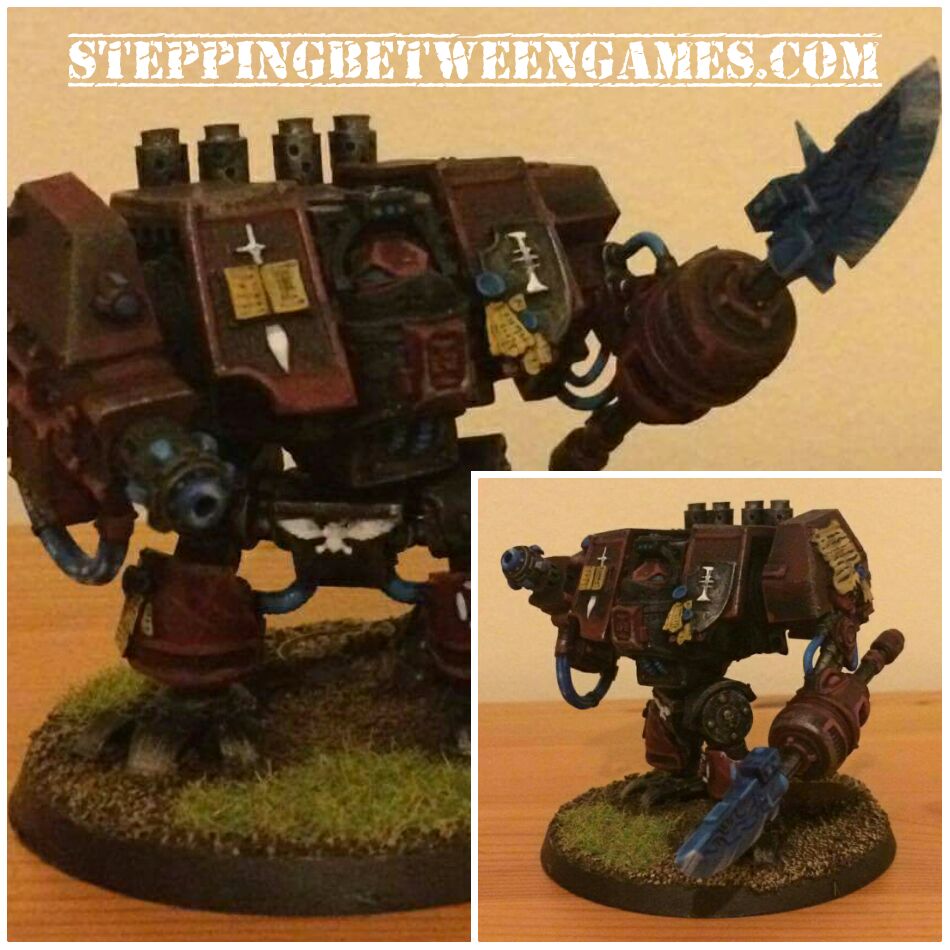 I experimented with a bit of a weathered look on this model and am generally pleased with the way it came out.

He’s fully magnetised so have lots of scope to swap in different weapon loadouts in the future. 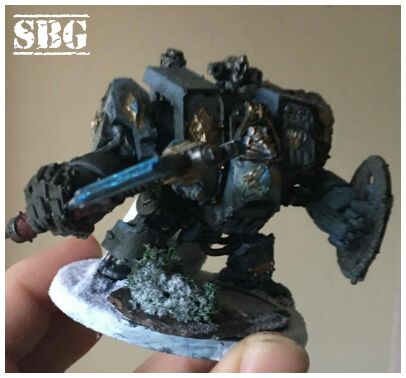 With some snow, foliage and a fairly large rock added to complete the base, I think I’m pretty much done. For a first model I’m quite happy. And you can’t prove that I’ve been back to WHW for more paints and more ideas.

So that is week four of Dreadtober, there is a lot going on in other blogs and Twitter feeds (using #dreadtober). Do check them out.