It has been a busy period, not only at work but also in hobby land. A chance meeting this summer convinced me that it was no good waiting to fulfil my dream of travelling to an event in England, so when I got the opportunity I seized it! Ever since, I have been painting like a maniac, desperately trying to get a full 2,500 points of something resembling a battleworthy force ready in time. The army is finally painted and all preparations complete, so I decided to chill out by typing up the next installment in the saga of my Iron Warriors.

Way back in July, Rory was kind enough to share the piece I typed up about my first major Iron Warriors project – the 30 Tactical Marines. Having completed this humongous task, I picked my next batch – 20 Iron Havocs! What was I thinking…?!

Two squads were painted, one with autocannons and one with missile launchers. The autocannons are Forge Worlds sexy Kalibrax pattern, while for the missile launchers I shopped around the local gaming club, quickly getting enough spare sets from the Calth box to equip an entire squad. Seeing as some greenstuffing was required, I decided to assemble the miniatures fully before painting. This fortunately worked out well, not causing any major headaches during painting. 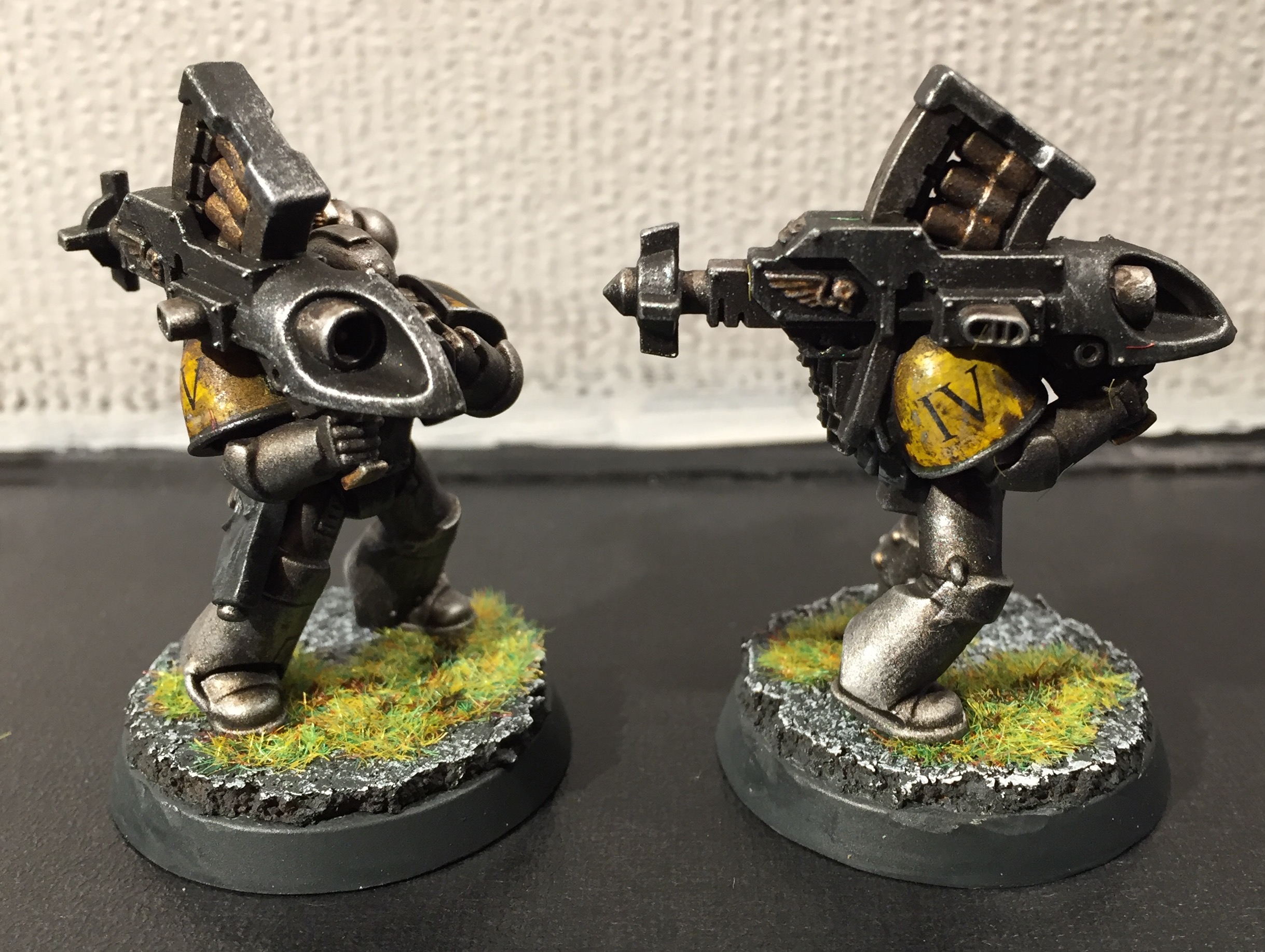 Based on a picture from one of the Forge World black books, I decided to reverse the colour scheme on the shoulder pads, painting them yellow with black markings. This turned out to work pretty well. 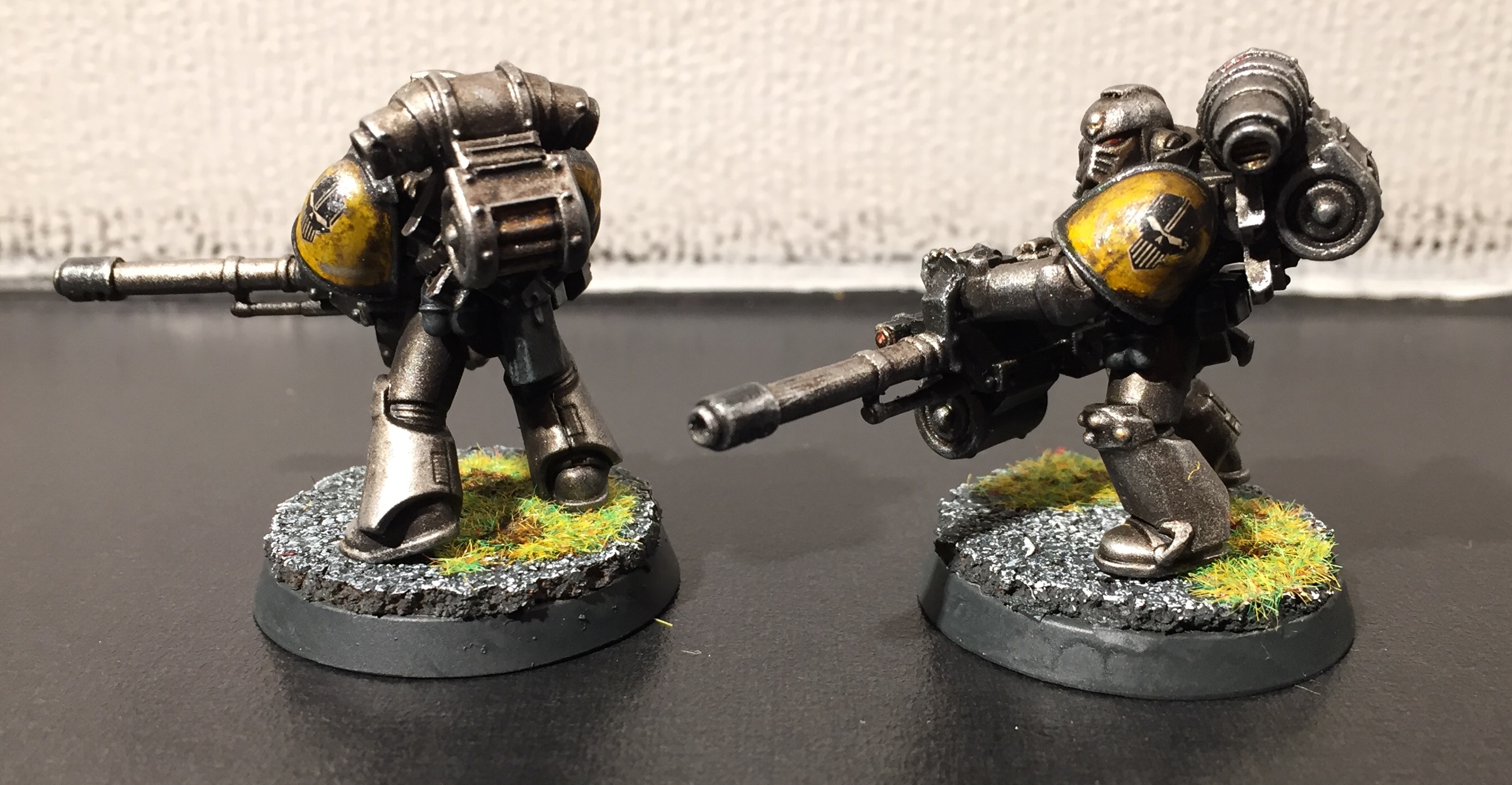 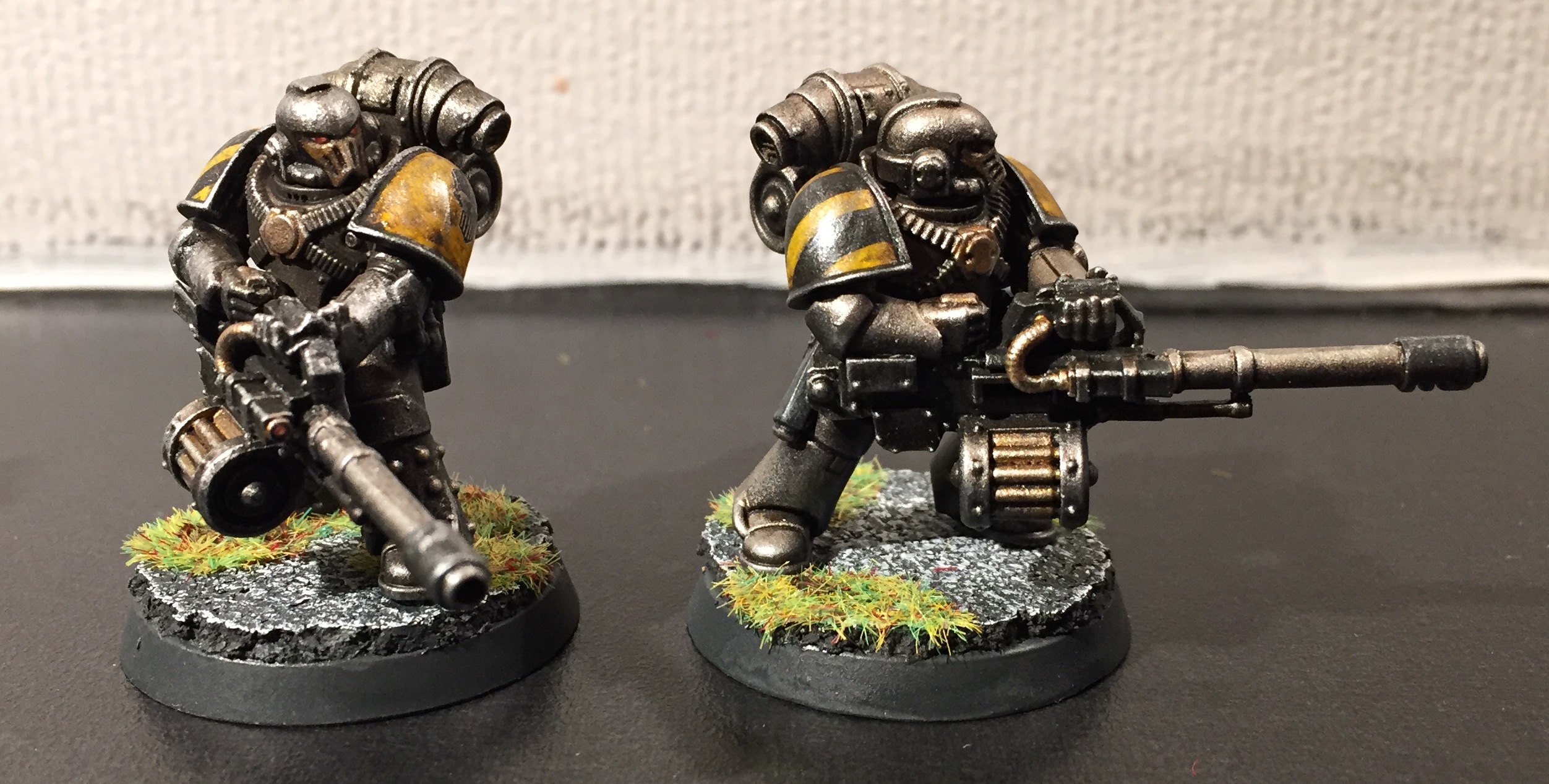 For the sergeants, I wanted to equip them with Augury Scanners, yet found the look where people use the 40k Space Marine Auspex kinda clunky. Instead, I used some spare terminator suit lights, gluing them onto the sergeants’ heavy weapons. To make them easy to pick out, I gave them a lick of yellow paint. 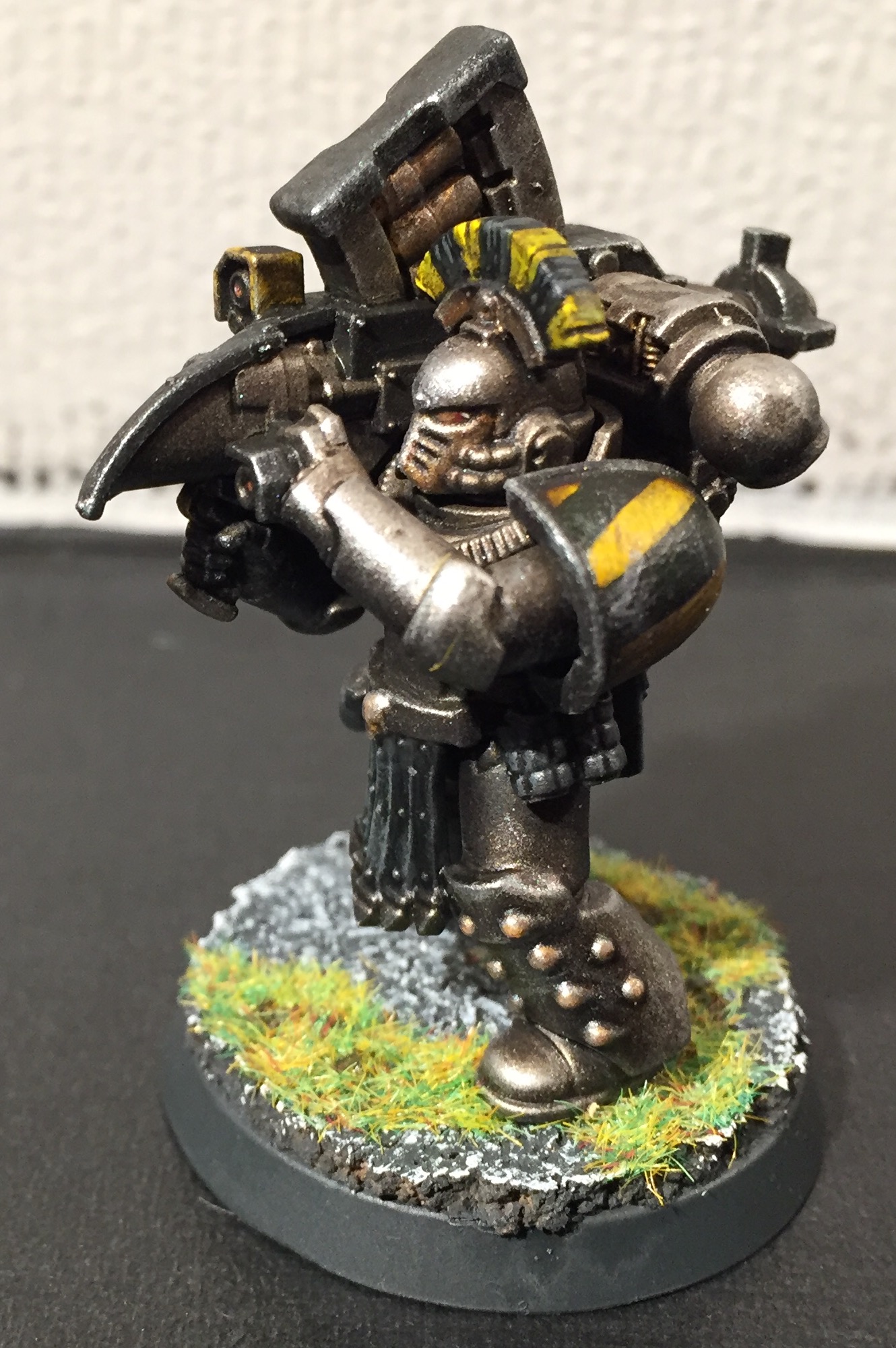 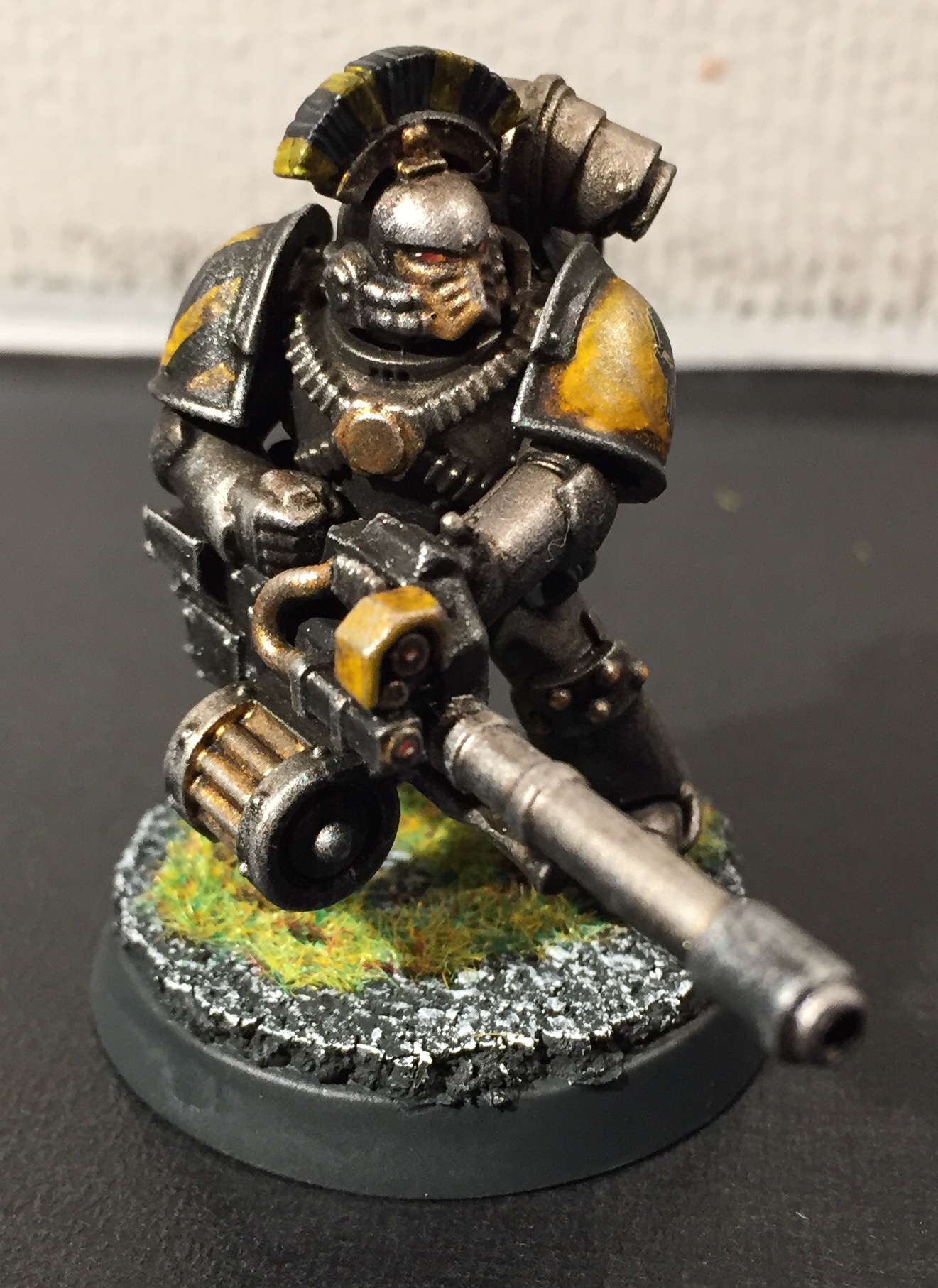 And there you have it. Cheers!