Well I have made some really good progress on my Fists if I do say so, just pop over to the last post on them to see how far along.
All the bases are done apart from static grass patches to be scattered around once I get rest of the painting done and the varnish. But all ten marines, five terminators and the Contemptor at least have the base colours down and quite a lot otherwise. Lots of details still to do but the eyes have been done on all but the terminators as frankly that is a really, really tiny slit in there to get stuff into it. I must have over filled the area.
This is the Breacher Squad sergeant and his two flamer marines.
As you can see I wanted to add all the little gubbins I could on and in particular give the sarge some WYSIWYG with either having a breacher charge or a melta bomb on his belt. Most of the rest of the troopers are armed with additional combat blades and pistols.
The basic bolter bearers of the squad, their weapons were only added after the chest harness were painted on.
Working on some heavy troops to hold the line, including a converted assault cannon to take advantage of the fact Imperial Fists can use them. 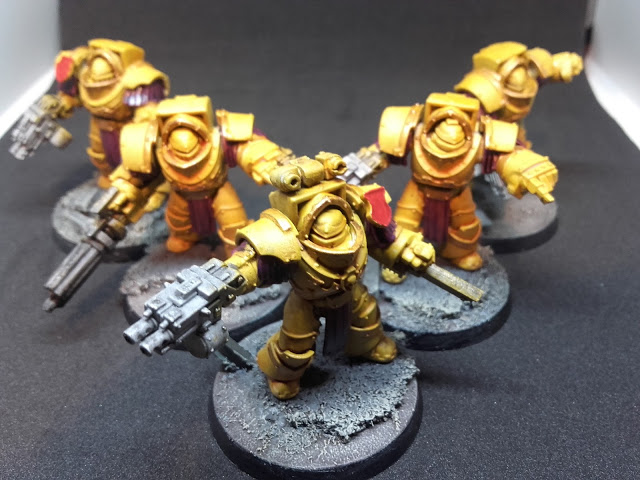 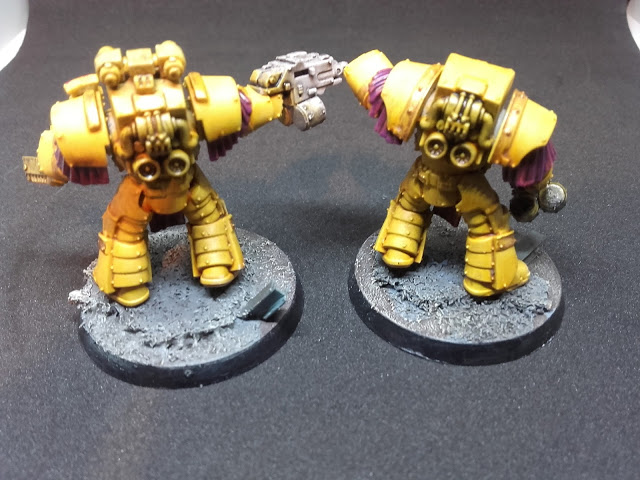 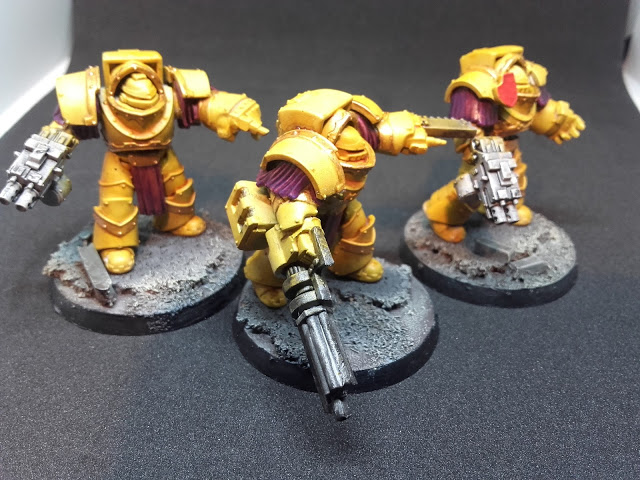 Still another twenty marines from Betrayal at Calth to go, as well as the Contemptor, the characters and a Rogue Trader era Land Raider. All still to play for.

Plus Dreadtober is coming up soon,  head over to Broken Paintbrush for more info. 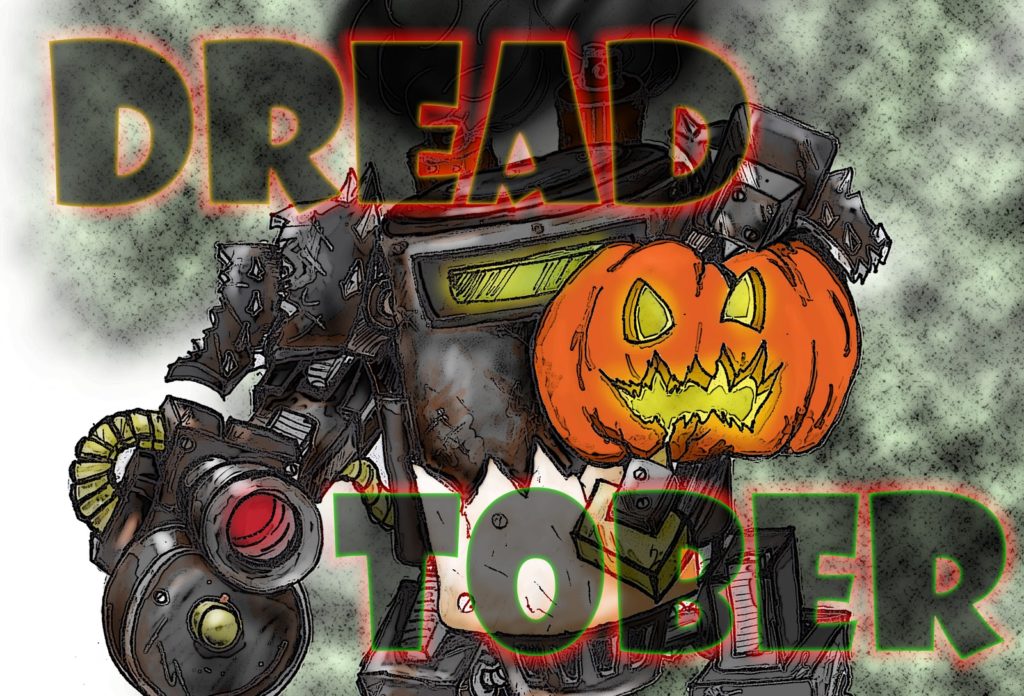