“Iron Within, Iron Without!” The chant sounded as the marines advanced down the corridor through a horizontal hail of bullets. They would advance on the enemy until they were spent…

I have spent the last while putting together my Iron Warriors breacher squad, all 20 of them. Not sure when I am actually going to get some paint on these. The imagery of this squad pushing through the enemy, reaching for that forlorn hope. 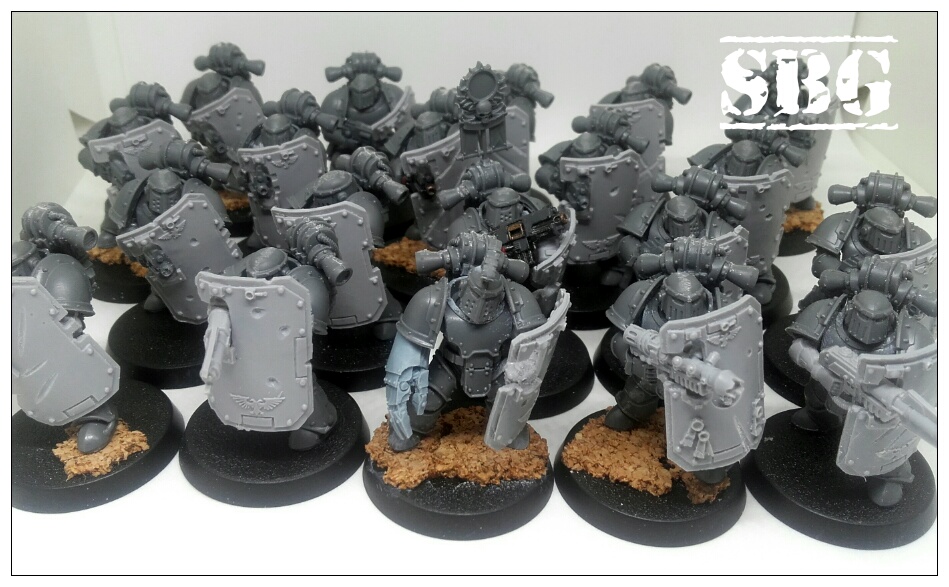 Armament wise the sarge has a power fist, from the limited edition Narik Dreygur model. The main body of that model is going to be more Warsmith. Apart from that the squad has two melta guns and graviton guns. The grav guns are there for pure looks alone, the 30K version looks so much better. 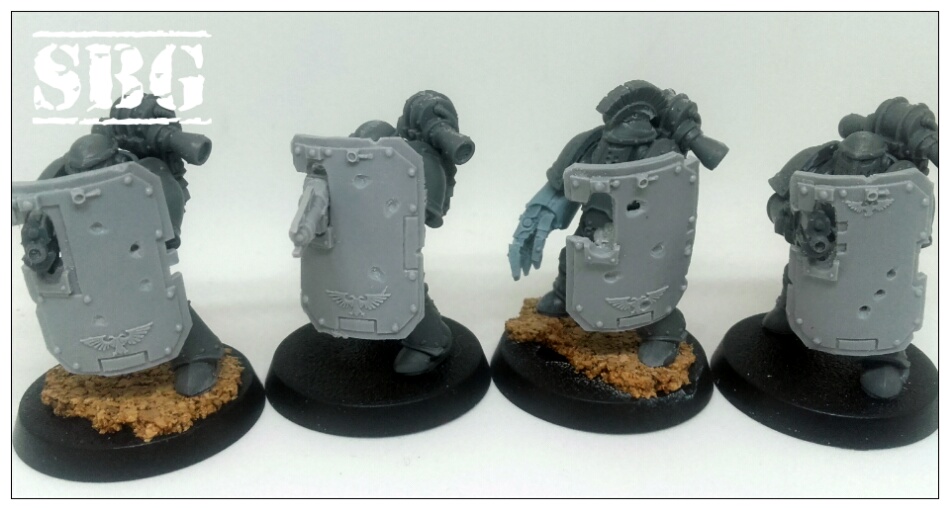 I have seem far too many pristine shields on breachers over the years. I knew that wouldn’t do for me, even though at first I planned on painting on the battle damage. In the end I drilled some shallow holes into the slab surfaces of the shields, letting some punch through. After some good feedback from /r/warhammer30k I went back and made the indents less uniform. Which makes a big positive difference. 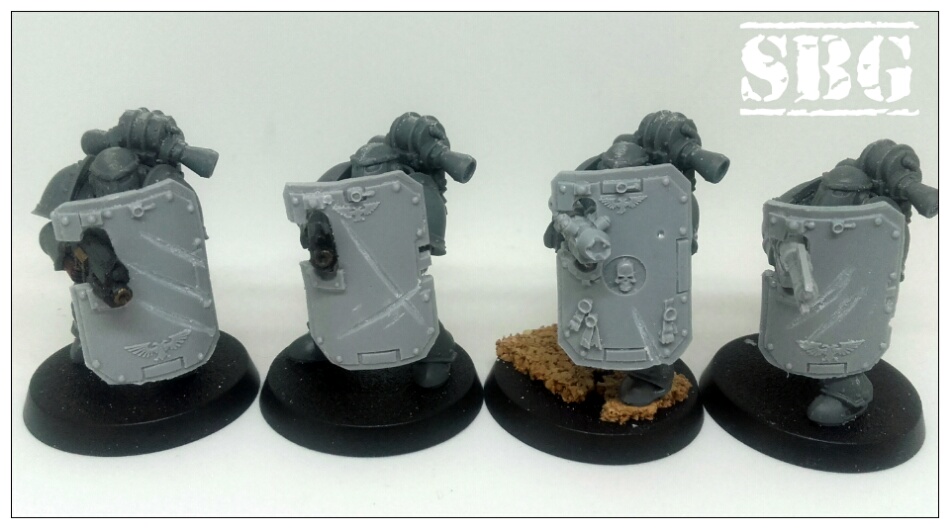 Not all battle damage are bullets though, so I carefully added some carved slashes into the shields as well. I will be interested to see how they look painted up. One shield in the 20 is pristine, either a newly acquired one or plain luck.